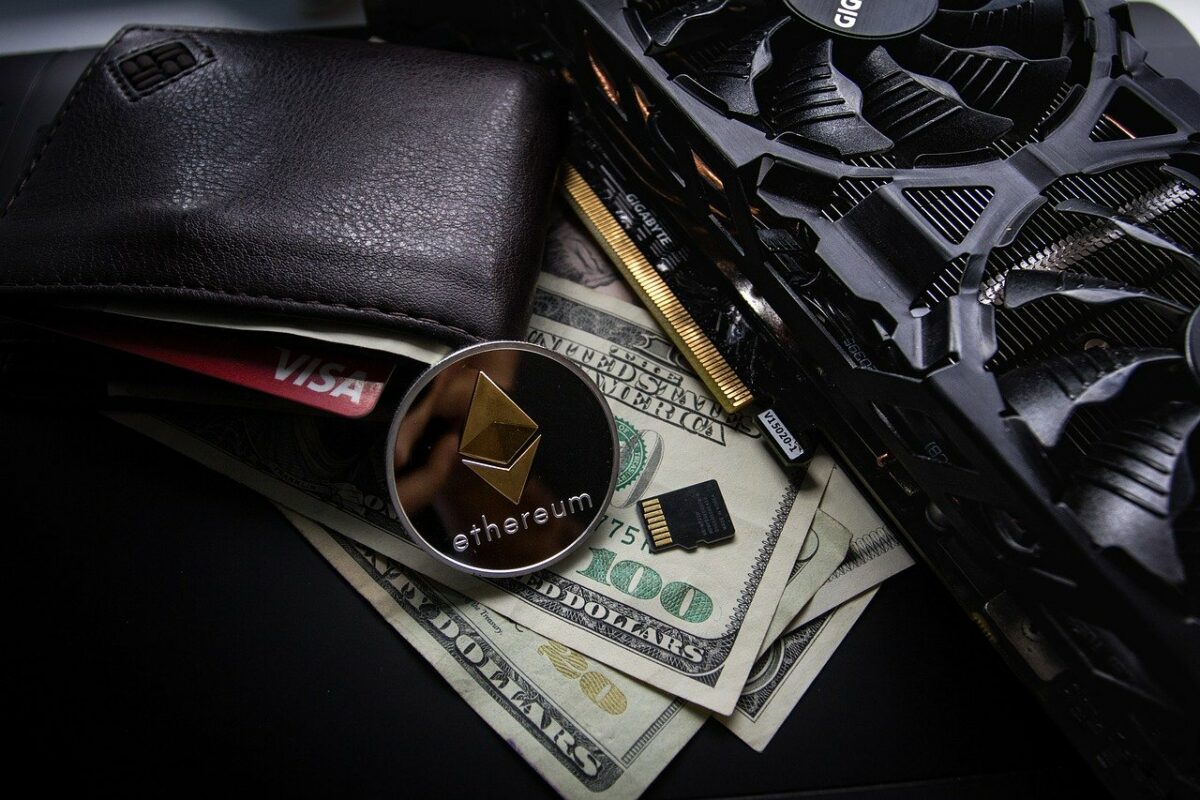 The crypto-market has seen significant price corrections since the geopolitical uncertainties of Eastern Europe gripped the globe. However, Ethereum has recovered after falling well close to $2300 on the charts on 24 February. At the time of writing, ETH was trading above $2700 after clocking losses of just 1% over the past week.

Meanwhile, what is worth noting here is that the network has also (almost) signed up 300,000 validators nodes as it makes its ultimate proof-of-stake shift. The figures for the same, as of 26 February, were 299,998.

Furthermore, the amount of Ethereum staked has also surpassed 9,596,399 ETH while the network has 65,400 unique depositors 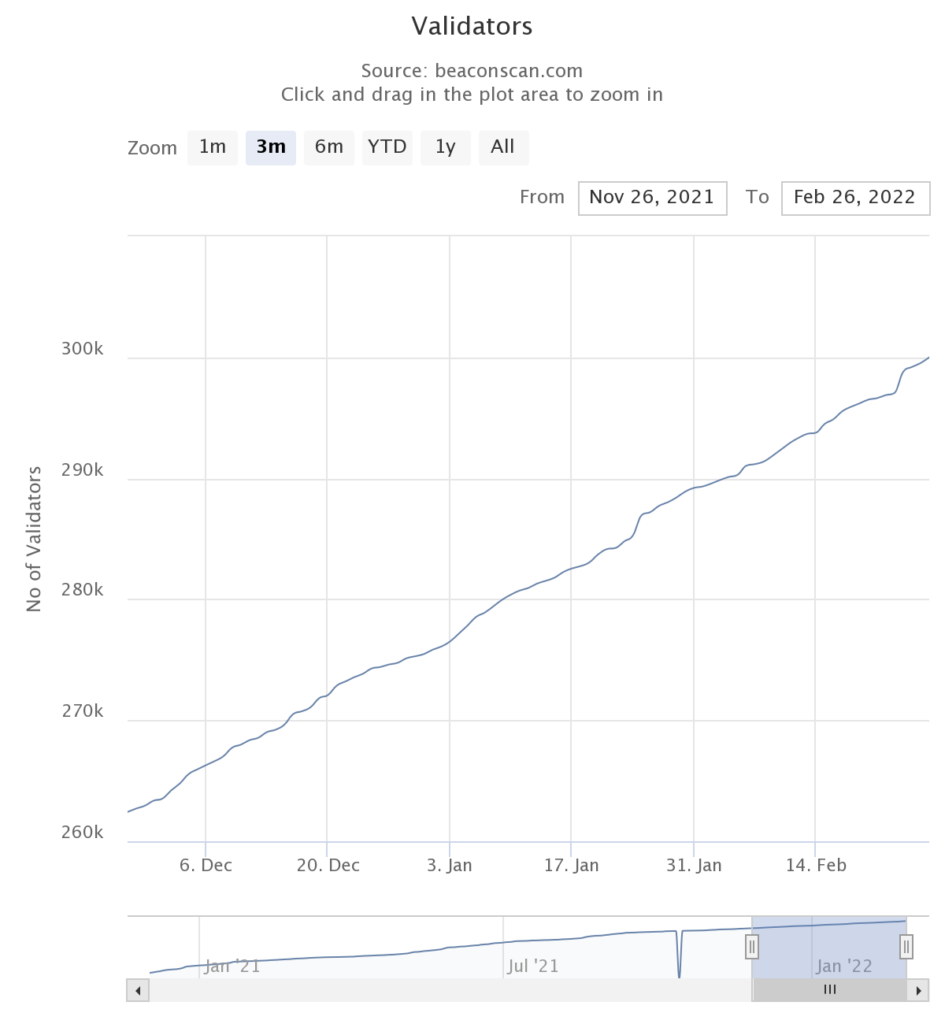 With the milestone approaching, there were again community members who urged the idea of decentralization and client diversity, especially among pools.

In a few hours the Ethereum beacon chain will cross the 300k validator mark. This is incredible progress for our network and we can be proud! Let's continue to focus on decentralization as we ask pools to practice client diversity and voluntarily hold less than 20% of validators:

What is also worth noting is the staking APR (Annual Percentage Rate). As the Shanghai upgrade is shaping up on the network, the merge of Ethereum’s mainnet with the Beacon Chain is expected in Q2 this year. And, the Shanghai hard fork will be a crucial upgrade towards merging ETH. Especially after the ETH2 terminology has been phased out ahead of the merge into a single chain.

Meanwhile, Coinbase anticipates that staking yields could rise from 4.3-5.4% APR to 9-12% APR post the Merge. This is because more rewards will go to the increasing validators on the network. Similar to how fees are allocated to the miners in the PoW ecosystem, staking will involve transaction validation on PoS.

Coinbase：Following the merge of Ethereum's mainnet with the Beacon Chain expected around June of this year, ETH staking yields increase as rewards will incorporate nettransaction (ex-base) fees currently paid to miners. Staking yields could rise from 4.3-5.4%APR to 9-12%APR. https://t.co/0yvQKrJZfk

Having said that, Chris Burniske, Co-founder of Placeholder, considers ETH, along with BTC, a mature market. He recently took to Twitter to call the rest of the market “emerging,” while calling the two projects “developed.”

Alas, ETH’s gas fees remain high and volatile. The network has paid 4.35k ETH in total gas fees over the last 24 hours alone. At press time, the median gas fees was close to 30, after witnessing a major spike to 135 ETH a few hours back.

Meanwhile, major ETH competitors are making bigger moves into the market, eating away its share. Ethereum, which dominated over 70% of the DeFi TVL just a few months back, currently controls 54.78% in terms of total value locked.

As far as its price is concerned, co-founder Vitalik Buterin doesn’t look too worried about the crypto bear market. In an interview with Bloomberg, Buterin argued that the crypto price fall might be supporting projects’ sustainability. He added,

“The people who are deep into crypto, and especially building things, a lot of them welcome a bear market.”

The how and why of The Sandbox’s recovery roadmap