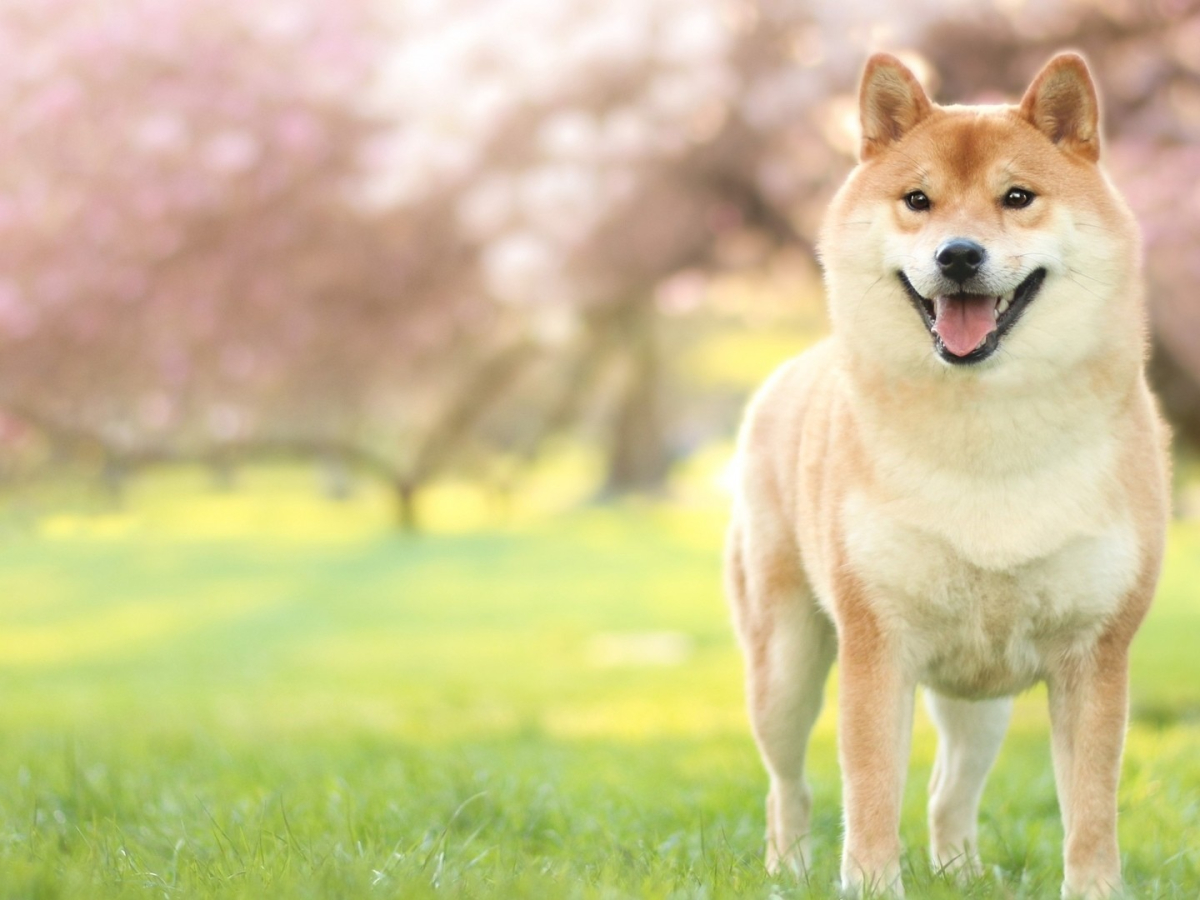 The greatest war is the war of perception. And, Shiba Inu seems to have won it, at least for the moment. Notably, SHIB has appreciated 1000x over the last year. However, the meme token hasn’t seen a lot of smooth sailing, especially of late.

After the Ukraine-Russia conflict broke out, SHIB tumbled down the charts. Even so, it’s intriguing to note that SHIB’s move south looked less affected when compared to the general market.

Now, Shiberse could be one of the reasons. On 25 February, Shiba Inu announced the launch of 99,000 digital plots of land in its metaverse. This excited many in the Shiba Inu community, bringing a ray of hope amid the market downturn.

What’s in it for ambitious traders?

For some traders, it’s nothing less than a gamble to ‘buy the dip.’ Alas, a huge chunk of retail traders has been sharing the same sentiment. Well, the near-term price trajectory of SHIB has to be the reason behind it. At the time of writing, the meme coin was changing hands at $0.00002405, down by 1.07% over the last day. Currently, traders who bought the dip in late January and decided to HODL might find themselves at war with their intuition.

Bears seem to have taken command while the coin is putting up a brave fight to break through its seven-day-long resistance at $0.00002713. If demand kicks in, the bulls may push up high to test $0.00003554 in the days to come. The probability of which can’t be relied on since RSI looked saturated on the 47-mark, at the time of this analysis.

And, MACD seemed up for a bearish divergence. However, amidst this bearish chaos, it’s important to note that SHIB’s long-term future prospects have profit-seeking opportunities. Something that traders and investors have been looking out for. Well, while price charts are yet to reveal latent money-making opportunity, on-chain metrics can be of great help here. 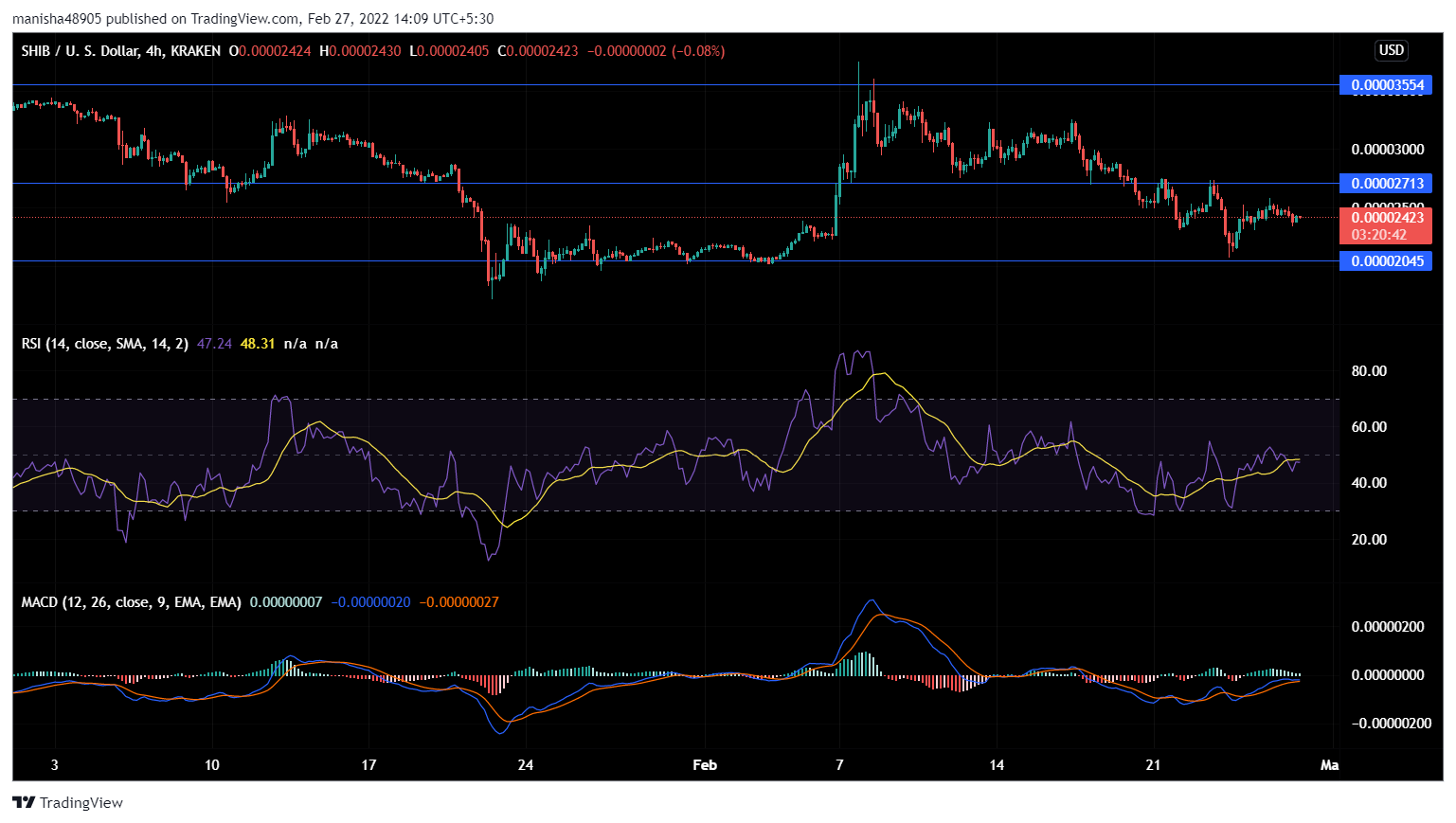 Two major Ethereum whales have purchased 105.7 billion Shiba Inu tokens. According to WhaleStats, an Ethereum whale named “Light” made a big addition to its holdings. The wallet now holds SHIB worth $887,617,540, 12.6 percent of its crypto portfolio.

However, the second investor has acquired even more SHIB than “Light,” as per WhaleStats. Now, one might wonder, what’s there for a trader in it? Well, profit-making opportunities.

Whales’ acquisition is usually a sign of a bullish trend that might follow in the long run. And, despite the near-term downtrend, whales have been putting in a lot of faith in SHIB. Interestingly, in the chart below, an uptick can be noted in the whale transaction count post 24 February. Definitely a decisive moment for people who are planning to enter the market.

It is also important to note that on a macro-scale, exchange inflows have been diminishing. Considering a closer time frame, exchange inflows for SHIB have not seen a major uptick except for the short ones. Recently, on 25 February, it spiked only to go down again. This simply means that investors gave in to panic selling at the back Ukraine conflict. But a majority of investors want to HODL through the Ukraine conflict in order to capitalize on the opportunity that lies ahead.

Before increasing the risk appetite, a look at active addresses is required too. Well, for SHIB, it has been an area of concern. The daily active addresses have been somewhat consolidating. A significant rise hasn’t been noticed for over three months now.

This doesn’t really indicate a bearish move but it does show the interest of investors. And, as of now, the interest seems to be waning a little.

SHIB’s uptick after 24 February does suggest that for investors with a higher tolerance of risk, or looking for a high risk-to-reward ratio, buying SHIB in a risk-off environment may be a good bet against uncertainty in the long term.

And, who knows, maybe SHIB can make you a millionaire one day. Probably not, but a lot of people do take hyperbole seriously.