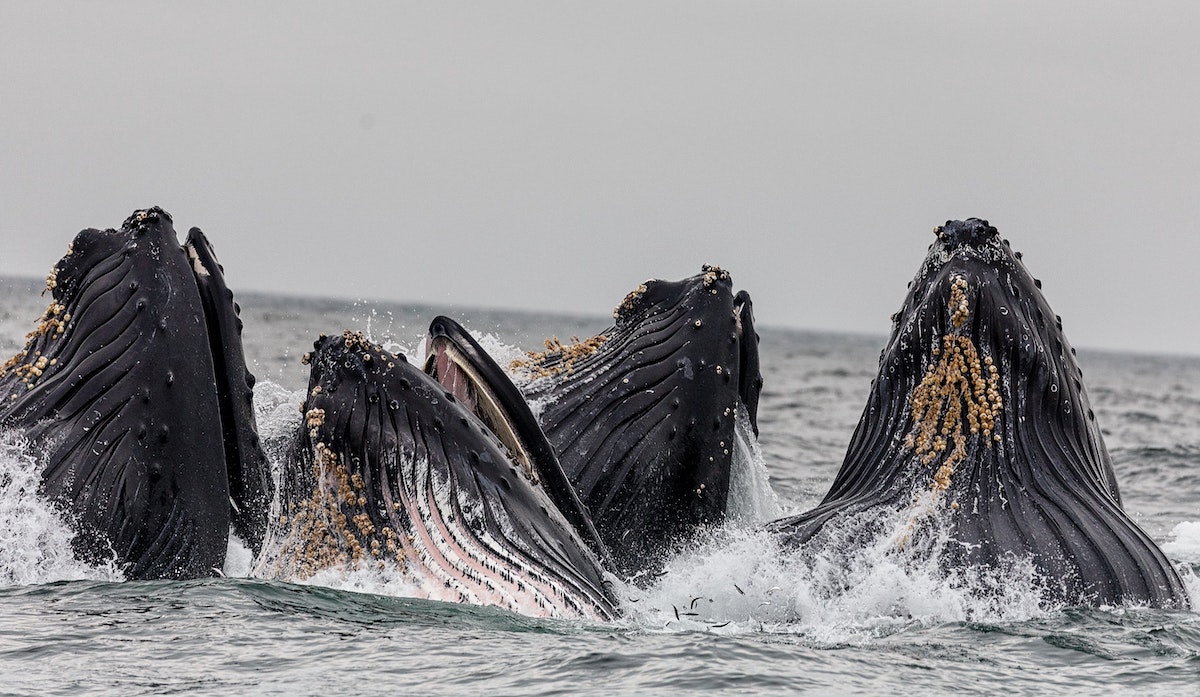 Cryptocurrencies continue to remain extremely volatile, with Bitcoin consistently on the verge of either topping its biggest monthly high or reaching its lowest monthly lows. One contributing factor to the market volatility is that the crypto markets have an abundance of whales – a term given to someone who holds a significant amount of a particular asset. It’s very common to witness the influence that whales have, on a respective token or sometimes, even the entire market.

In this regard, crypto analyst Willy Woo has a different point of view. According to the on-chain analyst’s recent tweet(s), the whales didn’t exactly control the crypto market. If not the whales, then who?

This chart displays weekly net flows to small holders (of less than 1 BTC). 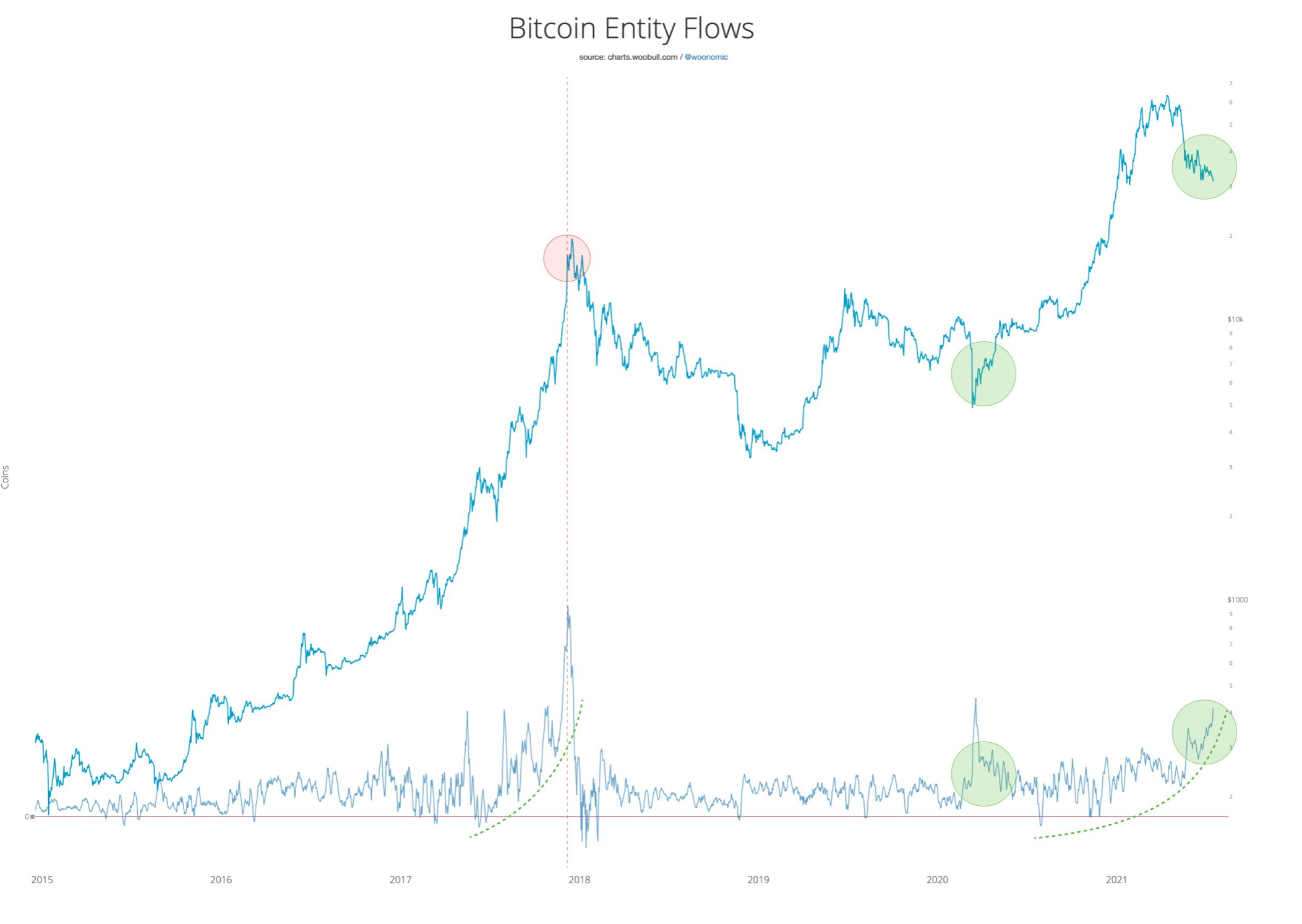 Small holders (who own <1 BTC) continued to stack BTC to offset the selling pressure of large entities or whales.

Although whales did play a vital part, it was only for the short timeframe as highlighted by Woo. The crypto bull stated that whales only influenced the short-term price action of Bitcoin, adding:

“Whales only drive the short-term market (which is the meme that most fixate on). In the macro timescale, I refer to whales, dolphins, and sharks bootstrap the start of a bull market. Plebs (i.e. retail) drive the middle and end of the bull market.”

In addition to this, this chart showcased the whale activity: 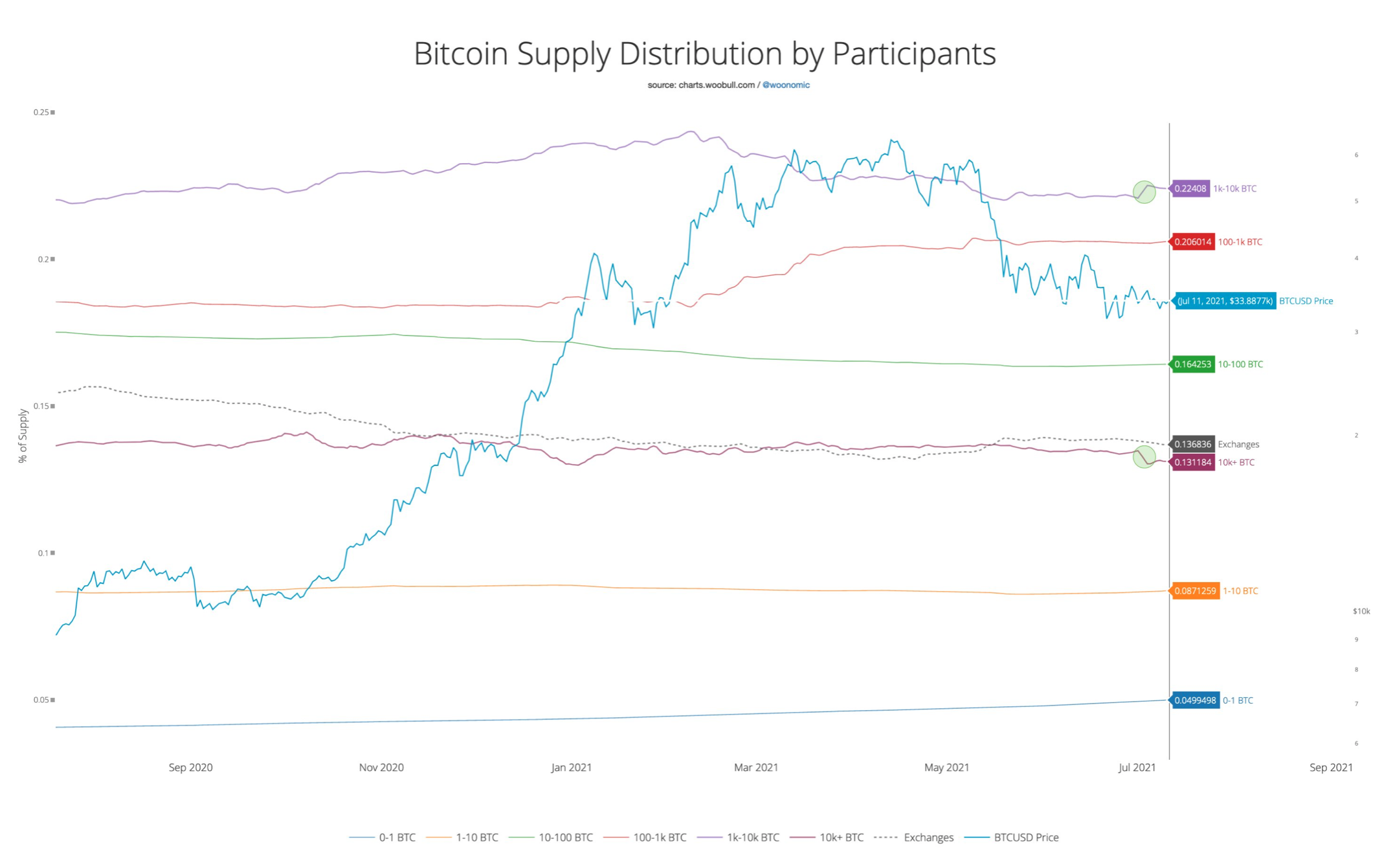 It stresses an important aspect, that is, smaller whales neutralized the selling pressure coming from their larger counterparts. About this, Woo said,

“My data is *all whales* (holders above 1k minus the exchanges who are also “whales” in the raw data). What’s happening is large whales selling, small whales accumulating, netting to near neutral.”

Another analyst presented a concurrent view, to support the aforementioned development. Fellow analyst and crypto bull, Will Clemente, responded to a follower’s questions as below.

1. Yes
2. This is using entities, so 1,921 whale entities
3. 4,216,730 BTC
4. It's a nice uptick, but keep in mind this has trended down for months. Watching to see if this is perhaps a new change in trend. (whales accumulating instead of distributing) Also watching new whales pic.twitter.com/ykXvVg9pNg

However, it’s fair to say, this is contrary to the belief of many traders that large entities are the ones driving the state of the market.

For instance, another analyst who goes by the name Mr. Whale contradicted Woo’s opinions by stating,

Whales are the main ones that drive the market. This data is misleading, and tries desperately to paint a bullish picture, despite all metrics pointing to a bear market.

This is why we cannot take these maxi “data analysts” seriously. They just mislead their followers with BS.

Related Topics:Bitcoin whalesWilly Woo
Up Next

Here’s why mining Bitcoin continues to get easier

Why is the US govt offering a Bitcoin and crypto bounty