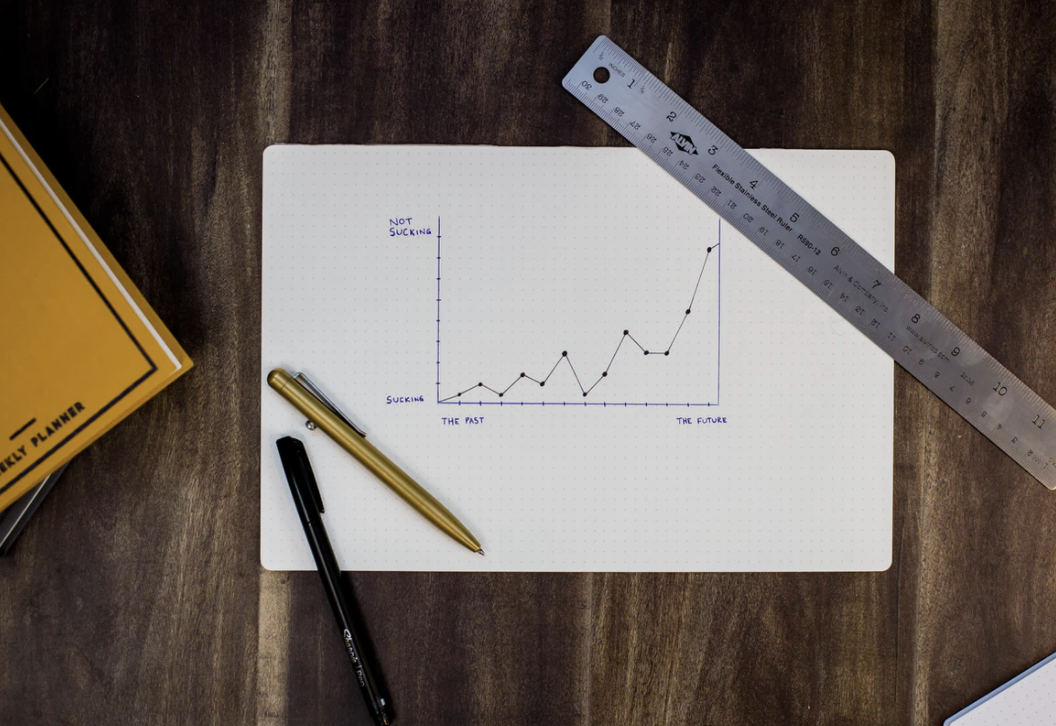 Cardano has been a consistently trending altcoin for a while now. Reasons can range from the coin being a potential “Ethereum killer” to different upgrades that contribute to the network’s growth. But when its recent price movement is taken into consideration, the story somewhat changes.

Crypto Capital Ventures analyzed Cardano and described how the coin might be about to fall into the hands of bears.

Cardano about to fall?

According to Crypto Capital Ventures,

“Cardano is in a very clear downtrend. You have to be very careful of that”

Since the present ADA market is consolidated within the $1 and $1.6 range, chances for the coin to break past them seem frail. However, the good news is that even if there is some retracement, it won’t last for long. Closer observation shows that for as long as the last bull market lasted, the recent bull market only remained for half of that time.

Since the bull market was slashed by 50%, the potential downtrend that we could enter would be cut in half as well. It won’t be a drawn-out process. 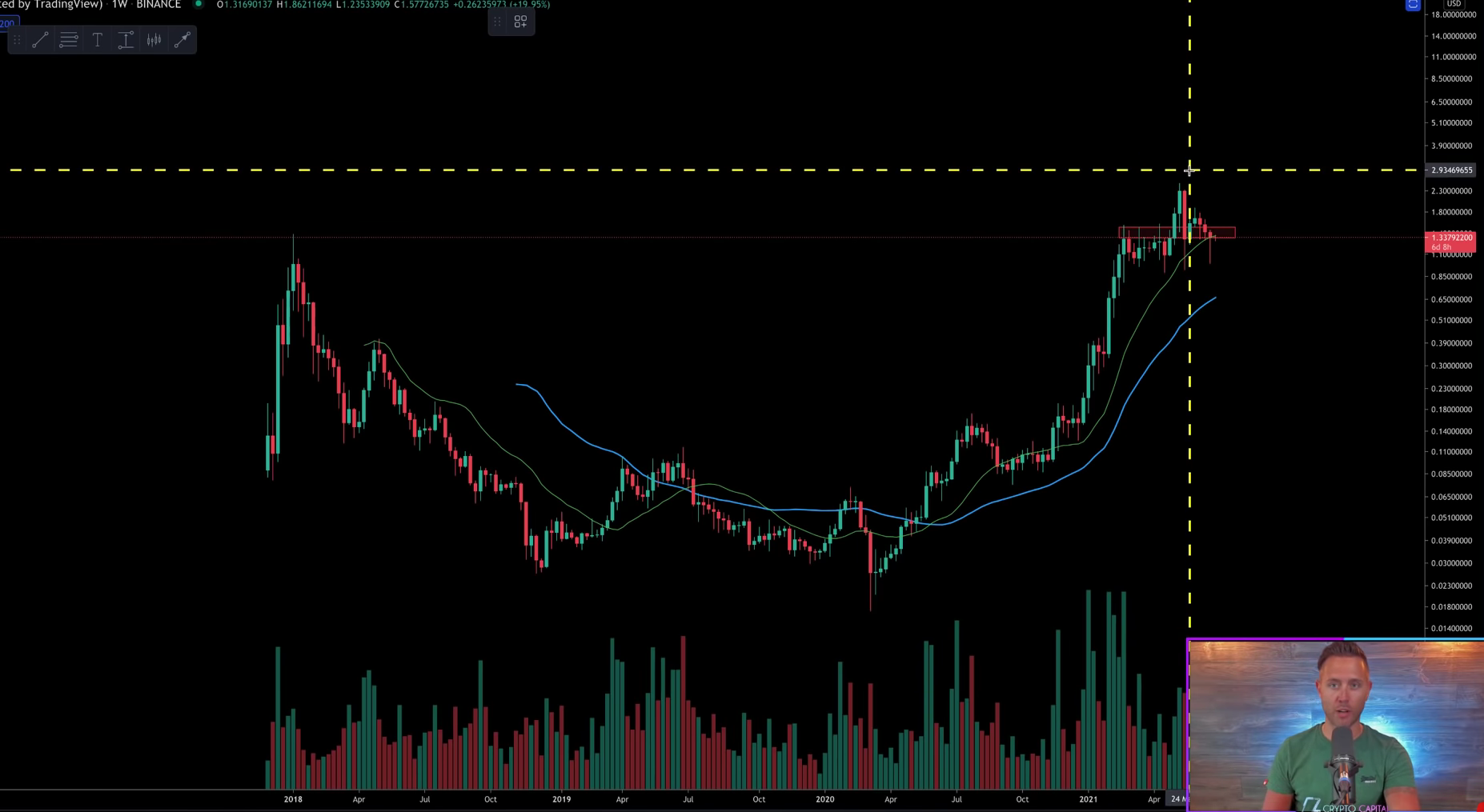 What are the ADA’s safe zones?

Usually, a critical support level is considered a safe zone. However, Cardano has time and again proved the $1.3-$1.5 (larger red rectangle) is an important area as even the 2018 ATH was at $1.3. Besides ,the altcoin has been dancing around in this area for quite some time now.

Since February, the zone has had multiple flips from resistance to support to resistance again (see chart). This movement makes this zone crucial for a bull run as converting it into solid support can push the coin upwards. 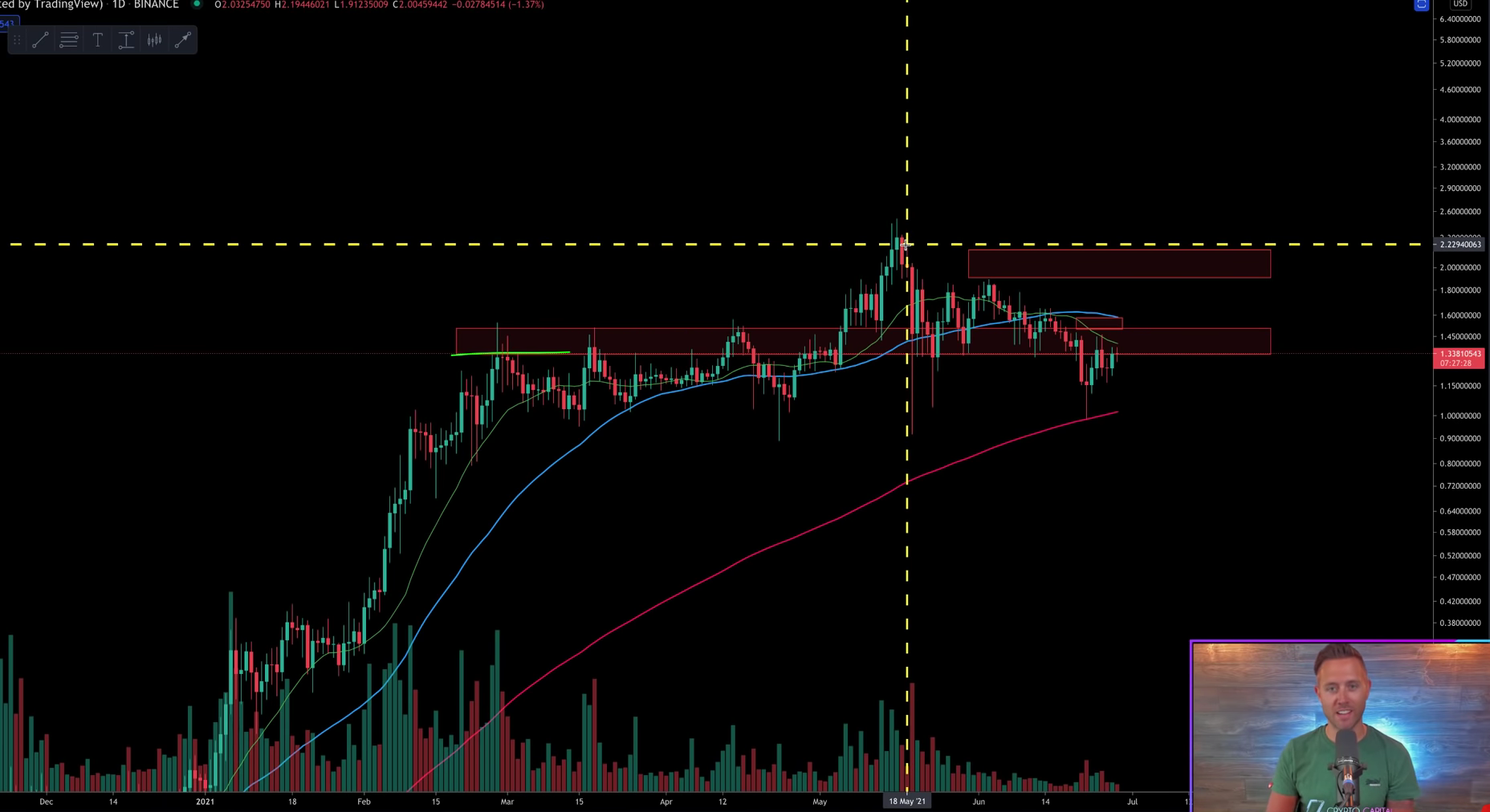 Furthermore, analysis showed that the coin failed to break past as many as 4 different resistances. First, the coin fell under the trend lines, second, it couldn’t flip 50-day Moving Average into support. Third, it also couldn’t breach the 20-week Moving Average and finally, even the $1.30 and $1.50 continued to remain as resistance. 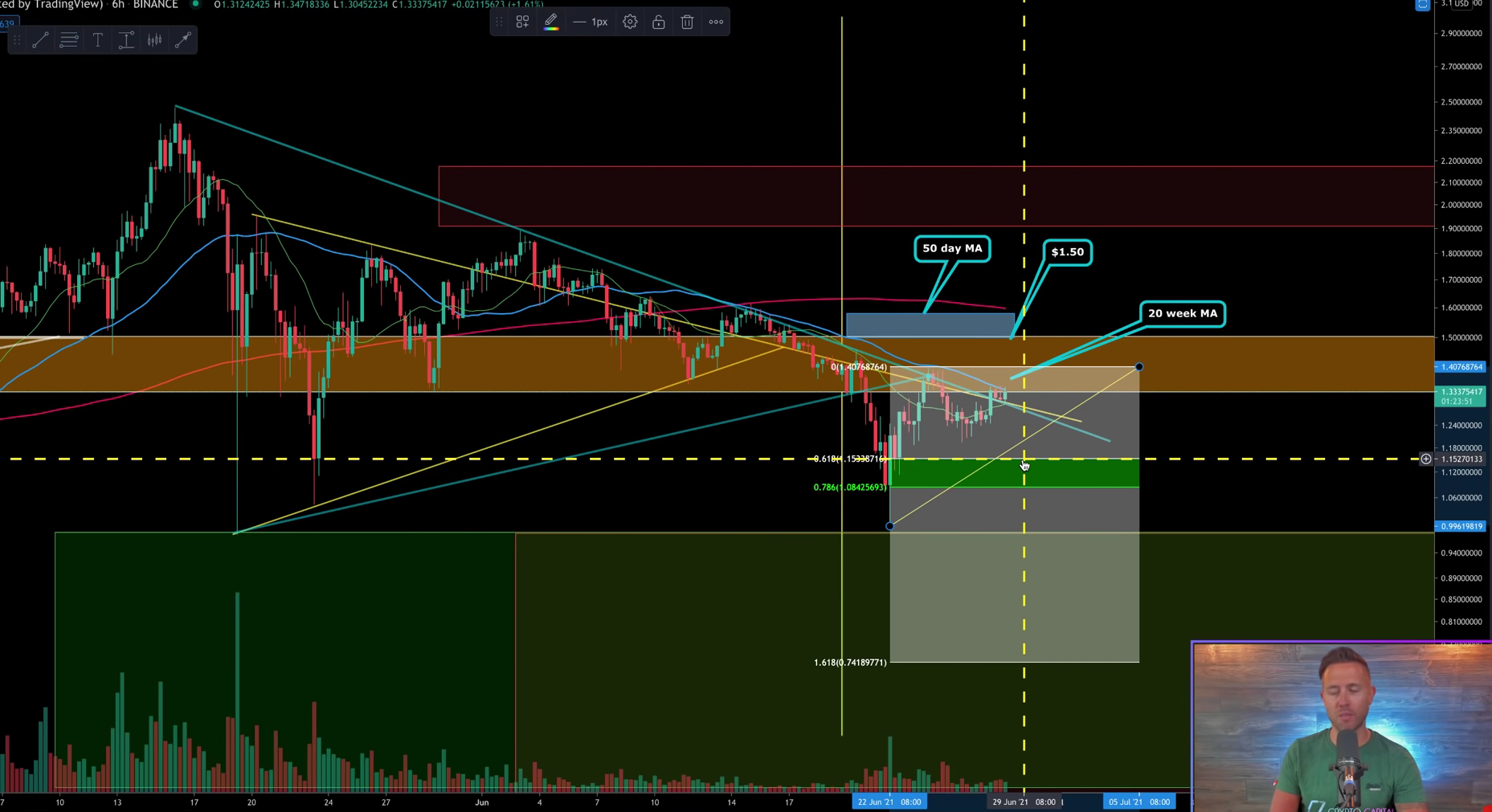 If ADA manages to tear through all those resistances, a trend reversal can be confirmed and the market would turn bullish. But if it continues to fall, a consolidation at $1.15-$1.08 can be expected.

In the short term though, $1.4 is a crucial breaker level, which when breached by Cardano would place the coin in a bull run. 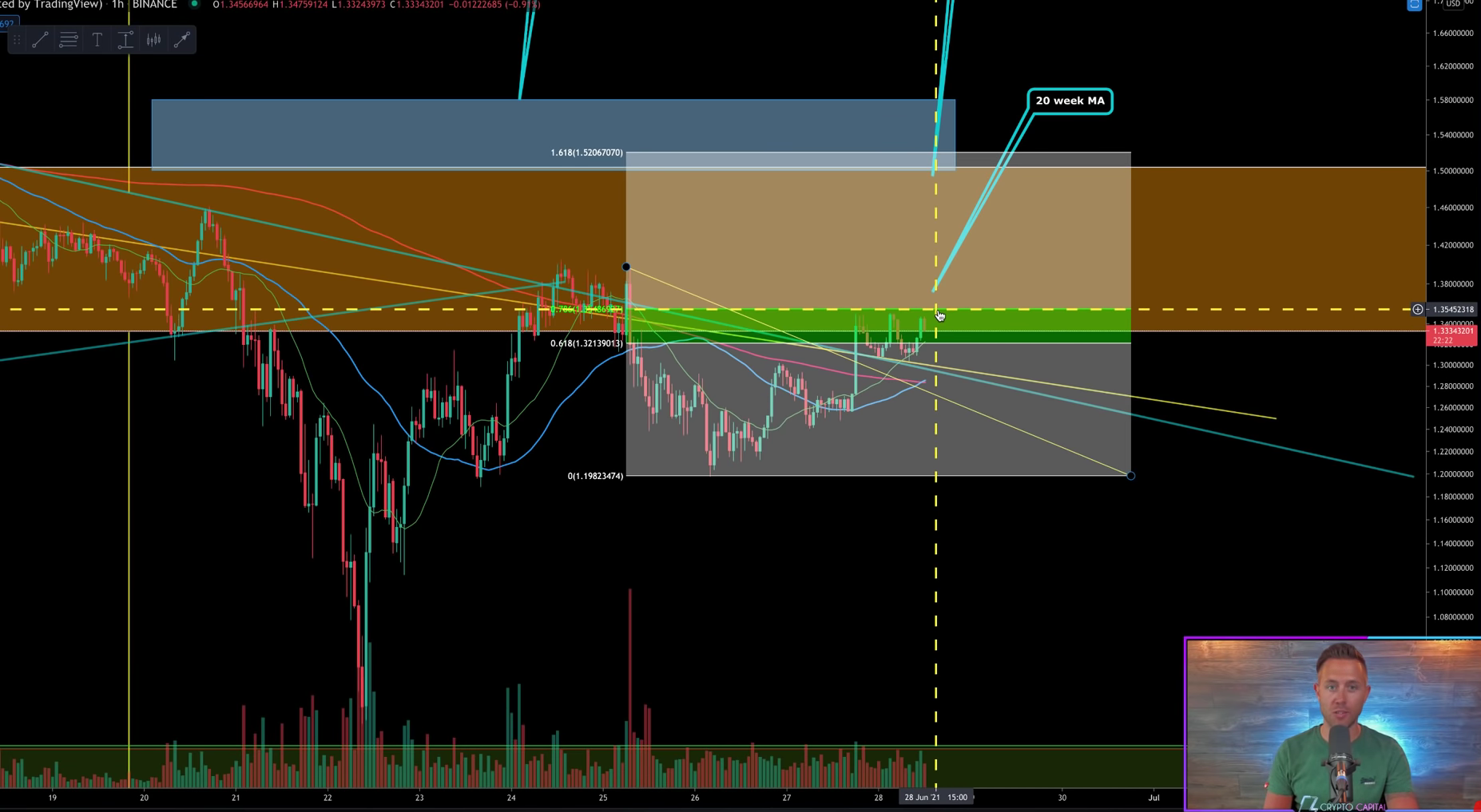 Chainlink’s surge depends on it making this move

Ethereum, Cardano and VeChain and alts: Find out about ‘where the massive gains are made’