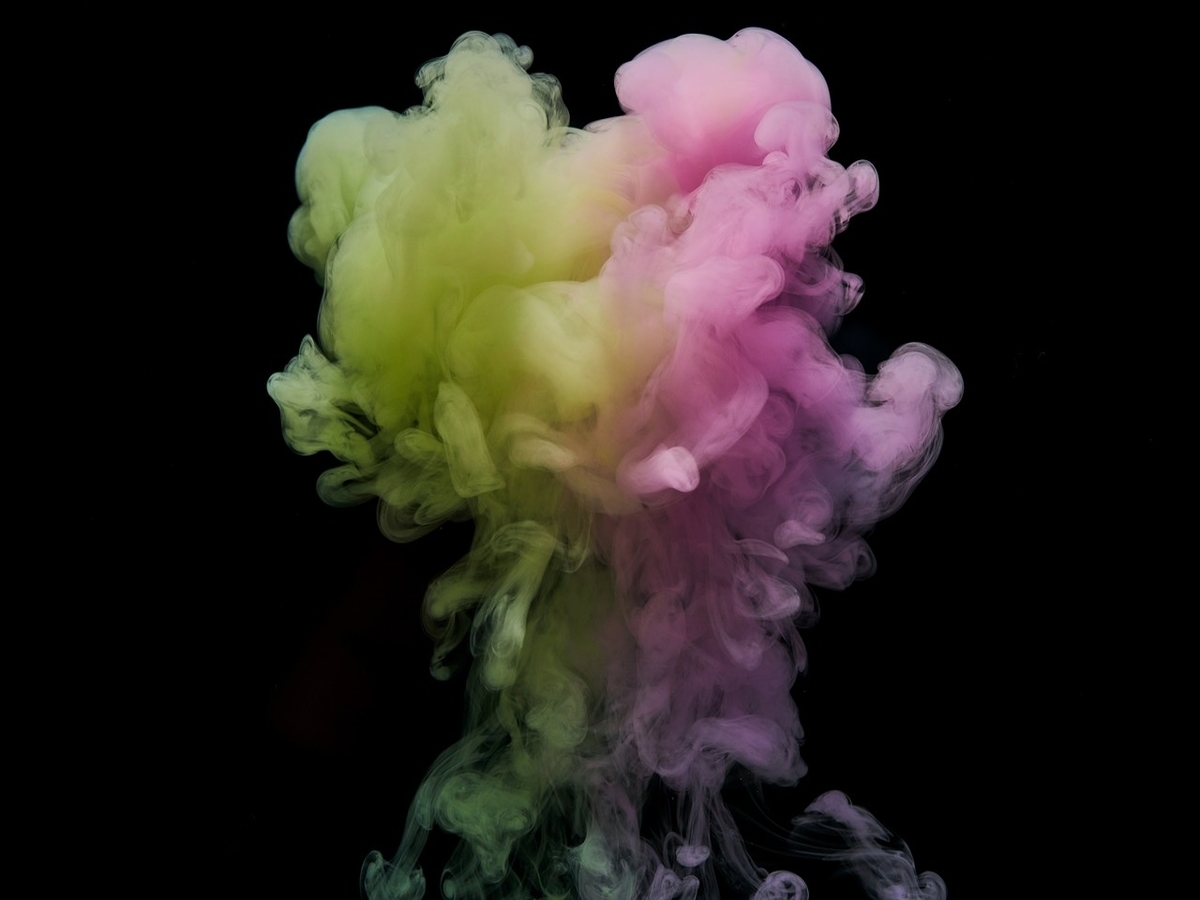 As everybody’s eyes remained fixed on Polygon network’s MATIC, the token went to outperform the broader crypto markets during the recent crash. MATIC was one among the few tokens that did not completely drop in the last week’s bloodbath. With a market cap of over $14 billion at press time, the token stood 13th on CMC’s rankings.

“MATIC is even close to new all-time highs and erased all the losses from the previous crash… The bull cycle continues.” 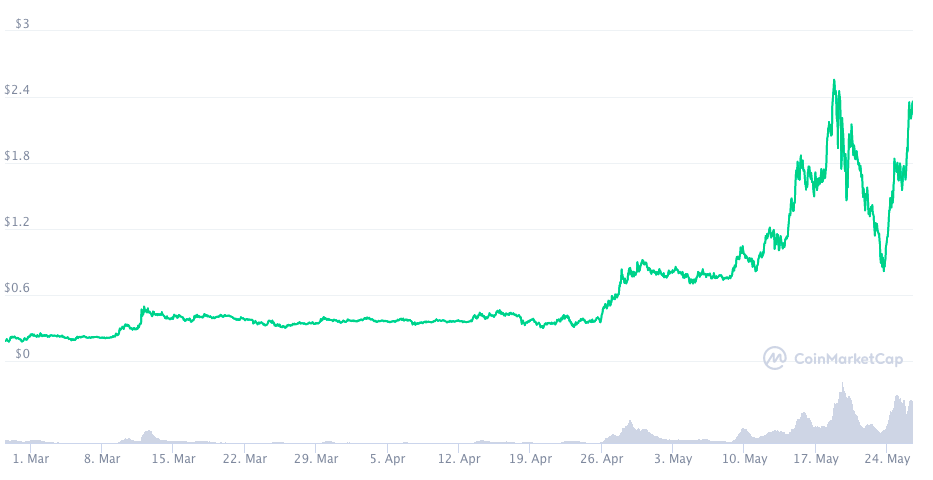 If MATIC tumbles below $1.2 in the coming days, Michaël prompted that the “higher low” would merely act as an additional entry point.

For now, Michaël said, MATIC was just “continuing its momentum” and a slight downfall from its current range in the coming days seemed likely. During the consolidation, the token’s price could fall back anywhere in the $1.4 to $1.3 range. Post consolidation, the analyst asserted, MATIC would bounce back to a price higher than $2.4.

Additionally, Into The Block’s data suggested that the growth in the token’s price has been correlated with the growth of its network. YTD, MATIC has amassed more than 61,720 new holders and the total number of addresses with a balance reached a new high of close to 87.4k last week.

MATIC token’s network, Polygon uses the Plasma Framework and boasts of up to 65,000 transactions per second in a single block, offering users cheaper and faster transactions than Ethereum and its other competitors.

The Plasma framework, additionally, permits Polygon to create unlimited number of DApps and the past few weeks have seen well-established protocols including SushiSwap, 1inch and Aave have seen growth on Polygon.

Aave, for instance, launched on Polygon earlier in April this year. Despite a brief hiccup midway,  the protocol’s daily unique addresses on Polygon have been on the rise. Additionally, during the third week of May, the daily transaction count for Aave on Polygon was oscillating in the 200k – 250k mark. 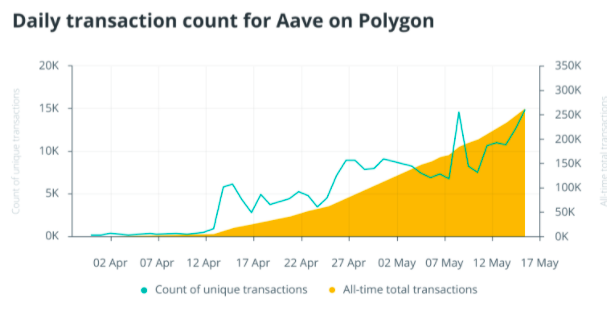 Polygon’s low transaction fees, amid Ethereum’s rising costs and network congestion, makes it a better option. With its increased adoption over the past few weeks, Polygon has presented itself as one of the best-known scaling solutions to the community and the same has rubbed off positively on its token’s price.

This Bitcoin aspect is ‘unbelievable’ for some, while it’s ‘too much’ for others

Sustaining a regulation-compliant ecosystem with GCR