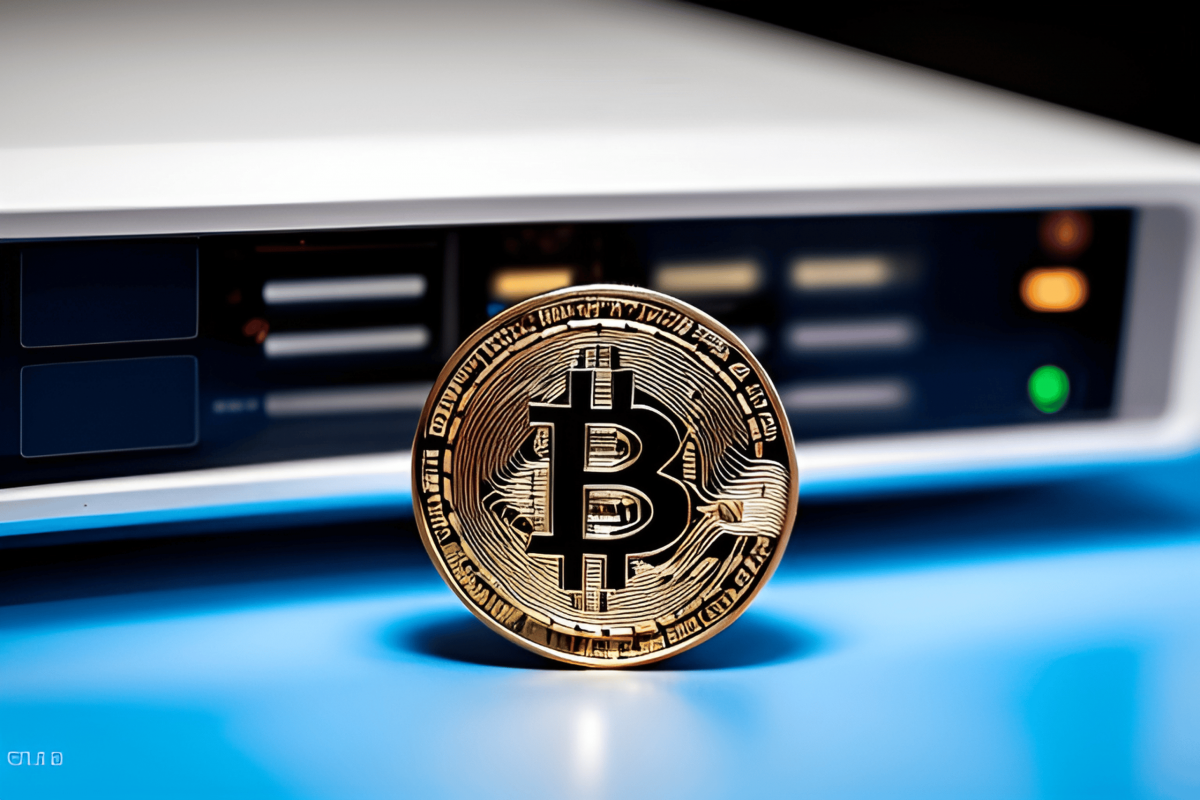 Since the Terra Luna [LUNC] collapse, the number of Bitcoin [BTC] retail investors continued to rise and stood at 17.1% of the total circulating supply at press time, according to Glassnode. 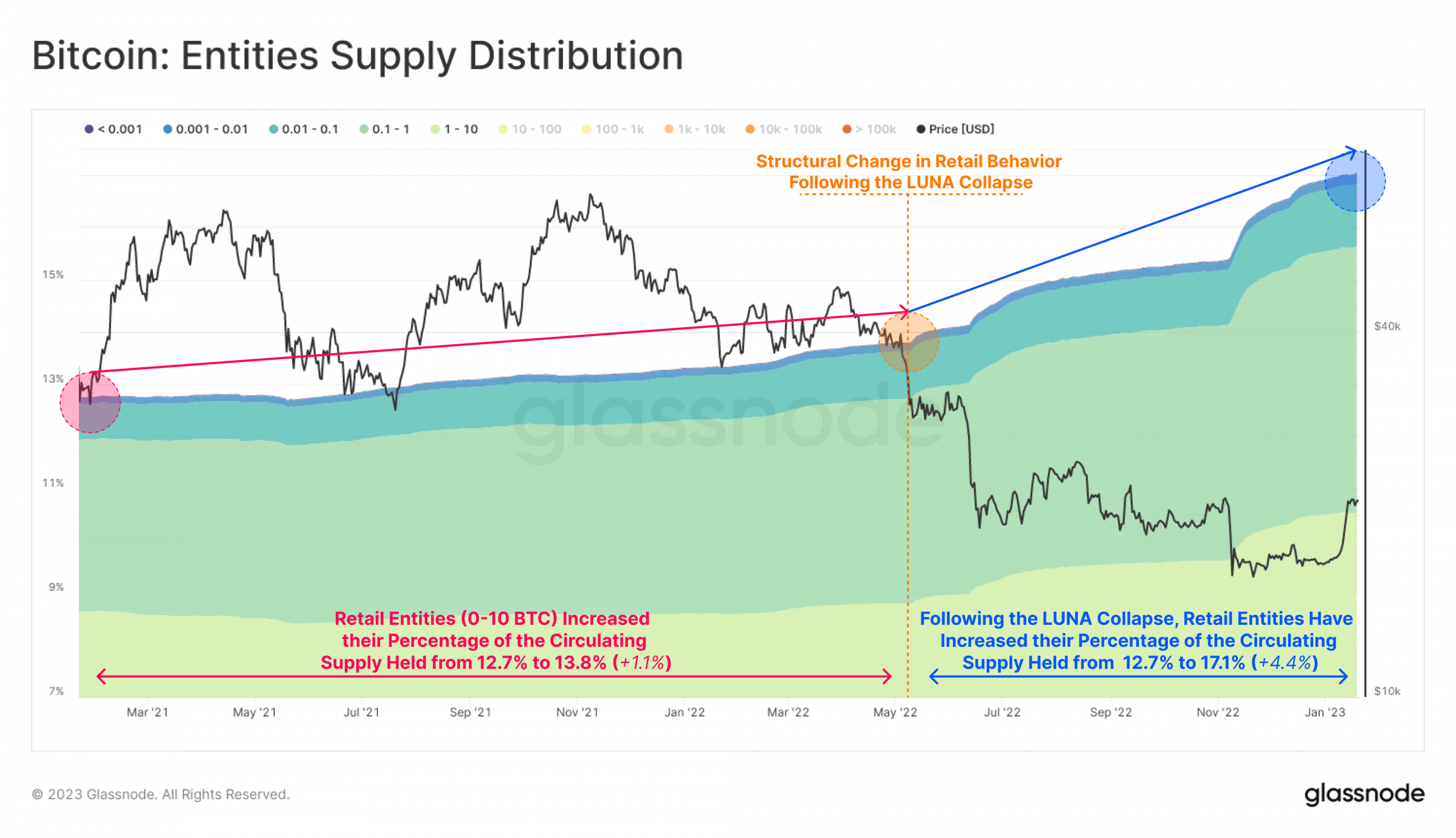 This represented a 4.4% increase over the past eight months, which was a positive sign for the decentralization of the Bitcoin network, as it suggested that it was not as controlled by large “whale” investors.

In addition to the growing number of retail investors, the number of investors in profit also increased during this period.

According to Glassnode’s data, the percentage of short-term holders in profit reached 92%. However, this could impact the selling pressure on Bitcoin, as many short-term holders may choose to sell their BTC for a profit, which could eventually affect retail holders. 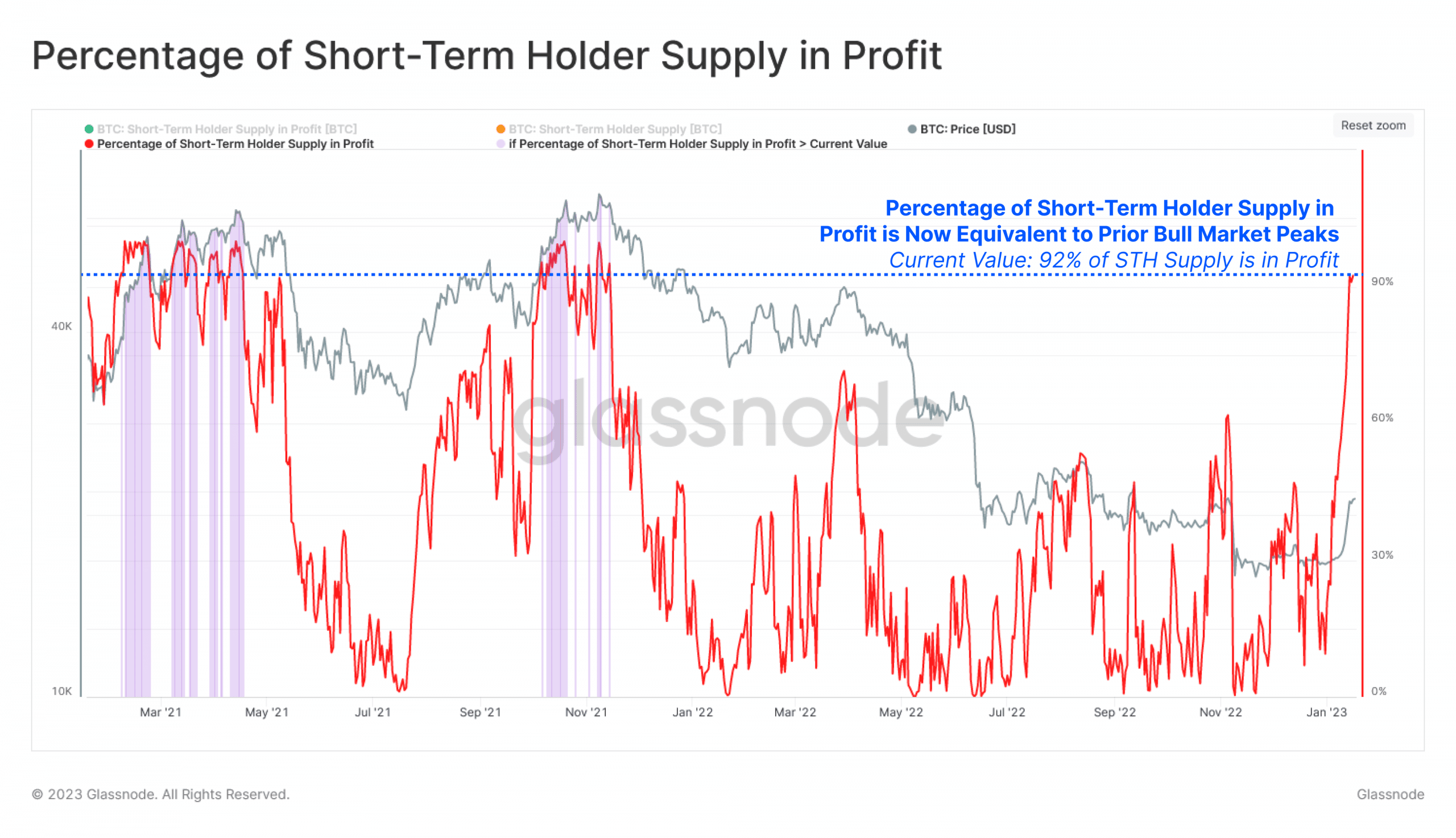 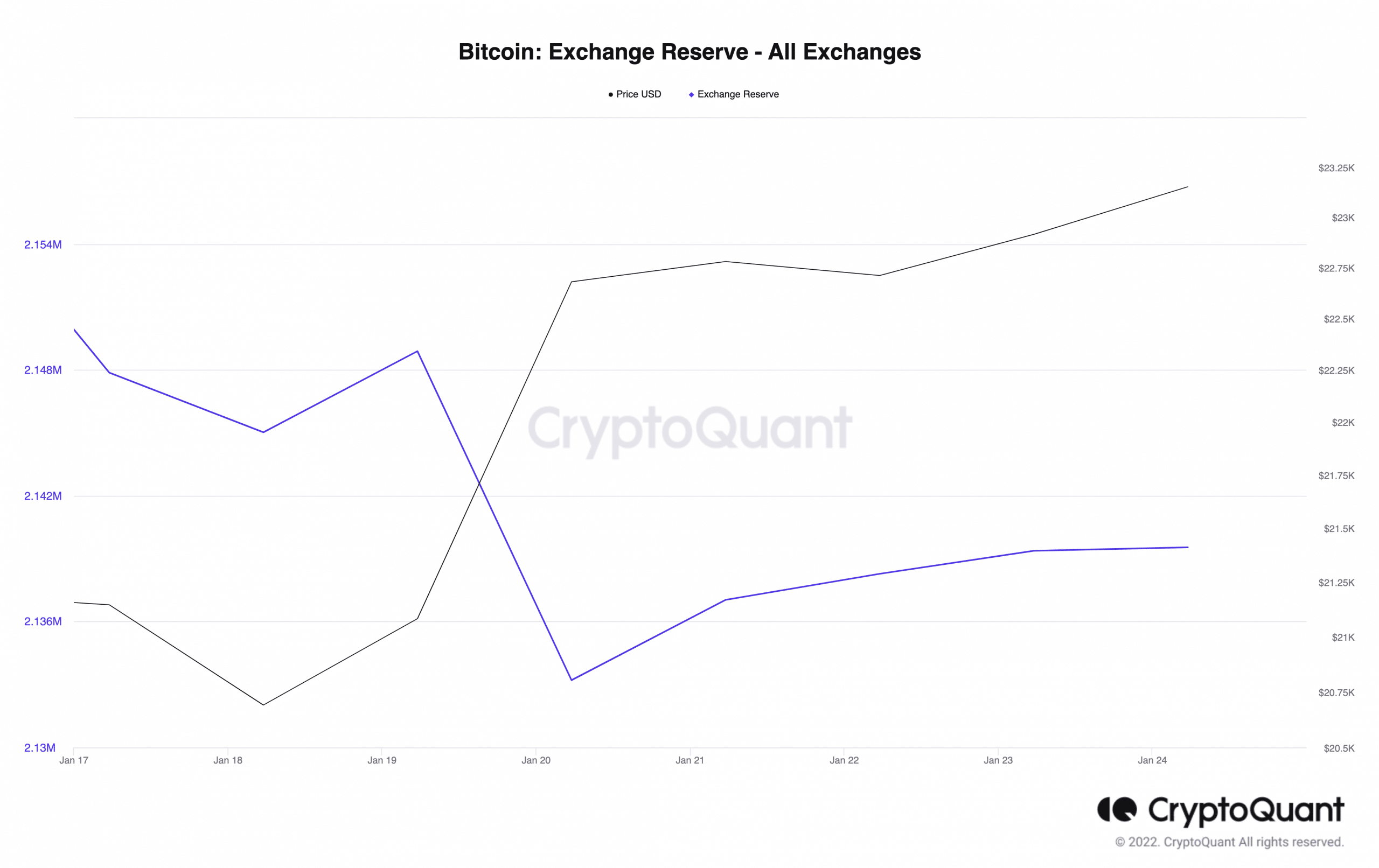 However, things could take a turn for the worse for BTC soon. One worrying indicator was the decline in Bitcoin addresses activity. According to information provided by CryptoQuant, the number of active addresses on the Bitcoin network decreased by 27.64% in the last 24 hours.

Additionally, Bitcoin‘s velocity fell sharply as well, indicating that the frequency of BTC transfers among addresses has decreased.

Despite this decline in activity, traders continued to go long on Bitcoin at press time. According to data provided by Coinglass, trader sentiment towards the king coin turned positive over the last few days, and at the time of writing, 51.92% of all trades were long positions made in favor of Bitcoin.

It remains to be seen if holders cave into the selling pressure or if they continue to HODL BTC. At the time of writing, Bitcoin was trading at $23,082.73 and its price grew by 1.56% in the last 24 hours, as per CoinMarketCap.

TRON becomes legal tender in this country: Here’s how TRX will be affected