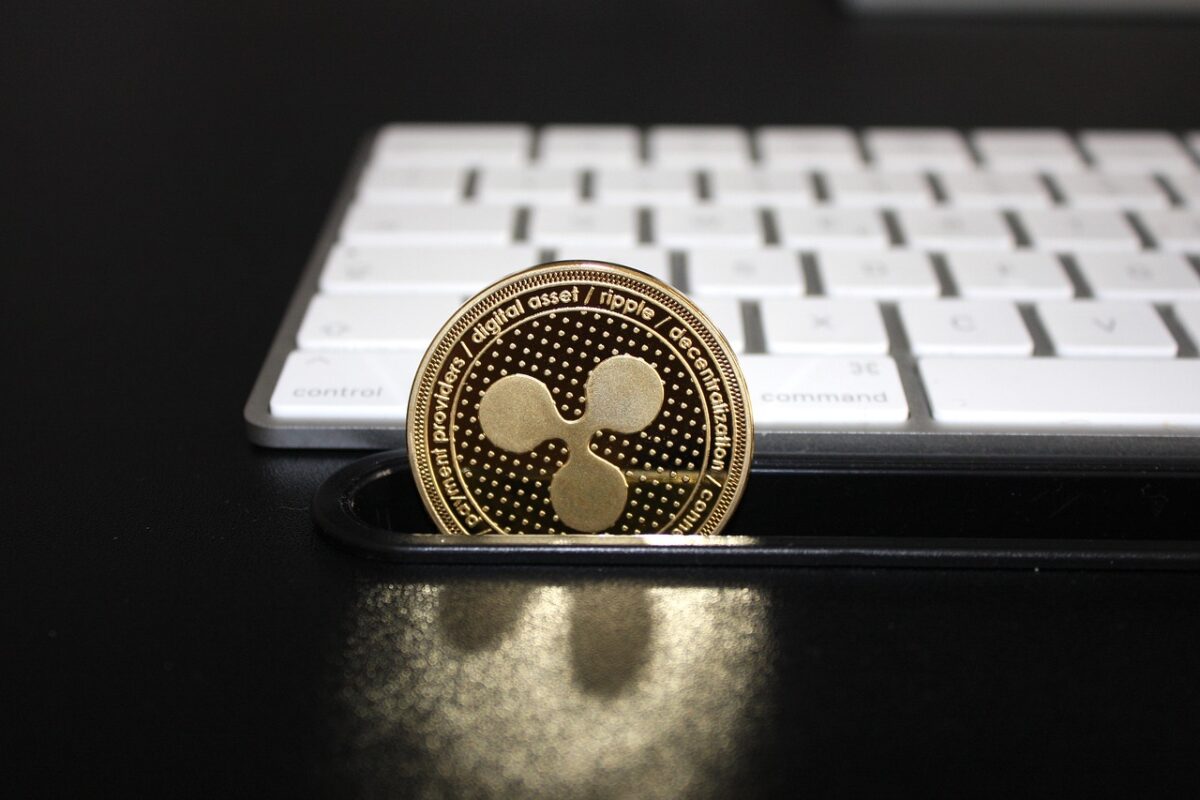 Ripple, the San Francisco-based fintech firm, has been trending in the news for quite a while now. Well, mostly because of the ongoing litigation filed by the SEC against it, a lawsuit which commenced last year in December. At the time, the Securities and Exchange Commission charged Ripple, Co-founder Christian Larsen, and CEO Brad Garlinghouse with conducting an illegal securities offering that raised more than $1.3 billion through sales of XRP.

Thanks to wider market corrections, XRP’s price action has been suffering of late. Having hit an ATH not so long ago, at the time of writing, XRP was trading just below the $0.60-mark with a correction of about 5% in 24 hours.

Here’s an interesting aspect – Even though the alt’s price suffered, a former Ripple exec dumped around 240 million XRP this month, a period during which the value of the digital asset has collapsed from $1.09 to $0.593.

Ripple Co-founder (ex-CTO) Jed McCaleb, continuing with his traditional practice, has dumped around 240 million XRP holdings from his “tacostand” wallet to crypto-exchanges. According to data from XRP analytics provider, XRPScan, McCaleb has made around 24 transactions, overall, since the month of June began.

The transactions, as of now, include, 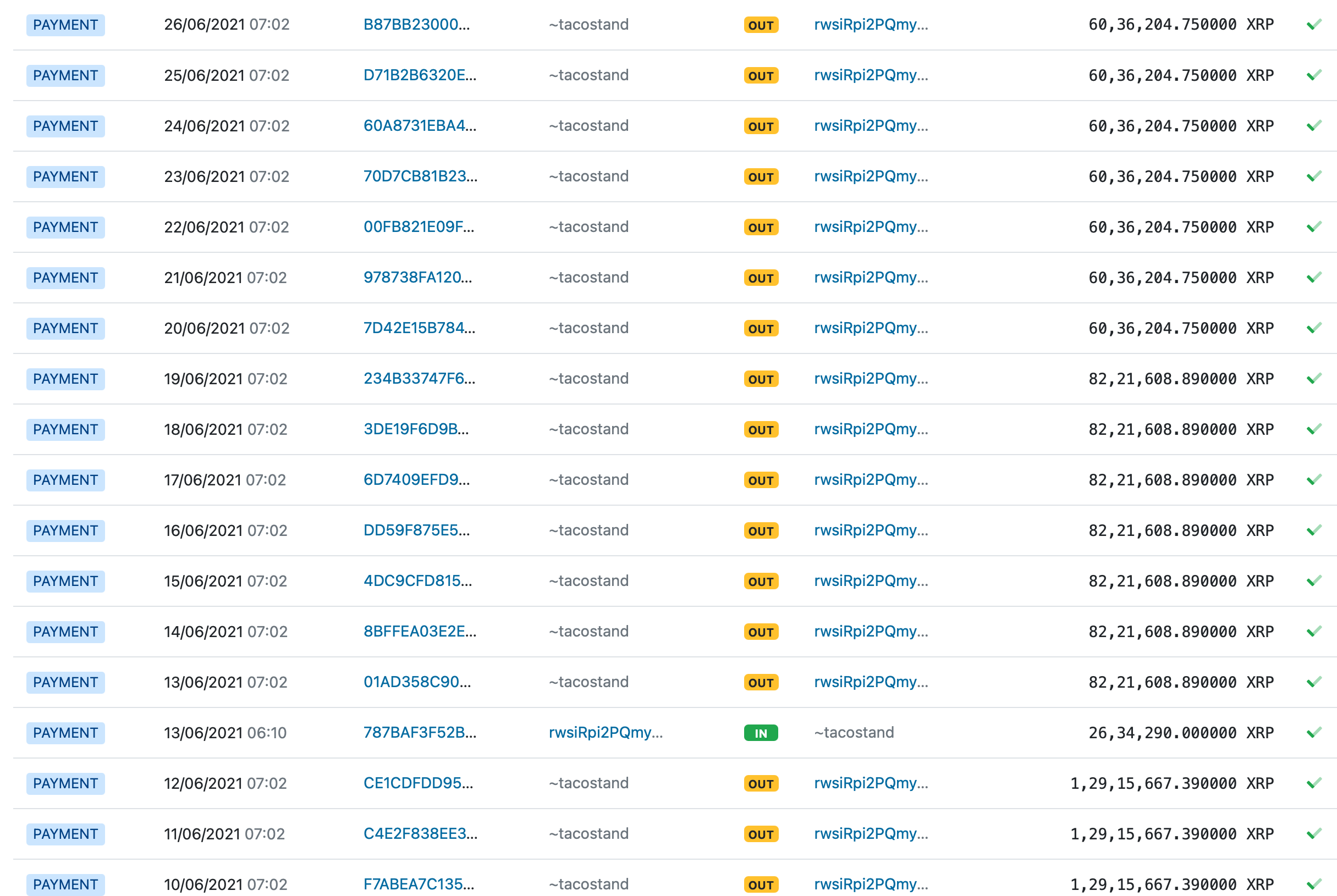 At the time of writing, the aforementioned sale amounted to around $148 million at press time.

Here, it’s worth noting that the ex-CTO also received just over 442 million XRP from Ripple on 2 May as part of his monthly payout contract with Ripple. According to this agreement, McCaleb would receive around 8 billion XRP tokens for his role.

Now, when will Jed run out of his XRP holdings?

As per tacostand, his current balance is around 413 million XRP.

Furthermore, the data published on the “jed.tequ.dev” website underlined the trend via which the crypto-billionaire could soon exhaust his XRP holdings. 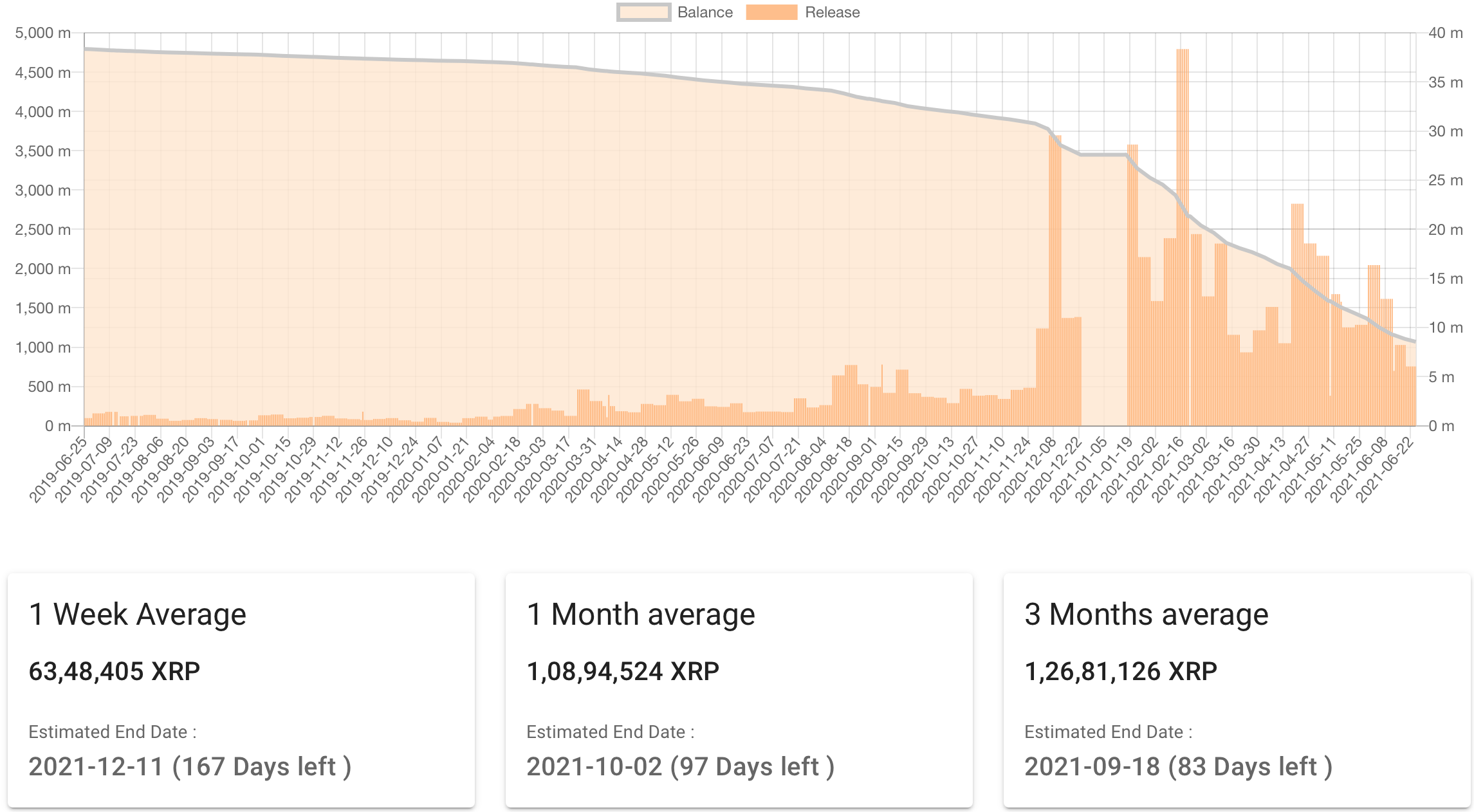 Jed McCaleb started his journey with Ripple in 2011 when he was one of the founding members when it launched. However, he soon left in 2014 to work on Stellar (XLM). Earlier this year, he was featured in “The Cryptocurrency Tycoons On Forbes’ 2021 Billionaires List.”