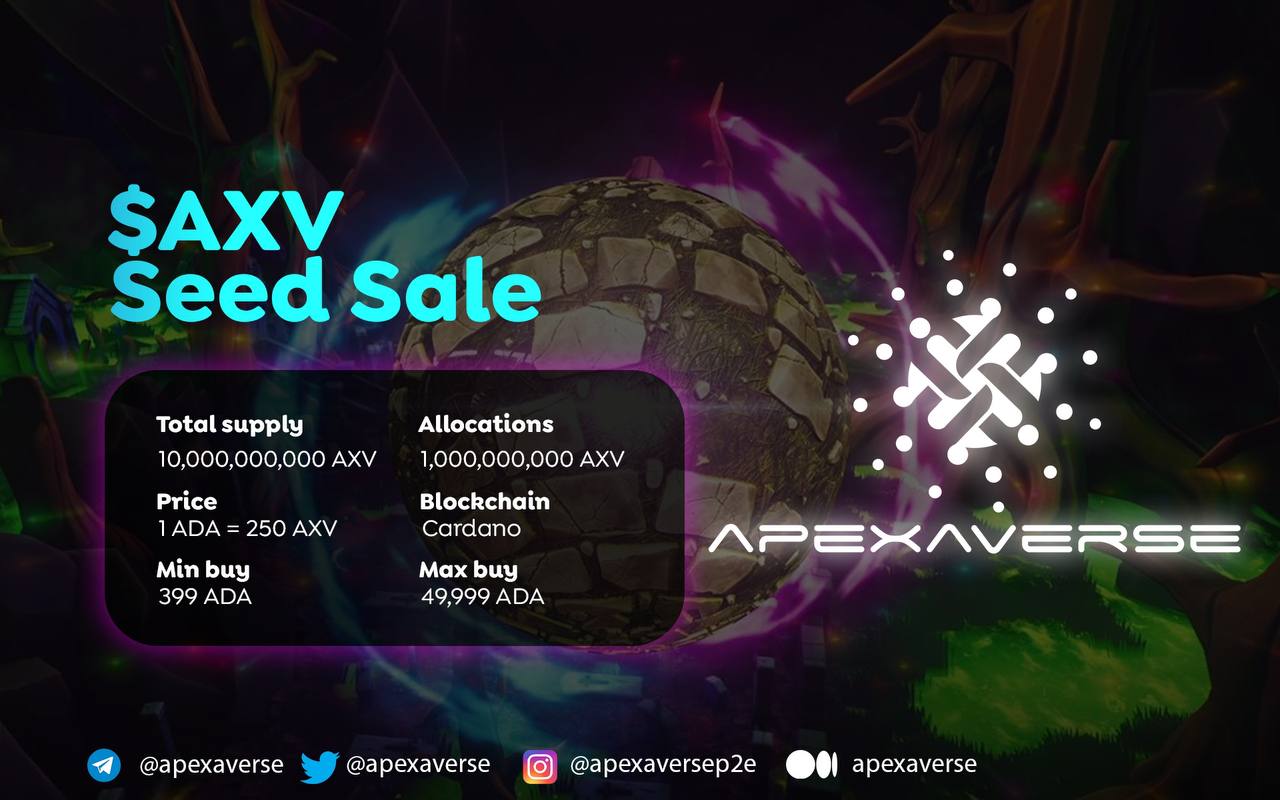 Apexaverse sits at the intersection of Play-to-Earn (P2E) 3D games, NFTs, and Web3 launches its first token sale to early investors. The purpose of this sale is to raise funds to be able to develop key enablers beyond the combat game to offer the best experience for our users, community, and impact project investors.

The Apexaverse gaming environment will be based around a profile that users can create after signing into the Apexaverse platform using a wallet of their choice. They can then select a character from one of three initial basic characters: Warrior, Archer, or Magician. The character will then be linked to the wallet address and used for both the gaming metaverse and marketplace.

Each character possesses specific traits, with Warriors boasting the highest strength levels, Archers attacking at higher speeds, and Magicians wielding great magical powers. Players can participate in battles to gain experience that allows them to level up and can also earn $AXV tokens if victorious. The $AXV token will serve as the medium of exchange within the metaverse and will be used for buying, selling, trading, and modifying in-game assets.

In less than two months after the announcement of the Apexaverse Project, the team has been able to make this progress so far.

Apexaverse is a Web3 metaverse project with many dApps built on the Cardano blockchain. The role-playing game is the focus, but other parts are also important: game catalog with multiple P2E and PVP games, partner-oriented launchpad, own AXV token with staking capabilities, NFTs, and 3D metaverse with diverse ways of user interaction: in-game market, bets on others’ P2P matches, user influenced world history events, etc.

Apexaverse is a decentralized P2E game built on the Cardano Blockchain. We will make it available as a Browser-Based Game and an Android/iOS app where players can compete in different worlds and realms, earning collectibles as Non-Fungible Tokens (NFTs) along the way.