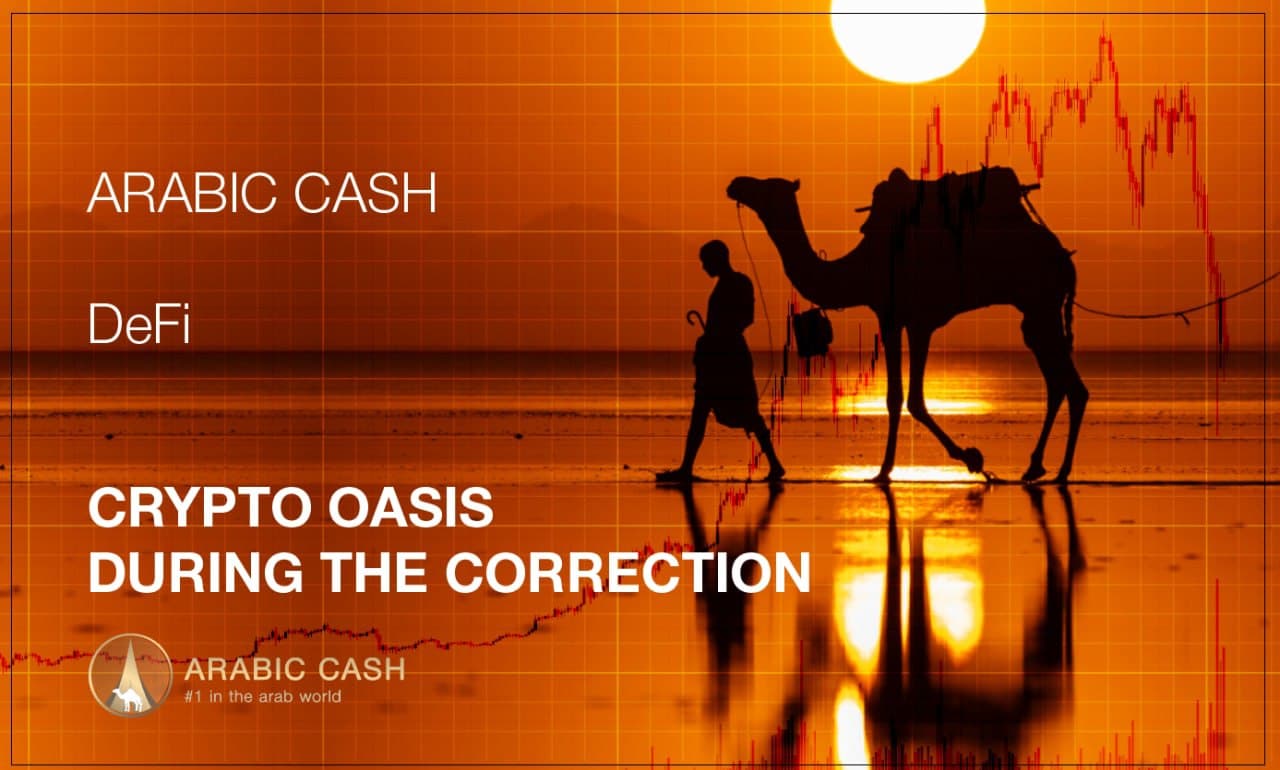 According to the OECD, financial services typically account for 20-30% of the total gross product in developed countries. It’s a huge industry dedicated to one thing: trust in financial transactions. Smart contracts are the ones to replace most of the opportunities in this industry, dramatically increasing the ROI for the individual investor.

Decentralized Finance (DeFi) is one of the most promising markets for blockchain technology. The demand for financial services for decentralized technologies is high. The optimistic expectations for this technology have manifested themselves in the high valuation of the tokens embedded in the DeFi protocols. Since the beginning of 2020, the value of the overall DeFi market has grown by about 400%. After two years of conservative use risk, crypto investors are willing to invest in the most exciting use case for blockchain technology.

DeFi project Arabic Cash is a new cryptocurrency created as a practical technology to attract new investments in the development of e-commerce in the Middle East. The United Arab Emirates has been successfully proving to the whole world for several years that they are ready to transfer the dominance rights in the IT arena from Silicon Valley. Moreover, this region at the state level has taken a course towards the global implementation of blockchain technologies in all spheres of life.

Already, the Blockchain Strategy 2021 is being successfully implemented, which should save the government an incredible $3 billion a year on document flow alone. Last year, Crypto Valley was also presented in the region – as Silicon, only Crypto. Every day, more and more government and independent projects appear in the Middle East, which raises the UAE to the top of the cryptocurrency and blockchain leadership. Arabic Cash (ABIC) is such an independent project.

ABIC offers itself as a tool that will help accelerate the development of the Global Blockchain Strategy 2021. It positions itself as the Largest Arab Investment Project. And knowing what the cryptocurrency and the United Arab Emirates are capable of, perhaps the word “Largest” hides a truly grandiose vision.

This is not a government project. According to insiders close to the project, it was initiated by a group of independent developers from the real estate market of the Emirates. Which directly speaks about the strong foundation of the project even at the development stage. The first mentions of the creation of Arabic Cash appeared in early 2021. And the first technical confirmations surfaced in March. On April 14, the project suddenly left the workshop for the entire crypto community and announced a Private Sale, the purpose of which was to attract the attention of the community to the project, as well as fill the liquidity pool in turbo mode – the minimum entry for early adopters was $1,000. Just 2 weeks later, the creators announced the end of the First round – it was 180% completed. In the Second Round, the team is strengthening the Arabic Cash advertising background, so you can expect equally high numbers at the end. The Second Round of Private Sale ends at exactly midnight on June 1st.

How does Arabic Cash work?

If you take ABIC apart, it looks pretty simple, but therefore brilliant. The project is built on the basis of the Binance Smart Chain BEP20 protocol. In human terms: this is a new blockchain that instantly performs transactions, and for a transfer, say, you will pay about 20 cents for $1,000,000. Arabic Cash is a decentralized project, so when it goes out into the world, it will not be disturbed by either government regulators or the creators of the project.

The entire power of technology will be concentrated in the hands of the community. And the most important thing is the positioning of the project! The blockchain is one for everyone, but in order to manage it correctly, you need to set a vector. This is what the Arabic Cash team is doing. These guys release the opportunity to float freely but in the right direction. If the project enters the right course and those who want to invest in the United Arab Emirates are interested in it, this could set a new fashion for the creation of crypto projects with practical potential.

At a minimum, technology can facilitate internal travel. As a maximum, ABIC can replace ossified cans. A person or company can fill the Arabic Cash liquidity pool with their assets, which is guaranteed to be able to receive a reward of 35.6% per annum. Which banks are ready to provide such a deposit rate? Further, a person or company, in reverse order, can borrow funds to develop their business or launch a startup. This is how the Web 3.0 economy begins to build – when a person completely controls his finances.

The project is in the stage of Private sale until July 30, 2021. More details can be found on the official Telegram Arabic Cash channel.