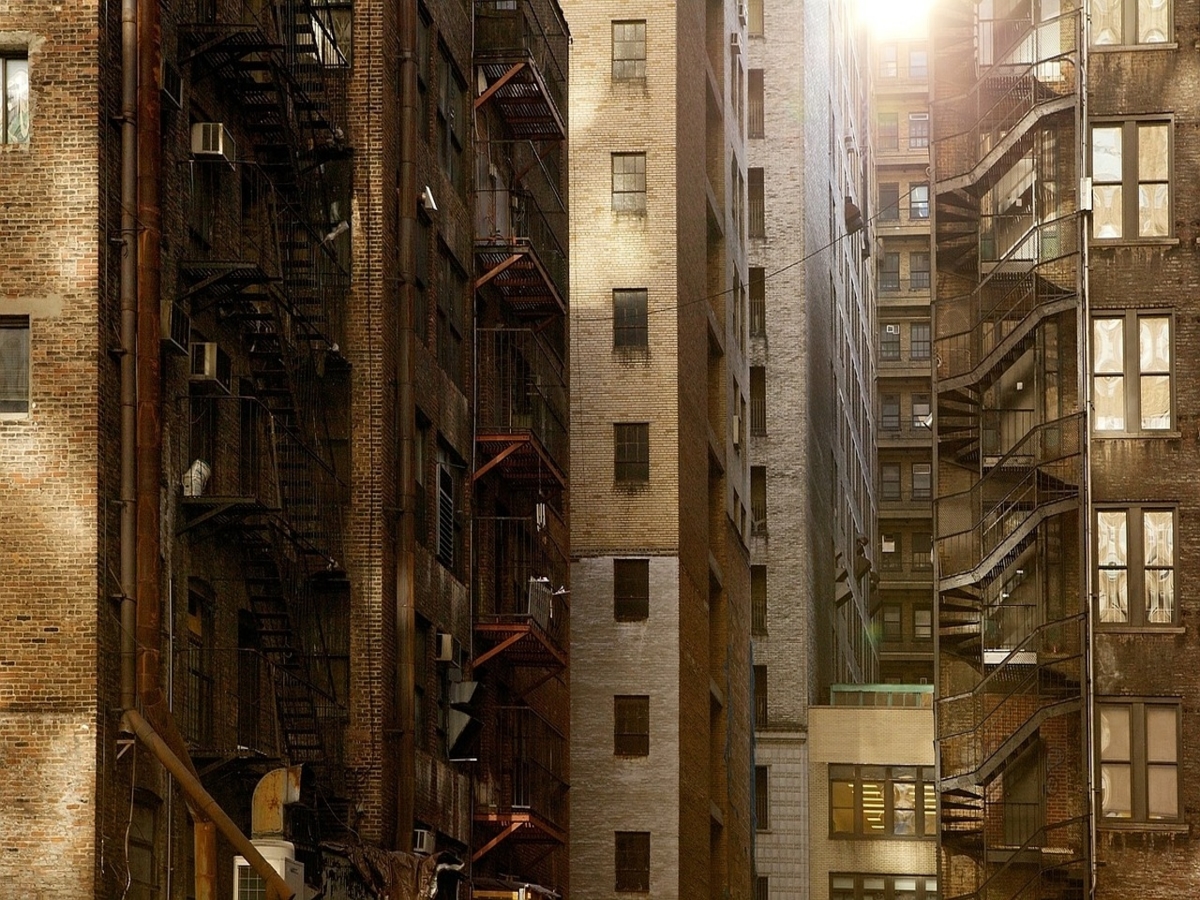 The COVID-19 pandemic managed to bring the world economy on its knees. As countries are still recovering and picking up the pieces, another concern awaits them – the Evergrande Crisis.

Owing to its $300 billion worth liabilities, the Evergrande Group has been in the news for quite some time now. At this point, China’s second largest property developer has the potential to fracture the global financial landscape. Right from investors and suppliers to banks and other creditors, the fate of every stakeholder associated with Evergrande remains iffy.

Evergrande, a Fortune Global 500 group enterprise, is listed in Hong Kong. Being the face of the real-estate sector in China, Evergrande has more than 1.3k projects spread across the 280 cities across the mainland.

Its debts essentially started rising when the company borrowed to finance other projects under its own umbrella. It further ended up selling apartments at a faster rate with low margins, hoping to raise cash and buy land again. Since 2020, Evergrande has remained China’s most indebted real estate company.

As far as this year alone is concerned, the company is liable to pay $670 million. As such, its total liability worth 1.97 trillion yuan [approximately $300 billion] accounts for 2% of China’s GDP. 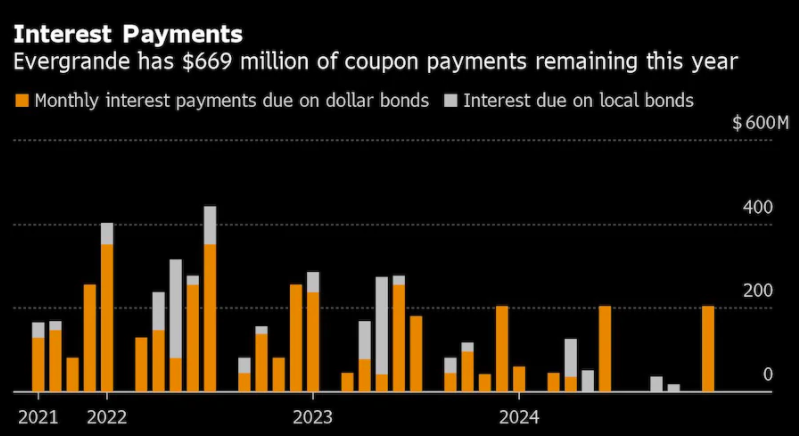 As per data from Y Charts, the average debt-equity ratio of the company currently stands a little over 6. Ideal ratios usually revolve within the 1-1.5 bracket. However, companies in the real estate sector are exposed to more risk and hence their industrial average has more or less revolved around 3.5 over the past few years. By and large, this means Evergrande’s growth thus far has been debt-financed, which isn’t really a healthy sign.

Further, as far as the investors are concerned, the share value of Evergrande fell by more than 80% this year and is currently at an inevitable 4-year low. This downtrend became even more steep when the Chinese government asked Evergrande to pay 40% of its debts in one go last month. However, the debts largely remain unpaid.

Major credit rating agencies have asserted that the company would not be able to repay its debts. Fitch, for that matter, has already downgraded the company’s credit rating score. Their report noted,

“The recovery analysis assumes that Evergrande would be liquidated in a bankruptcy because it is an asset trading company.” 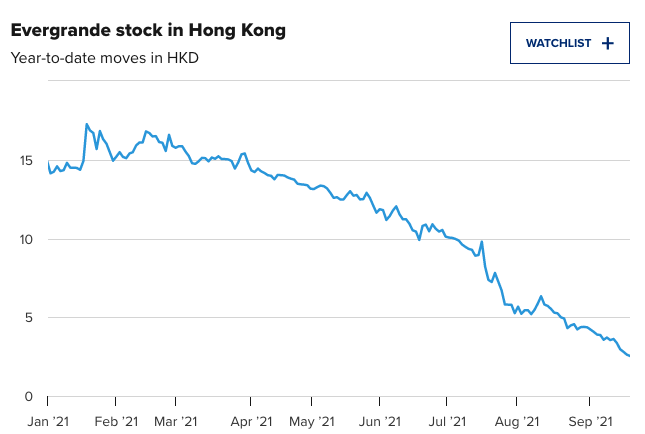 Well, amidst the economic chaos and real-estate crisis, one may wonder how does crypto come into the picture. Well, the financial sector is multi-dimensional and intersections between various dimensions are almost inevitable.

Crypto transactions, as such, are heavily reliant on stablecoins. It is a known fact that both traders and investors prefer using stablecoin trading pairs rather than fiat. Tether, the largest stablecoin, is a Hong-Kong based stable currency. To a fair extent, staying in the same playing field as Evergrande makes Tether susceptible to the domino effect.

Consider this – most of the reserve assets Tether holds to support its USDT are commercial papers (CPs) and certificate of deposits (CDs) instead of the US dollar. As per official data, it holds over $30.8 billion in CPs and CDs. 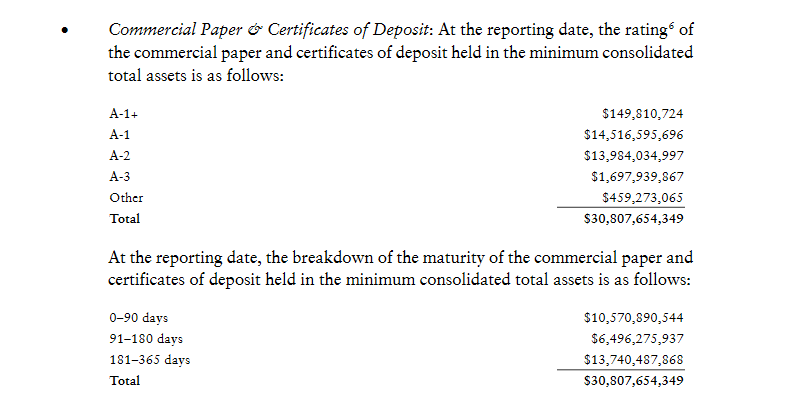 As soon as the Evergrande crisis started gaining traction, people from the crypto space started suspecting Tether’s holdings. However, these claims did not hold much water when the company asserted that it did not hold any Evergrande CP. A recent Reuter’s report highlighted,

“Tether does not hold any commercial paper or other debt or securities issued by Evergrande and has never done so.”

Well, even though the aforementioned claims by Tether do provide some respite to the crypto market, it should be noted that Evergrande, under pressure, might end up dumping its crypto holdings across the market to account for bond leverage. If that happens, Bitcoin’s and the broader crypto market’s crash would be almost unavoidable. In fact, people from the community believe that the same would end up having dire consequences.

However, at the time of writing it was noted that Evergrande had just kicked off a process to repay its investors with discounted properties.

So, is Evergrande too big to fail? Well, nothing can be said with surety at the moment. However, it should be noted that the community, believes so. As per most analysts, the state would step in and either help in bailing out the enterprise or would facilitate a restructuring where other developers could take over Evergrande’s incomplete projects in exchange for a share of pieces of land it owns.

Well, only time will tell how serious Beijing is about de-risking. Despite what analysts assert or believe, investors should remain alert. As such, the debt crisis has the potential to drag down the returns offered on bonds, CPs, CDs, and shares associated with the real-estate sector. If Evergrande’s debt-bomb ends up exploding, the chain-reaction on other sectors, including that of crypto, would anomalous, to say the least.

Explore what’s next for DeFi with Matrixport