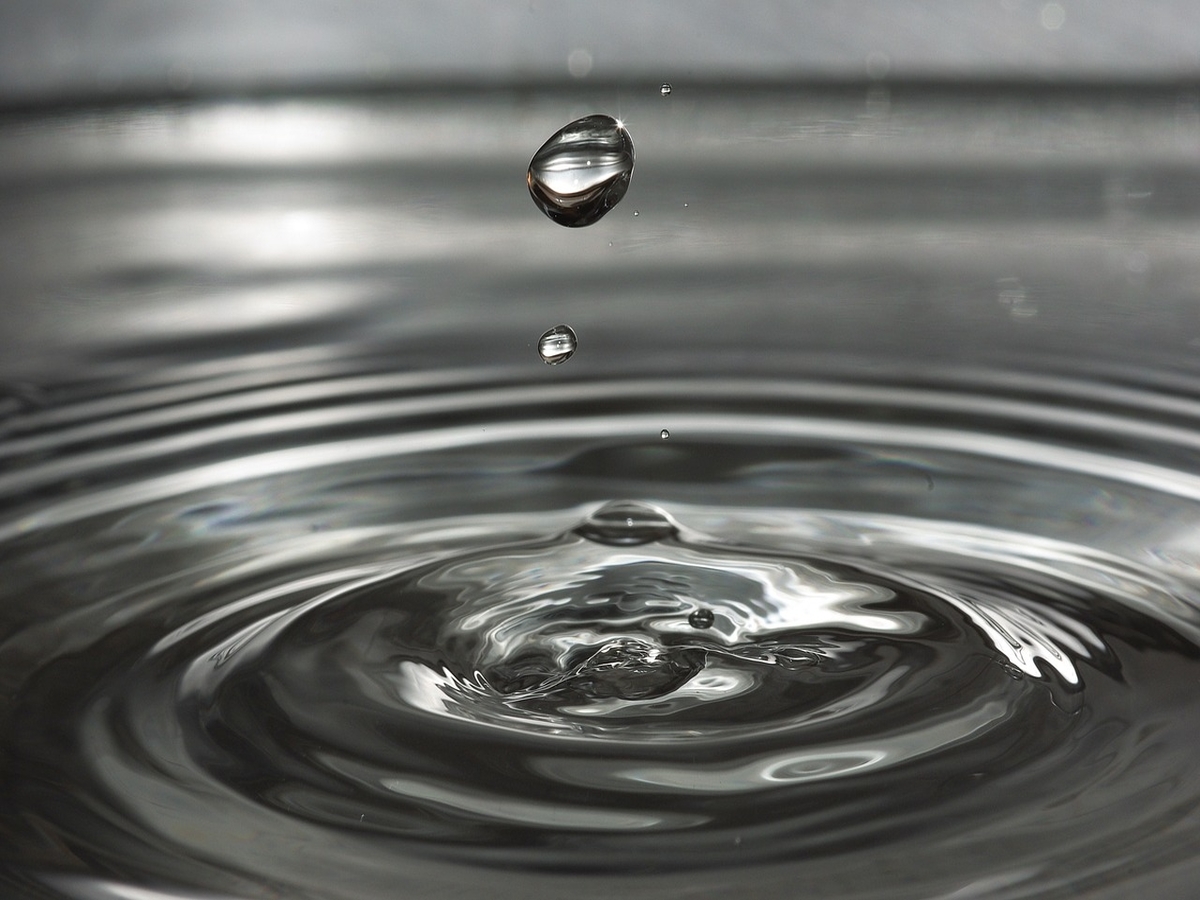 Owing to the lawsuit developments, XRP and Ripple Labs have consistently been in the news over the past few months. However, the alt has been in the spotlight of late for a different reason.

After several weeks of voting, the proposal to lower XRP Ledger’s reserve requirement was passed a day back. As per the new requisite, the minimum reserve has been lowered from 20 XRP tokens to 10 XRP tokens. As such, a certain number of tokens are required to be held by users when they open a new account on the ledger, to defend the protocol from malignant attacks.

The reserve requirement can be changed if there is a consensus amongst the network’s validators. Such alterations become necessary as and when XRP’s price rises. So, is it feasible to expect XRP’s price to dramatically rise anytime soon?

The past 24-hours have not been kind to XRP. The sixth largest coin shed over 10% of its value in the aforementioned time window. Notably, the alt was trading well-below the $1 mark at press time. 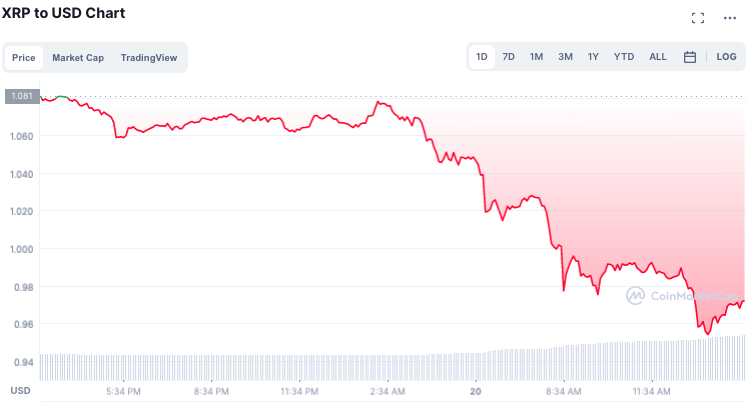 Fundamentals to the rescue? 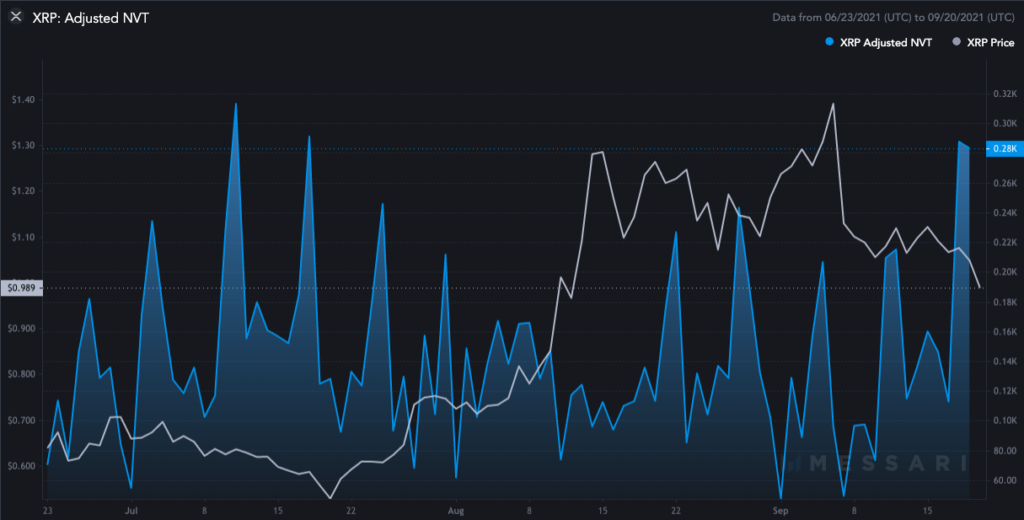 The state of XRP’s NVT ratio seemed to be at an interesting juncture at the time of writing. As seen from the chart attached above, the current level is at par with July’s levels. This ratio gauges the relationship between market cap and transfer volumes and is quite congruent to the traditional financial world’s price to earnings ratio.

A high NVT implies the network value is outpacing the value being transferred on to the network. Whenever this ratio spiked in recent past, the alt’s price seldom reacted positively. Thus, expecting a flip in XRP’s price downtrend doesn’t make much sense at this stage.

Further, the risk adjusted return ratios also seemed to be dwindling at the time of writing. That being said, it should be noted that the alt’s Sharpe Ratio plummeted from 9 to 2 in just the past one-month. Further, XRP’s Sortino Ratio too seemed to be quite low [0.101] when compared to its peers.

As can be inferred from the chart attached, this ratio for XRP’s tug of war competitor, Solana, currently stood at 0.35. In fact, the Sortino Ratio for XRP’s other peers like DOT and LUNA too stood substantially higher at press time. Thus, in terms of price rise and risk-adjusted returns, XRP’s peers present themselves as relatively superior options.

Having observed the state of the aforementioned ratios, it becomes quite evident that the odds of XRP’s price rising above $1.5 in the coming days are quite slim. However, if some major positive development takes place with respect to the on-going lawsuit, the token’s price might end up reacting positively.