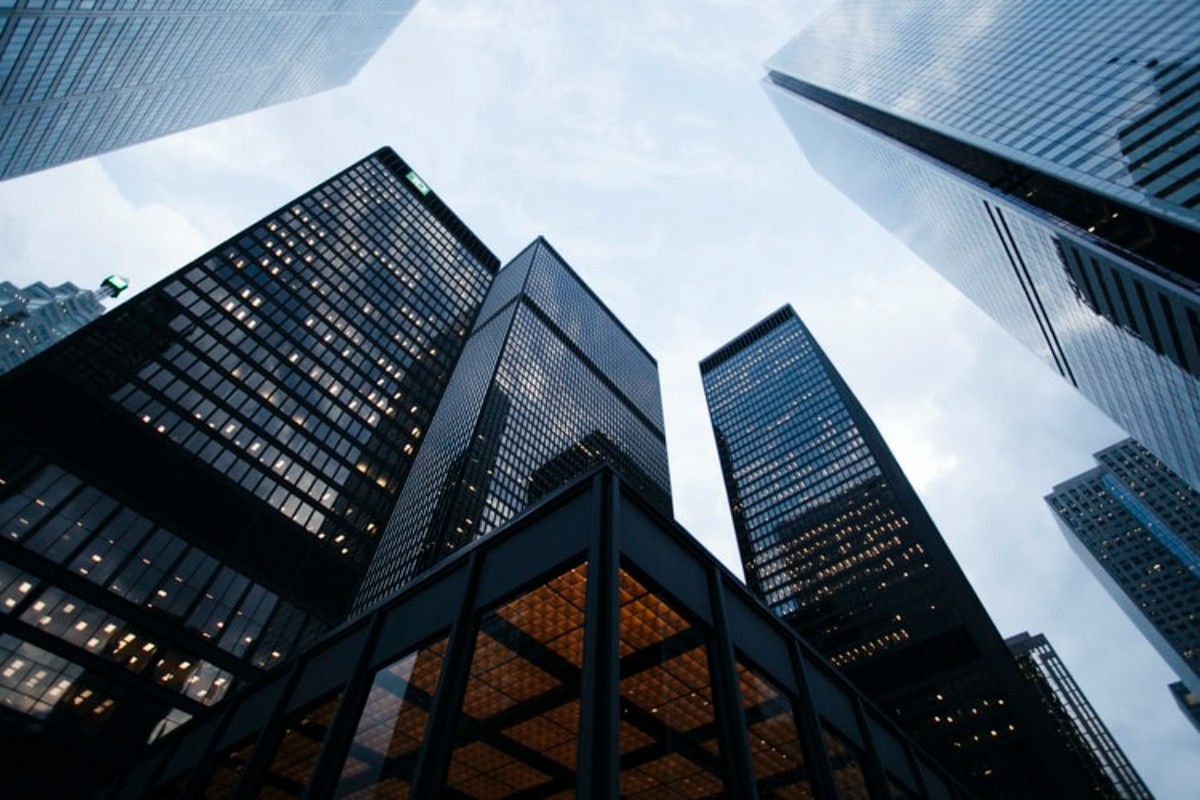 Bitcoin has undoubtedly been able to present itself as a viable investment to have among institutional investors. In fact, several recent surveys have reported how the traditional financial landscape is attuning itself to Bitcoin and other crypto-assets. Right from JP Morgan and Goldman Sachs to MicroStrategy and CoinShares, BTC has carved a spot for itself within investment portfolios.

However, a slightly contradicting trend has emerged of late. Digital asset investment products witnessed their sixth consecutive week of outflows. Notably, this is the longest run of consecutive outflows since January 2018. The cumulative outflows for the past six weeks stood at $115 million, at the time of writing.

Surprisingly, Bitcoin saw the biggest share of outflows last week. According to data from CoinShares, the same accounted for $22 million. Ethereum and other multi-asset investment products, on the contrary, saw a comparatively lower share of outflows ($1.1 million and $0.3 million, respectively). In fact, the latter category saw outflows for the first time since June 2020.

What’s more, the value of investment products traded was $3.1 billion per week, when compared to May’s $7 billion.

Cardano investment products, however, have headed inflows over the last 7 days. The altcoin managed to grab the limelight when its valuation went past the $2-mark last week. According to data from CoinGecko, ADA additionally overtook Binance Coin and was once again the third-largest crypto by trading volume.

Curiously, Polkadot and Stellar too witnessed minor inflows worth almost $0.4 million each over the week. 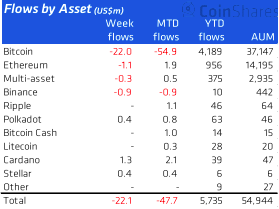 What to make of the aforementioned data?

Even though the outflows came from the most prominent institutions, it should also be kept in mind that current numbers only account for 0.2% of the total AUM. On the contrary, negative sentiment seems to be fading away. The total investment product AUM stood at $55 billion at press time, rising by 10% week-on-week.

Consider the chart attached herein – Whenever the market rallied this year, institutional investments recorded a parallel hike. Now that the bull run narrative is gaining steam again, one can expect inflows to start overshadowing the outflows again. 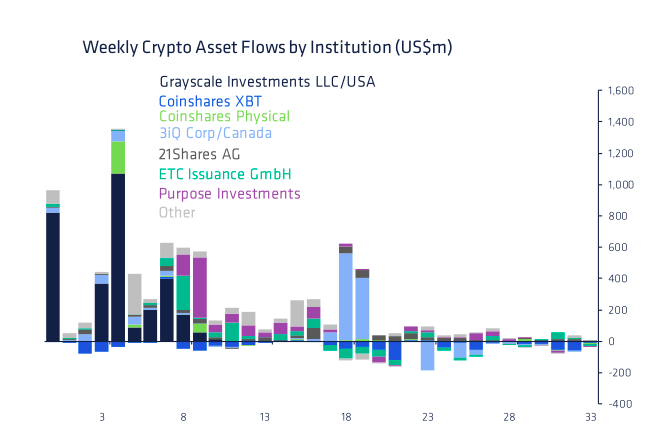 Cardano’s ‘clear path’ to the $5: Here are the terms and conditions