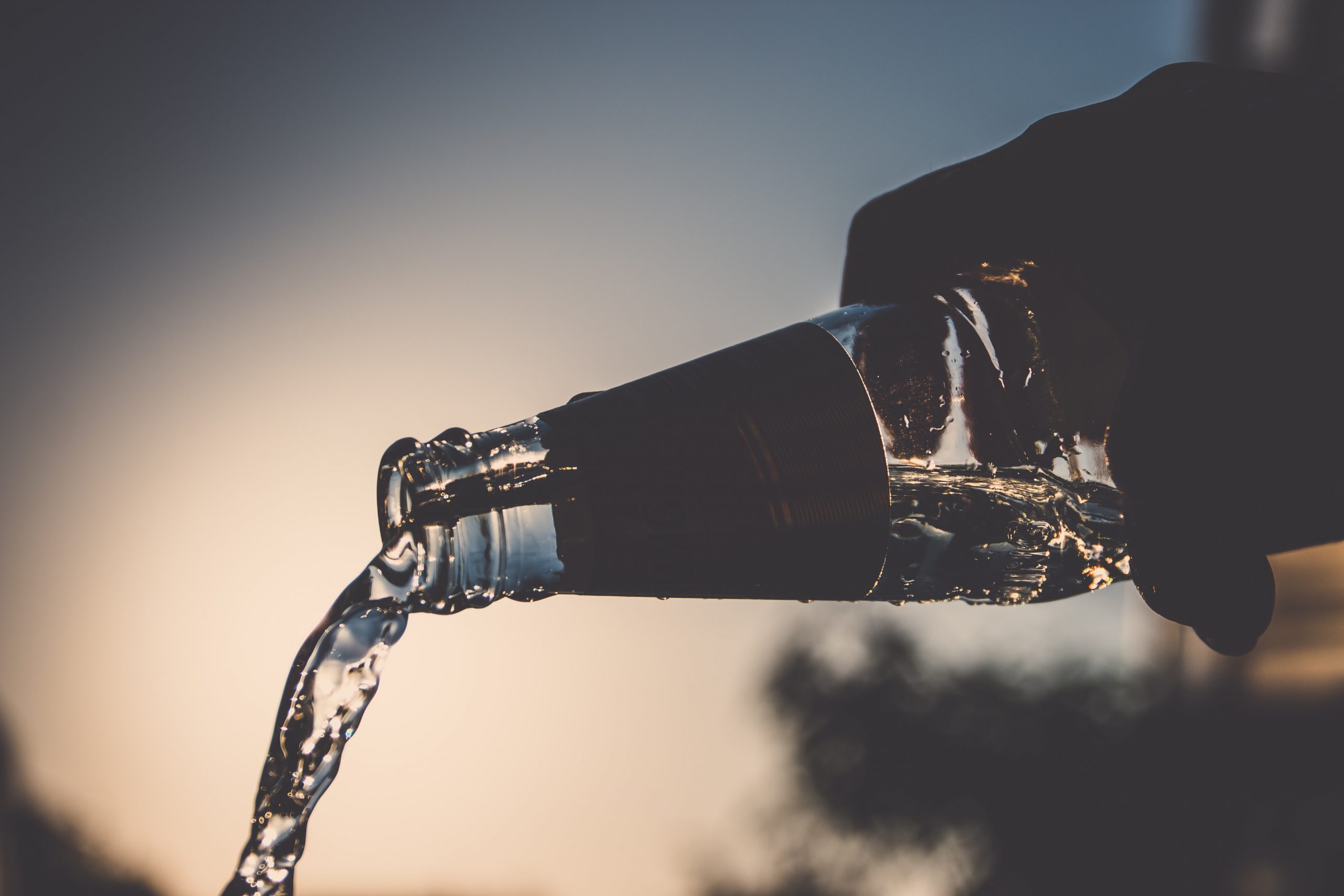 Over the past few weeks, the rise of Bitcoin in the charts has overshadowed other developments in the industry. Between 26th November to press time, Bitcoin has grown by 123%. The particular importance of that timeline will be narrated later on as we move on to the topic of stablecoins.

According to Coinmetrics, stablecoins have been on the rise over the past couple of months and over the last week, the supply has intensified further. It has been a collective increase as USDC, TUSD has all been on the rise with USDC adding close to $500 since the start of January 2021.

Additionally, Tether’s share of supply has also started to decrease as at press time, Tether owns the least share since January 2019, being down to around 75%. However, when it comes to impact, stablecoins might be making a huge one.

Stablecoins flowing into exchanges a catalyst? 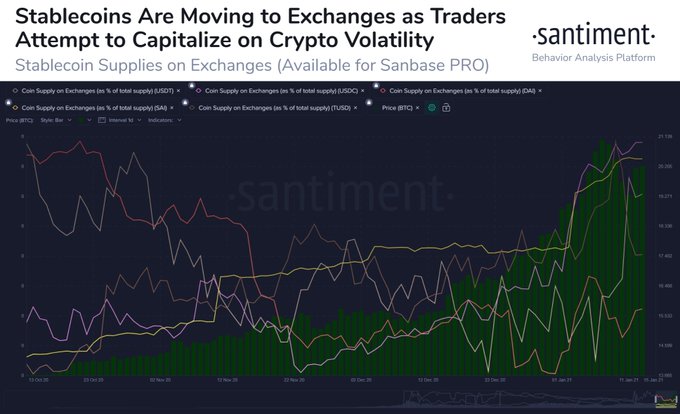 Recent development tracked by Santiment suggested that the number of stablecoins moving back into the exchange is continuously rising with USDC, TUSD, and SAI having reflected Bitcoin’s rise with their movement. The current significance of such a development is that stablecoins might be impacting BTC’s present rally after the market drop.

Coming back to the timeline, Bitcoin’s value from 26th November to the present-day improved by 132%. At the same time, Coingecko reported that the total stablecoin market cap has increased by a whopping $9.3 billion, growing from $24.3 billion to $33.7 million at press time.

Why is it important to track stablecoins now?

A one-line explanation would be that it represents retail trading volume. Over the past few weeks, institutions have been acknowledged for their participation in allowing BTC’s ascend but they would not access BTC vis USDT or any other stable asset.

The high volumes indicated by USDT, USDC are all retail volume and retail investors are more susceptible to volatility than institutional ones.

Therefore, any short-term market breakout, whether bullish or bearish is predominantly dependent on high retail in-flows or out-flows. Stabilization occurs fast as well, but at the moment, stablecoins might be dictating some of the rally going forward.

Why institutional investors will support Bitcoin above the $30k level

Didn’t buy Bitcoin? You might not be able to anymore