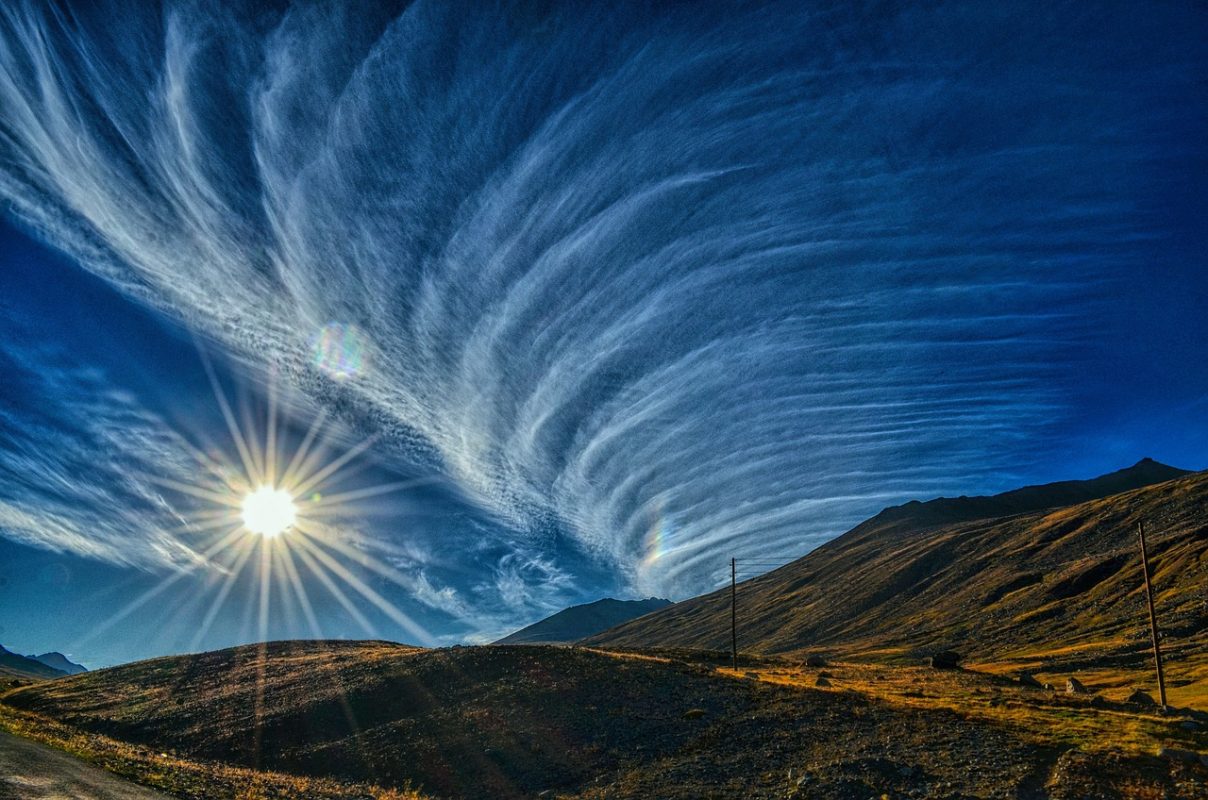 The downtrend from November was still in play for Bitcoin [BTC]. The ascent back above $20k can be encouraging for lower timeframe traders and liquidated many participants bearishly positioned.

Long-term investors might want to await another strong drop. However, it could be the case that such a drop might be a month or two away. Until Bitcoin can climb above $24.5k, the long-term trend won’t be strongly bullish. In the meantime, there are pockets of liquidity that the price could target. 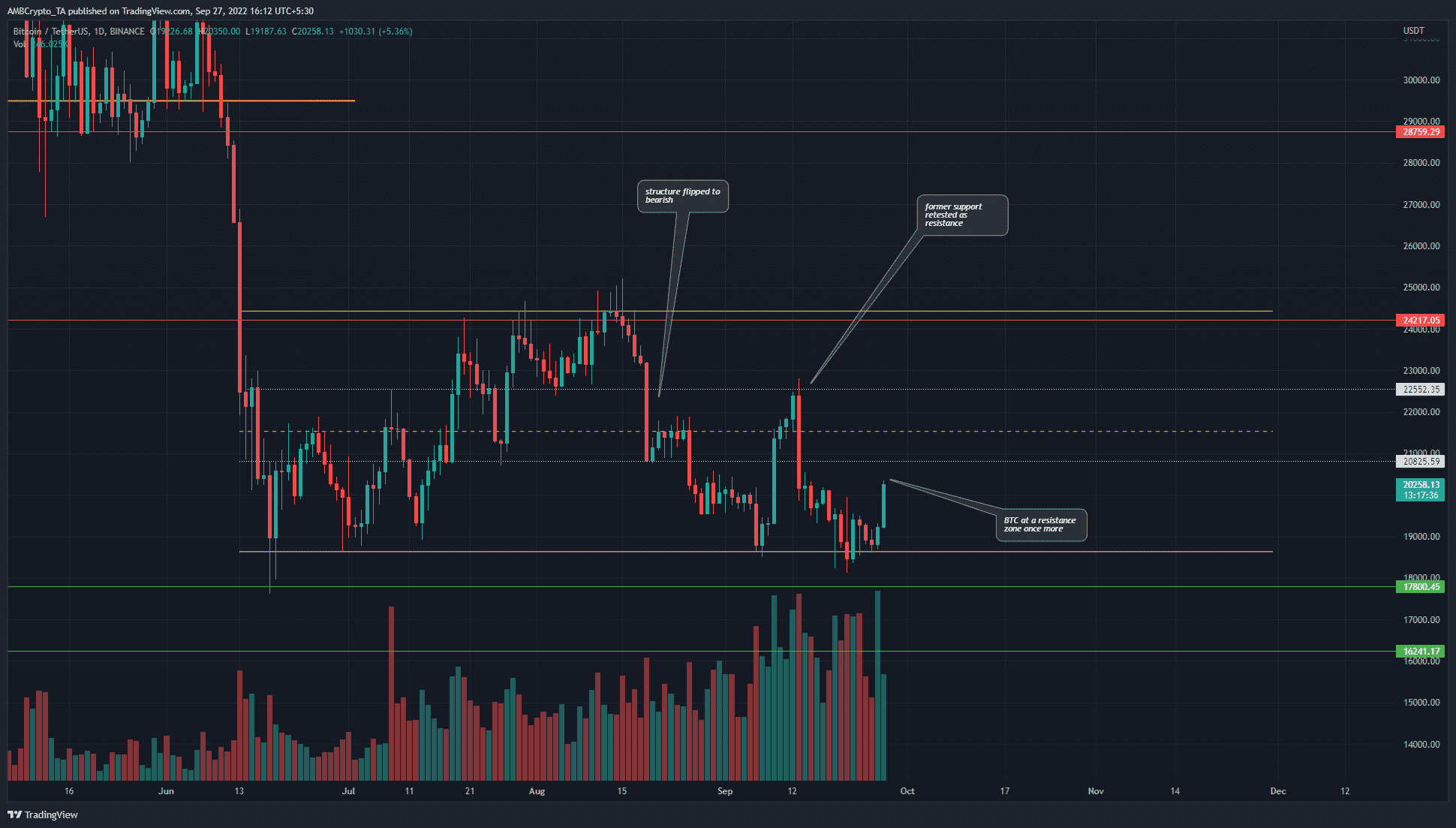 Bitcoin saw large amounts of volatility in recent months. The fall beneath the $29k range lows saw another range begin to develop over the past three months. Highlighted in yellow, this range extended from $24.5k to $18.6k.

The mid-point of the range lay at $21.5k. The $21.5k zone has also acted as a good support and resistance zone over the same time period.

Beside the mid-range mark are two key levels at $22.2k and $20.8k. An examination of the BTC market structure on the H12 chart showed a bearish leaning owing to the formation of a lower low near $18.6k.

To the north, a stiff zone dominated by sellers loomed large. Bitcoin would need to flip the $21.5k to support over the next few days in order to have a chance of moving toward $24k next week. 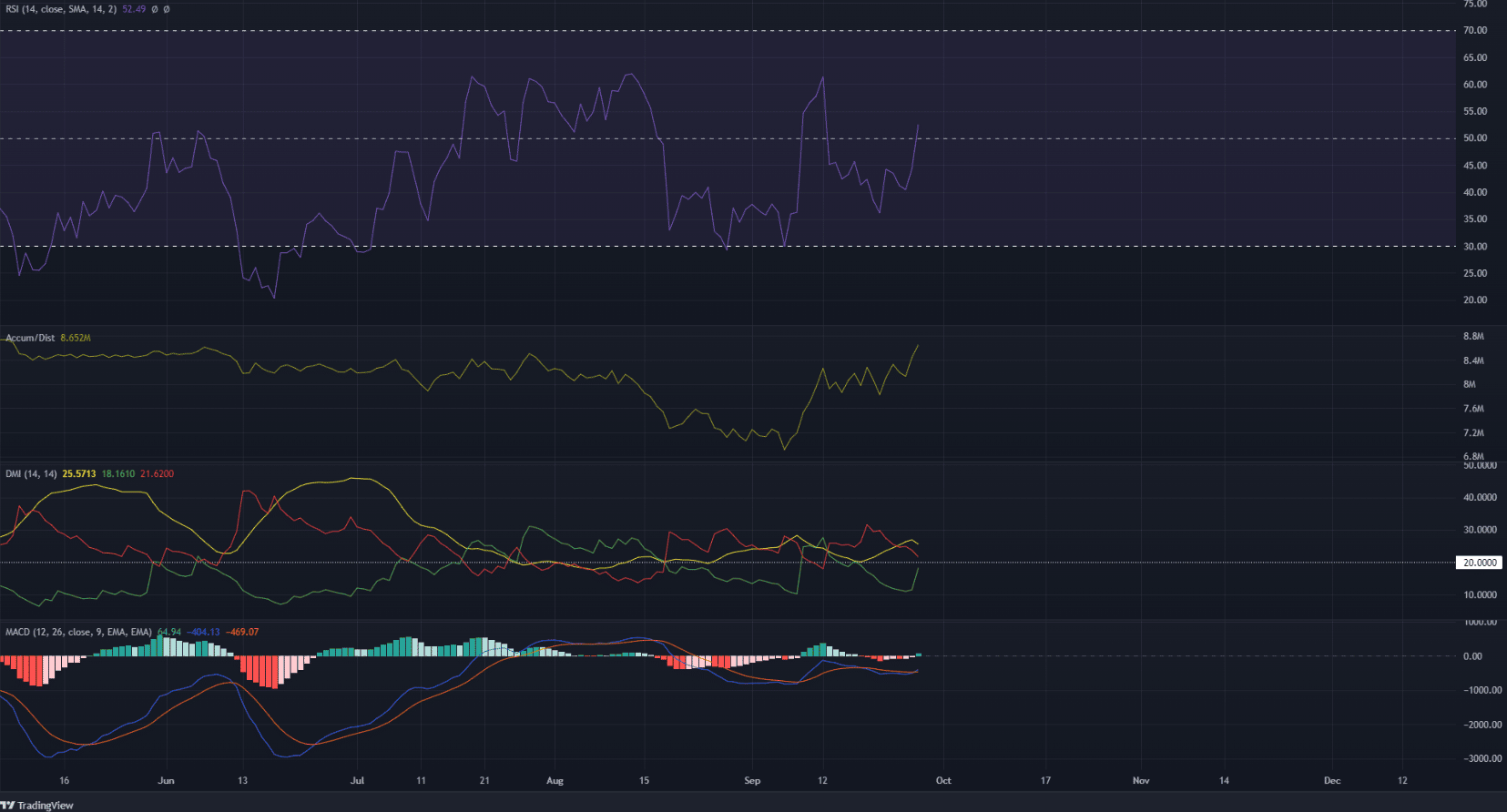 The indicators all showed bullish intent. The Relative Strength Index (RSI) was in the process of making a crossover back above neutral 50, while the Moving Average Convergence Divergence (MACD) also made a bullish crossover beneath its zero line. Taken together the momentum indicators showed some upward momentum but not a strong trend yet.

The Directional Movement Index (DMI) showed a strong bearish trend in progress, albeit a weakening one as the -DI (red) dove toward the 20 mark and could slide lower. The Accumulation/Distribution (A/D) line saw a surge upward in early September, but it has not yet decisively overcome the resistance from June.

Risk averse traders can wait for a rejection from the $20.8k region before scaling into a short position. On the other hand, short-term bulls will look for a test of $20.8k and a retest of the lower timeframe resistance at $20.2k to buy BTC.

At the time of writing BTC was not at a good risk-to-reward zone to trade for higher timeframe traders, either buyers or sellers. A shorting opportunity on lower timeframes can be explored near $20.8k and $21.5k.

How Russia’s CBDC might allow it to evade sanctions, trade with China

Voyager: As FTX.US acquires all assets, the future of VGX still remains a mystery