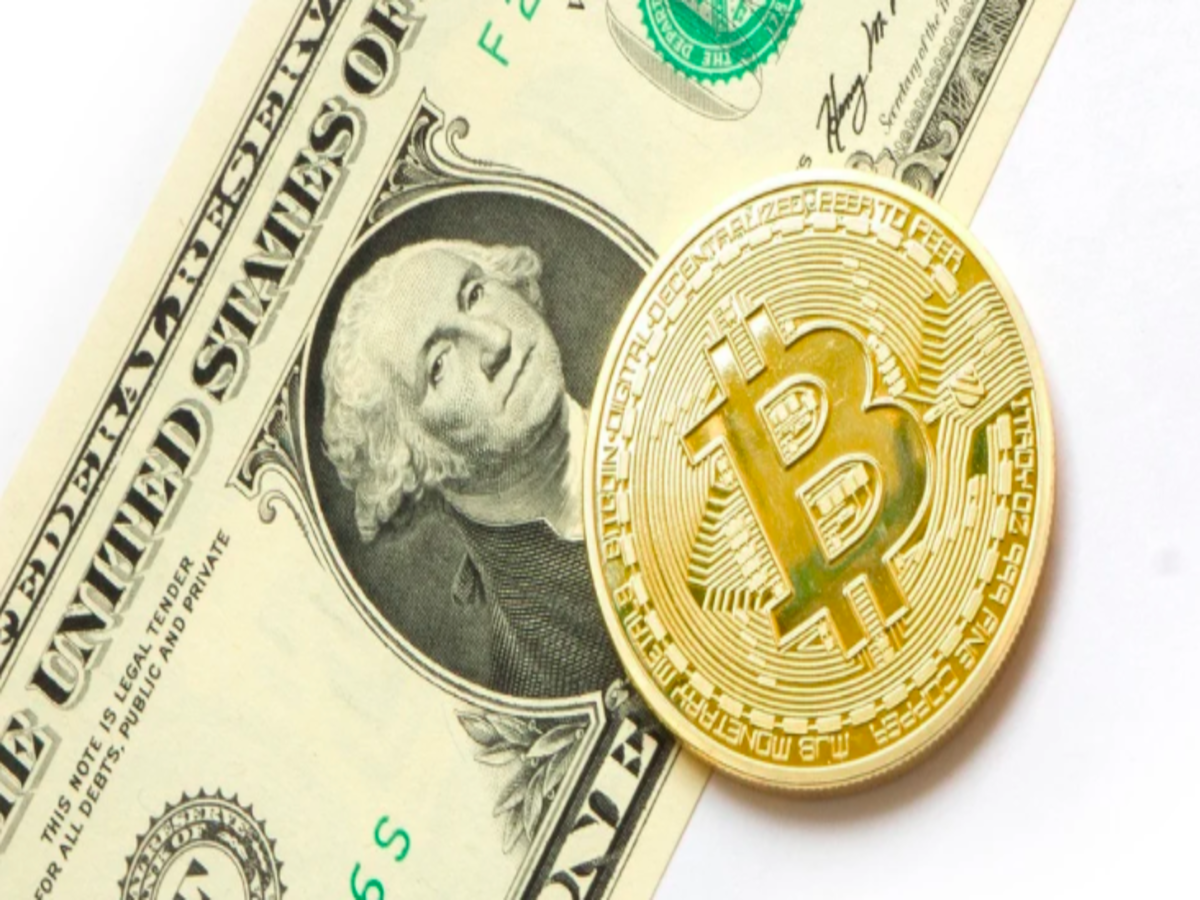 Inflationary concerns have been getting graver with every passing day. At this stage, a few nations have acknowledged it as a real problem, while the rest, continue to bury it under the blanket of neglect.

Other than depending on assets that act like hedges, there’s hardly any way to protect one’s savings from inflation’s grip. BTC, the crypto market’s largest coin by capitalization, has however been associated with the aforementioned tag. And to a fair extent, it has been able to shield the common man from the clutches of the day-to-day rise in price.

However, to continue to do so, it should be able to retain its valuation with time.

Apart from the usual fundamentals and factors like velocity and squeezes, Bitcoin’s value is likely to be driven by macro factors like buyer/user wealth, opportunity costs, and supply changes over the long term.

As far as the fundamentals are concerned, Bitcoin has been faring pretty well on this front. Consider its velocity itself, for starters. Generally, assets with low velocities are supportive of LT high valuations. Since mid-2016, BTC has been able to keep its velocity low on the macro-frame, which is quite a healthy sign.

The BTC market has additionally been witnessing healthy-squeezes on a regular basis. Even they have been able to elevate the asset’s price. 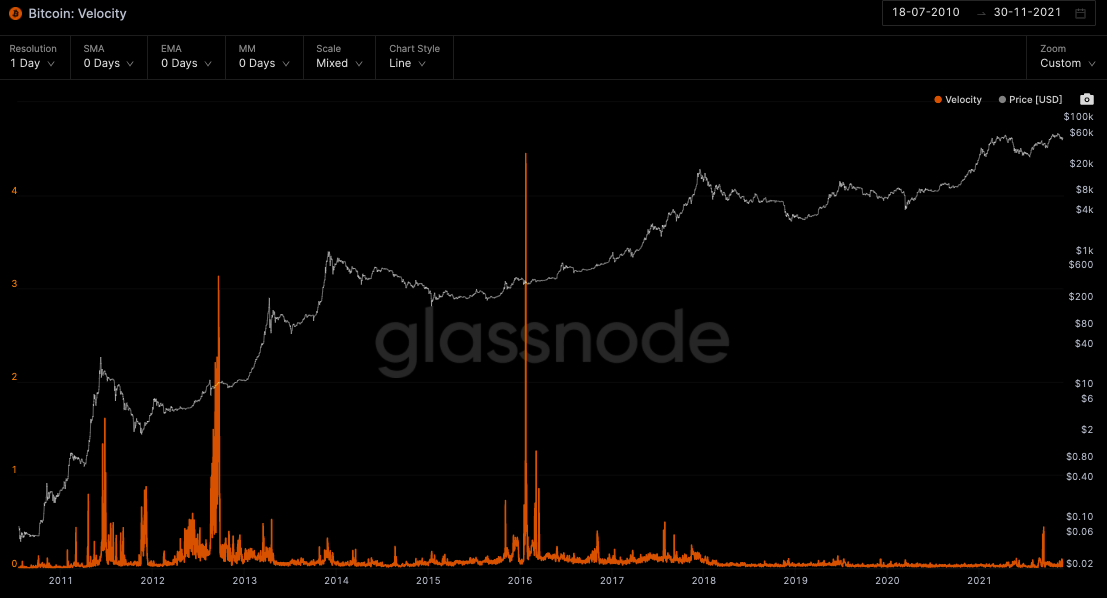 Inflation: A boon for Bitcoin?

Well, a lot has been happening in the macro-financial landscape and people in power in the U.S. have been quite vocal about the same. For instance, just a day back, Fed Chairman Jerome Powell spoke about inflation before the Senate Banking Committee and accepted that inflation is proving to be more powerful and persistent than expected.

After acknowledging that the “risk of higher inflation has increased,” Powell said,

“We tend to use [the word ‘transitionary’] to mean that it won’t leave a permanent mark in the form of higher inflation. I think it is probably a good time to retire that word and try to explain more clearly what we mean.”

The central bank has been using the ‘T-word’ for quite a few months, in the hope that the high readings would eventually fade away with time. Nevertheless, inflation has had completely different plans and has accelerated at a much faster pace of late.

At this stage, it is interesting to note that every recession phase [gray-shaded areas] in the U.S. has been marked with the inflation rate peaking without fail. In the 1980s, for instance, the same reached a level as high as 15%.

Post that, for the most part of the 1990-2020 period, the number remained below 6%. However, in October, prices increased by 6.2% YoY, making it one of the fastest annual rises. 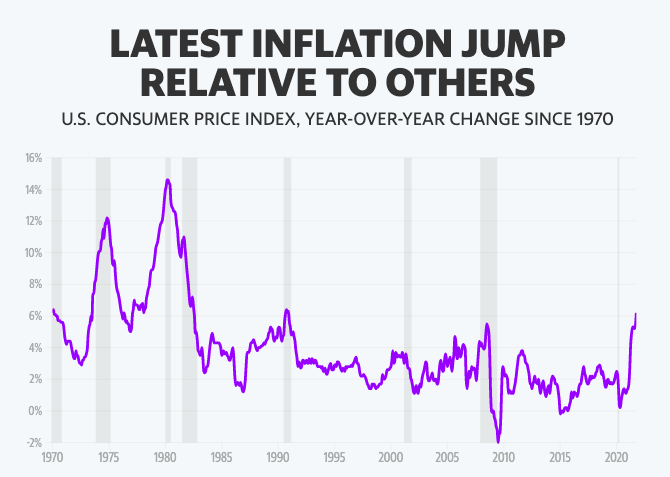 The dollar, engulfed within the rise-in-price environment, has clearly been losing its power and hedges have been able to make up for the same by consistently treading higher.

Ballooning money supply, a cause of concern?

Delving into the money supply dynamics will help determine  if Bitcoin has a positional advantage with respect to the U.S. Dollar.

Now, M1 is essentially a narrow measure of the money supply that includes liquid currency and coins in circulation. It doesn’t consider other assets like savings, accounts pending, and bonds. M2, on the other hand, is a combination of both liquid and non-liquid assets and is used as an indicator of the cumulative money supply. 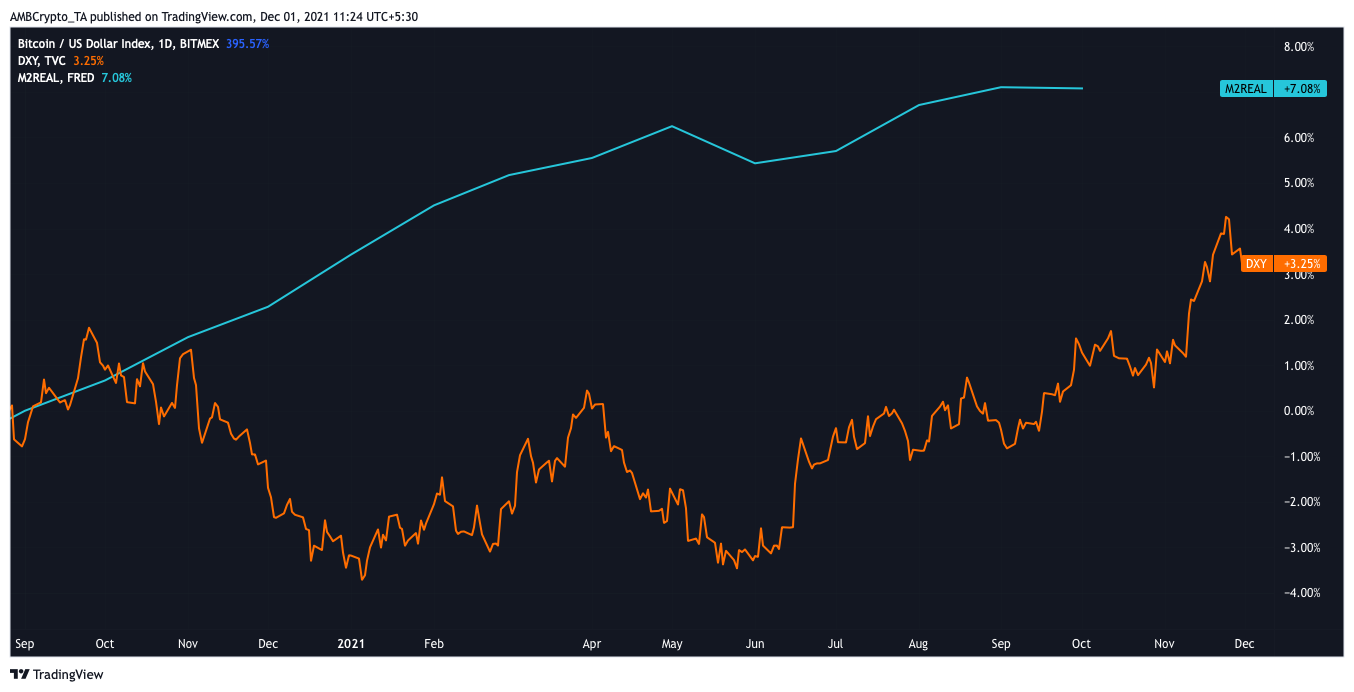 Now, when both the charts above and below are observed, it becomes quite evident that the M2 supply and Bitcoin’s price movements have aligned on the macro-frame. The U.S. dollar, on the other hand, has deviated and treaded on its own chalked-out path.

So, it wouldn’t be wrong to say that as the money supply increases, Bitcoin’s price would also head in the same direction. In other words, as per past precedents, the king-coin would, by and large, follow the footsteps of the wider basket of assets instead of only cash going forward. 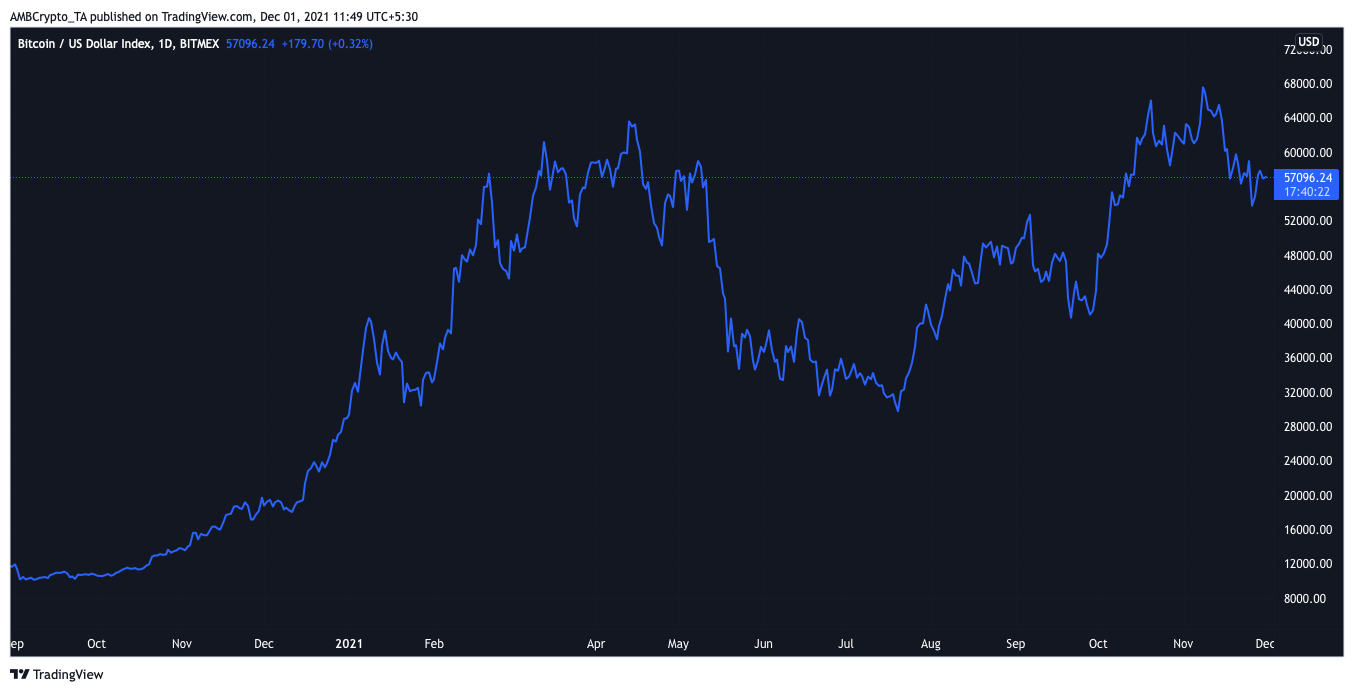 Powell, interestingly reiterated in his testimony that his baseline expectation is for inflation to fall closer to the Fed’s 2% target over the course of 2022. The same, to a fair extent, seems to be utopian, or rather highly ambitious, at the moment. More so, because of the new COVID-19 Omicron variant.

The entire economic landscape completely shook during the initial leg of the pandemic and briefly stepped into a recessionary phase. If things get worse this time too, the inflationary numbers would inevitably peak further.

Now, a rising threat of inflation would only reduce the purchasing power of the Dollar and in effect, could be glossy for Bitcoin. Nonetheless, keeping the current fractured state of the crypto market in mind, nothing can be said with surety about whether or not BTC would be able to cling onto its own value during such periods. However, its inclination towards the M2 supply is definitely a step in the right direction.