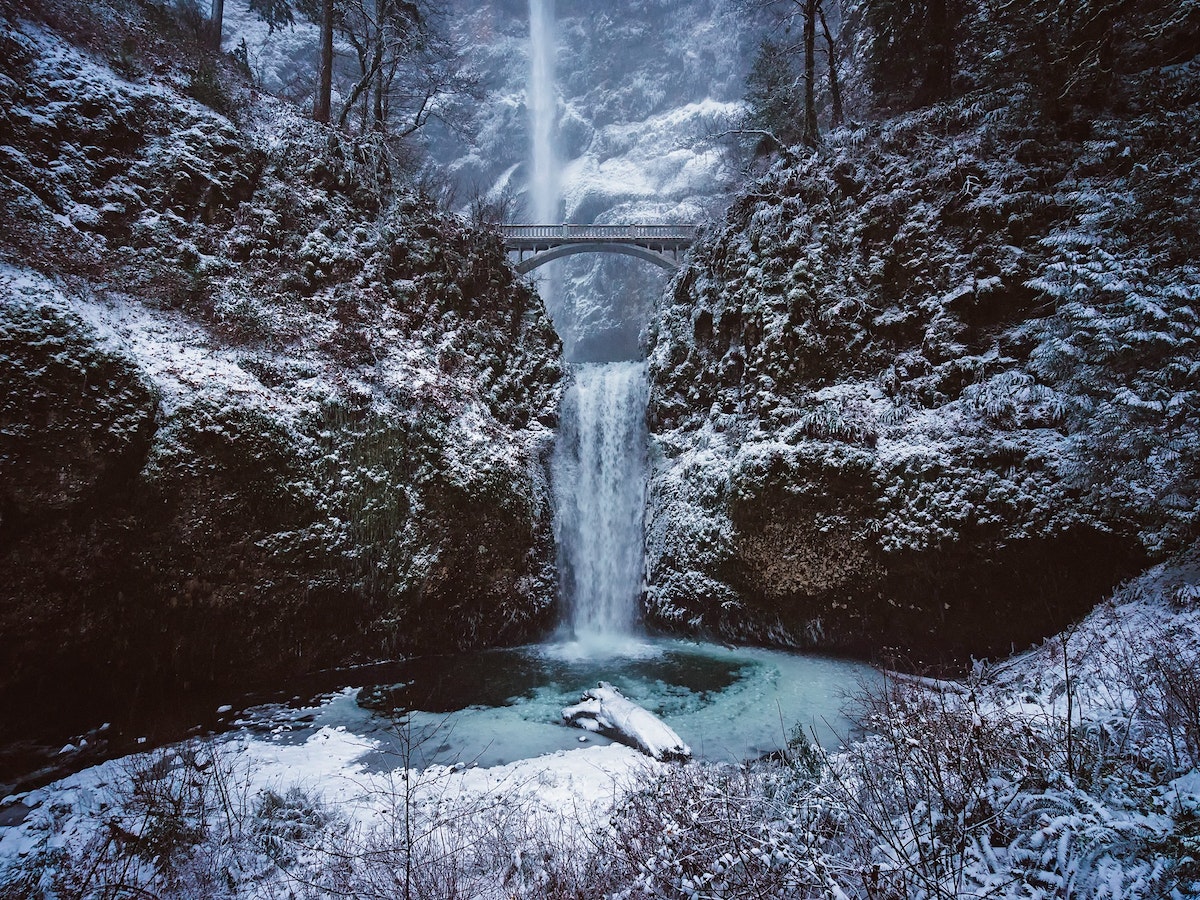 Litecoin [LTC] presented a slightly risky buying opportunity on the price charts. Risk-averse traders should wait for 19 December’s trading to set a direction for Litecoin in the coming week. However, the trend has been bearish in recent days.

Late in November, Litecoin retested the former range highs as support and bulls sought to push the prices back above $80.65. Their efforts were met with greater selling pressure. The weakness of Bitcoin [BTC] saw Litecoin lose $73.4 as support.

Litecoin falls back into the range: can the bulls defend $60? 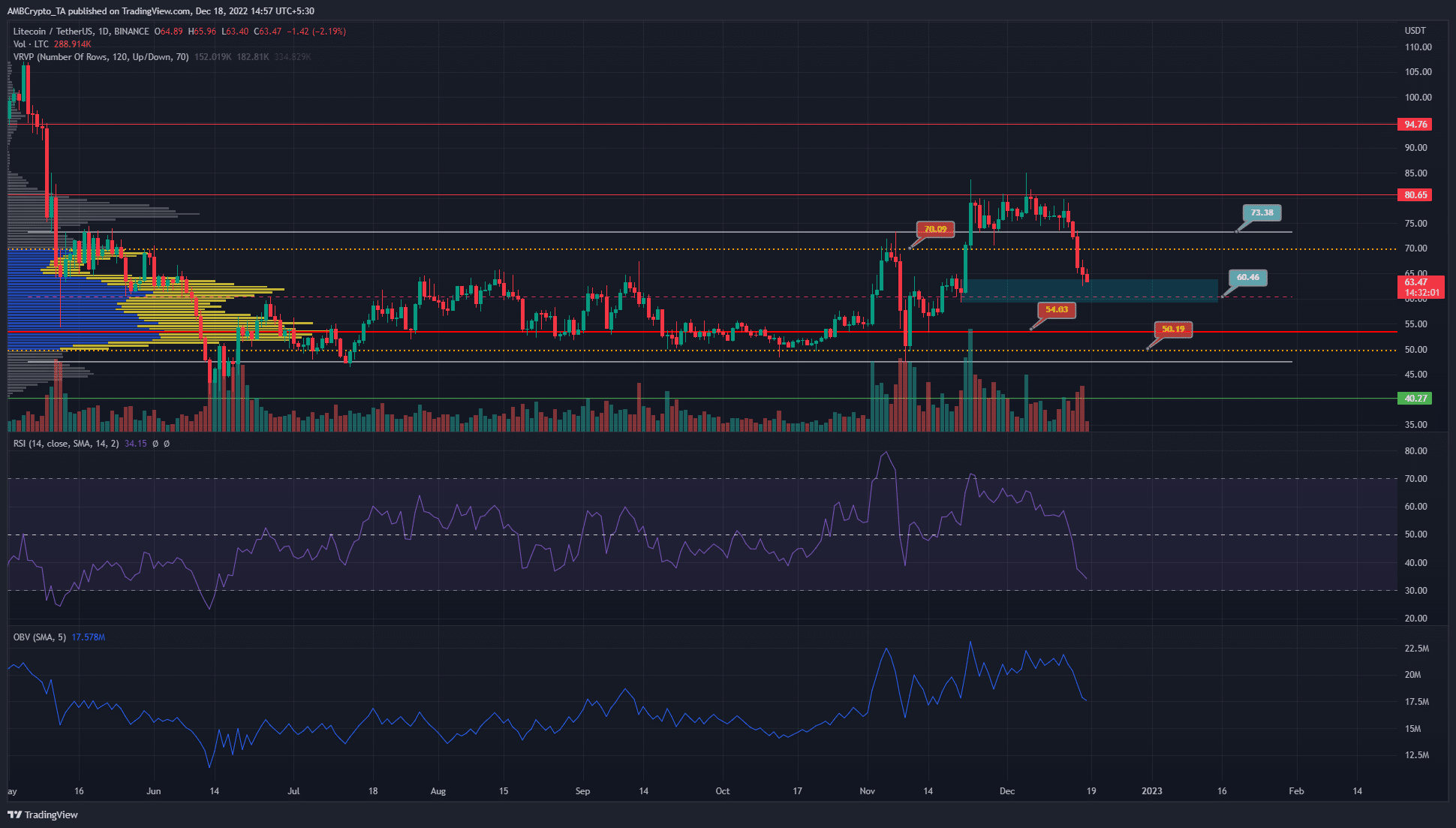 Since June, Litecoin has traded within a range from $73.4 to $50.2. The mid-point of this range lay at $60.5. This level also has confluence with a bullish order block on the daily timeframe that LTC formed on 21 November.

Therefore, a bullish trader can look for entries to a long position in the $60-$64 region. A lower timeframe swing failure pattern and a bullish reversal could be one such trigger to look out for.

The idea that buyers still have some strength came from the On-Balance Volume (OBV). This indicator formed higher lows since mid-June. However, the recent wave of selling forced the OBV to break its structure. It remains to be seen if demand arrives once more. Invalidation of the idea of a bounce from the mid-range value would be a daily session close beneath $59.4. In that scenario, the bias would have flipped to a bearish one.

The Relative Strength Index (RSI) also dropped sharply beneath neutral 50 to indicate bears were dominant. The VPVR tool showed the Point of Control at $54, marking it as a support level should LTC fall beneath $59.4. The Value Area High at $70 can serve as resistance in the event of a bounce. The $61.7 area was a high-volume node, making it a support zone alongside the mid-range and the bullish order block.

The funding rate was negative in response to the steep drop, and MVRV also took a hit

The Market Value to Realized Value (MVRV) ratio (30-day) had been well above the zero mark since 17 November, following Litecoin’s surge from $60 to $70.44. In the weeks that followed, the MVRV slowly tailed off, and the recent losses forced the metric into negative territory. This showed short-term holders at a loss once more. The funding rate was also deeply negative, showing sentiment was bearish toward the asset in the futures markets.

Meanwhile, there was no large spike on the age consumed metric. The age consumed was greater during the December 10 retest of $73.4 as support. The inference from this metric alone was that a recovery could be possible, as selling was not as intense as it appeared on the price charts.

Related Topics:LitecoinLitecoin price prediction
Up Next