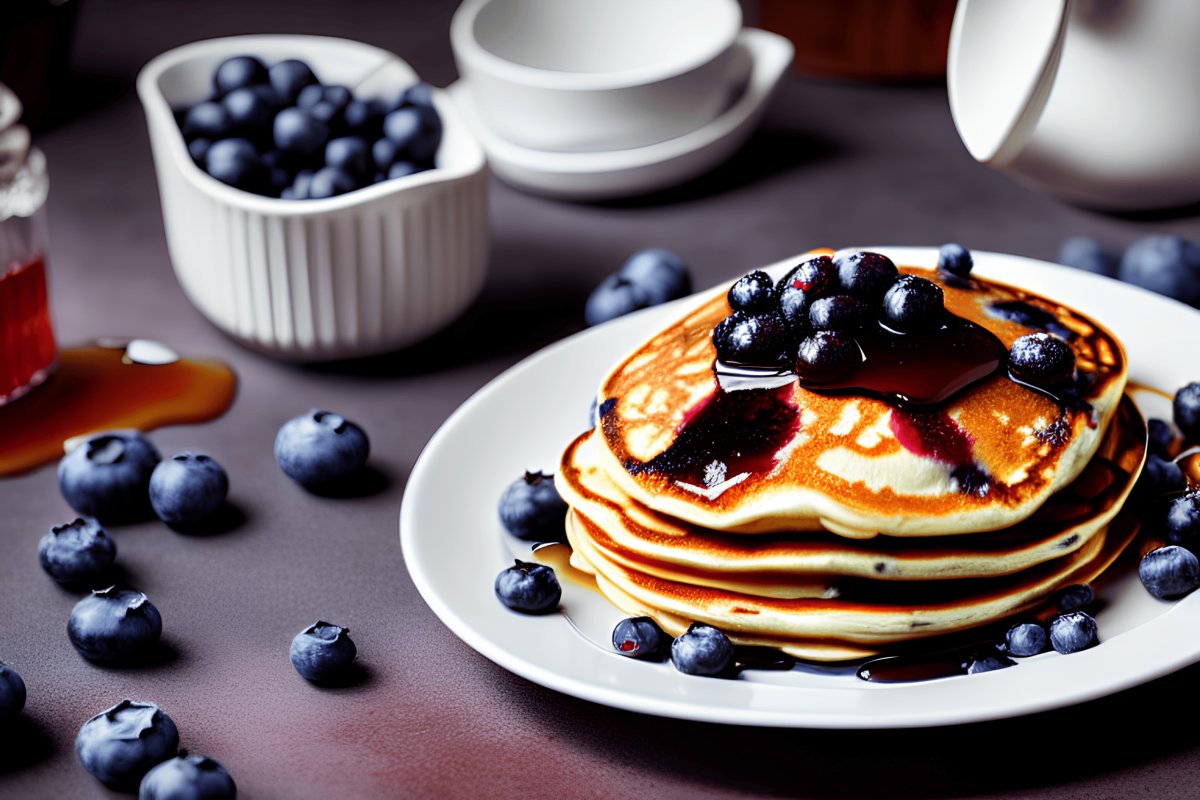 A 17 December update by PancakeSwap [CAKE] revealed that despite the market’s bearish conditions, the DEX had witnessed a spike in its total value locked (TVL). According to DefiLlama’s data, PancakeSwap’s TVL grew materially over the last few months. During press time, its TVL was around $47.2 million.

However, PancakeSwap’s dominance and growth could soon end.

This is because Uniswap [UNI] has decided to deploy on BNB. If Uniswap goes through with its plan, it would compete with PancakeSwap amongst other DEXes. This decision by Uniswap could threaten the former’s market share and growth. 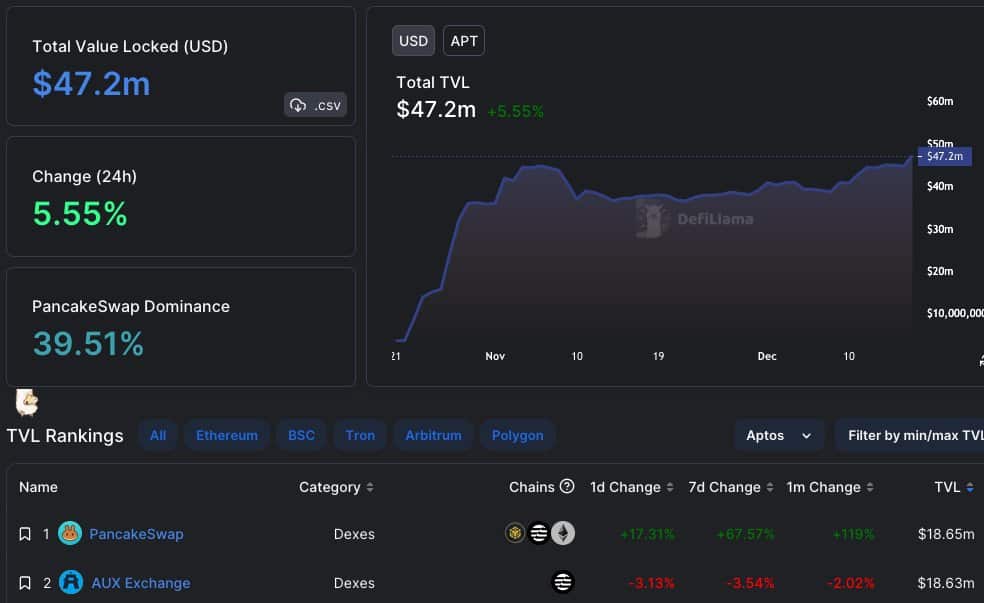 If Uniswap dominates PancakeSwap on the BNB chain, it won’t be the first time that the DEX would overshadow a network. After Uniswap deployed on Polygon [MATIC], it outperformed other DEXes such as SushiSwap [SUSHI] and Quickswap on the chain in terms of volume, according to data provided by Dune Analytics.

If Uniswap replicates its Polygon network success on the BNB chain, it could put PancakeSwap in a tough spot. 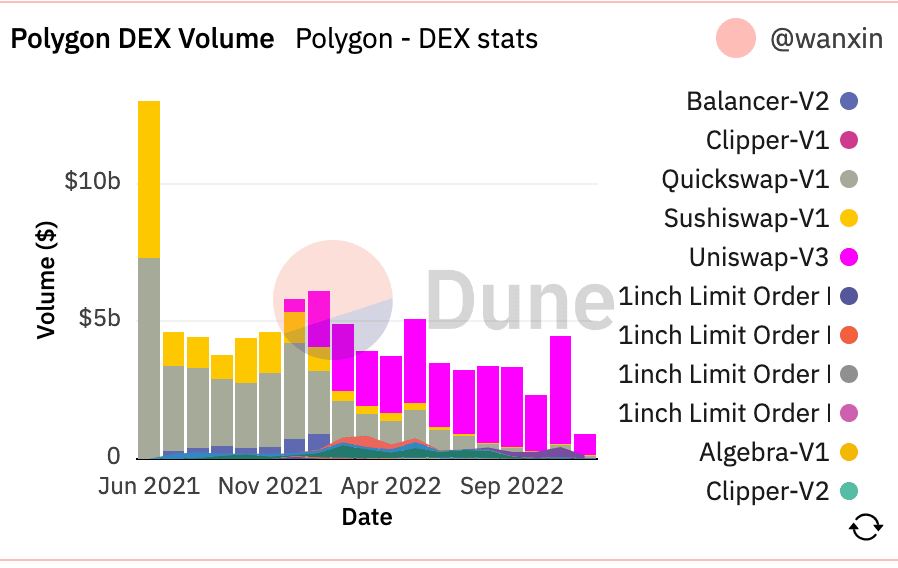 The way in which PancakeSwap could retain the interest of its users would be through its NFTs.

Recently, the network tried to take advantage of the hype surrounding the 2022 FIFA World Cup. They incorporated the world cup events into a game through which users could win NFTs if they could accurately predict the outcome of a game.

🏆 Which team will lift the trophy? Will it be #Argentina or #France?

👉 Predict your winning team, and mint the winning team NFT on Galxe: https://t.co/6FyaMcSOyE

However, despite PancakeSwap’s attempts to generate interest in its NFTs, the volume of its NFT market continued to decline. According to data provided by Dune Analytics, the volume of NFTs on the DEX went from $845,400 in September to $106,00 at the time of writing. This drastic decline in interest could impact CAKE negatively. 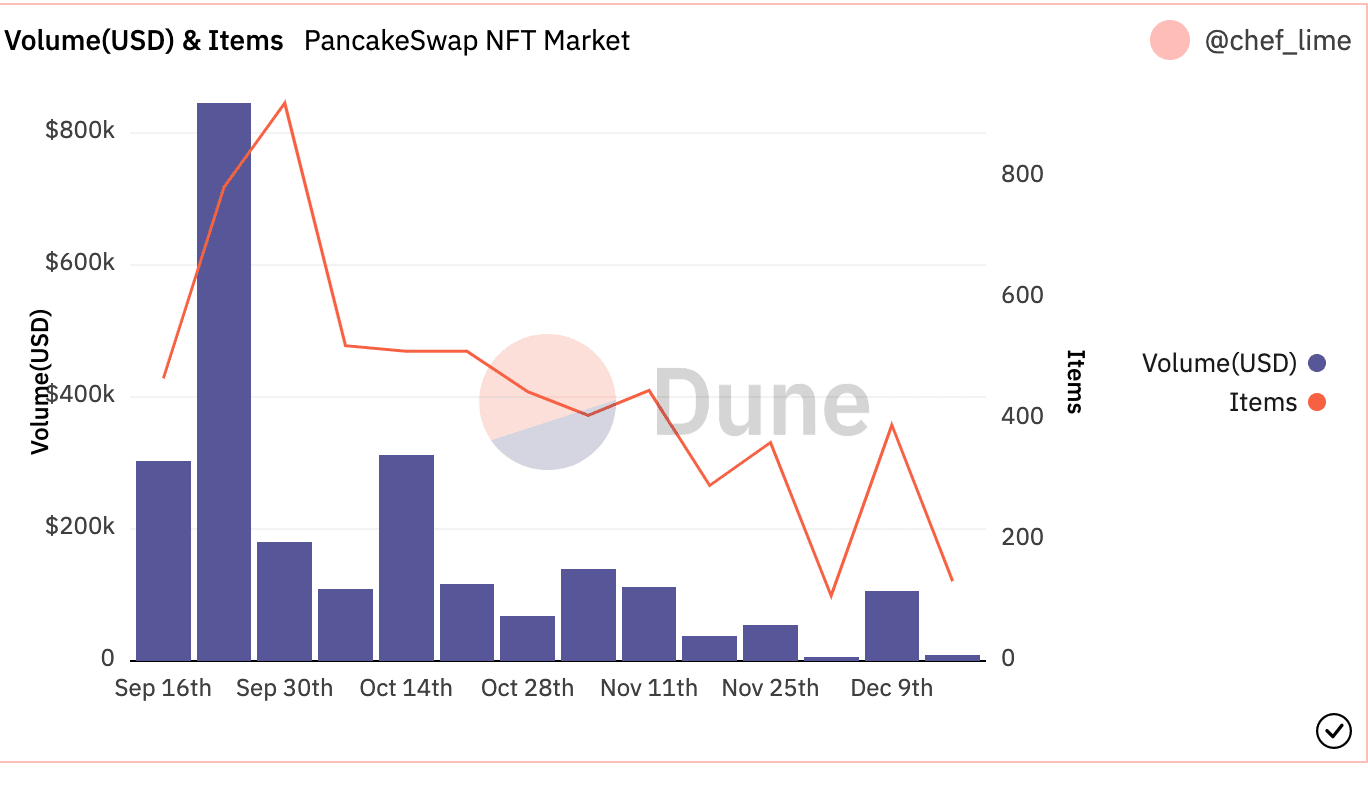 A glance at the tokens

In terms of their tokens, both CAKE and UNI observed a decline in terms of prices and were affected by the bear market. One reason for the same could be the declining activity of both tokens, which was indicated by their decreasing velocity.

From data gathered by Santiment, it was observed that over the past month, the velocity of both tokens depreciated. A declining velocity indicated that the frequency at which UNI and CAKE were moving from one address to another had decreased.

It remains to be seen whether PancakeSwap can continue growing despite new competition.

At the time of writing, UNI was trading at $5.35 and CAKE was trading $3.39, according to CoinMarketCap.

As Litecoin fails to hold onto November gains, here is what traders can expect