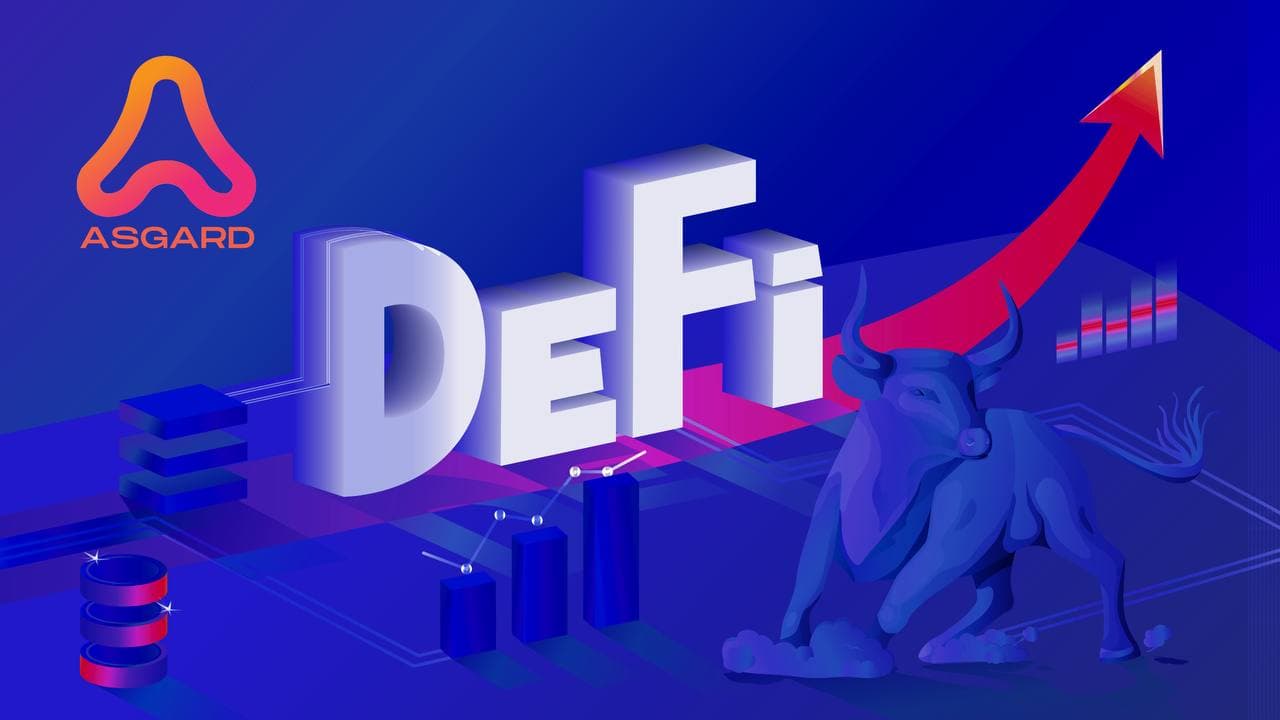 Asgard DAO was launched on BSC on 10th December as a platform that would mirror the possibilities of Defi 2.0 and fix up the loopholes currently derailing the Defi space.

Asgard’s launch aims to create a failure-proof DeFi platform by giving users the ideal experience of a community-backed and decentralized platform than what is currently obtainable on most Defi platforms.

Asgard DAO is a revolutionary asset class that enables intelligent investors to work their way to greater financial opportunities through the offerings and potentials of the platform.

It’s a decentralized treasury-backed currency on BSC with a $1 minimum value. ASGARD is unrelated to anything and hence has the potential to be worth more than $1, providing tremendous upside to its investors.

The purpose of Asgard is to develop a new asset class token that can be utilized in any portfolio. It could be used to safeguard volatile assets while simultaneously offering more secure and tempting rewards than steady coins.

The platform launched equipped with the following features

Staking: Many DeFi protocols use staking as their principal value-accretion mechanism. To receive incentives with Asgard, customers would bet their $Asgard on the Asgard dApp website.

These incentives are derived from bond sale profits and are subject to change according to the amount of Asgard invested in the protocol and the reward rate, which is determined by an algorithmic monetary policy.

Users who stake on Asgard receive compounding returns automatically. They also receive sAsgard when they stake Asgard.  Staked Asgard on the platform is represented by sAsgard. sAsgard can always be swapped for Asgard 1:1, but earnings are rebased.

Bonds: Bonds are the process of exchanging Liquidity Provider (LP) tokens for discounted Asgard tokens that are below market price.

The process of purchasing bonds has been streamlined to a single step with Asgard. Instead of purchasing LP tokens and then selling them for Bonds, users simply need the asset pair (BUSD + Asgard) in their wallet to acquire the bonds. Bonds are paid out per block height and are vested for 5 days.

Bonds enable users to purchase Asgard at a lesser cost. The protocol will sell them Asgard at a discount in exchange for selling their asset-pair (LP).

According to the platform, bonds will provide consumers with more Asgard than they would have earned if they had purchased on the market and then staked.

NFTs: According to its roadmap, the platform would include an NFT feature next year where users can get NFTs as rewards. Recently, Asgard announced a $20k worth of NFT giveaway for its users.

Multi Chain Swap: Like NFTs, this feature is also included in its road map and falls under the third phase of its steps which would be achieved next year. Users will be able to swap any of the 9500 + tokens from any 9 blockchain in just one click.

Asgard exemplifies the revolutionary potential of Defi 2.0’s capacity to tackle some of Defi’s most pressing issues.

It’s a platform with a $1 minimum value that allows investors to diversify their portfolios and assets. For further information, join the following groups.