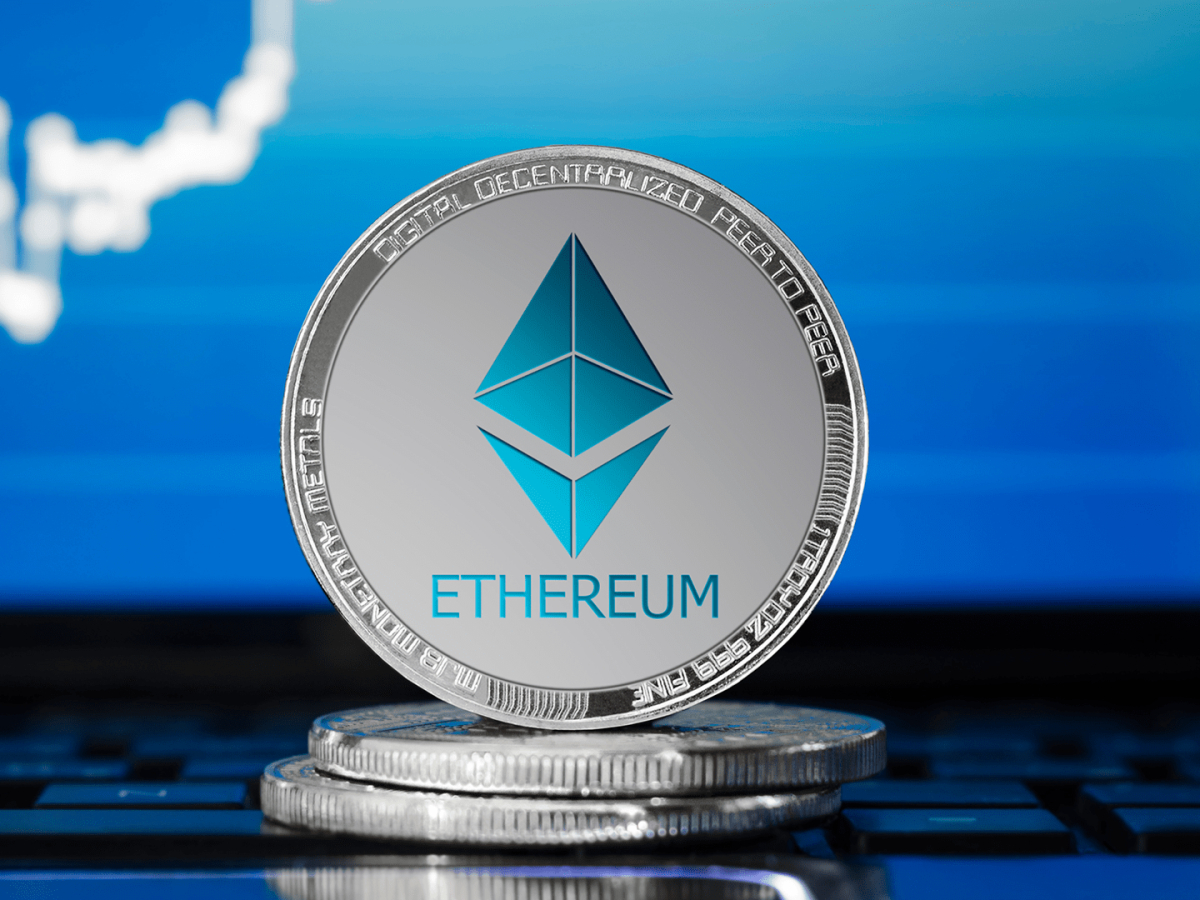 Ethereum is considered the “leader of altcoins.” But are other altcoins following its lead right now? That does not seem to be the case at the moment. While some altcoins are rising, some others are falling, but the second generation altcoin hasn’t moved much. And this lack of movement is now beginning to affect more than just the spot market.

An interesting observation came in the form of Ethereum investors slowing down from investing in futures contracts. Volumes of the derivatives market today reached a 6-month low. 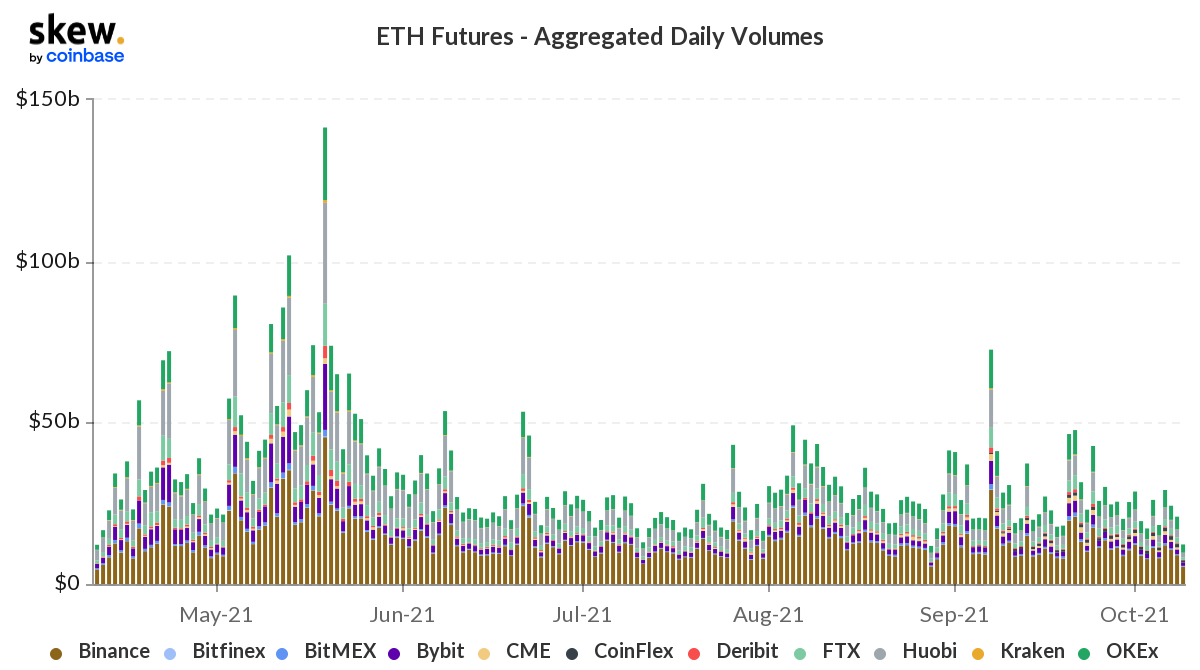 A big reason behind this anomaly could be the fact that Ethereum’s price movement has been flat. ETH has not moved much in the last 4 days and has changed by only 1.05%. After a good beginning this month this consolidation may not be the worst thing, but it isn’t the best either.

In any case, this has led to a slowdown in spot volumes as well as they fell to a 7-month low. 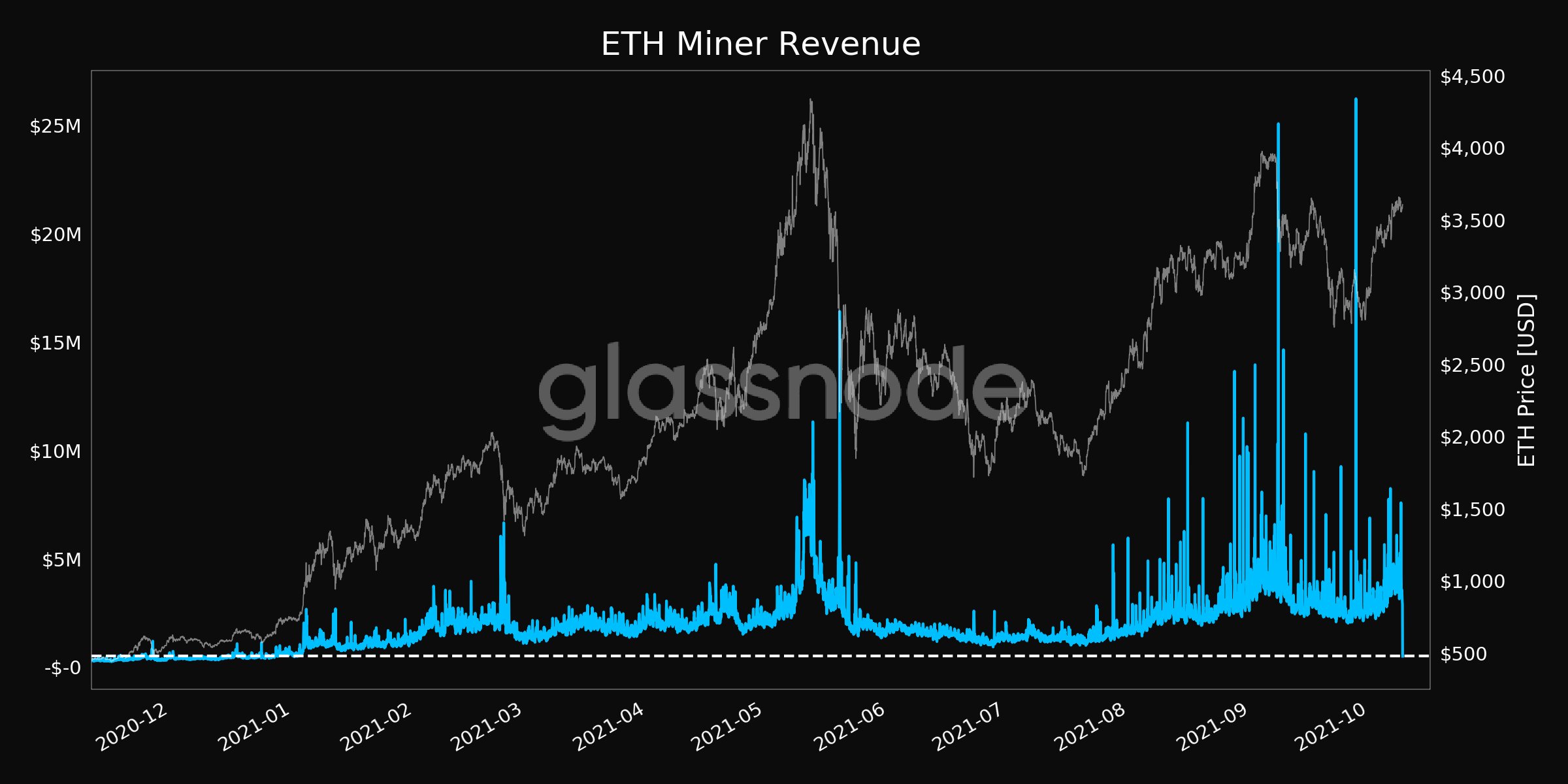 As a side effect of the lack of transaction activity on-chain, the gas fees usage fell to the lowest in over 45 days as well. If transaction counts fall, fewer fees will be charged.

So can Ethereum fix this?

Well, Ethereum can’t but investors can, and at the moment Short-term holders (1 day – 3 months) are at their peak after months. Their increased contribution can probably help in kick-starting the price movement again. 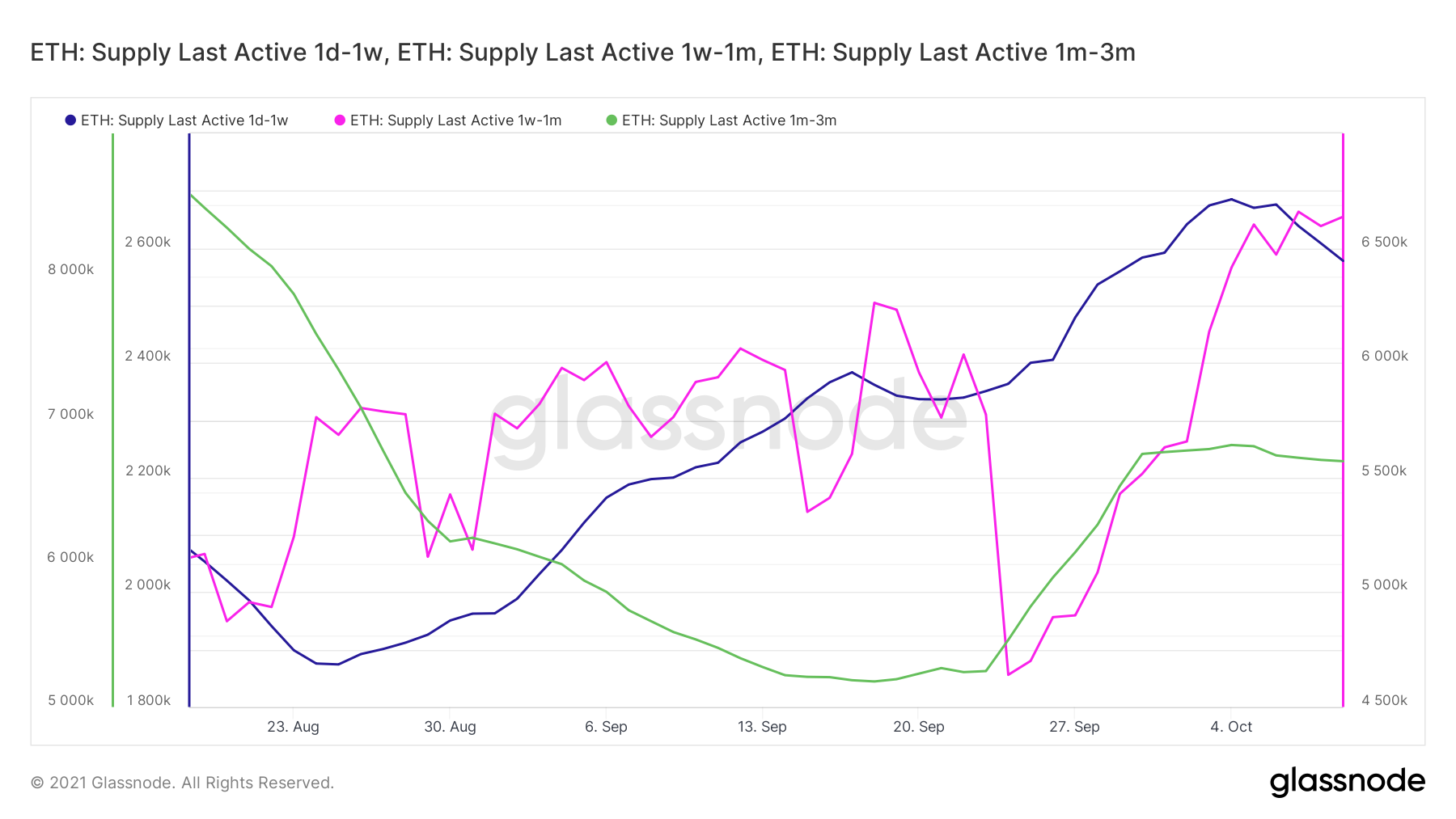 Plus some more bullishness could be induced into these investors since more than 96.83% of addresses are in profit. These figures are the highest that Ethereum investors have ever seen. 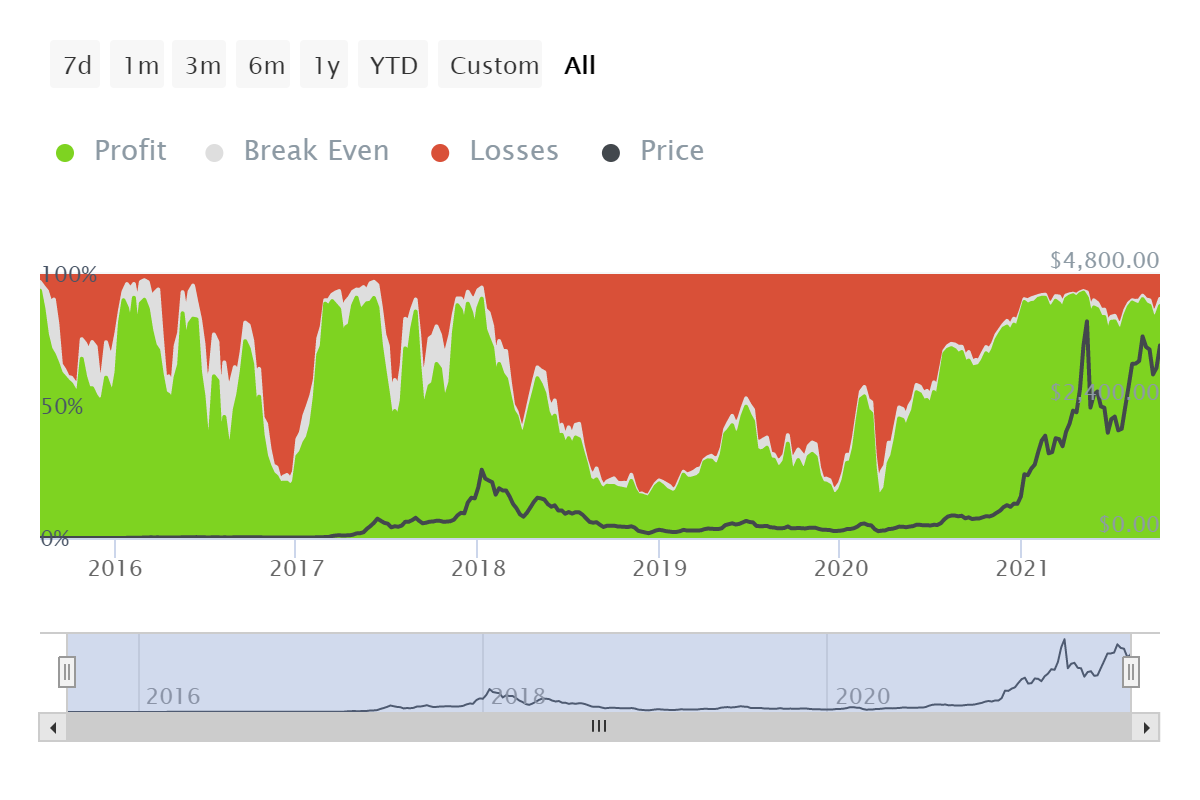 Thus, If STH and MTH continue to HODL and not sell, Ethereum could potentially move back up again. And as a result, the present scenario would turn into a break instead of a halt.

Despite criticism, Shiba Inu may have a ‘point’ to make