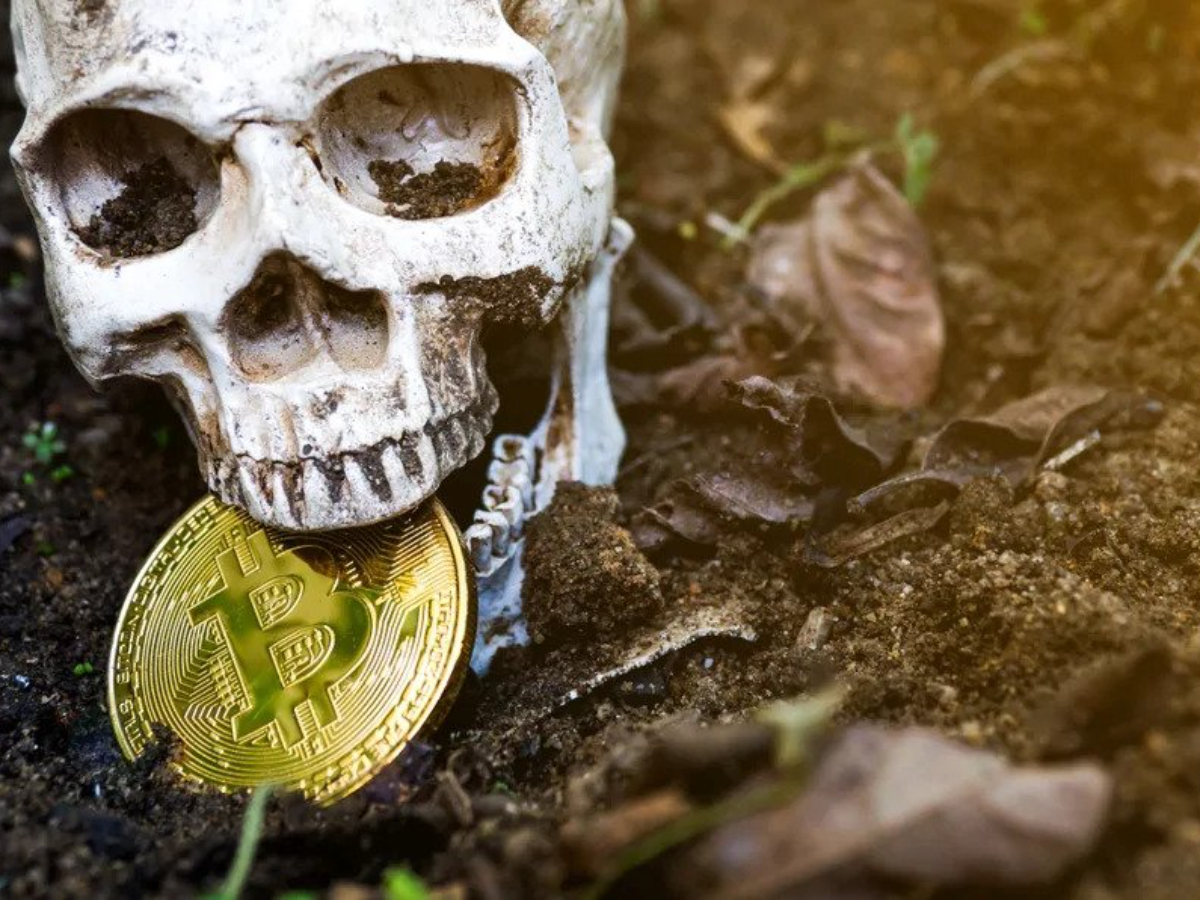 In the crypto-market, Bitcoin is held responsible most of the time for triggering a rally or a correction. However, not necessarily does every token existing follow it. One particular altcoin is proof of exactly that.

While Bitcoin has come down by 7.6% in the last 3 days, Harmony token has charted its own path. In fact, its monthly hike percentage has overshadowed Bitcoin’s.

Harmony saw its token hike by over 116% this month. The king coin, on the other hand, was up by just a little over 46%, at the time of this report. Now, there’s barely any equivalence between the two, but the disparity in the aforementioned figures is worth looking at.

Now, a big reason behind this is the social boost the altcoin was subjected to over the last couple of days. 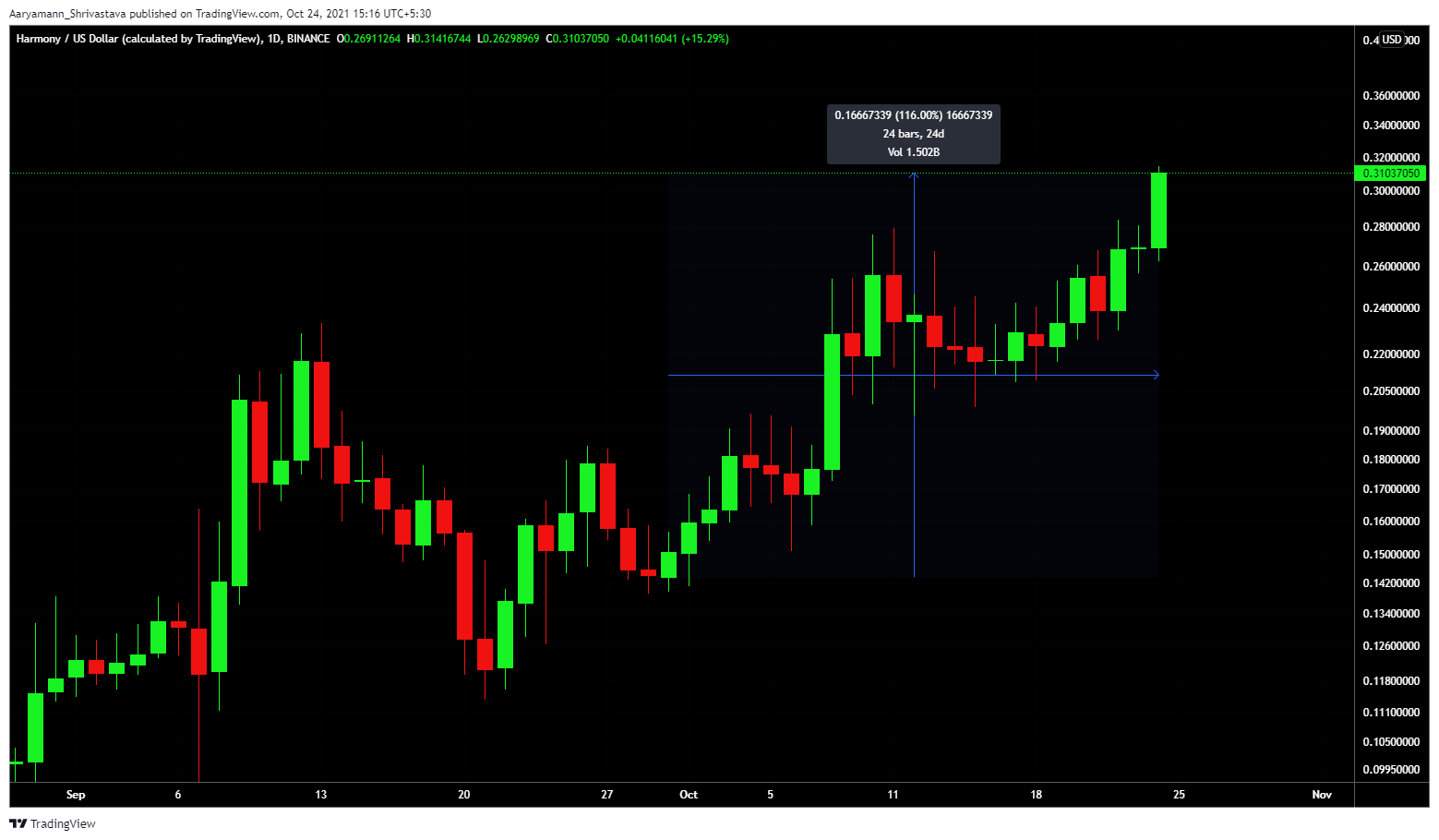 During the recently concluded ONE World conference, multiple DAOs and gaming projects were featured. A considerable cause behind this bullishness is the recently announced $300 million fund. Harmony aims to empower developers on the chain and further the growth of the ecosystem using this fund.

Plus, this growth isn’t being proclaimed completely randomly, it actually is visible on-chain.

In the last 48 hours, the altcoin’s market cap has risen by over $600 million, and ONE surpassed some major tokens like TerraUSD, Waves, and Maker.

Currently, it is on the path to overtake the well-known Bitcoin fork BSV and Kusama.

Additionally, owing to the aforementioned reasons, its investors have become more active and the average volumes for the coin have shot up by almost 525% from $48M to $300M.

And, as a blockchain, it does show a lot of promise, with its development activity on GitHub picturing over 230 repositories.

What about what the future holds? Well, the returns do look promising when you look at the Sharpe ratio, which was well above 5.0. What’s more, even the volatility seemed to be pretty low. 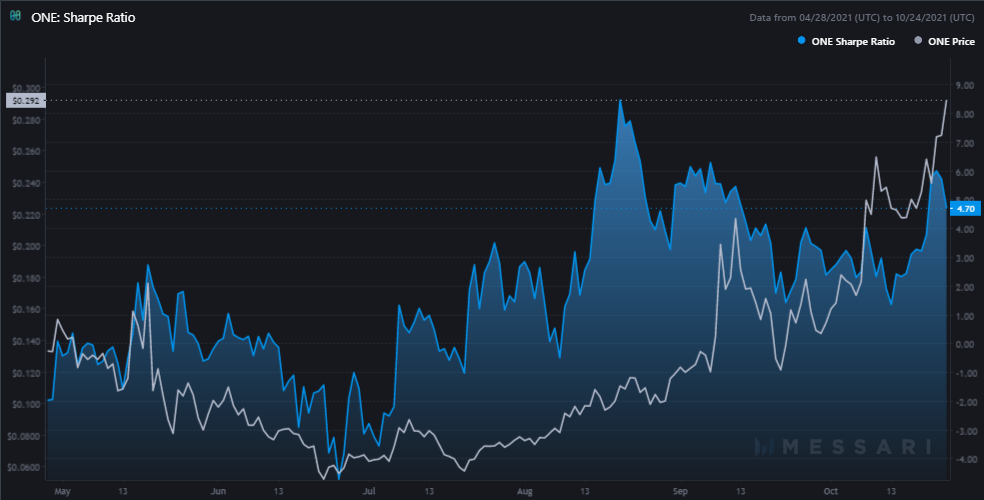 However, the altcoin is not following the broader market’s cues and is instead, relying on itself.

So, if tomorrow the whole market goes up, it may not be necessary that ONE will rise as well. Thus, the advice would be to do your own research and invest carefully.