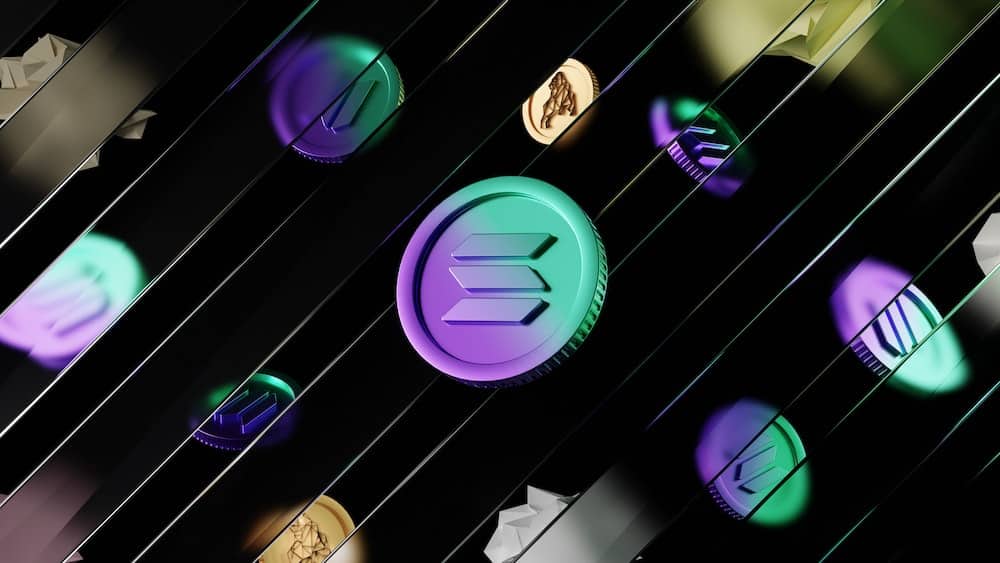 Delphi Digital fueled quite the stir recently after it revealed that Solana hit a new ATH of sorts. According to its tweet, Solana recorded NFT volumes of 344k – An ATH that well surpassed its previous all-time high set in May. This big surge may be attributable to the y00ts NFTs.

Ergo, the question – Could the rising interest in Solana’s NFTs have a favorable effect on its price?

Solana has been in the news for its increasing impact in the NFT space for quite some time now. However, after the y00ts NFT mint, NFT transactions on the Solana blockchain have seen a massive spike. 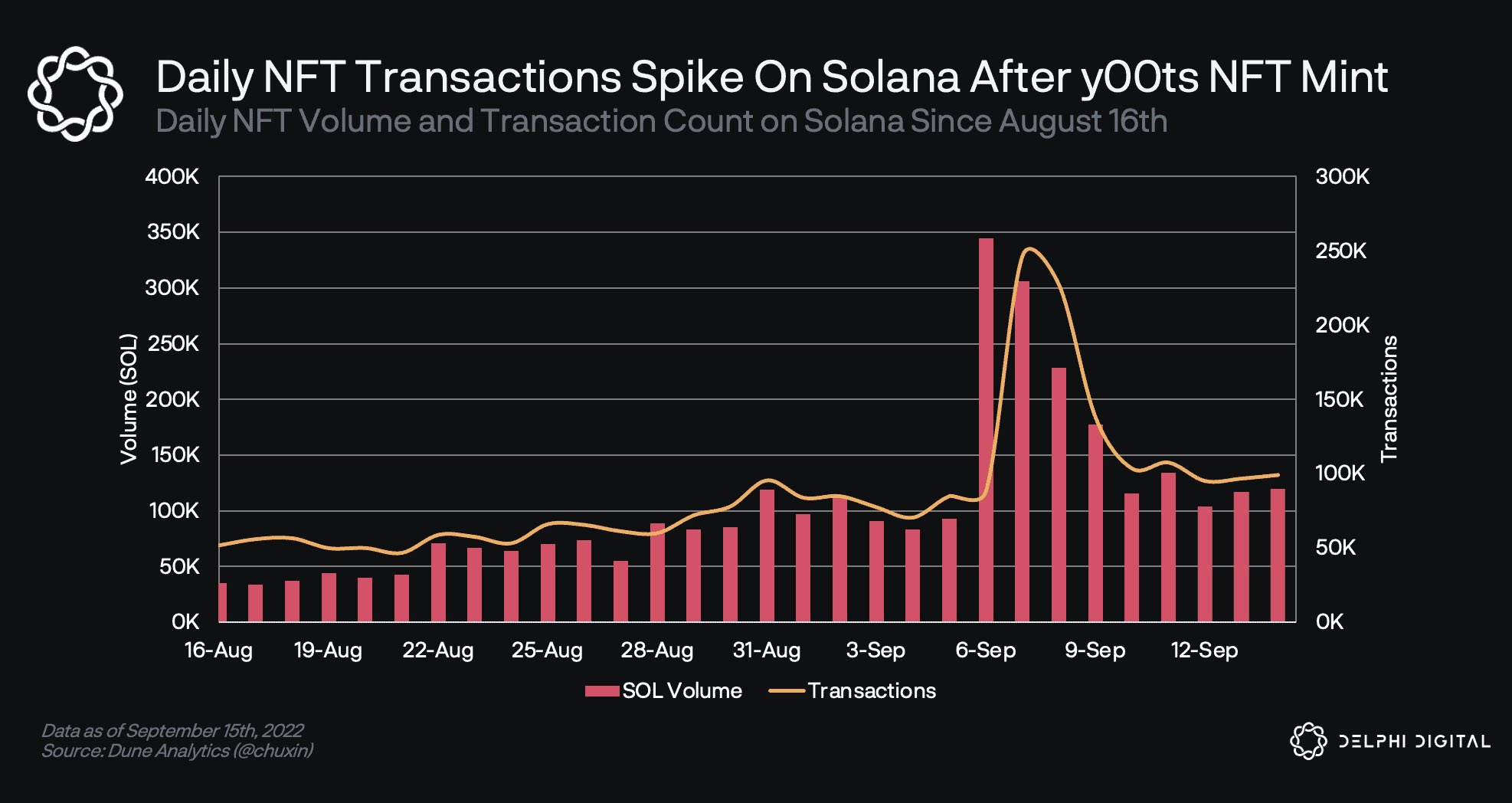 Standing apart from the crowd

The y00ts NFT project is the latest NFT project from the creators of the leading collection on Solana – DeGods. However, what makes this project unique is the ownership rights that the holders have.

In a traditional NFT project, the IP is typically owned by the NFT holder. What yOOts is attempting is known as Creative Commons or CCO. It is an alternate method of licensing IP that permits the holder’s assets to be possessed by the public domain.

This allows a yOOts owner to develop sub-communities or enterprises based on the NFT they own, as well as monetize the NFT’s they own through fan art and sub-DAOs.

However, the NFT marketplace isn’t the only avenue in which Solana has been dominating,

Solana has seen a hike of 150% in its social media mentions and 170.94% in its social engagements over the past three months. In light of its NFT ecosystem’s growing popularity, it seems that Solana’s fame will be on the rise in the future too.

Although there has been quite a lot of criticism against Solana for its multiple downtimes, it seems that developers have been working hard to fix these downtime issues.

Consider this – There has been a massive spike in developer activity over the past week, indicating that the Solana team has been working on upgrades and updates to improve the Solana system. However, SOL’s marketcap has been depreciating over the last 7 days.

Alas, that isn’t the only cause of concern for investors. SOL’s volume has depreciated by -66.92% over the past week, and its marketcap dominance has fallen by 4.92% in just over a month.

The massive drop in volume could be a red flag for investors who are looking to invest in SOL. 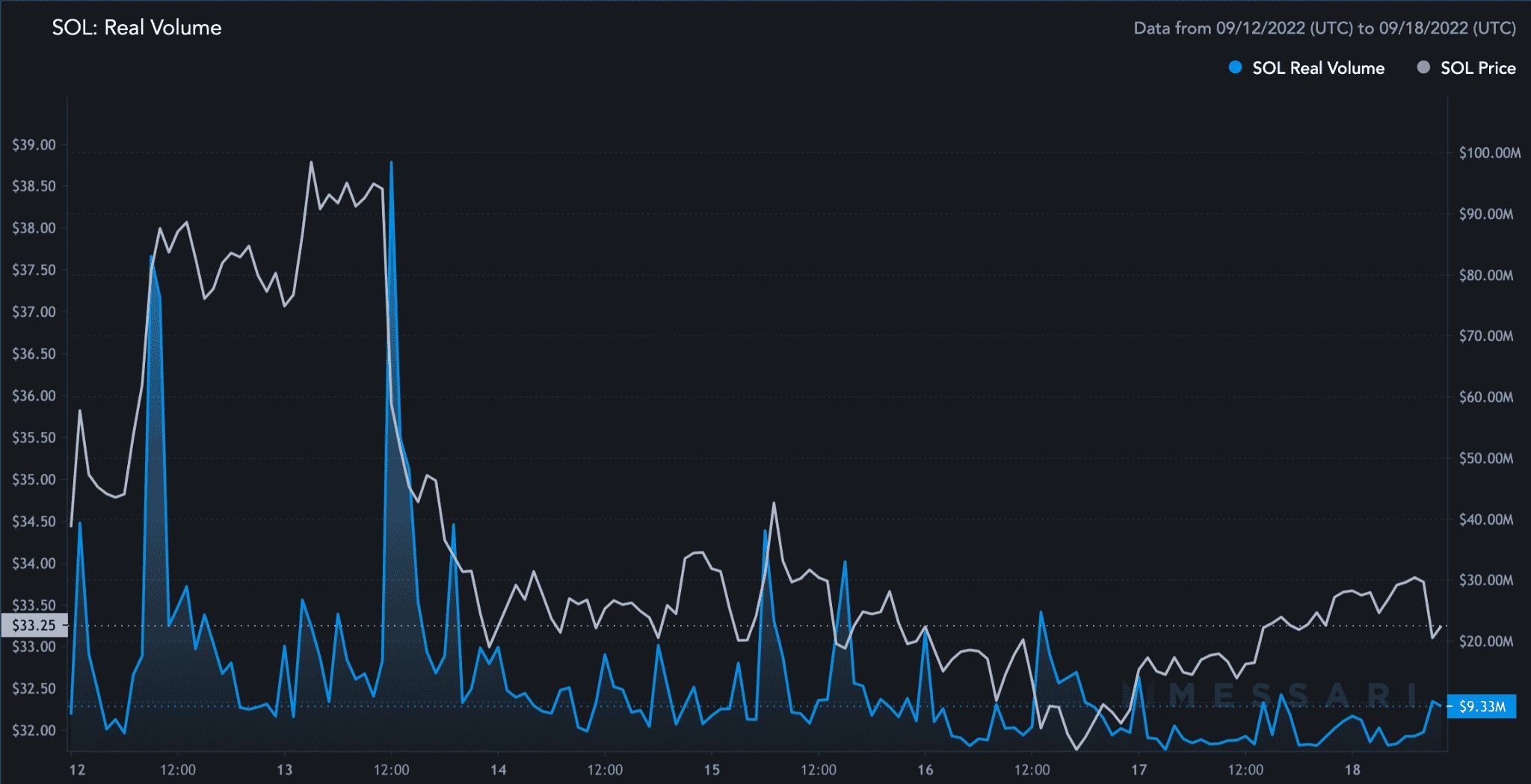 Solana has been subject to massive criticism in the past due to its downtimes. However, thanks to the new partnership with the Helium network and its growth in the NFT space, the tide could turn in Solana’s favor.

It remains to be seen whether these recent developments can have a positive impact on Solana.