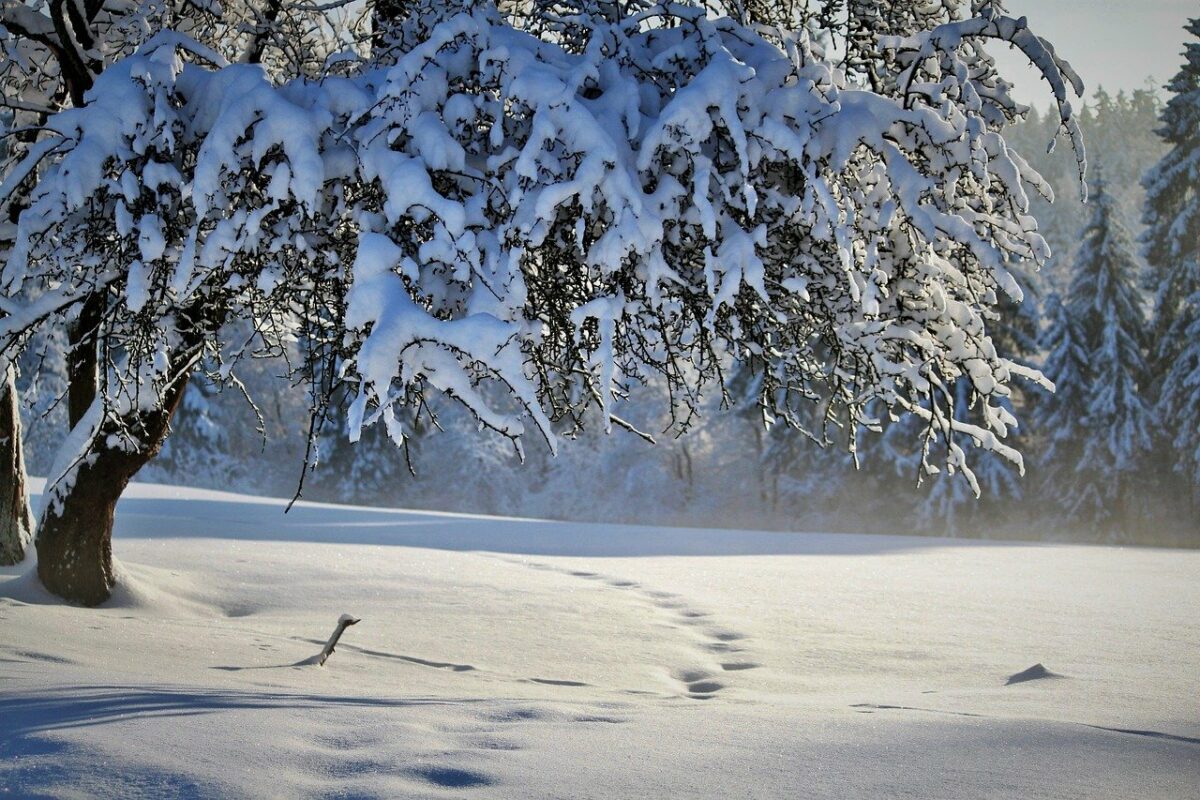 Avalanche was unable to break the $127 highs it posted at the beginning of the month. A strong rejection there was followed by a series of former support levels giving way to bearish pressure. The $104 area and the $101 level were likely to be tested once more.

There was a confluence from both a chart pattern and an area of significance at $104. However, the interesting question is- Will buyers be willing to set bids in this area once more, or will the buyers be overwhelmed? 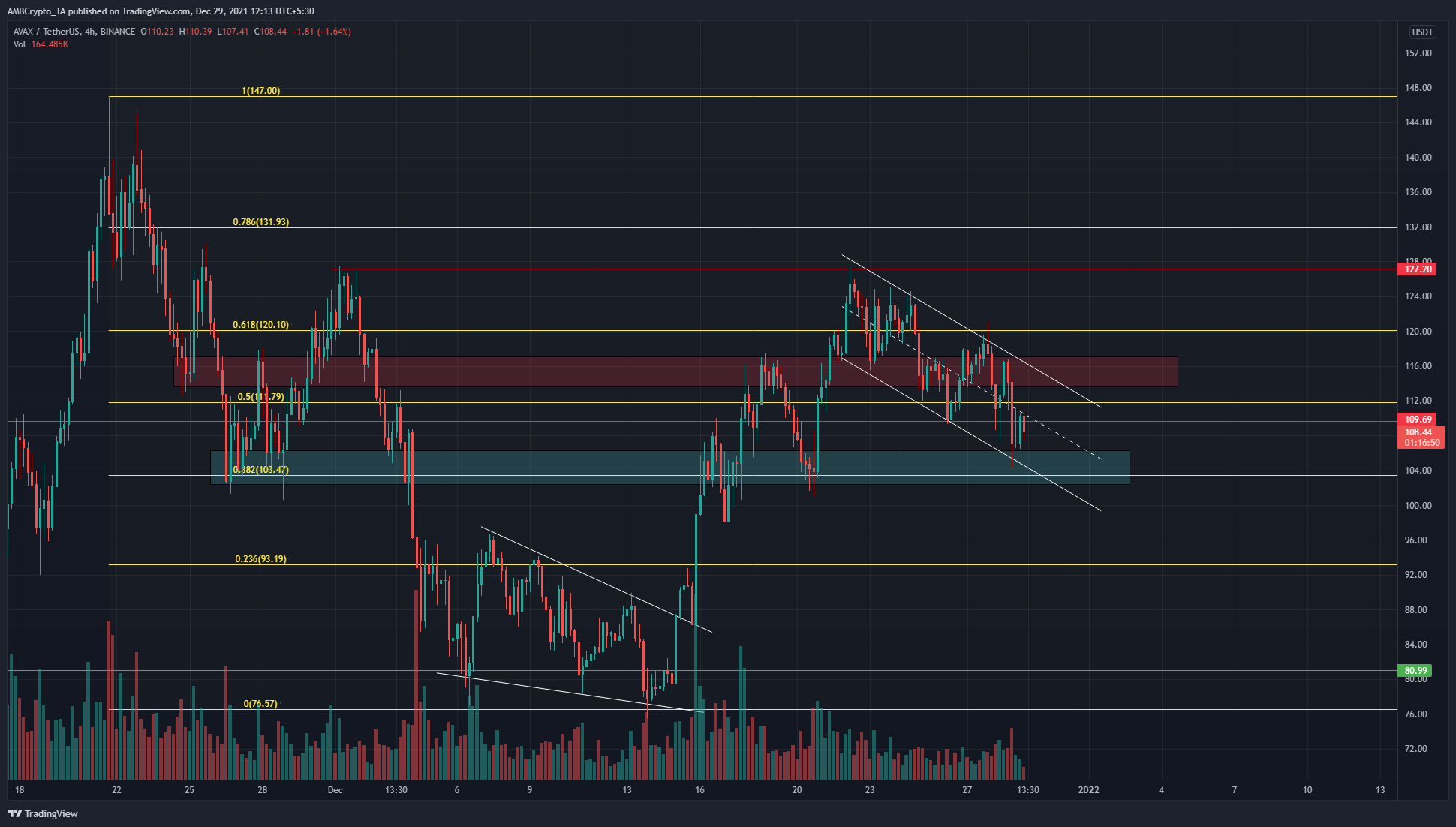 On the charts, a descending channel (white) pattern was formed. The mid-point of this channel (dotted) has served as both resistance and support in recent days and was likely to do so in the next few days as well. The $109.7 level has been significant in recent weeks.

AVAX was forced to close beneath this level and retest it as resistance. This meant AVAX was likely to seek the channel’s lows for demand. This marked the strength of the sellers. The Fibonacci retracement levels (yellow) and significant levels (red) were clustered in the $100-$120 area.

Buyers were able to drive a rally from the $76 lows and flip the $100 area to demand. Selling pressure has been evident after AVAX failed to break $127. The next levels of support are $101 and $98. 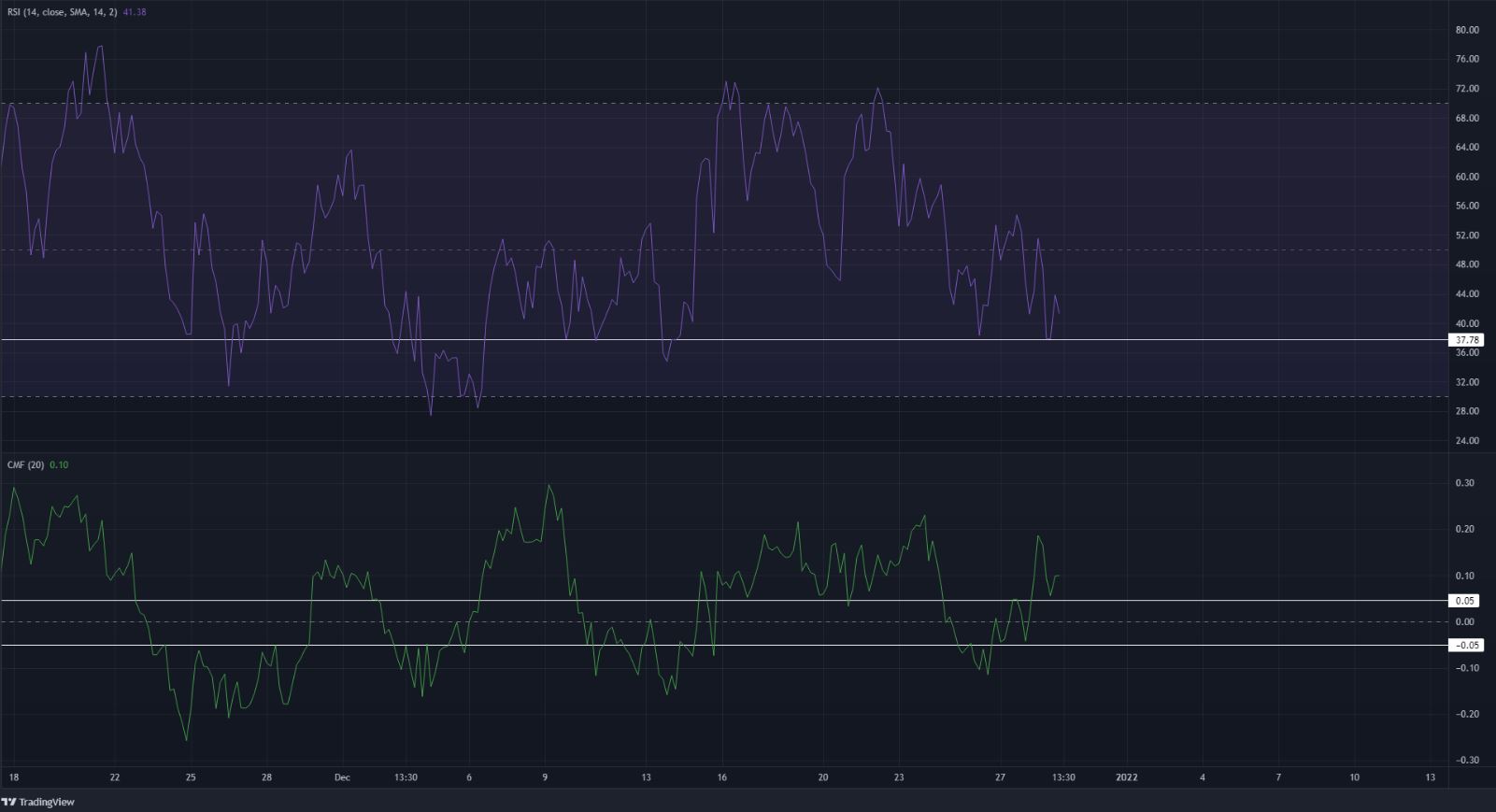 On the 4-hour chart, the RSI showed that 37 was a level for the bulls to hold. A session close below this, has seen AVAX undergo another leg downward.

On the other hand, a bounce off this level has also marked short-term lows. At the time of writing, a bounce was witnessed. Along with the channel support and area of demand in $104, it was possible a bounce could follow. The Chaikin Money Flow remained above +0.05, showing that capital flow was still directed into the market, and buyers still held some power.

Avalanche was unable to force its way past $127, even during a time period where Bitcoin rallied from range lows at $45.6k to highs at $51k. If Bitcoin made its way back lower in the coming days, AVAX was likely to be dragged along. A close below $98 (beneath the channel) would hasten a drop toward $78-$80.

Related Topics:AvalancheAVAXPrice prediction
Up Next