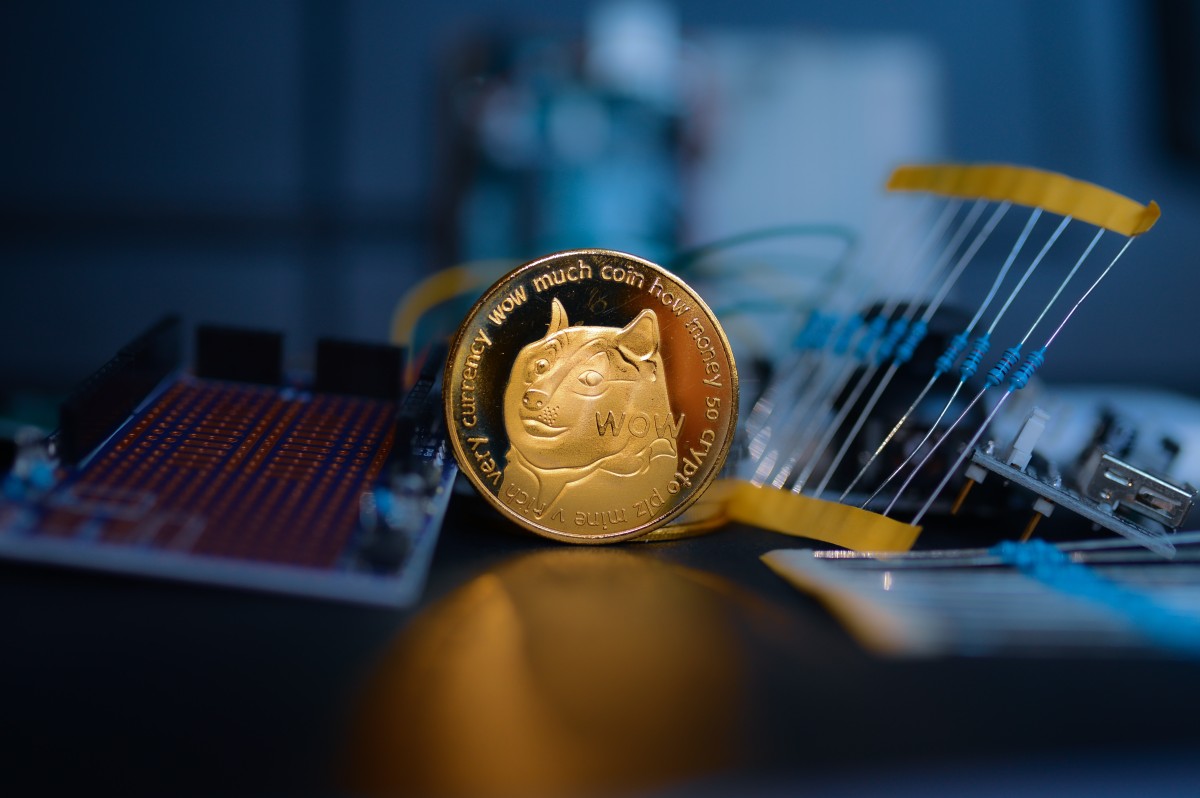 “It is a coin eat coin world out there.”

Recent data from CoinMarketCap revealed that over the last 24 hours, with a market capitalization of $11,369,136,359, Dogecoin regained its position as the 10th largest cryptocurrency. In doing so, DOGE replaced Polkadot on the rankings charts.

Do DOGE comrades have cause to celebrate just yet though? Well, come along as we take a look at the meme coin’s performance over the last 24 hours.

Doges! Hold on to that thought

The market capitalization’s hike in the last 24 hours did not fuel any significant spikes in the crypto’s price. Instead, DOGE fell by 0.66%.

At press time, the Relative Strength Index (RSI) was moving north, having maintained an index of 45.24. In doing so, it seemed well on its way to the neutral 50-zone.

Furthermore, a look at the Money Flow Index (MFI) revealed that it was also positioned just below 50, with the same pointing north.

Finally, the MACD hinted at a bullish bias, with the MACD having intersected with the trendline since 23 May.

In light of the waning strength of the bulls, a bearish correction might be imminent on the charts for Dogecoin. 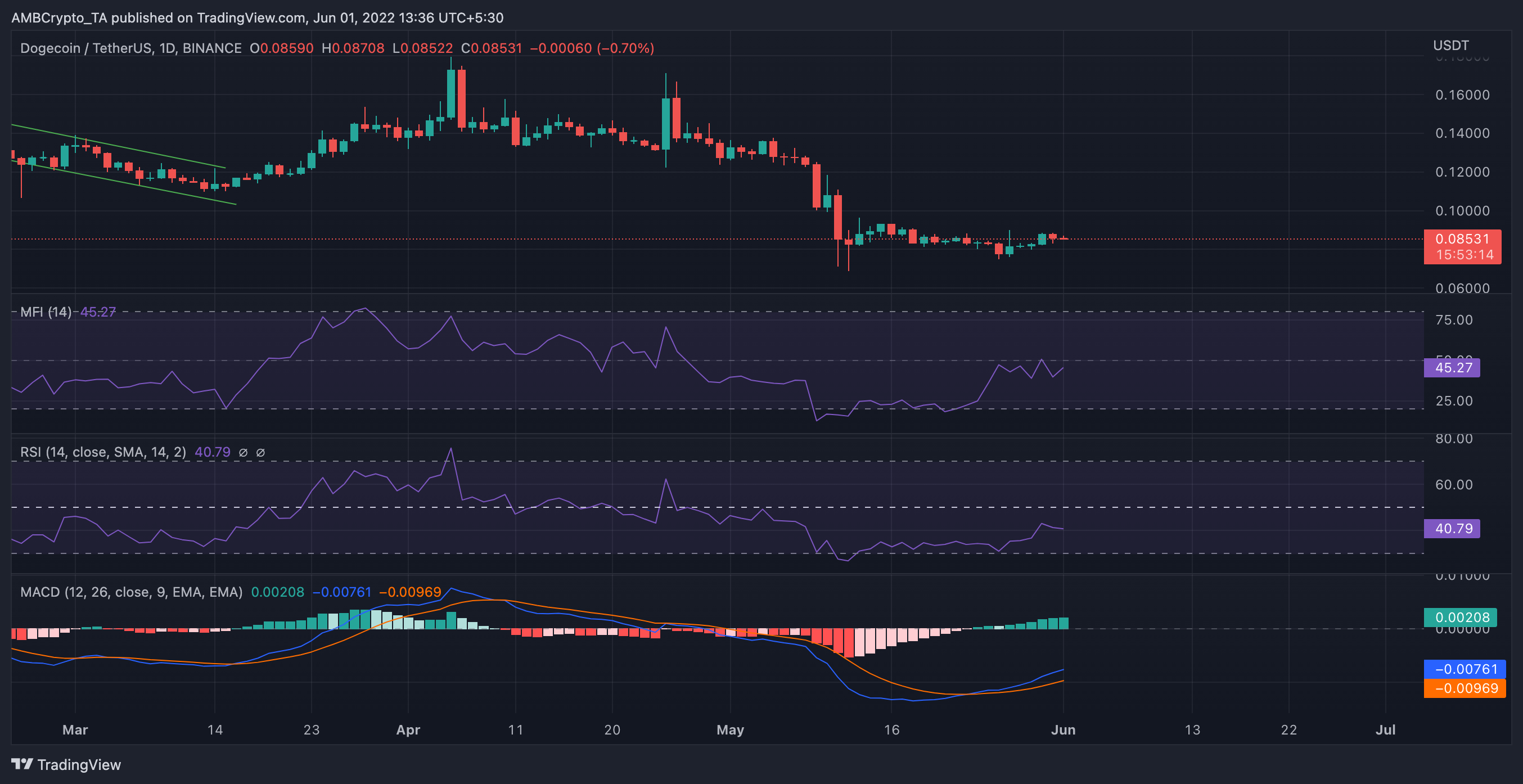 Not so bad after all

On-chain analysis further revealed that Dogecoin put on a stellar performance yesterday. On the social front, significant traction was seen. Registering an increment of 27%, the Social Dominance for the meme coin was pegged at 5.75% at press time.

Similarly, the Social Volume shot up by 37% in just two days. Dogecoin’s growth on the social front can be attributable to the news of growth in the token’s market cap. This must have driven and fueled conversations within various social spaces.

Additionally, the meme coin recorded a significant spike in whale transactions counts on 31 May, following the declaration of Dogecoin as the 10th largest cryptocurrency.

Similarly, for transactions above $1 million, a high of 28 transactions was seen. This pointed to an 89% increase in a matter of just two days. The hike spotted in whale transaction counts could be accumulation by whales in expectation of a coming bull run after Dogecoin’s displacement of DOT.