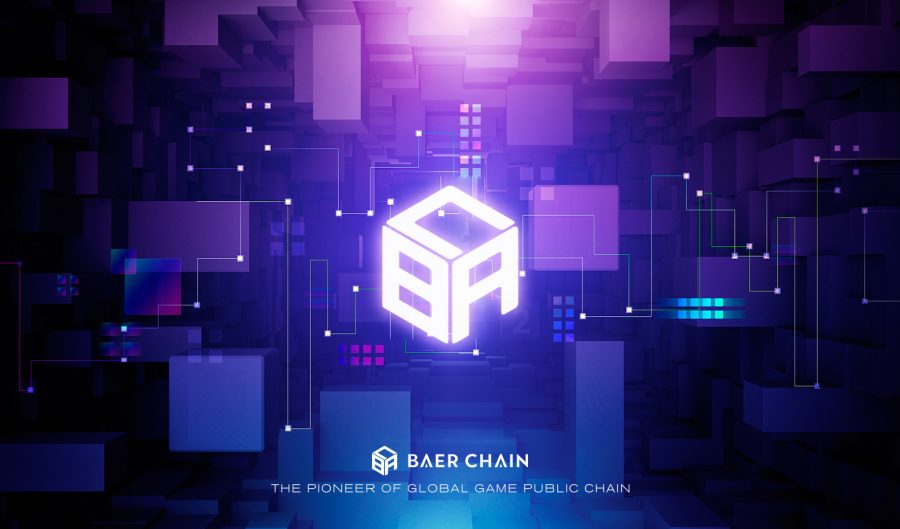 In 2018, after more than a decade of rapid expansion, the game industry encountered an unprecedented crisis. The number of new gamers has reached its lowest point in a decade; in the same year, the “blockchain” has spread all over the world. Game industry practitioners are also quickly following up. When the traditional game industry meets the challenge and the blockchain game appears, how the entrepreneurs in the game industry choose the future path seems to be a simple and complicated issue.
Baer Chain, a game ecosystem is built based on blockchain technology architecture using distributed intelligent contracts. Baer Chain CEO Vincent said,

“Game is second only to the finance which is best suitable for blockchain applications industry. Because games have natural virtual scenes”.

The first blockchain games have fallen, but the blockchain+ games still have a lot of opportunities. Now, it belongs to the era of 3.0, the integration of multiple mechanisms, and economic attributes and playability tend to be balanced. In the 3.0 era, the concept of “game new economy” allowed the game’s entertainment attributes and value attributes to be better integrated.
Vincent added,

“In the process of maturing the entire industry, from 1.0, 2.0, 3.0 to a better era, Baer Chain will focus on the technology development of the underlying public chain, so that technology innovation will bring more value to the game industry. In the future, the Bell Chain main chain will meet the processing requirements of various category of game operations.”

The most fascinating thing about the blockchain field is that it has value if there is a consensus. The higher the consensus, the higher the value. With the technology and hardware ecology, the core of the consensus is the consensus ecology, which is the Bell Chain ecological community.
According to the report, from the first 18 core administrators, Baer Chain has established more than 600 community owners, covering a large ecosystem of more than 650,000 scale, including 621 ecological communities with a population of 331,577; The Cryptocurrency management system registered 342,752 users and grew steadily with 5% growth rate or more.
The data reveals trends and the game is the direction of the future “new economy”. And because of the revolutionary technology of the blockchain, the future game market competing will be quite different.
From the perspective of development trends, the game industry is destined to fully integrate with blockchain technology, and all kinds of needs and difficulties encountered in industrial development can be solved through blockchain technology. These including the player’s rights and value, the value of the game developer, can be better protected through blockchain technology. Less resistance, less frictional environment, means less loss and more efficient value circulation behavior, blockchain can certainly have a greater impetus to the industry, forming an endless virtuous cycle.

Beyond hardware and software wallets: Where’s the safest place to store your cryptocurrency?