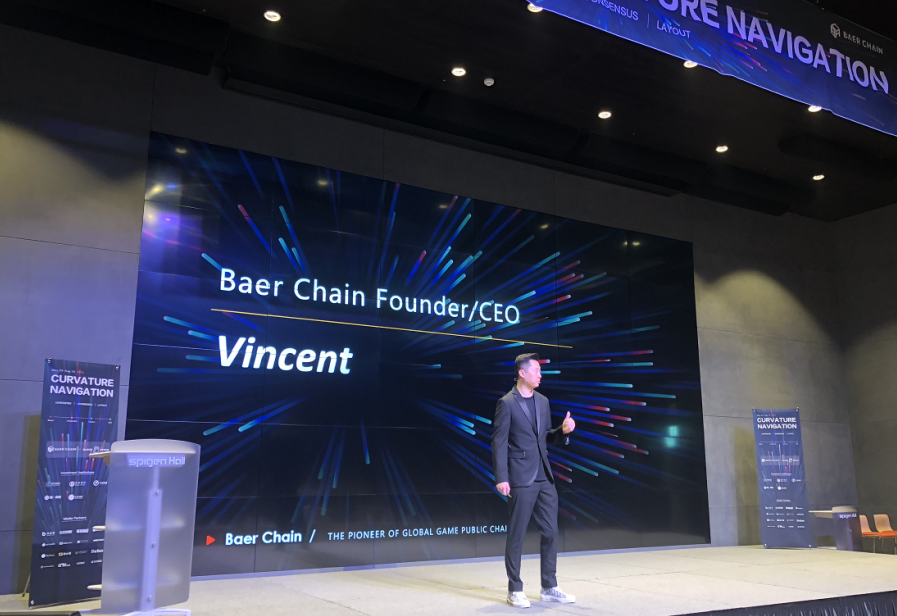 During the conference, Vincent talked about the current status of the development and the future plans of Baer Chain:

On 24th May, Baer Chain “Curvature Navigation” global developers conference was successfully held in Gangnam, South Korea.
Daniel Kim, CEO of Block Patch, a well-known blockchain company in Korea, attended the conference with a special guest, Zhenying Lee, who is focusing on the legal research of the blockchain industry. 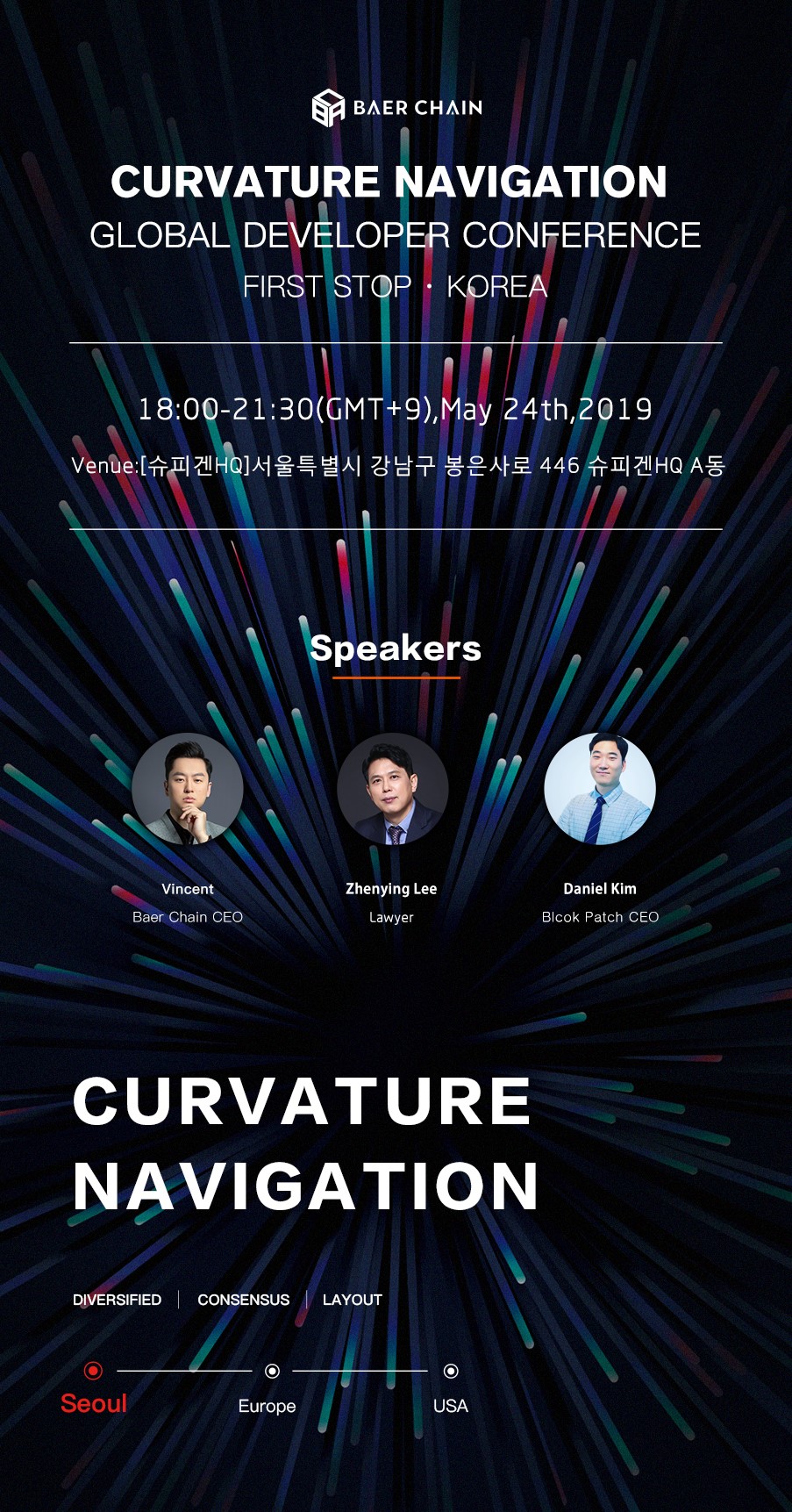 Vincent introduced the development of Baer Chain at the conference. When talking about the progress of the Million Ecology Project, he said:

“We have entered the stage of curvature navigation and Korea is our first stop. Next, we will continue the journey of curvature in Amsterdam, then in London. We will eventually go to North America. What I can tell you is that it will be a grand event in North America to welcome the official launch of the Baer Chain mainnet.” 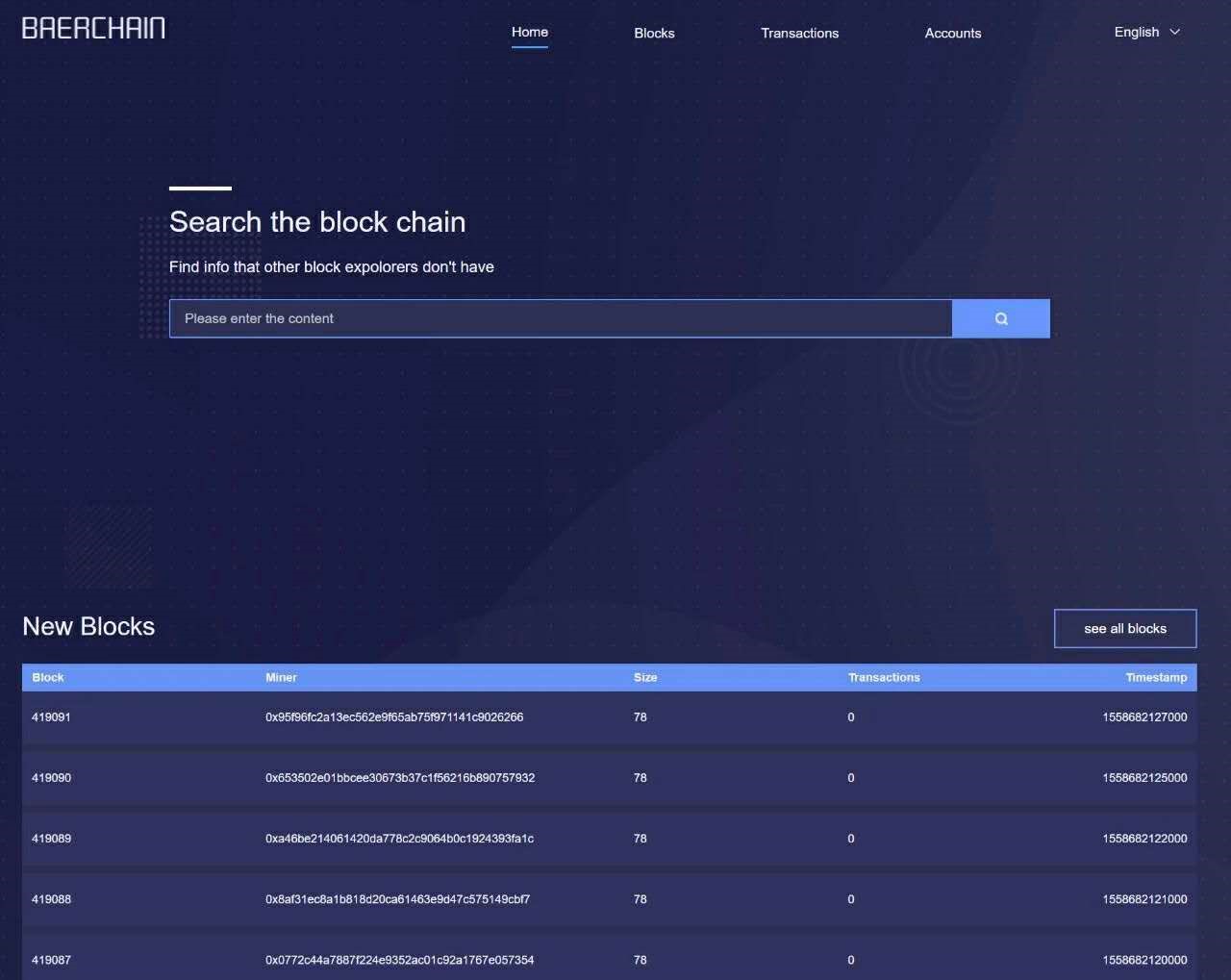 At the conference, Vincent announced that the first version of the Baer Chain block explorer developed by the supernode team Baer LA has been launched. It is the most direct visualization approach for users to engage with the mainnet.
With the release of the block explorer, all the third-party node teams are now able to smoothly carry out the development work based on the Baer Chain technology architecture, which means that the technology development of Baer Chain has entered the decentralization and the rapid growth stage of cooperation.
At the conference, Shawn from the supernode team Baer Cali also talked about the advantages of the Baer Chain technology architecture and how they began to develop games on Baer Chain.
Vincent stated that there were more than 10 super node teams have already started their development of new games. They are working very hard to develop their games and strive to release their products on the Baer Chain as soon as possible.
In the following Q&A session, Vincent was asked by one of the participants that if BRC was affected by Million Ecology Project, and Vincent responded:

“BRC is an indicator of Baer Chain’s values. The positive trend of BRC reflects the market’s view on the development and future value of Baer Chain.”