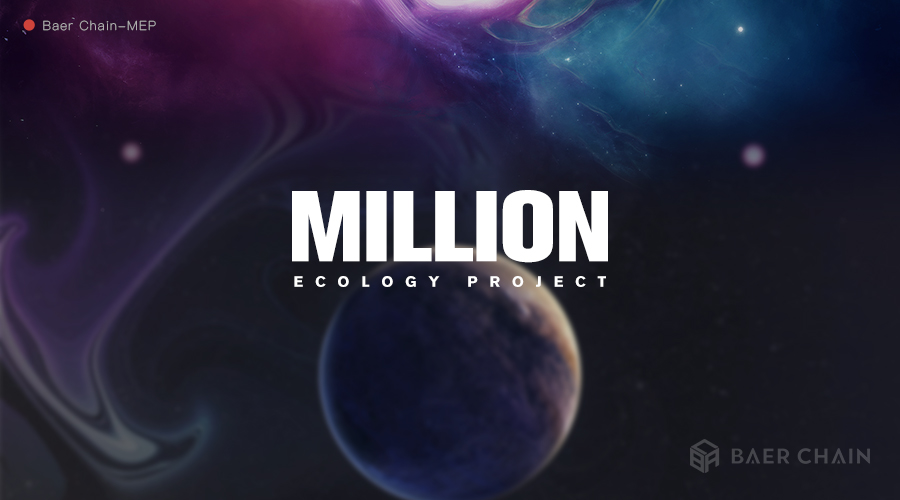 Several blockchain games that are popular in the market both use the “node mode” in community governance.
Recently, the LOOM Network, a blockchain social application platform that does not release white papers but only products, is currently undergoing 21 certifier screenings, which is the node-mode community governance adopted. Baer Chain, another blockchain game ecosystem platform, is also preparing for a fiery registration campaign for the SuperNode campaign and has simultaneously launched the MEP Million Ecology Project to boost the accelerated implementation of the Baer Chain million ecological consensus.
So, why those blockchain games are so keen on node-mode?
The high degree of conformity between the “node mode” community governance and the blockchain game application scenario creates a community of shared interests. For the blockchain game project, the game theory in the game and the announcement outside the game are the keys to the survival of the project. The community governance in the “node mode” can provide a good guarantee for these two key points.
First of all, for the promotion outside the game, the principle is easy to understand. Once there is a node, not only the Token is locked by the project side, but also they will promote the project. “To hold those tokens, you should go to the publicity.” Naturally, after the Baer Chain super node campaign is completed, BRC will have at least 21 die-hard fans. These supernodes are both with great energy. Their recognition and promotion of the project are more persuasive and attractive than the project side.
For the project sponsors, in addition to the campaign’s own attention flow, it is also the first step in the entire ecological process.
When the game is really rolled out, the competition and the game theory within the game are particularly important. At this time, the importance of the node is more apparent. Because of the broadcast ability of nodes, they are the best carrier of game communication, because there is competition between nodes, they need to show the world what they got. For competitive games, it is easier to set up nodes with partial investment, it is easier to form a plutocrat with a node.
After the Baer Chain SuperNode campaign is completed, those teams on the Baer Chain platform will be more dynamic and combative, and the game’s plutocrats will also increase a lot. Throughout the game industry, any really hot game is based on the prosperity of high-sports and game theory, and at the beginning of the node, it has already laid a catalyst for the popularity of a series of game chains such as LOOM and Baer Chain.
For more information, please visit the website, or check out here.

The New Way To Gamble Online: A Bitcoin Casino Guide