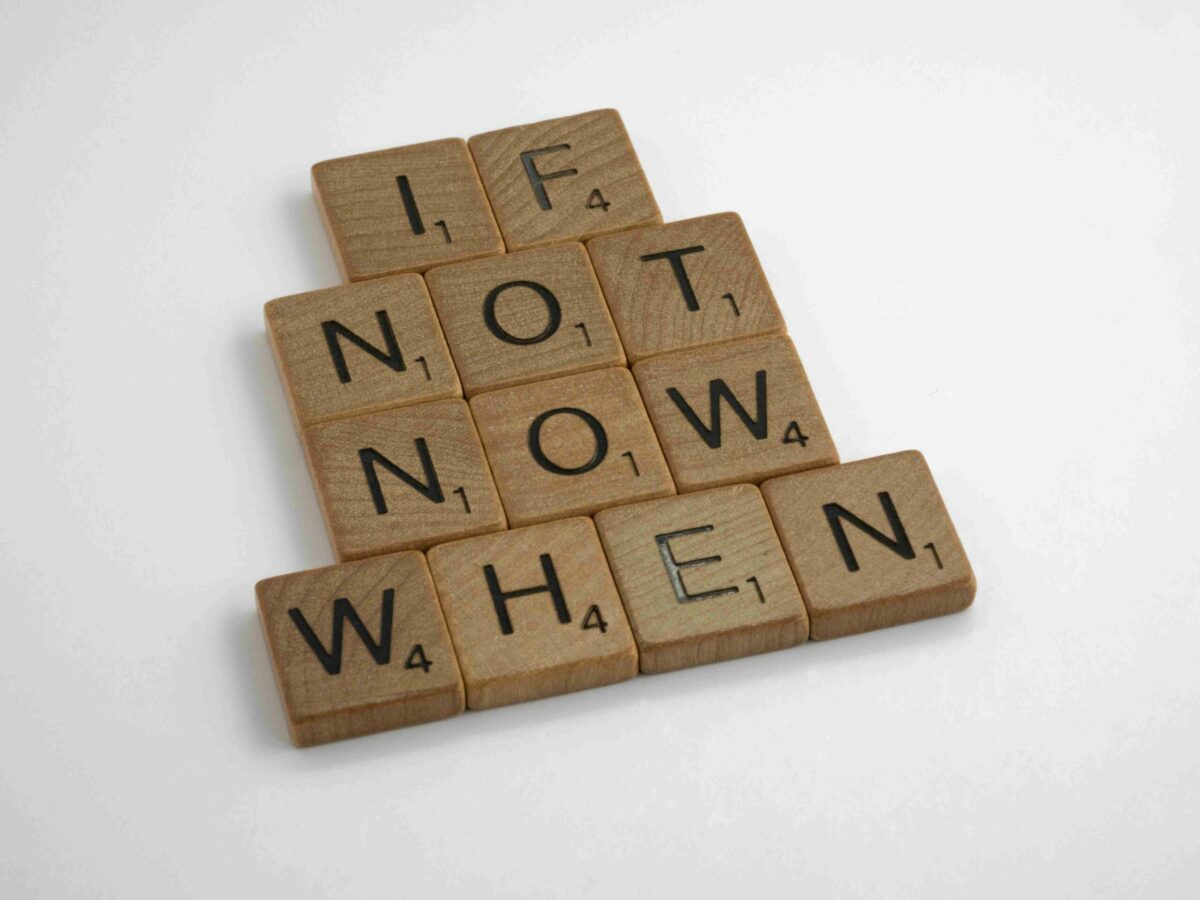 Bitcoin‘s sideways movement seemed to be pushing the asset’s price in a bearish direction once again. After closing the past week above $34,750, BTC’s press time price structure was again under severe risk of getting mauled by the bears. The asset was unable to hold a position above $34,000 and in fact, over the past few hours, the price had dropped down to $32,500 i.e ~4% drop.

While such a price action continues to hurt the crypto’s potential recovery in the short term, there is another key indicator that may allow traders to understand sentiment from an investment point of view.

While the price is struggling to hold a higher position on the charts, data from Glassnode seemed to suggest that the distribution during this bull market has been much more mature than the one seen back in 2017. 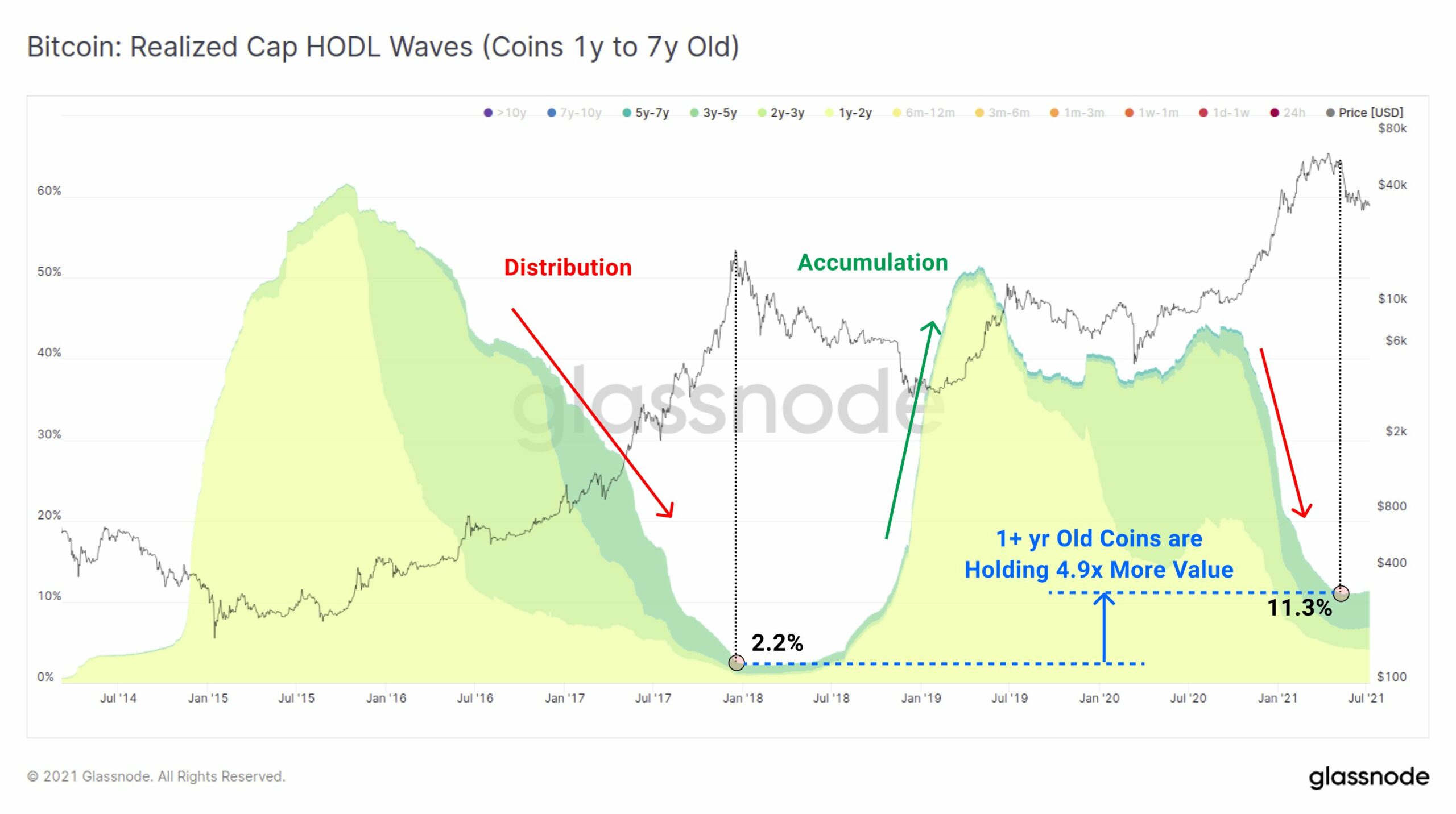 Analyzing both the distribution cycle from 2017 and 2021, the coins held between 1 year to 7 years had a 4.9 times larger realized cap, i.e 11.3% in comparison to 2.2% in 2017. This indicated that the strength of long-term hodlers was much more defined than scarce.

When middle age coins were analyzed, aged between 3 months – 12 months, these currently hold the largest volumes, and according to data, are possibly more inclined to become sell-side pressure. 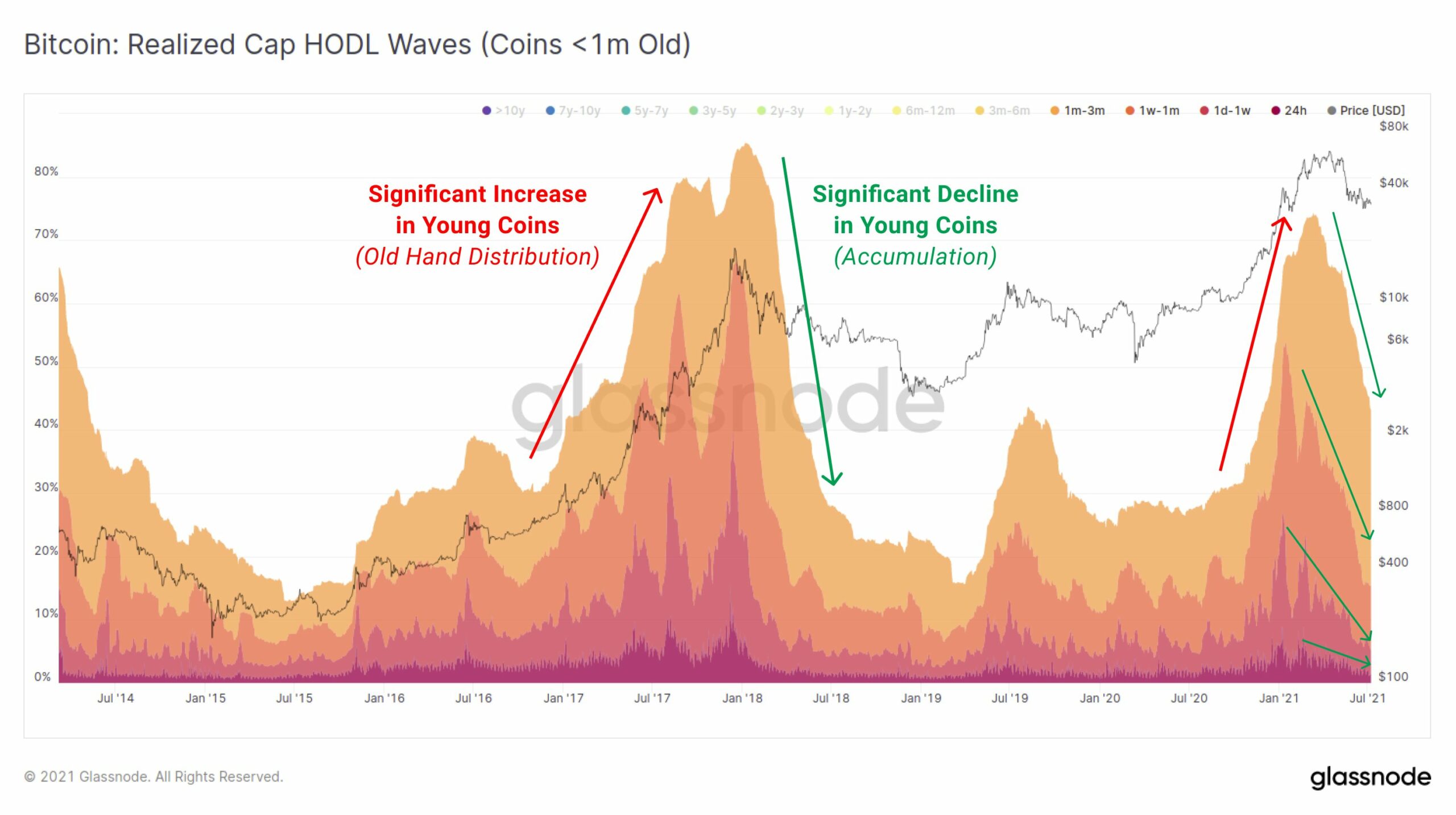 Now, these HODL waves are extremely important to understand the market sentiment, but the metric amounts to delayed functionality and by the time there is an actual switch in hodling, the price has already dropped or risen on the charts.

Why does it happen? 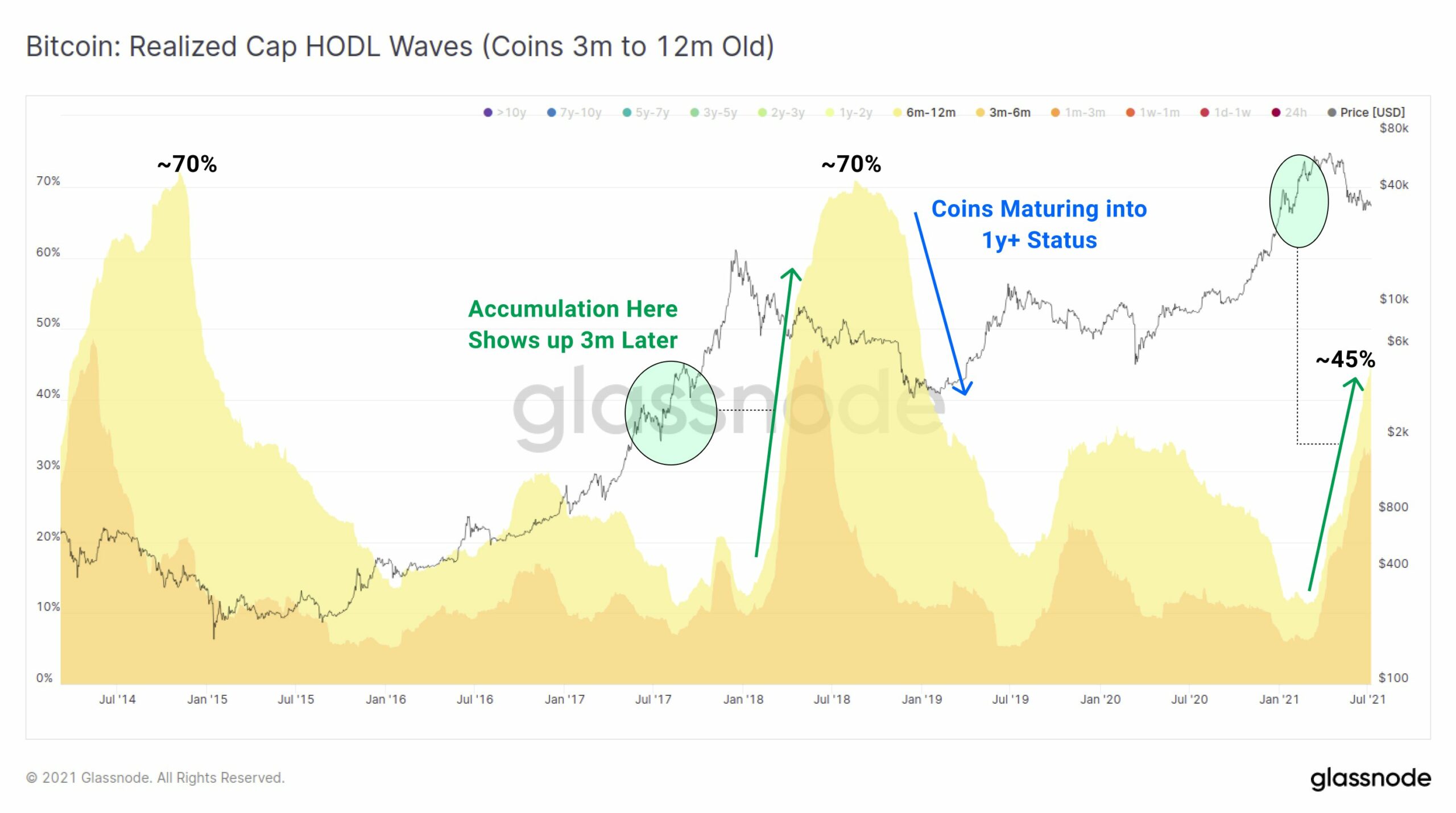 Simply put, it is a time-intensive indicator. HODL waves’ importance remains key from a long-term perspective, but it is not useful to understand short-term bullish or bearish pressure. For example, when the price dipped on 19 May, there wasn’t a clear idea about how medium aged-coins are reacting since their time period was still unclear.

Over the past few weeks, the price has stabilized at a low valuation, and according to the attached chart, medium hodlers are still bullish. What that means is that panic sellers could have avoided selling at a possible loss when the price depreciated in the market. However, the signal wasn’t clear then. It is now.

Following price action based on supply and demand remains more crucial over the short term and the placement of liquidity pools can be underlined to define a range. When it comes to HODL sentiment, it will only keep you bullish when you look at it with a long-term investment position in mind.

Related Topics:BitcoinRealized HODL waves
Up Next

Cardano: How far along is Alonzo?