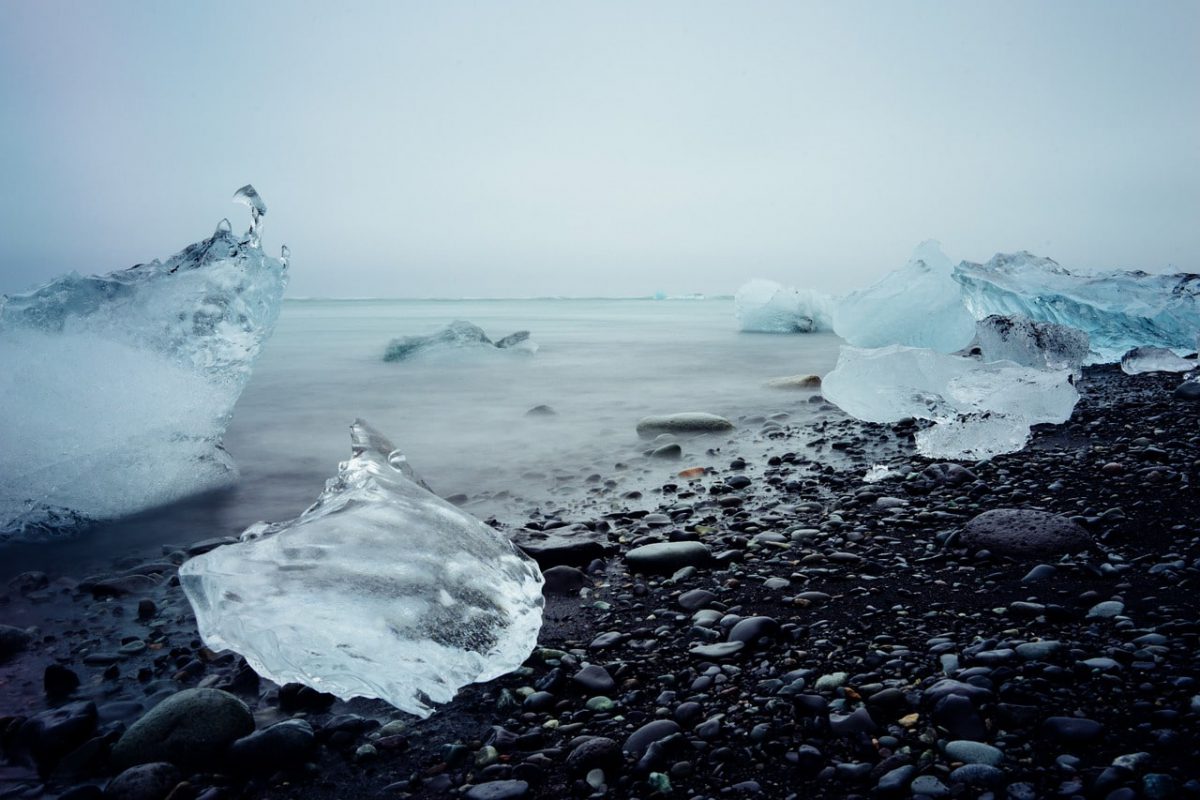 Binance Coin approached its previous high at $356, and beyond it lies exciting price discovery for the token once more. Aave attempted to climb to the range highs at $421, and SushiSwap would need to defend $14.3 over the coming days if it is to have a chance at recovery back toward $17. 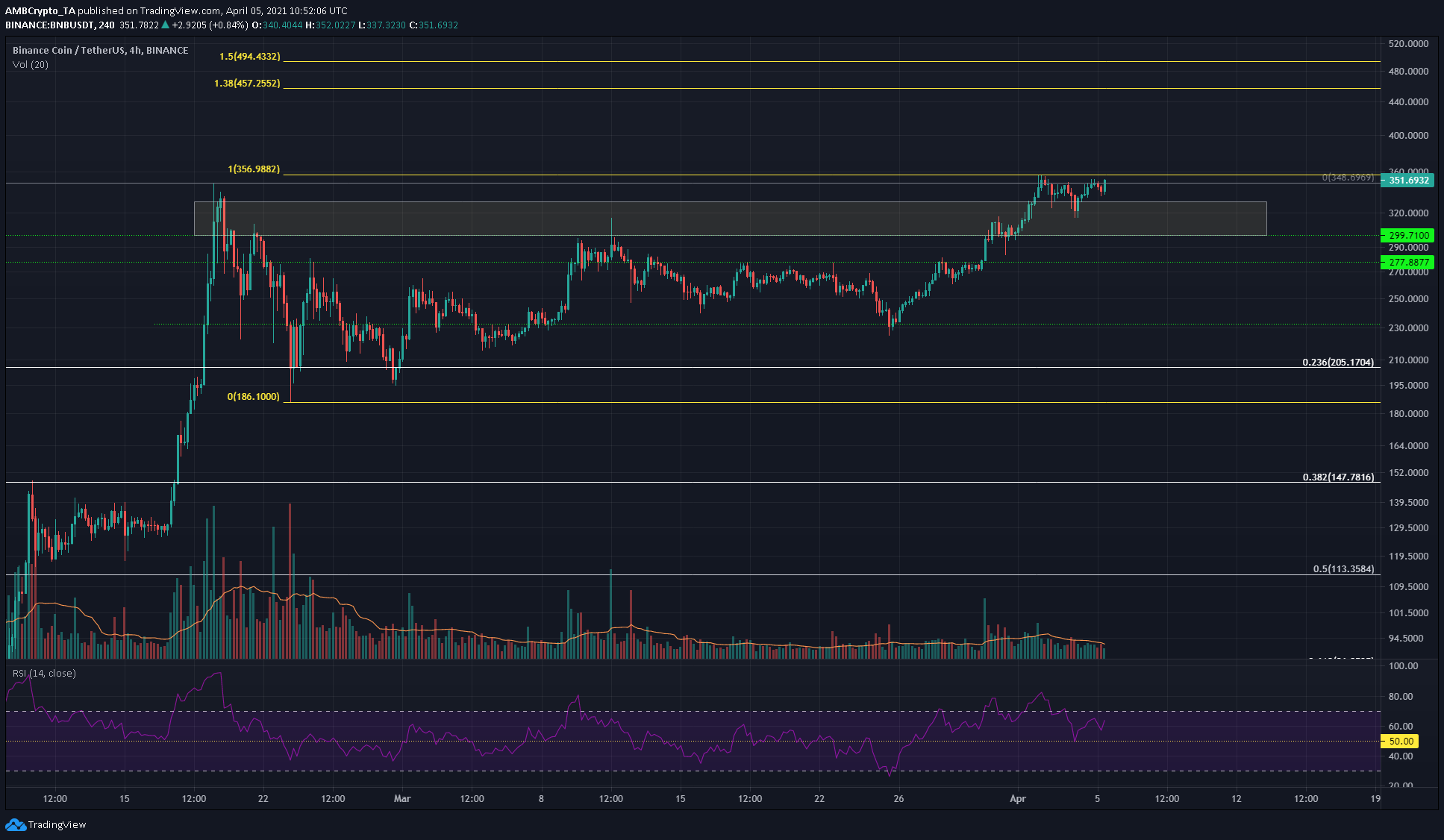 Binance Coin dipped into the area of demand from $300-$330, and bounced once more. The RSI stayed above neutral 50 to indicate that the momentum has not shifted in bearish favor. The past couple of days saw trading volume trend lower.

This is something that has to change if BNB is to break out past $350 and enter price discovery. Using Fibonacci extension levels, the $457 is a level that would be a take-profit for BNB in the days, or weeks, to come. A drop beneath $300 could see BNB drop back to $277. 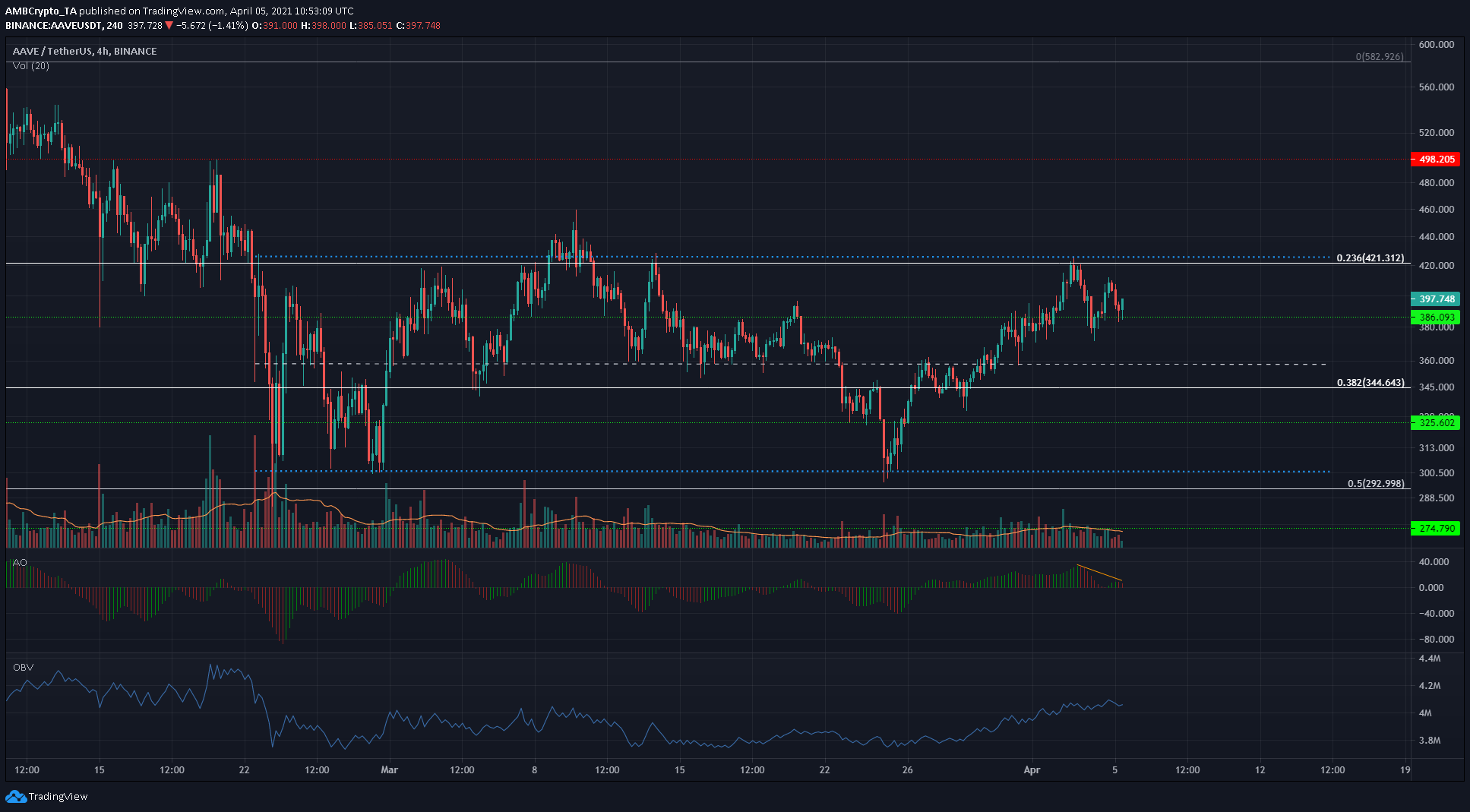 AAVE has been trading within a range (blue) for the past six weeks, and at the time of writing had found support at $386 and was moving back toward the range highs at $421. The Awesome Oscillator showed a bearish twin peak setup (orange) that saw AAVE pullback from $409 to retest $386.

The OBV showed an uptrend, indicating that buying volume was consistently greater than selling volume in the past two weeks, and AAVE also rallied from the range lows at $300 on the back of this rising demand.

AAVE could see a few days of consolidation under resistance at $421. Alternatively, a breakout past $421 and retest would be a buying opportunity targeting the $500 mark. 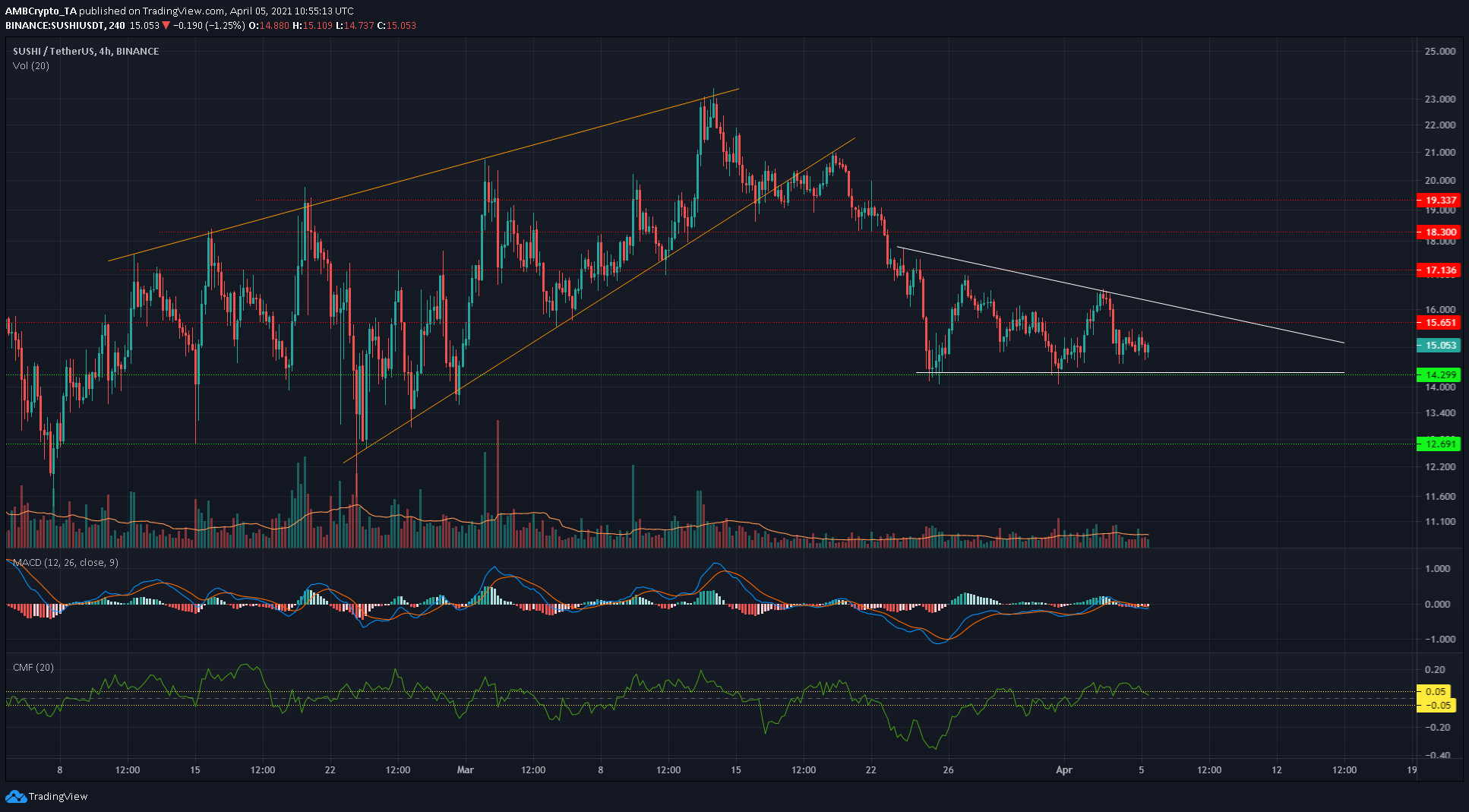 SUSHI formed a rising wedge (orange) that saw SUSHI drop back to support at $14.3. Since then, it has bounced off this support level but hasn’t posted a higher high.

The price formed a descending triangle pattern over the past week, and a move beyond either trendline would likely establish a strong move in that direction. Hence, breaking down below $14.3 or climbing past the $15.65 mark will confirm the next move for SUSHI.

The MACD showed weak bearish momentum behind SUSHI, and the Chaikin Money Flow descended beneath +0.05 and showed equilibrium between buyers and sellers.