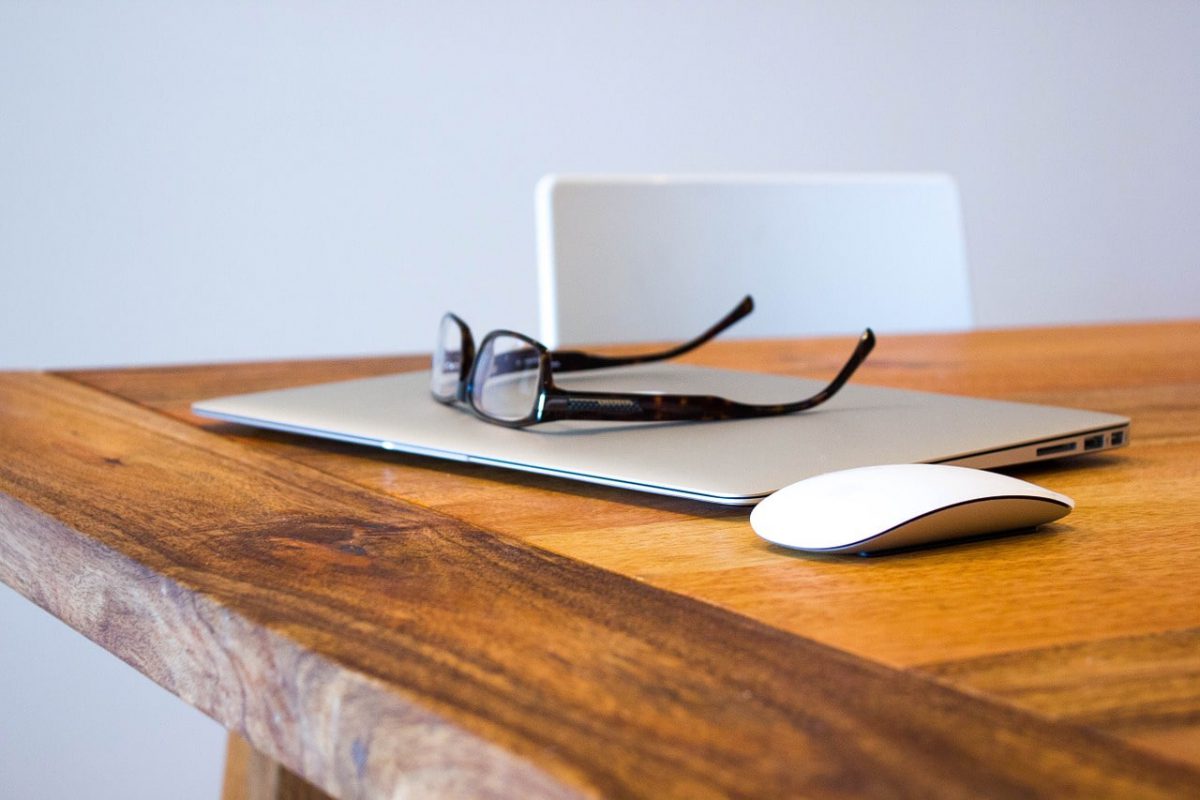 Binance Coin consolidated above the $530-level, with a region of demand at $520-$530. Algorand and VeChain had strong demand behind its recent moves north, with VET especially bullish and likely to reach $0.213 in the days to come. 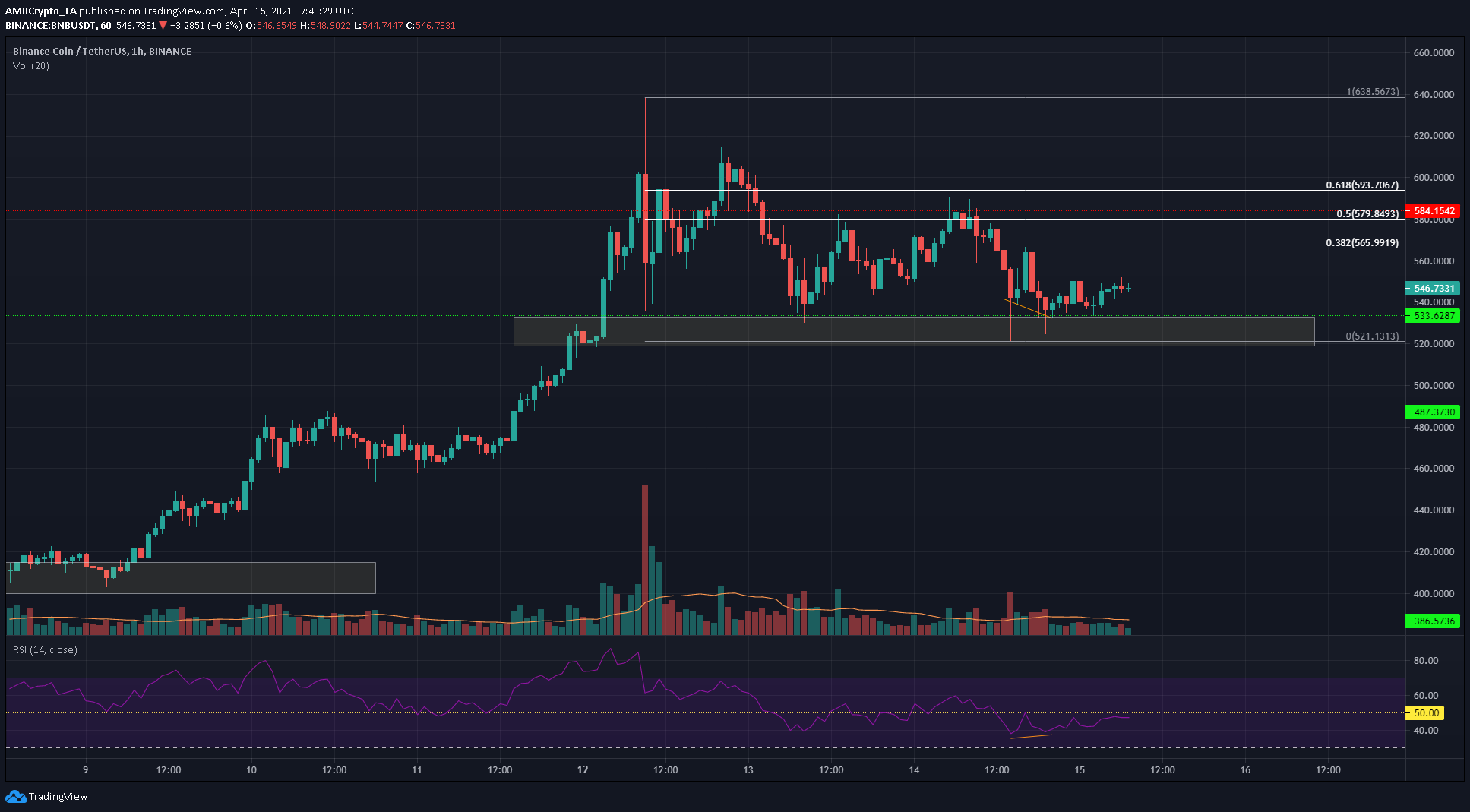 In the short term, BNB sunk to the $533-level multiple times, with the said level holding steady as support. In the last 24 hours, a bullish divergence was seen between the price and momentum (orange) too. The price made a lower low while the indicator (RSI) made a higher low.

This was followed by consolidation above the support. Using the Fibonacci retracement tool for BNB’s correction from $638 to $521, the $579-$584 zone can be seen as stiff resistance overhead. A move above this level would signal that BNB is ready for another move north. 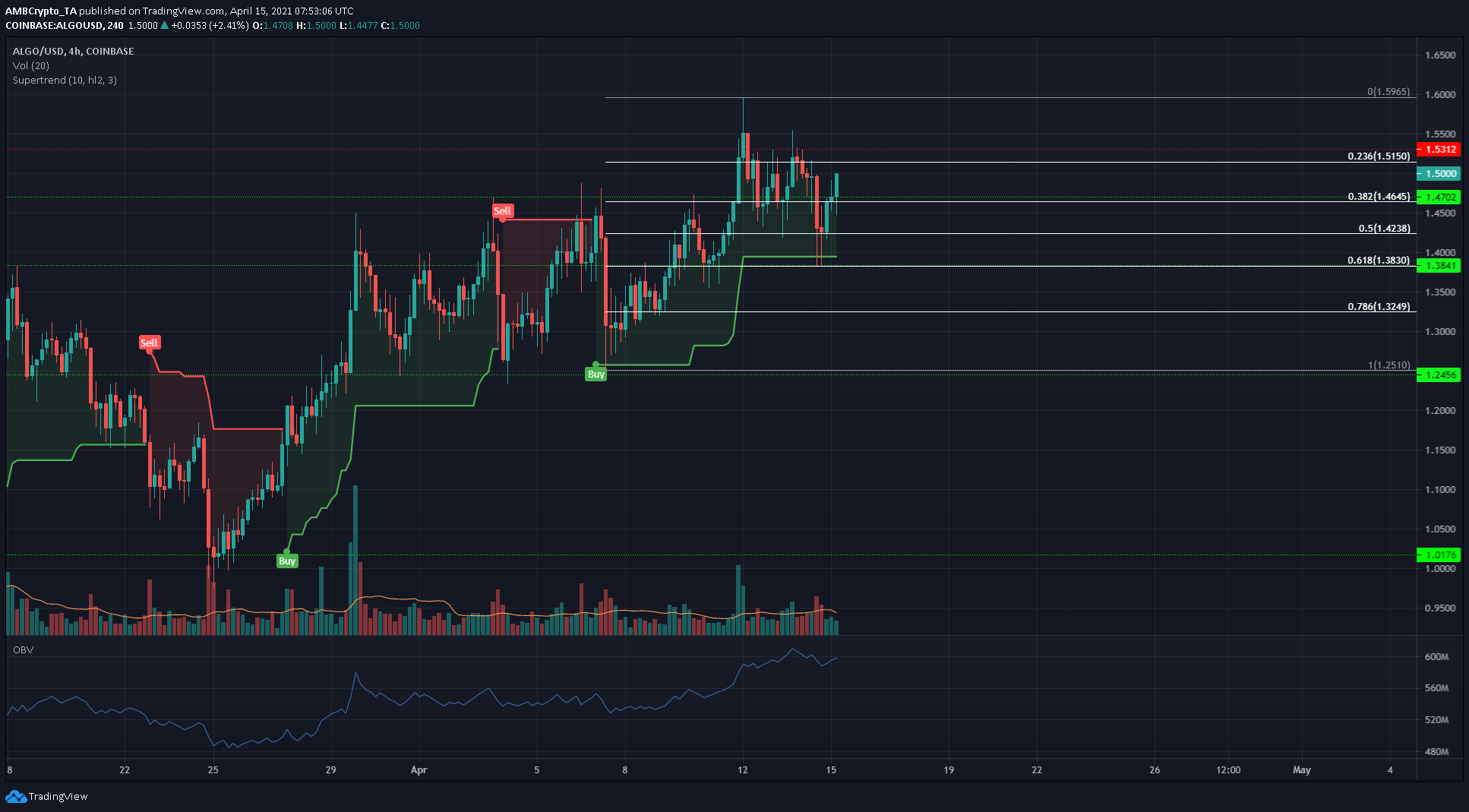 ALGO flipped the $1.25-level to support in late March and retested this level once more as it ranged briefly between $1.25 and $1.4. The move over the past week saw ALGO touch $1.25 and soar as high as $1.59 before retracing.

This retracement was halted at the 50% level and saw a candlewick visit the 61.8% retracement level. The Supertrend continued to show a buy signal and would be flipped upon a session close beneath $1.395. The OBV began an uptrend once more, underlining that the rally was driven by demand. 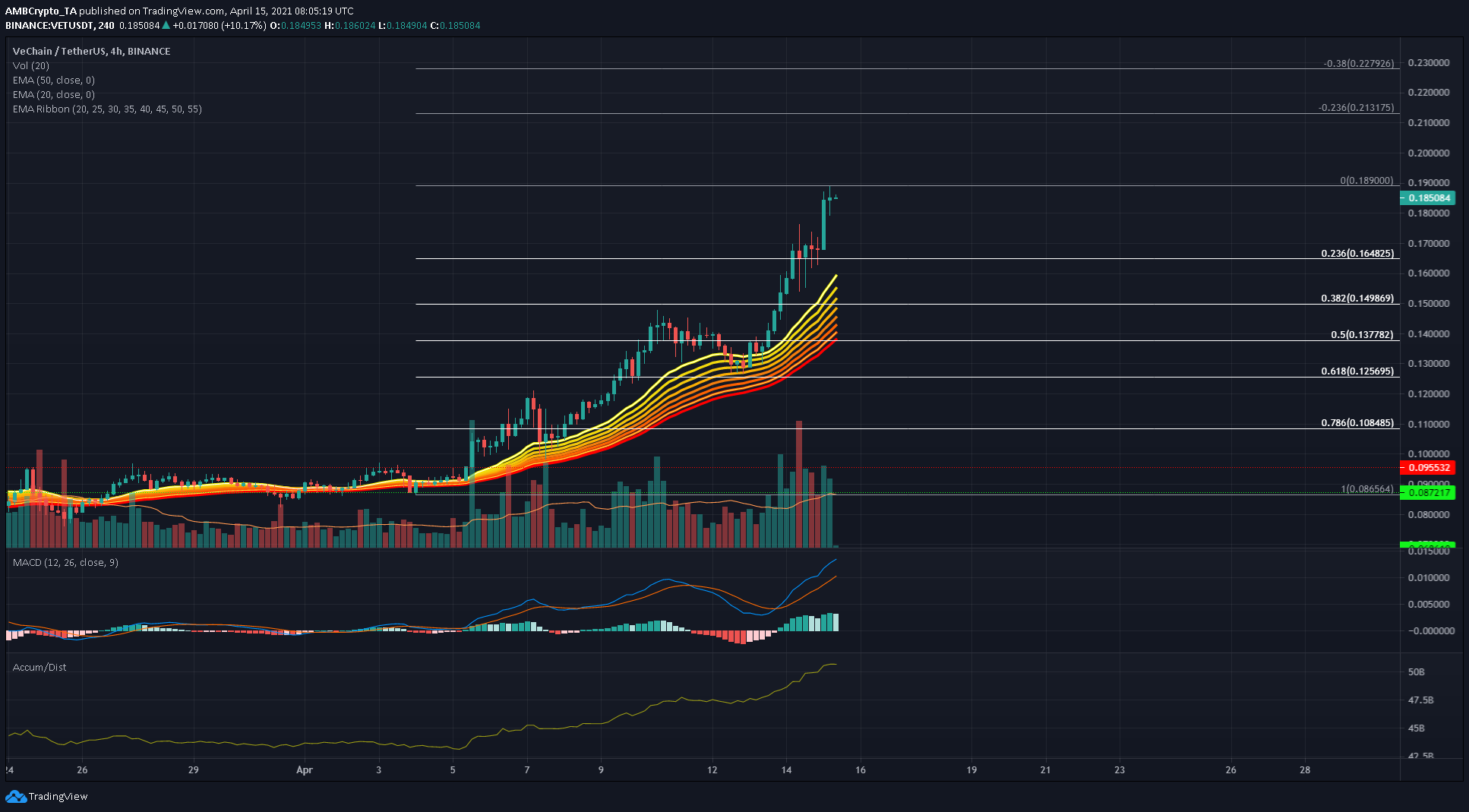 VET has been a strong performer over the last two weeks and it could have further room to run. The EMA ribbons were well beneath the price while the MACD was also climbing higher and higher alongside the price. The distance between the MACD and the signal line could mean an overbought market, and a dip to $0.175 could be seen.

The A/D line was on a steady uptrend as well, showing strong demand behind VET.