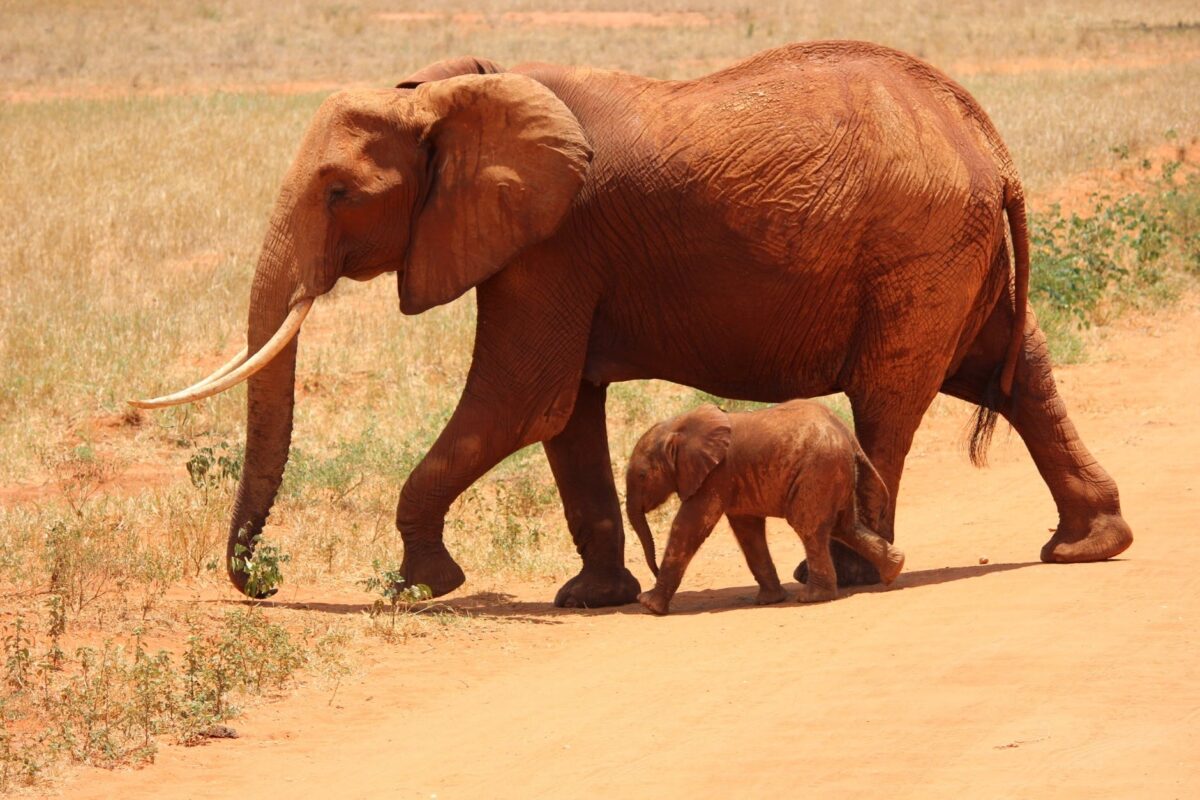 Bitcoin’s price jumped up by 7.87% in the last 24 hours, with the king coin trading at $38,645, at press time. Its effects could be observed on many altcoins as well. While Binance Coin followed suit by pushing its price by 10% in 24 hours, EOS and XLM remained dormant. Even Stellar’s (XLM’s operating network) upgrade to Protocol 17 did not bring much difference to XLM’s price. 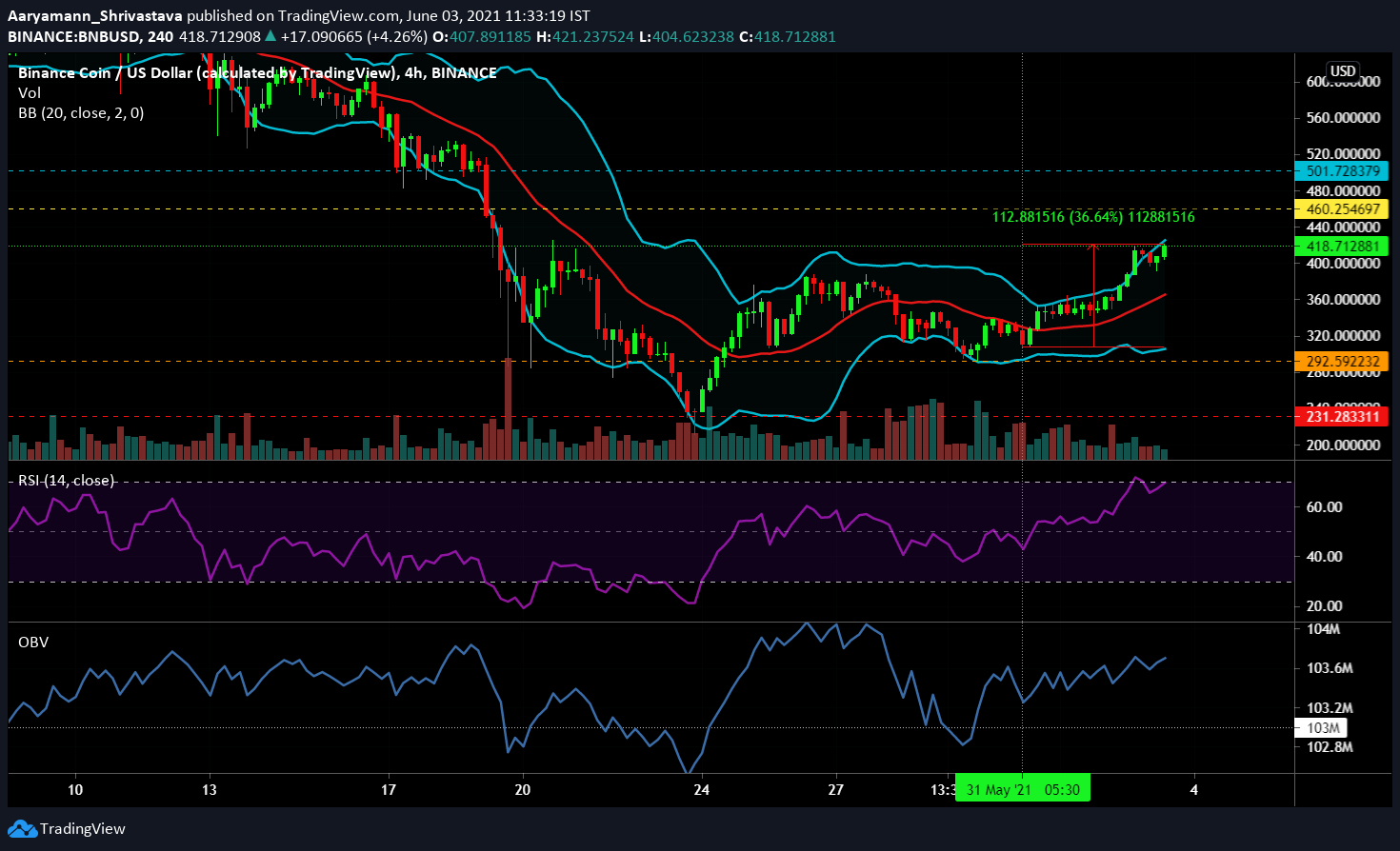 Binance Coin has been rising consistently over the last 5 days. In the early hours of May 31, the coin was close to the low $311-mark and since then, it rose by 36.6% to trade at $418, at press time. On the Relative Strength Index (RSI), escalating buying pressure placed the indicator in the overbought region (70.1) and dictated that selling pressure could be coming soon.

Similar movement could be seen in the case of the On Balance Volume indicator which displayed buying momentum soaring in the market. Furthermore, the Bollinger Bands (BB) had hinted at upcoming volatility on May 31. As severe divergence was observed on the bands at the time of writing, this volatility does not seem to be coming to an end soon.

If this rally continues, BNB could graze the $460-resistance level. Should it break past it, the next resistance would be established at $501. In any case, the coin was safe from falling to the $292-support level. 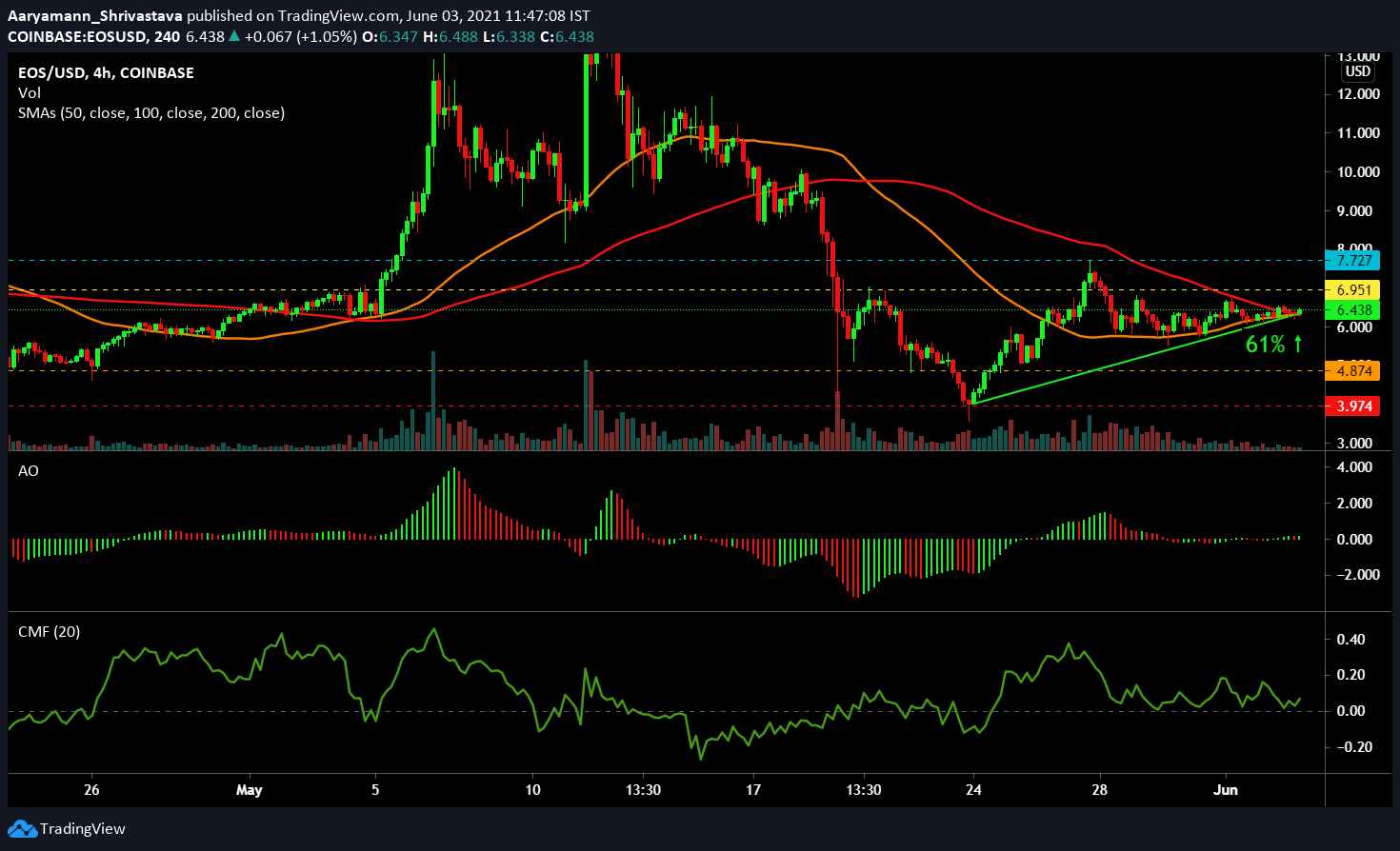 EOS displayed high volatility towards the end of May; The coin had a 61% price increase from $4.01 to trade at $6.43 in the last 12 days. However, this volatility came to an end in the late hours of May 29 as the coin has maintained strict sideways movement since. The Awesome Oscillator displayed a minimum change in its momentum as well. However, the appearance of green bars at press time did indicate bullish momentum creeping in.

The Chaikin Money Flow indicator did not exhibit any high amount of capital inflows either as the green indicator remained close to the neutral mark.
However, with the Simple Moving Averages lines both – 50 SMA (orange) and 100 SMA (red) – moving their positions to under the candlesticks at the time of writing, an uptrend could be coming soon.

Without stronger positive cues, an immediate spike in price cannot be suggested. $6.95 has been acting as a strong resistance for a long time and a breach past it would consolidate the coin within the $7.27 (next resistance) and $4.87 (support) levels. 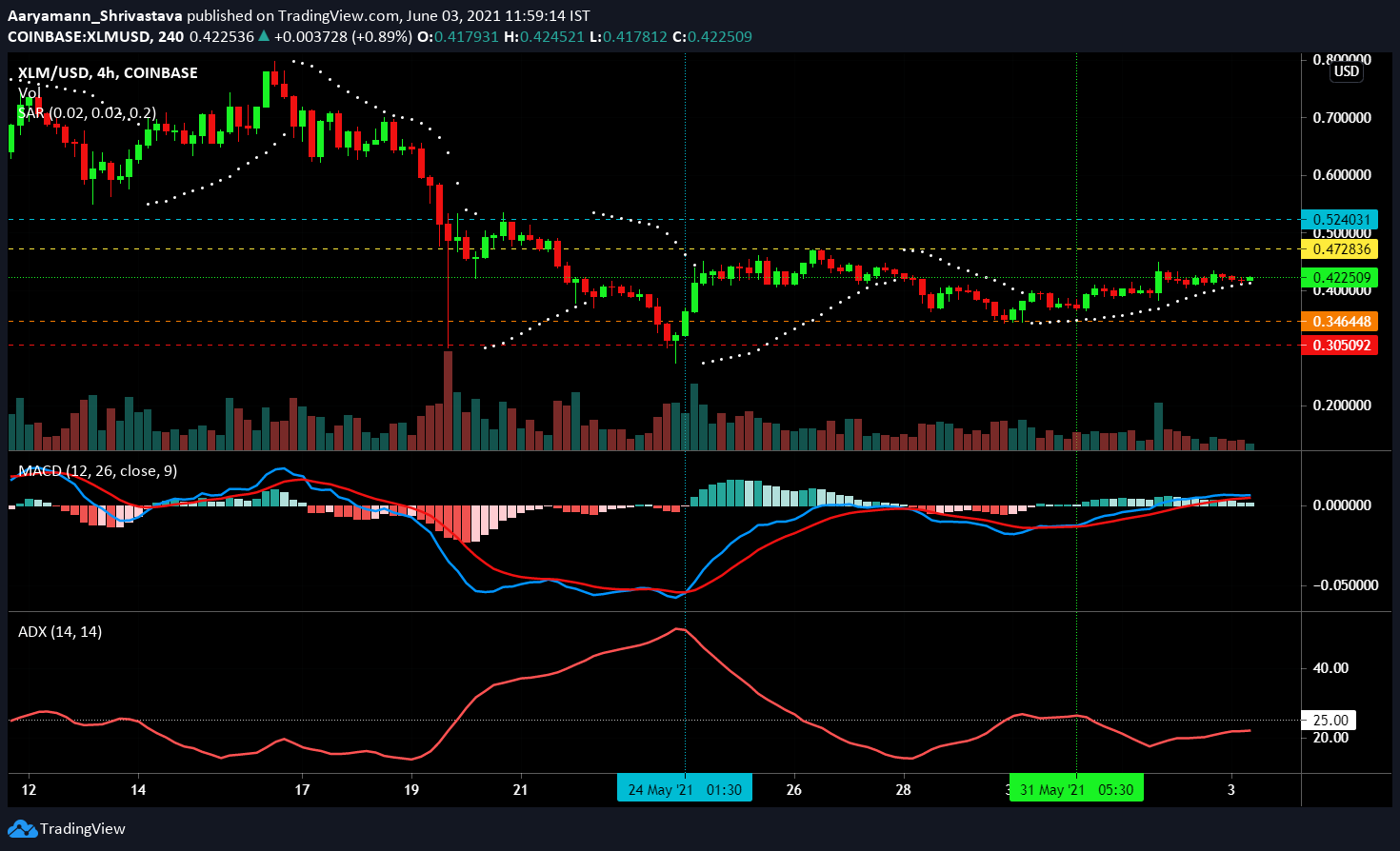 XLM, in particular, has not displayed a stellar performance in the market for a while now. The coin’s movement remained restricted within the $0.47 resistance and $0.34 support levels. Although the MACD pointed to bullish crossover twice in the last 10 days, neither were strong enough to break past the resistance level. At the time of writing, the blue MACD indicator line and the red signal line were aligned close to the neutral zone.

The white dotted line of the Parabolic SAR indicator continued to suggest an uptrend since it remained under the price indicator at press time
On the 4-hour chart, the Average Directional Index (ADX) stood at 23.6. A trend reversal can be expected if the indicator moves past 25.0 in the coming hours.

A strong uptrend could swing the price upwards. However, broader market cues suggested XLM would continue moving within the active resistance and support levels.

Chainlink, YFI, and AAVE: Why there’s more of this movement in store for these coins