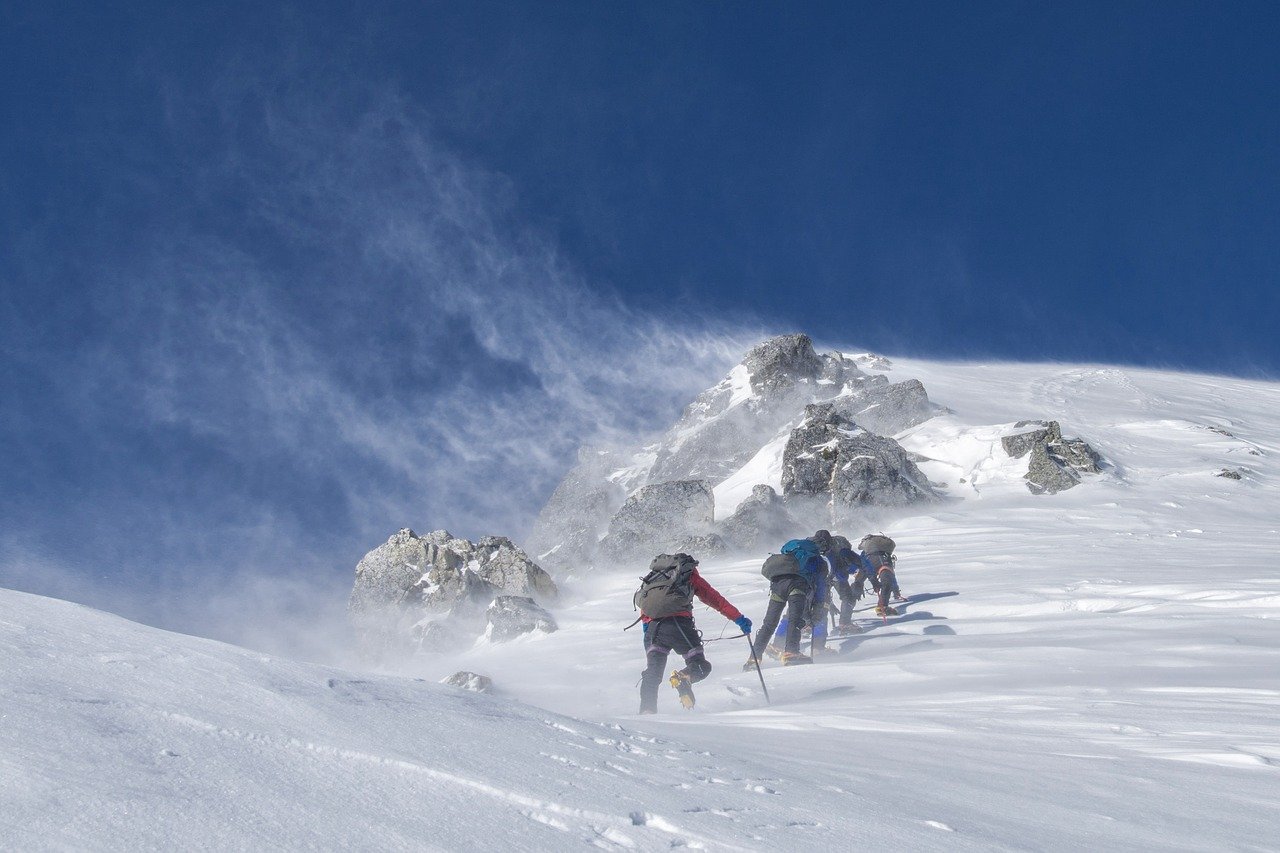 With Bitcoin, the world’s largest cryptocurrency, crashing to levels well below $40,000 on the price charts, a certain degree of pessimism and bearishness was inevitable in the minds of many. In fact, this was more than just a thought, with many investors soon capitulating and fueling a massive sell-off in the month of May.

This sudden reversal in fortunes has also contributed to some speculating about whether the crypto-market’s bull run is finally run. Most, however, continue to adhere to the notion that this is merely a temporary blip, with proponents hopeful that BTC might climb as high as $100k by the end of the year.

Popular trader Michael Van De Poppe is one of the latter, with the analyst appearing on a recent video to categorically suggest that he doesn’t believe the bull market is over.

“I don’t believe we are in one [bear market]. I think this is just a harsh correction.”

Now, while most projections for what’s in store for 2021 have focused on how might Bitcoin do, what about the market’s altcoins? Too often, their price fortunes have been linked to the performances of the world’s largest cryptos – Bitcoin and Ethereum. While the last few months did see some independent movement on their part, such a “decoupling” has never really been sustained.

It was in the context of the same that Poppe predicted what might be next for the likes of YFI, AAVE, and Chainlink. These alts’ charts, the trader went on to claim, were evidence of the fact that,

“The entire DeFi sector is still very much heating up for the next big wave.”

Both YFI and AAVE, Poppe found, were holding themselves well and steadily above their 100-day and 200-day MAs on the price charts. The former, especially, was in a good position since the alt seemed to be recording higher lows and higher highs since the market-wide depreciation in mid-May.

Chainlink’s charts suggested something similar as well, with the oracle coin’s price action underlining that “fundamentally, nothing has changed for the market’s altcoins.” Like the aforementioned, LINK too was holding firm above its moving averages, with the last few days seeing a set of higher lows and higher highs.

What’s more, it would seem that volumes of LINK’s trading pairs with Bitcoin have risen back to levels last seen well before the aforementioned market crash. What this means, ergo, is that LINK is in a very good position for a leg up the price charts in the near term.

As far as Chainlink is concerned, other on-chain metrics seemed to be highlighting the assertion presented above too.

Consider this – Historically, Chainlink has seen spikes in exchange inflows and Daily Active Deposits whenever LINK has touched a local bottom. So was the case on the 23rd of May too. However, when the same is looked at from a zoomed-out lens, it is also evident that traditionally, the same spikes have been followed by dramatic northbound price action. 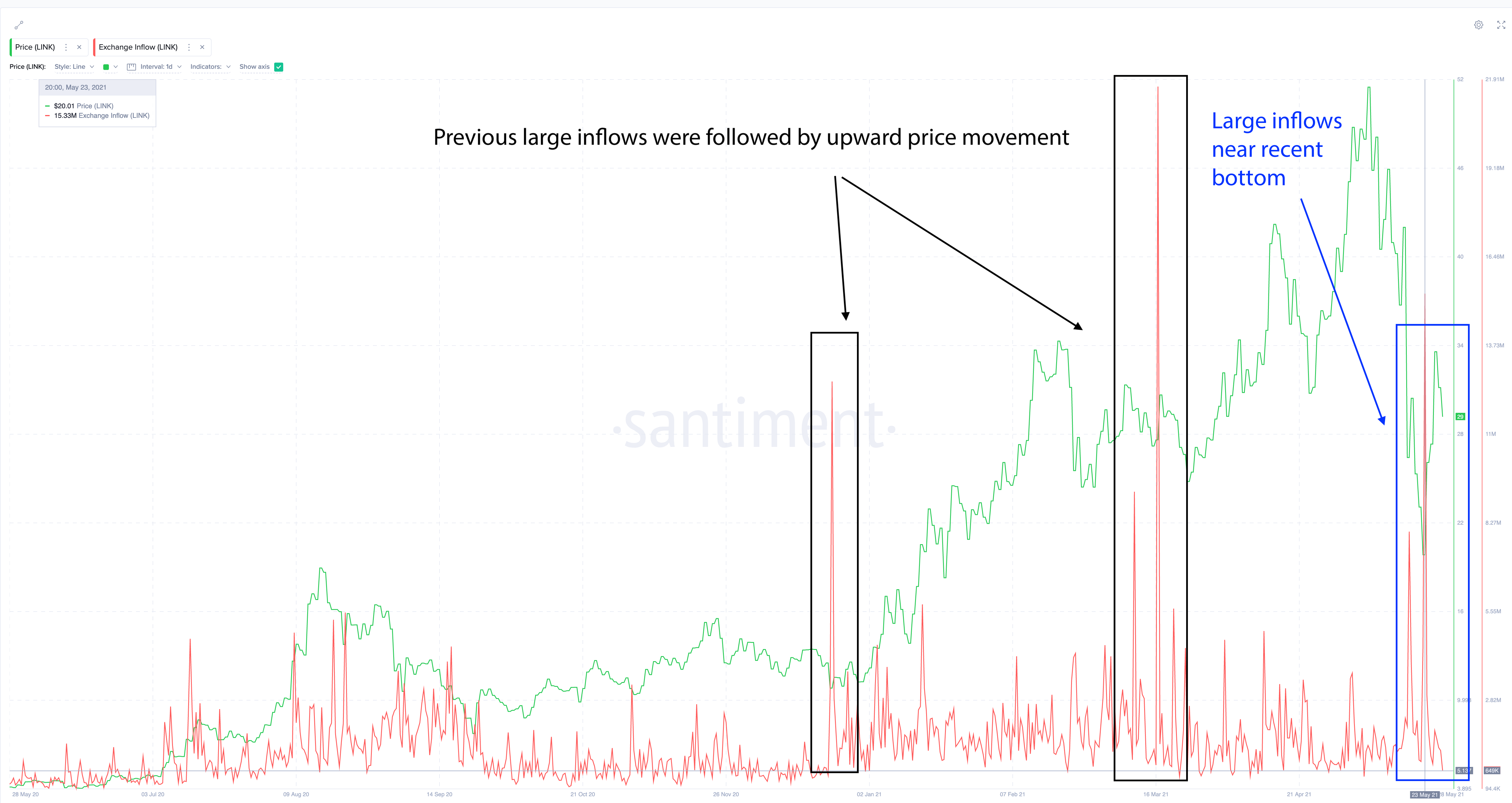 Finally, as a recent Santiment report put it,

“MVRV 30D is still in the undervalued zone after it saw the biggest drop since Sept 2020 in the recent bottom. This is good as the MVRV 30D cools off in a big way, as it provides less risk and ideal bottom pickings.” 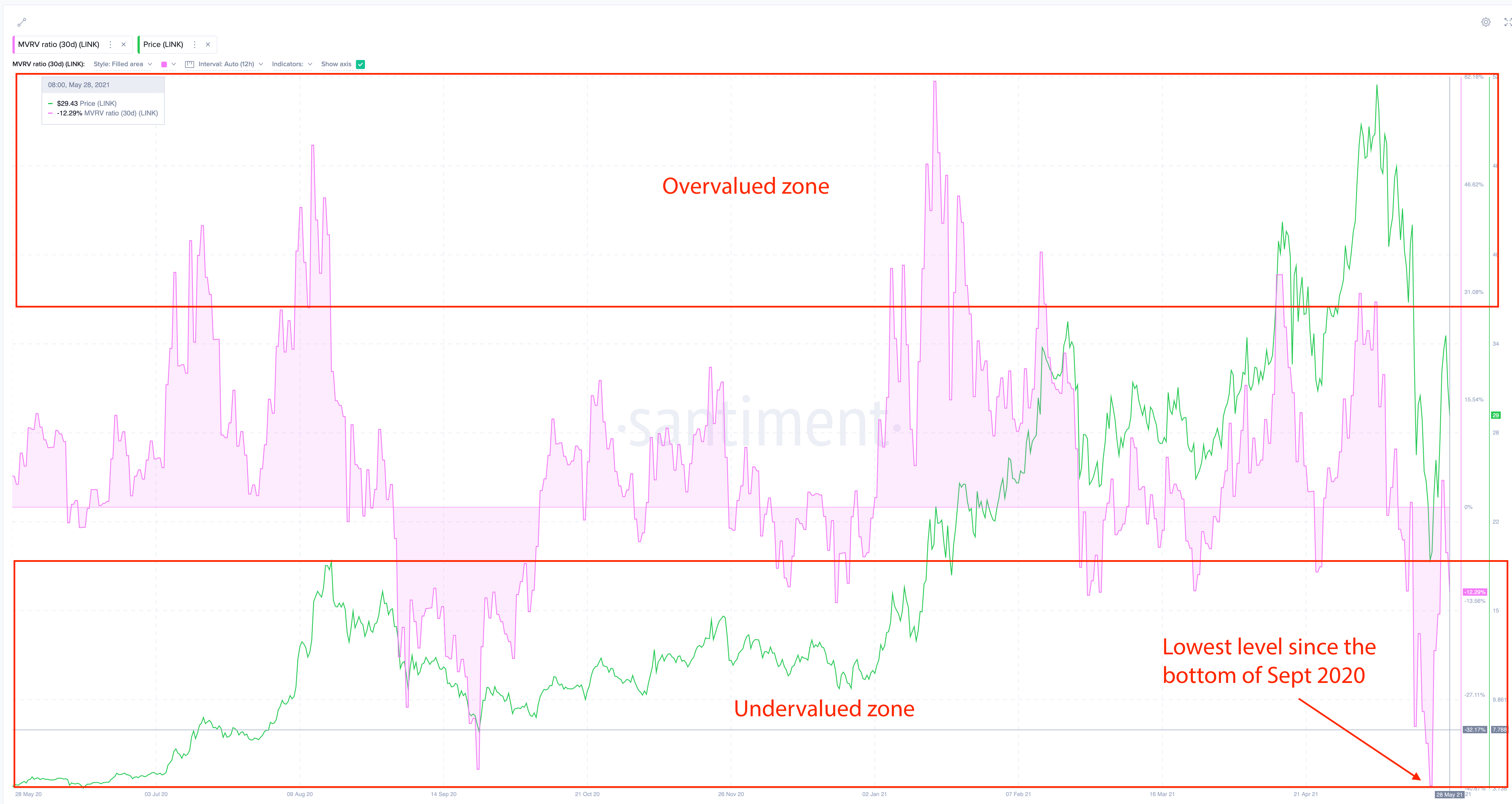 Here, it’s worth noting that Poppe sees these DeFi and oracle coins as alts capable of providing its investors returns worth 5x or 10x. While that remains a wildly optimistic assertion to make, what’s certain is that YFI, LINK, AAVE might see some upside soon.