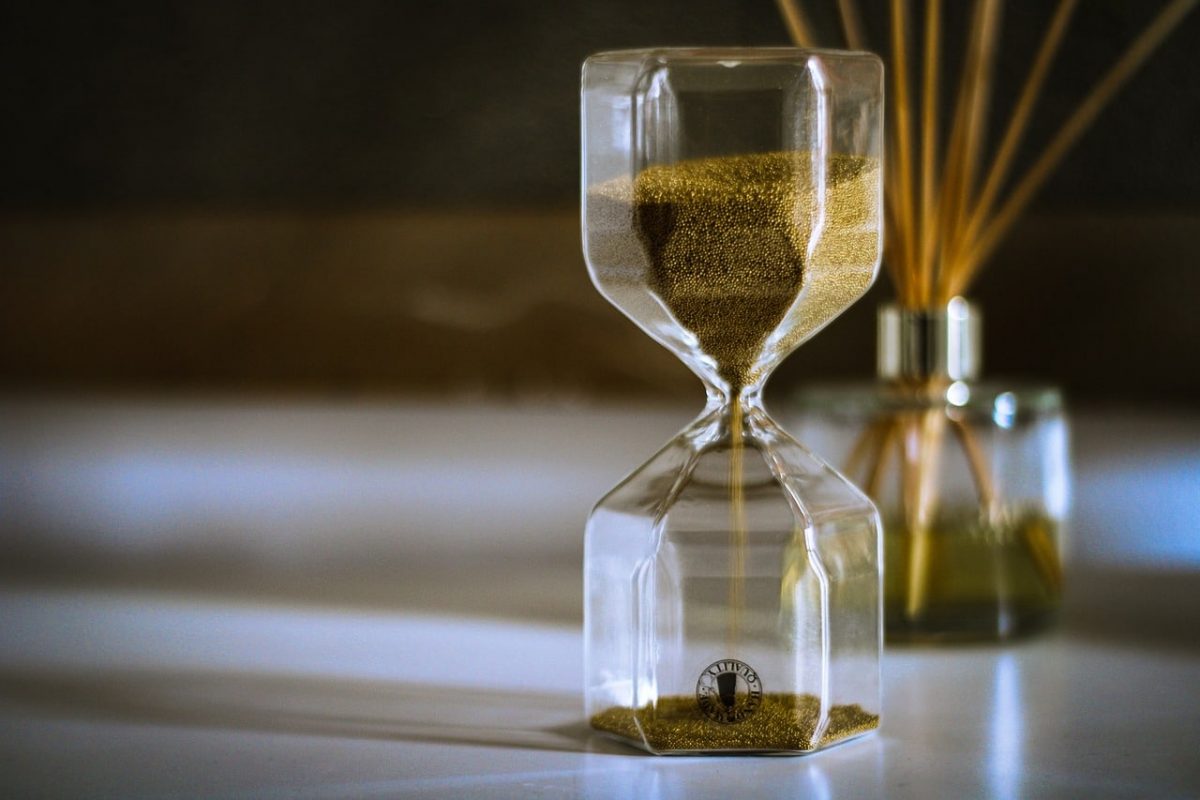 Binance came under a lot of FUD in recent weeks, but the exchange token has been able to hold on to the $240 level of support over the past ten days. Does that mean that Binance Coin has shrugged off the worst of the selling pressure? Or, will the bears succeed in pushing the prices far below $250 in early 2023?

The market structure for the asset remained bearish. The $256 resistance level would be vital to both bulls and bears. The weighted sentiment had been negative in recent weeks, but there was a suggestion the token could be undervalued on shorter time scales.

The bearish breaker from November was not yet conquered 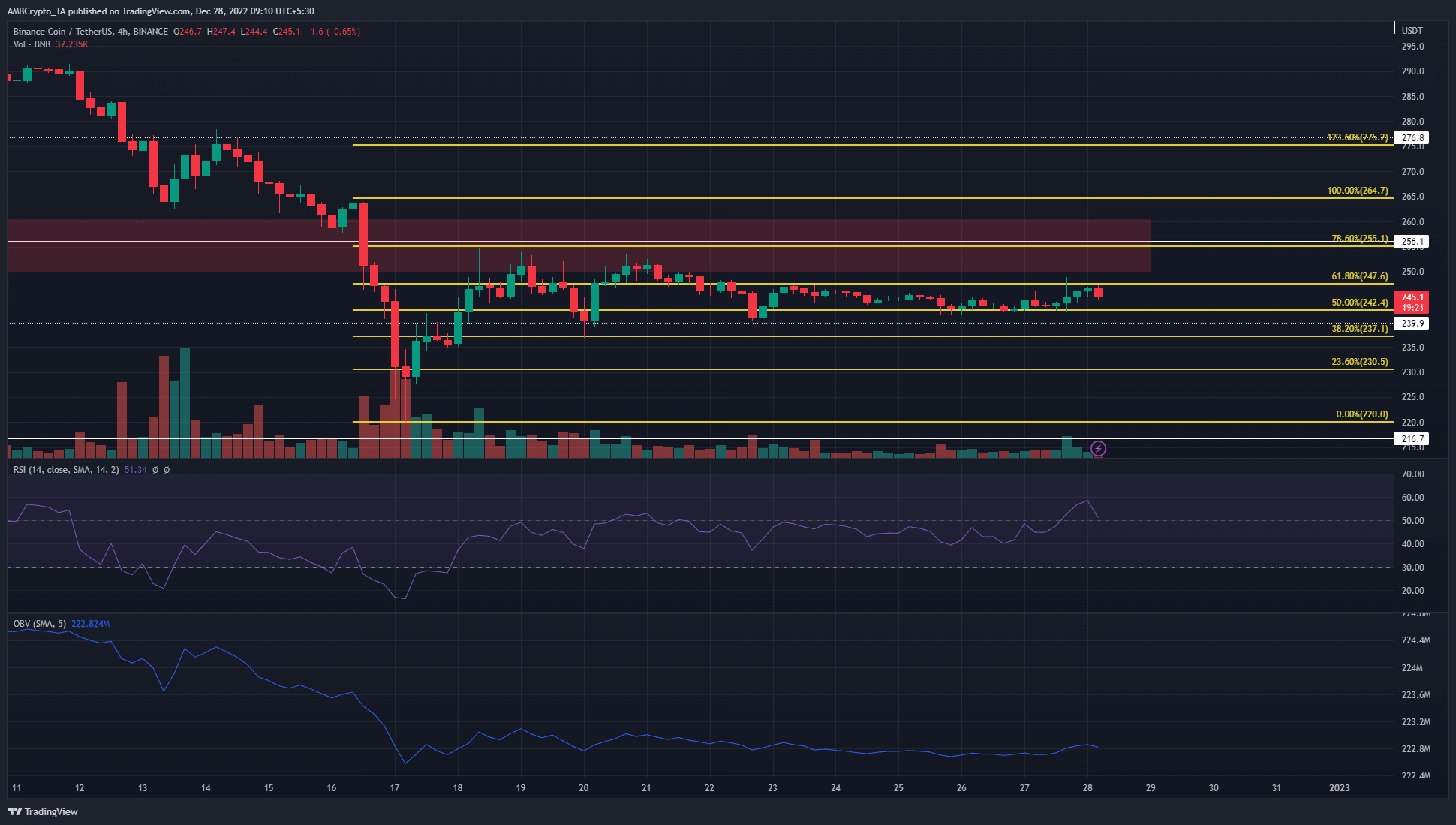 On 21 November, BNB formed a bullish order block which was flipped to a bearish breaker during the price drop in mid-December. Since 16 December, the $250-$260 area has served as a region of stiff resistance.

Meanwhile, the $240 level has acted as support. This level was close to the 50% Fibonacci retracement level at $242.4.

The RSI on the 4-hour chart showed a slight bullish bias. The indicator crept up above neutral 50 and flipped it to support. However, the price has set a series of lower highs since 20 December, which showed the structure was not yet bullish.

The OBV remained flat since 20 December as well, which meant neither buyers nor sellers had a clear upper hand. As things stand, another rejection from the $250 resistance and the bearish breaker was likely. Yet, if the bulls can flip the 78.6% retracement level to support, a move upward to $275-$280 could be on the cards. 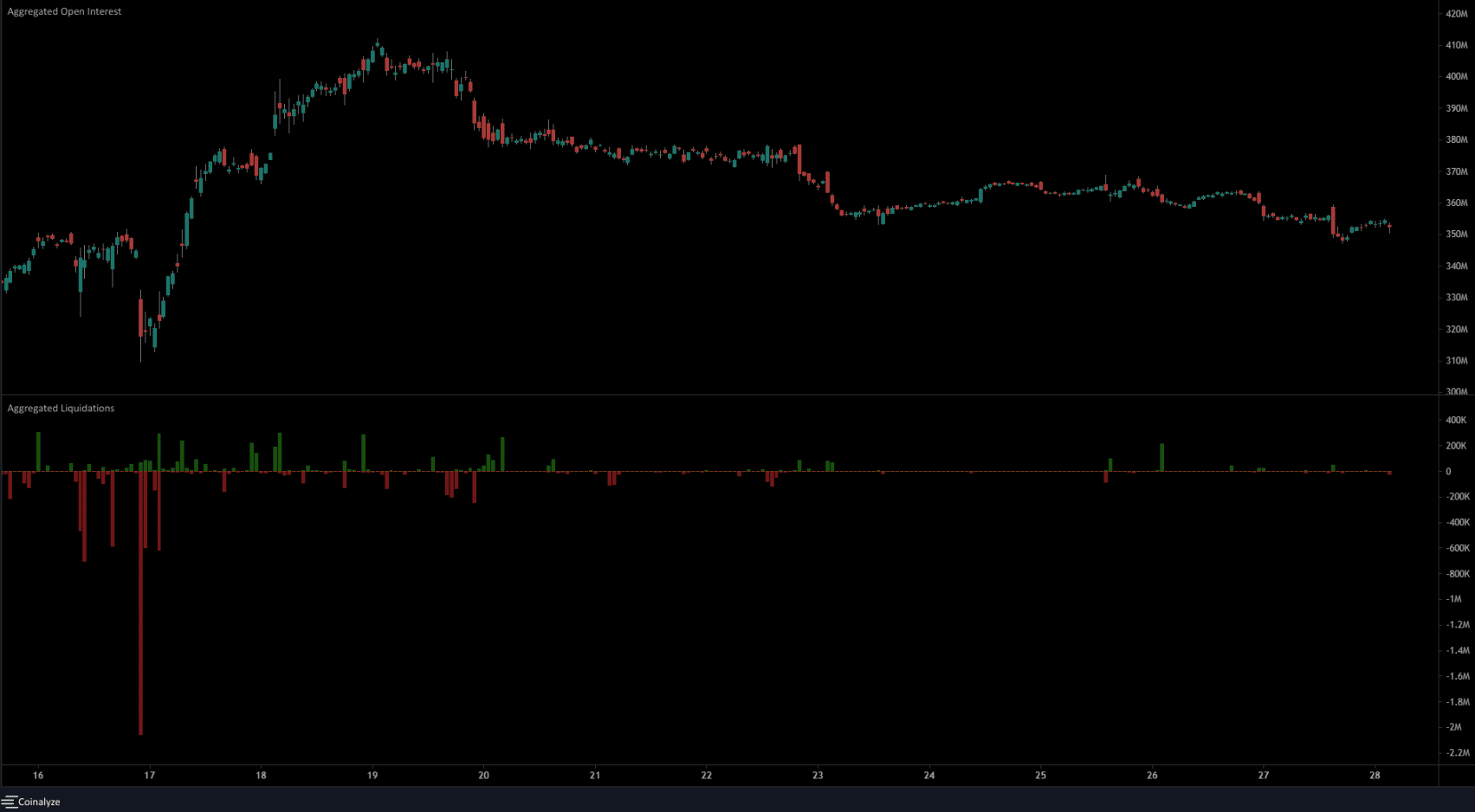 The Open Interest has steadily declined over the past week. When the OI declines and the price is flat, it indicates money leaving the market and a lack of demand for the asset. Therefore the bias can remain bearish until a significant rise in OI arrives. This would indicate aggressive buying if BNB has a northward breakout past $250-$256.

The liquidation chart showed that no significant volume of traders was liquidated recently. Since the price is attracted to liquidity, it remained fairly likely that BNB prices could fluctuate sharply to flush out highly leveraged positions before reversing.

Whether the move would be upward or downward remained uncertain. Bitcoin could drop to $16.2k before a reversal, like last week, hence aggressive BNB bulls can look to bid around the $240 level.

MicroStrategy adds 2,500 Bitcoin (BTC) to its bag; sells some