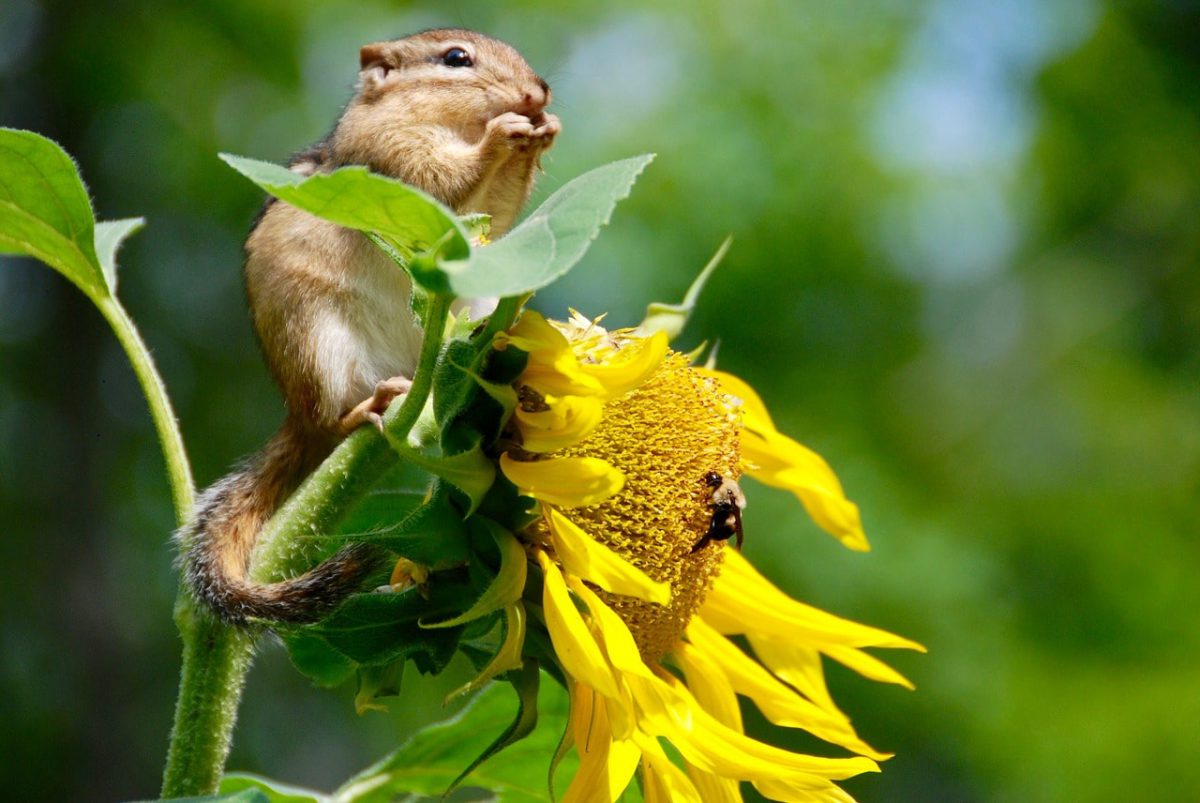 Binance Coin surged to $148, following which, it registered a pullback to $120. In fact, it was in a phase of consolidation above the 23.6% retracement level at $121, as was Maker. In the short-term, both coins can be expected to trade sideways. Finally, NEM was moving with bullish strength towards its level of resistance on the charts. 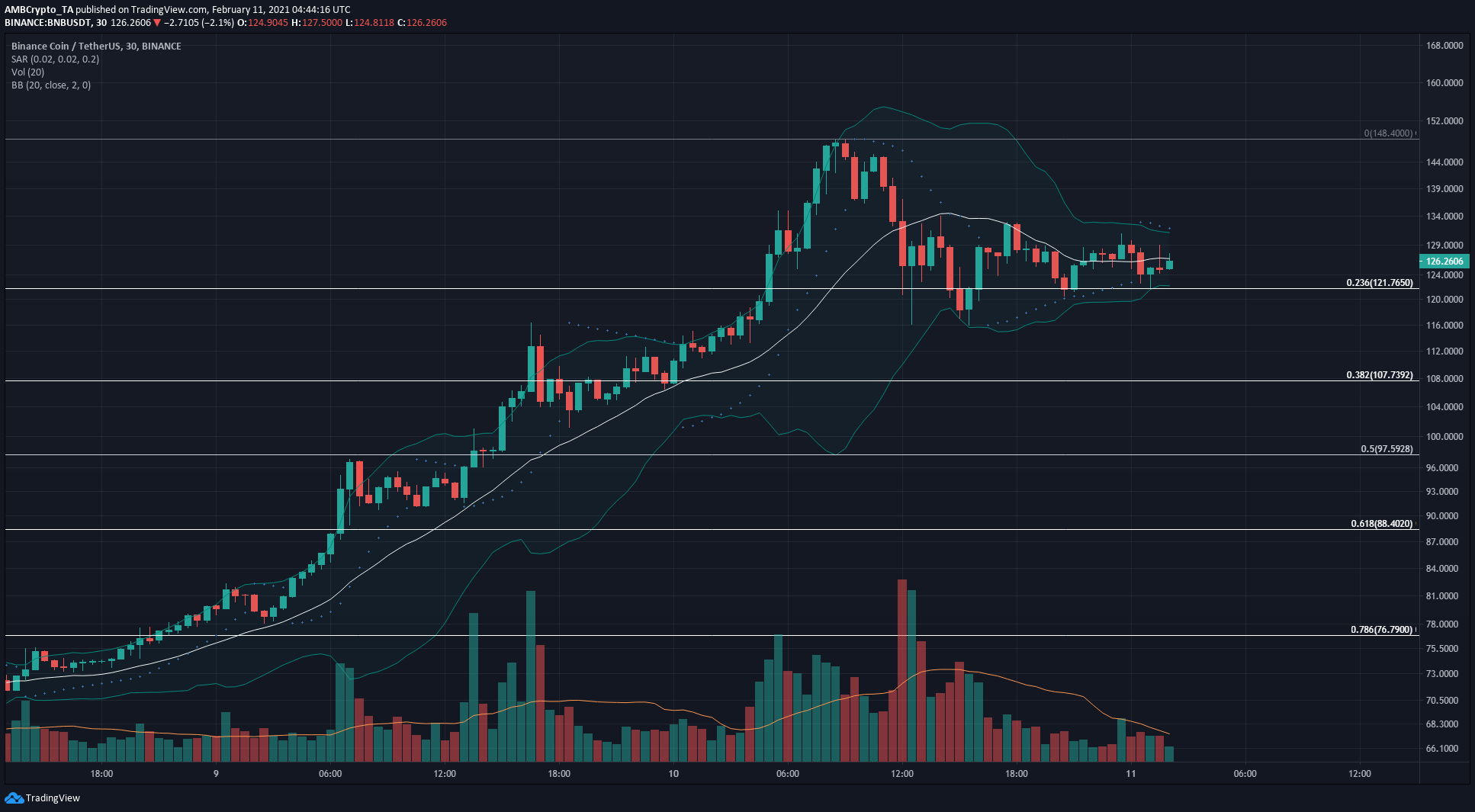 Within the space of three days, Binance Coin saw a pullback to $64 from its previous ATH of $75.1, following which, it surged to $148. Using the Fibonacci retracement tool for this move, some important levels of retracement were highlighted.

The Bollinger Bands tightened around the crypto’s price, with the crypto trading in the vicinity of $126 over the past few hours. On the 30-minute short-term timeframe, the Parabolic SAR gave a sell signal.

In the short-term, a drop below $121 would likely see BNB visit the next level of support at $107. 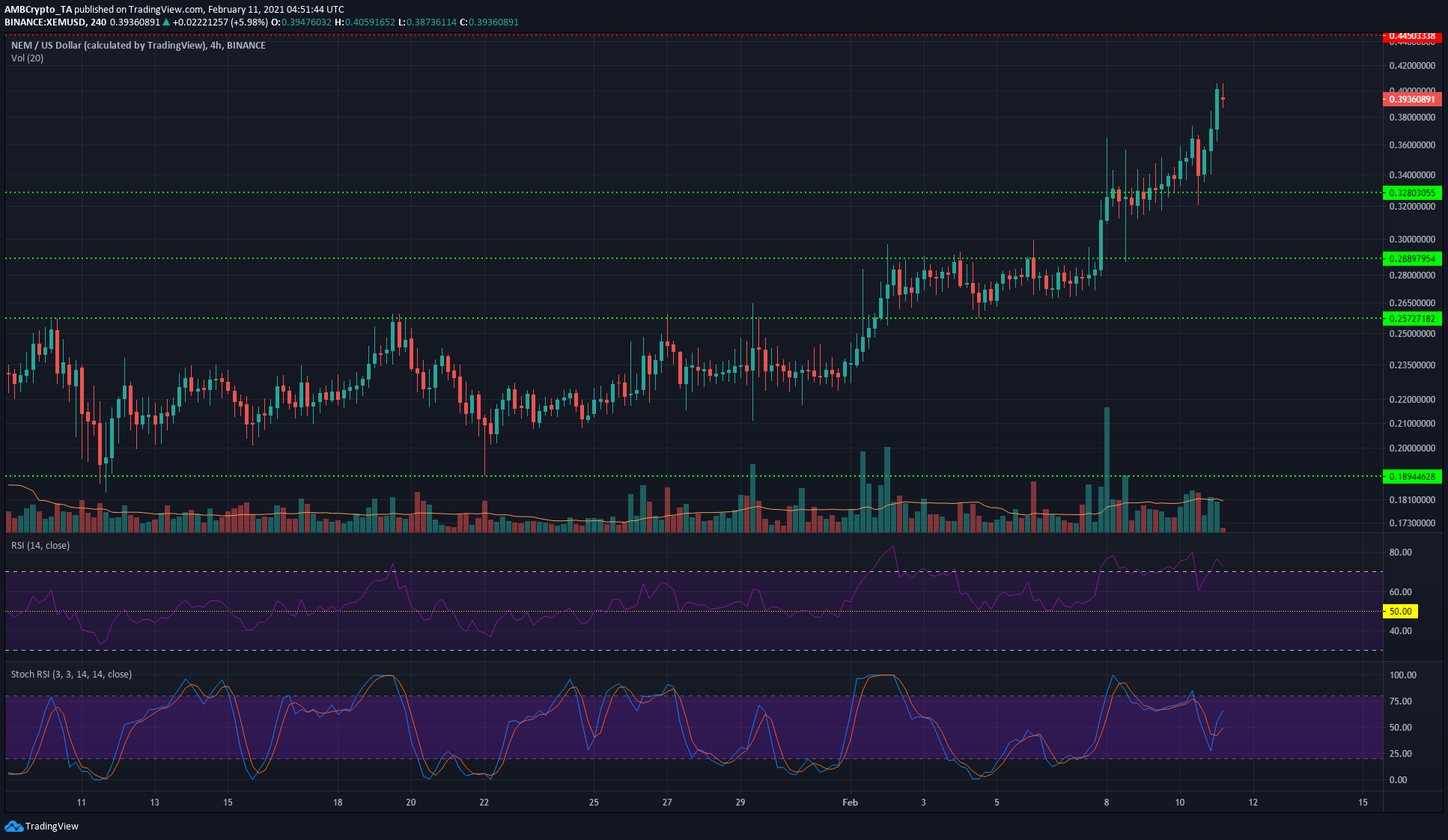 NEM noted strong bullish momentum following its surge from $0.28 over the past few days. The RSI was in the overbought zone, while the Stochastic RSI was also moving north. Based on the close of the candle being formed at the time of writing, a possible short-term shift in momentum could be sighted.

This would make $0.365 a good area to buy XEM at – Short-term bearish momentum is not a reason to short an asset with strong longer-term bullish strength. The next level of resistance at $0.445 will be the target for the market’s bulls. 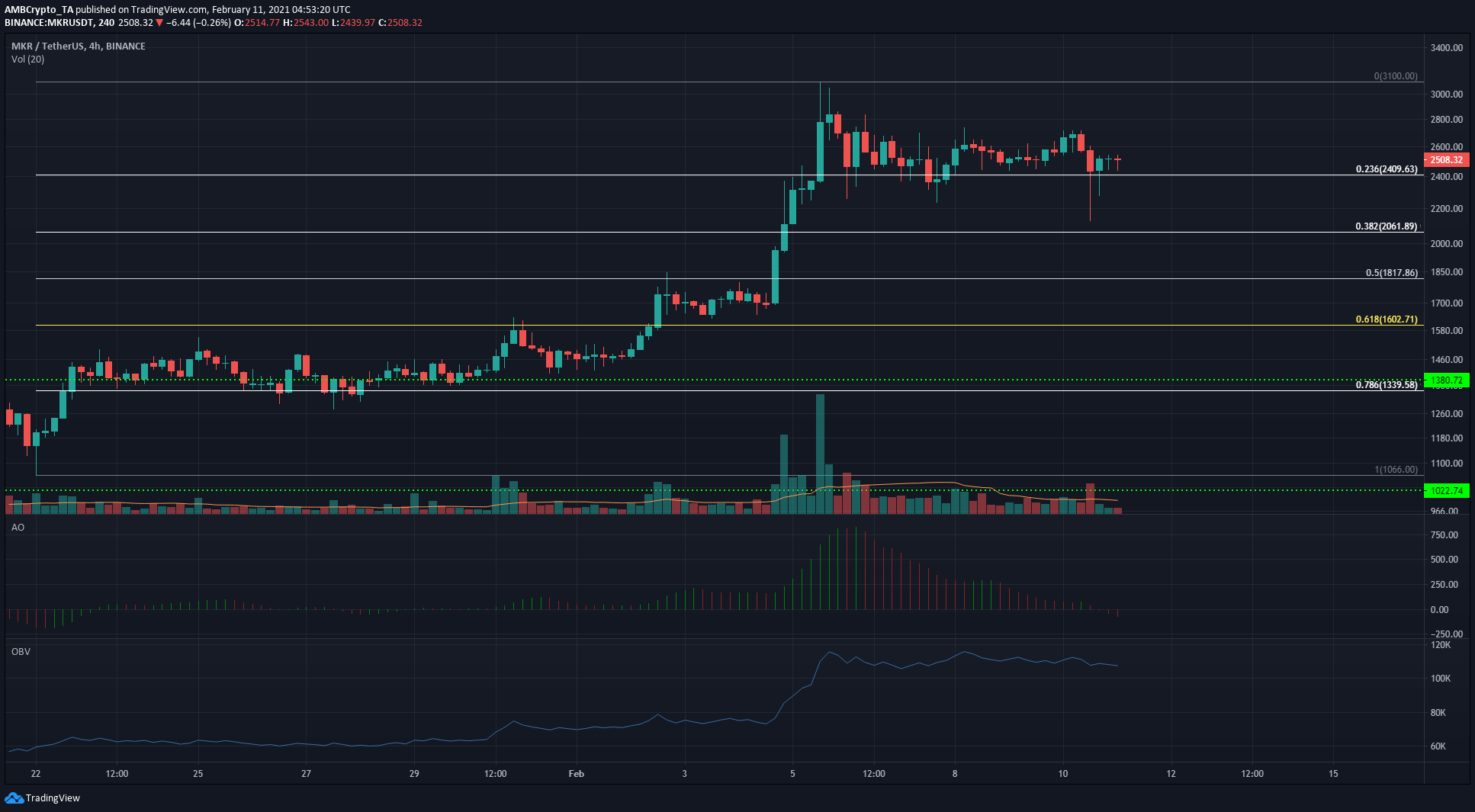 Like Binance Coin, MKR also saw a strong move but a bit further back, about a week ago. Since then, it has been in a phase of consolidation above the 23.6% retracement level.

The Awesome Oscillator showed that bullish momentum was falling, with the same going under the zero line a few hours ago to indicate a shift in momentum. However, the OBV showed that buyers and sellers were in equilibrium over the past few days.

A drop under $2400 would increase the likelihood that MKR drops to $2000, but it has been a strong level of support recently. Further, heavy trading volume would be needed to expect the bears to seize control of $2400.