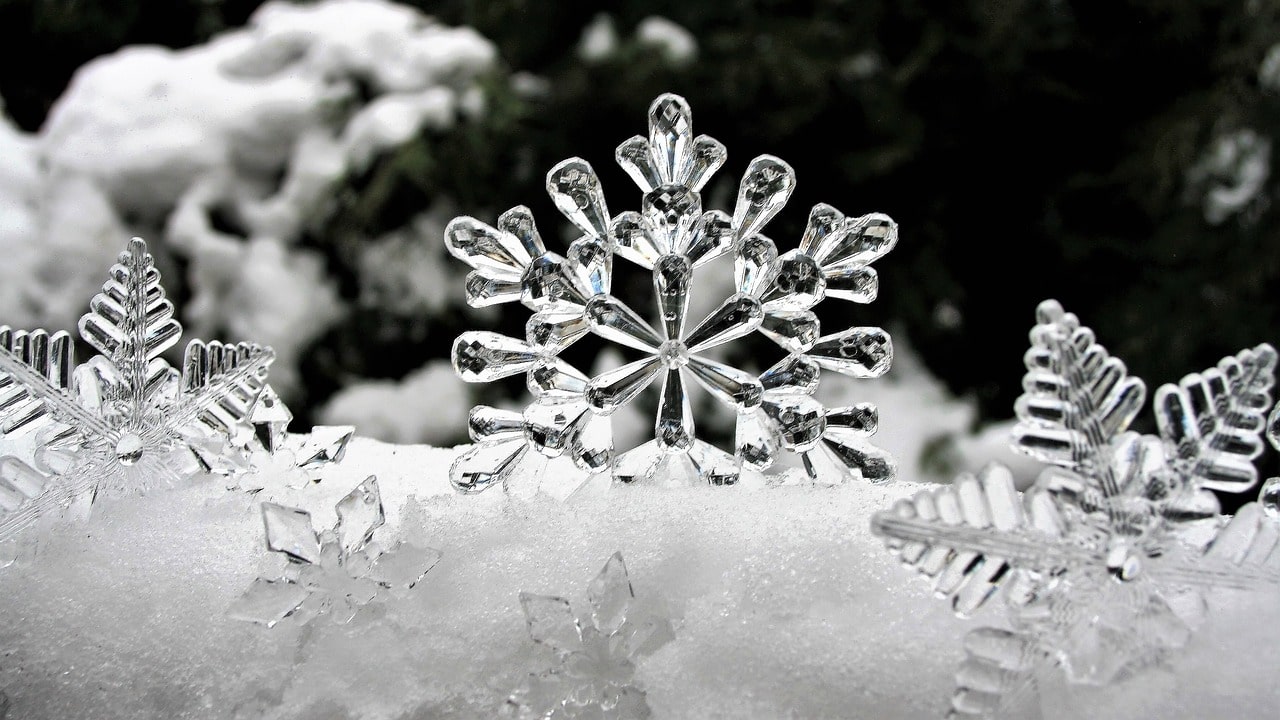 Binance Coin was heading towards $205 after Bitcoin fell below $49k on the price charts. Neo also moved below a strong level of support, with bearish momentum likely to push the price to as low as $32 over the next few days. Finally, Enjin pictured buyers’ exhaustion after making remarkable gains over the past week. 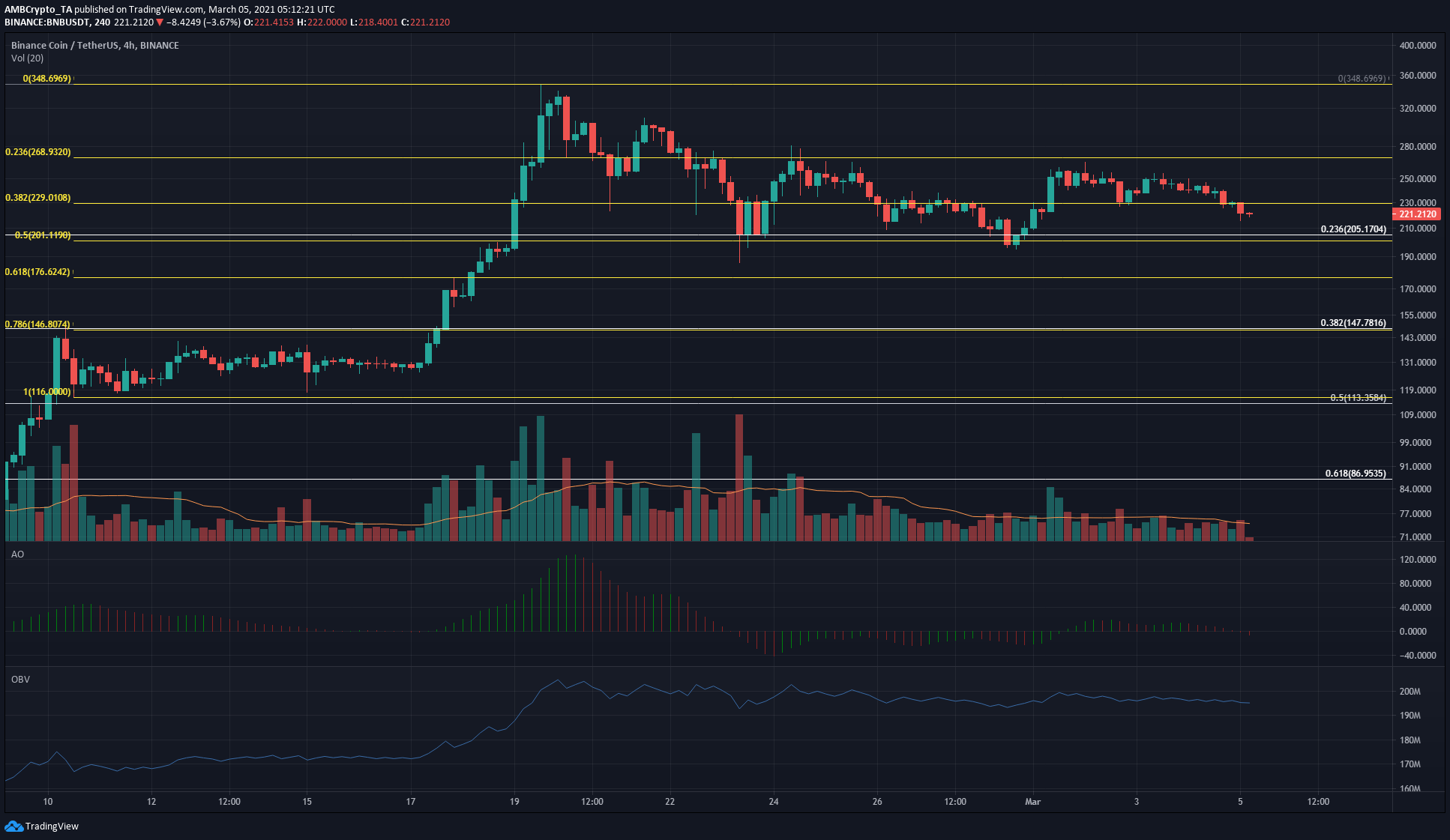 The bounce from $210 to $270 towards the beginning of March was not a recovery as sellers asserted themselves around the $270-mark and took control of the market. Since then, they have pushed BNB below the $230-retracement level. The $200-$205 zone is the next area of interest where the market’s bulls could take a stand.

The Awesome Oscillator pictured bearish momentum on the rise as it crossed over into bearish territory on the 4-hour chart. The OBV also noted steady selling pressure over the past few days. 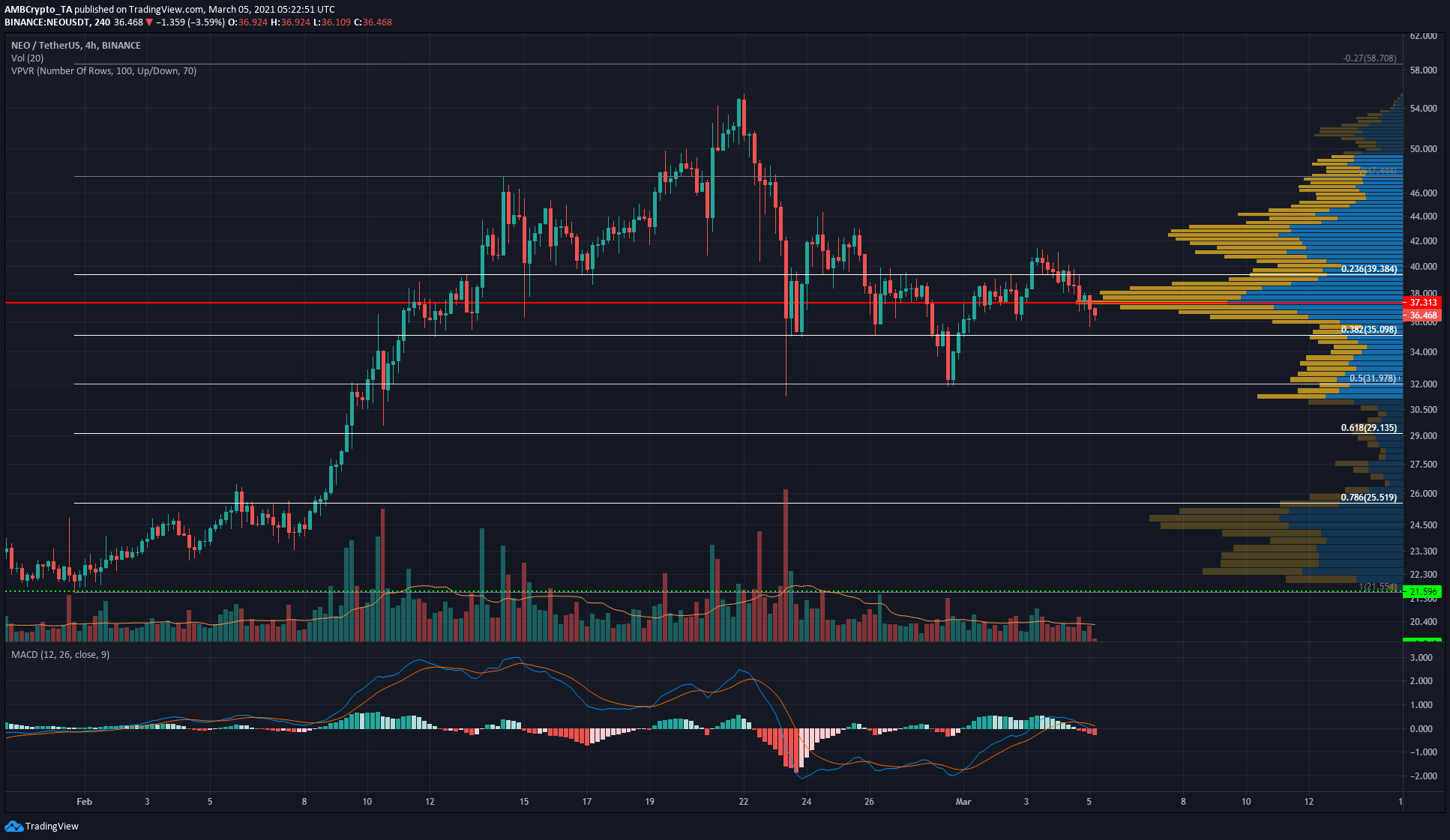 As the Volume Profile Visible Range showed, while the Point of Control at $37.13 (red) has been a level that bulls have tried to defend over the past week, it appeared to have been ceded to bearish pressure in recent hours. The MACD formed a bearish crossover and dove under zero on the charts.

The 38.2% retracement level and the 50% retracement level at $35 and $32, respectively, are levels that can witness NEO bounce. However, as the VPVR highlighted, the $30.5-$32 zone will be the next area of notable trading activity and the area where NEO is more likely to find strong support, than at $35. 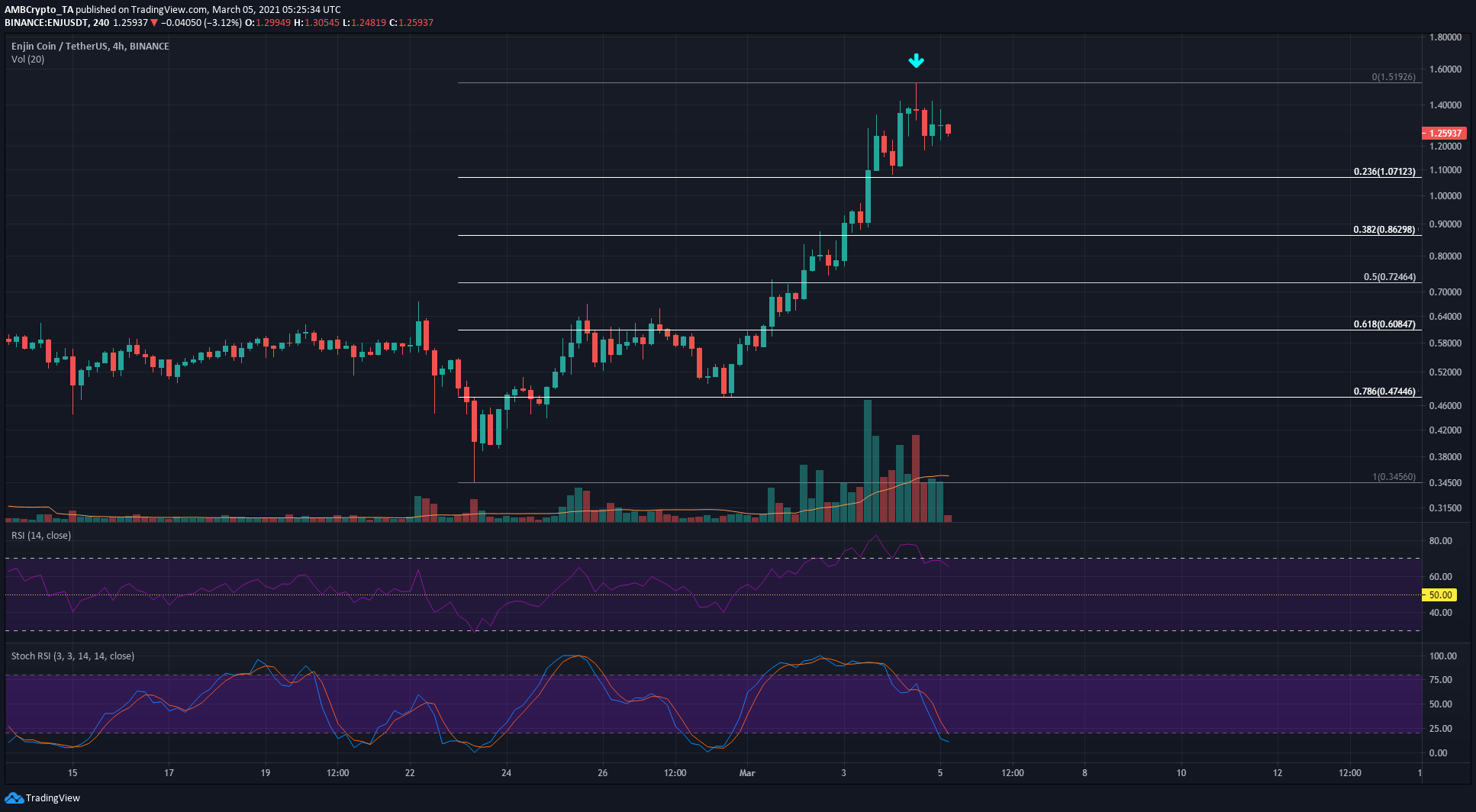 In hindsight, it is quite simple to spot bullish exhaustion, but quite hard to be certain of it in real-time. The candlewick up to $1.51 for ENJ was followed by a strong momentum bearish candle, and this development confirmed that ENJ bulls have run out of steam, at least in the short-term.

The Stochastic RSI dove into the oversold territory while the RSI also began to drop lower from extremely overbought values, registering a value of 69 for the most recent, closed trading session.