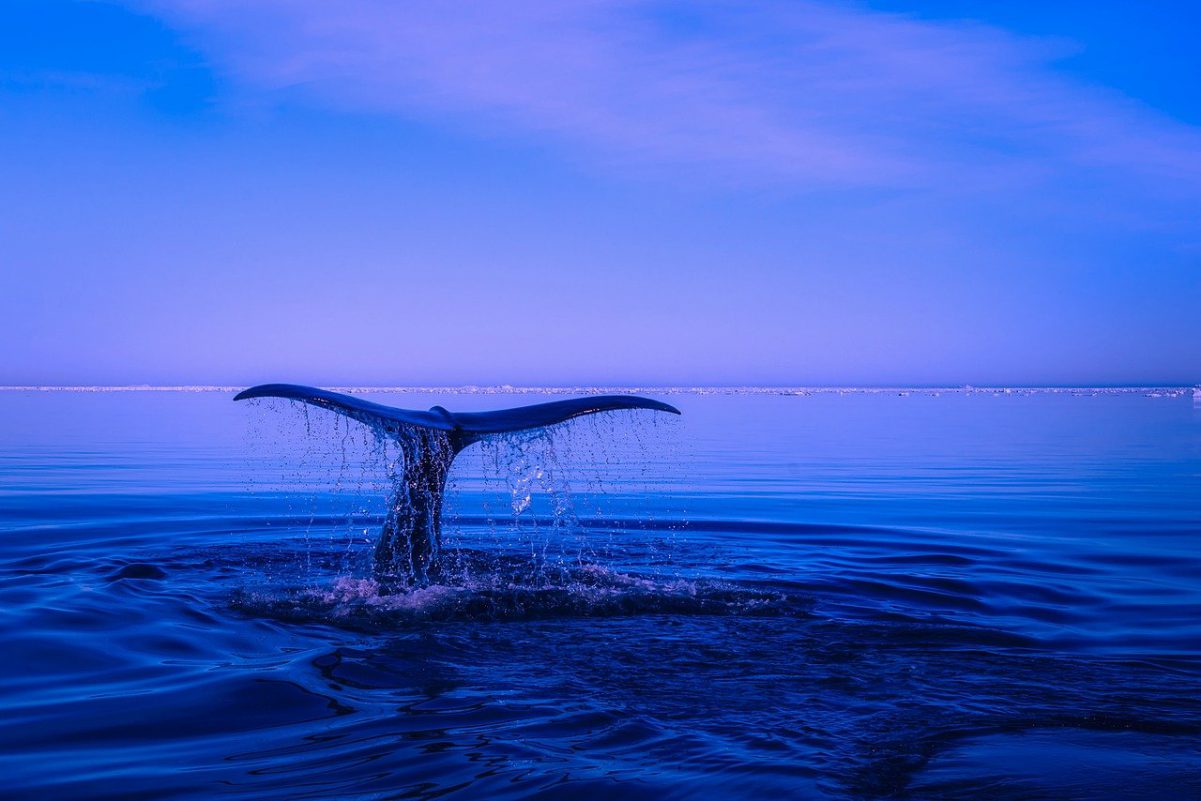 Despite Bitcoin’s rising market dominance, further gains for ETH against the US Dollar meant that many altcoins posted gains as well. Binance Coin appeared set to rise past its local high at $35.69, while Maker had strong bullish momentum behind it as it flipped a level of resistance to support. Finally, Neo registered weak bearish momentum as it struggled to stay above its level of support. 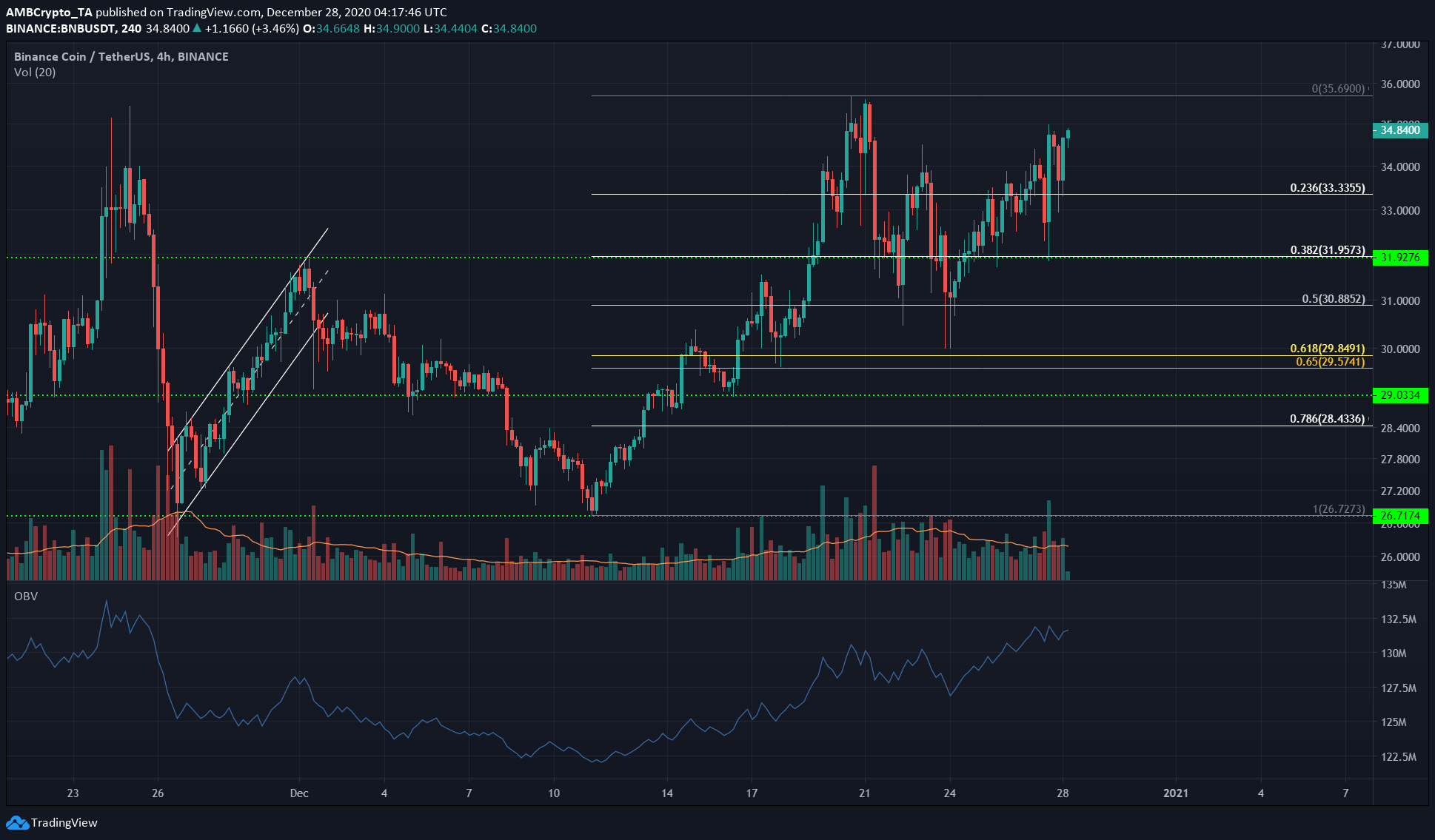 Binance Coin registered a pullback to $30, almost exactly to the 61.8% retracement level before the prices reversed to the upside. After reclaiming the $32-region of support, BNB’s short-term momentum shifted more in favor of the market’s bulls.

This move had significant trading volume behind it, and the OBV showed that much of that activity has been buying. This was bullish for BNB.

After rising past the $34-region, a zone where the prices have faced selling pressure in the past, it appeared likely that BNB would climb higher than its local high at $35.69.

The Fibonacci 27% extension level presented a target of $38.5 for BNB, should the bulls succeed in driving the price past $35.69. 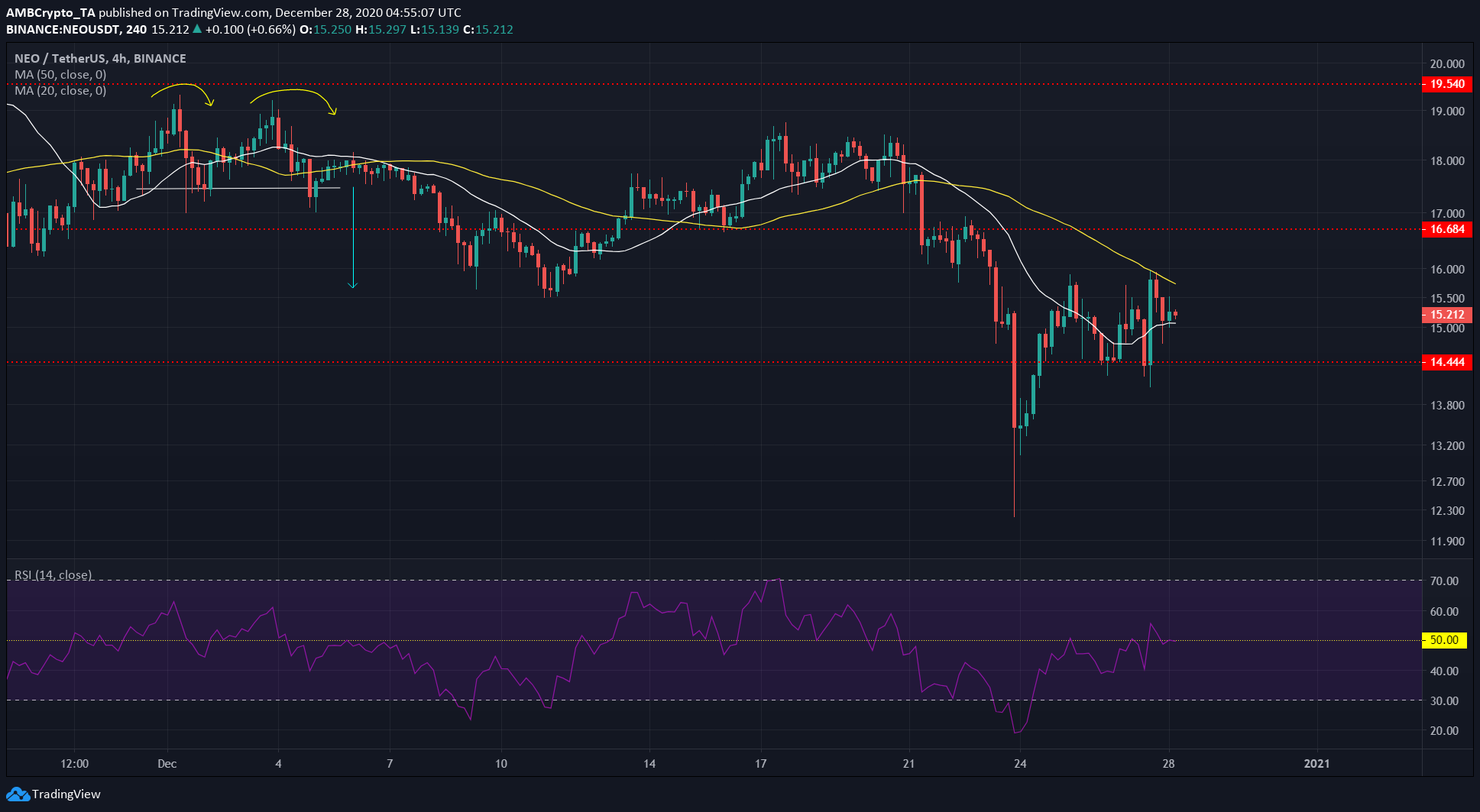 The momentum for NEO in the short-term was neutral to bearish. It dipped under the $14.4-support level, but it bounced after reaching a low of $12.3, and at the time of writing, was trading at $15.2.

And yet, the moving averages showed that the short-term trend was bearish. The 20 SMA (white) dived under the 50 SMA (yellow), a level that acted as resistance to the price.

The RSI floated around the neutral 50-line to indicate the lack of a definite direction for NEO. A move backed by a good trading volume below $14.4 or above $16 would highlight the direction of the next move for NEO. 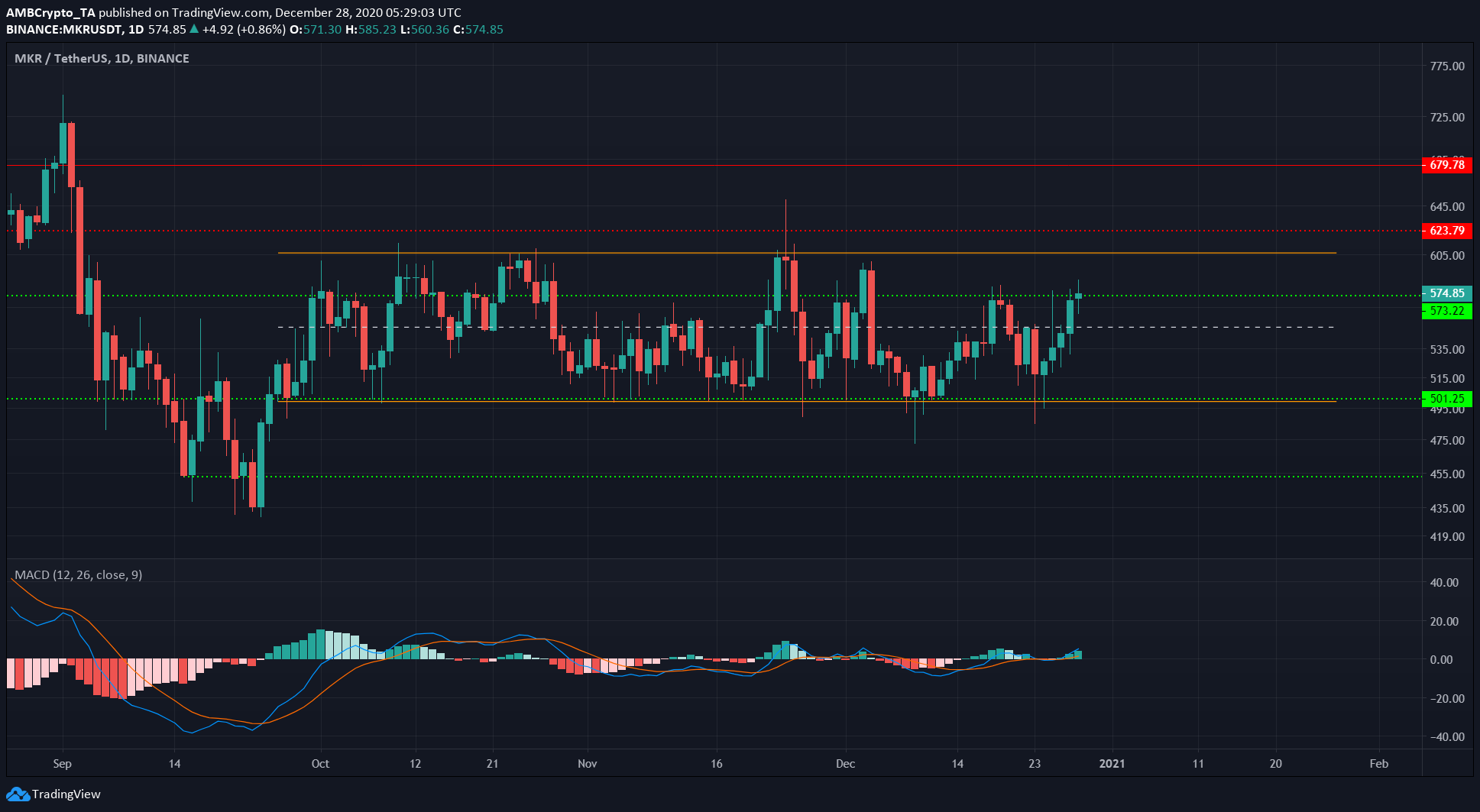 Using the 1-day chart to analyze MKR, it was observed that the price was trading within the ranges of $500 and $600 for the most part since October.

ETH’s latest gains likely influenced MKR as well. It surged strongly past the mid-point of the range and above the $573-level of resistance, a level that could be retested as support in the coming days.

The MACD formed a bullish crossover and rose above the neutral line to signal strong bullish momentum. A move above $600 would indicate a possible breakout from the price range of the past three months.

COVER exploited for $2M as price crashes by 77%