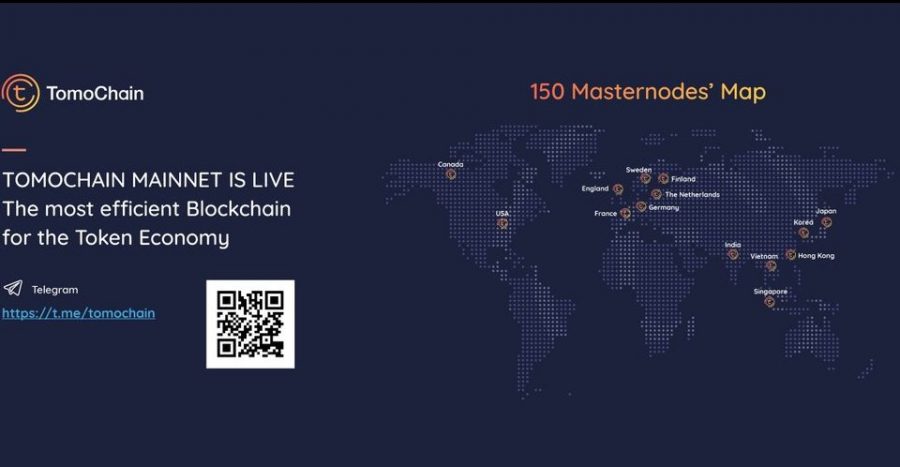 Binance’s decentralized exchange, Binance DEX, recently launched to much hype with a non-custodial integration of TrustWallet. Since then, the exchange has undergone a flurry of listings, from stablecoins to analogous tokens of public blockchains via its BEP standardized token contracts for Binance Chain.

Binance DEX is already considerably outpacing other DEXs in volume, attracting a normalized trading volume over $5 million in the last 24 hours. Couple that with more than 1.27 million monthly web visits, according to SimilarWeb, and it is evident that Binance’s DEX push is paying dividends so far.

The rise of Binance DEX has also come with a series of projects launching on the exchange, with Binance even announcing pegged tokens on its network, such as BTCB using the BEP-2 protocol standard that has been adopted by several projects.

In particular, TomoChain, the scalable public blockchain, has produced a bridge protocol using Binance’s BEP-2 standard to allow cross-chain swaps between the native TOMO token and TOMOB – the Binance DEX analog of TOMO. And the TomoChain team is moving forward with a trading competition following the success of their pegged listing.

“To celebrate the event of the BEP-2 TOMO token [TOMOB] listing on Binance DEX, TomoChain is rolling out a TOMOB trading competition on Binance.org — with up to 30,000 TOMOB and 300 BNB to be airdropped.”

The trading competition, which will commence on July 12th at 0:00 UTC, is a bid to reward the early users of the TOMOB token on Binance DEX, where a minimum of 2,000 TOMOB is required for eligibility. The top 5 traders throughout the entire competition will be rewarded with 60 BNB each.

Outside of the listing on Binance DEX, TomoChain has been gaining traction in DApp development and users, particularly in gaming and financial areas.

The project is set to begin the final stages of its International Gaming DAppathon, which has seen more than 1,500 developers from around the world participate, creating more than 10 games. Similarly, DApp.com’s recently unveiled Q2 DApp Report shed a spotlight on TomoChain’s prominence as a public blockchain for facilitating financial DApps.

According to the report, over 60 percent of TomoChain DApp users tapped financial applications, with finance DApps accounting for over 70 percent of the transaction volume throughout Q2.

“Most of the DApp users were driven by TomoMaster, the governance DApp for TomoChain.”

And specifically referencing the financial DApp usage, the report continued,

“There is a huge difference compared to the other blockchains where gambling and high-risk DApps took huge place at the early stage.”

Backed by the largest spot trading exchange in the cryptocurrency market, which recently rolled out margin trading, Binance DEX is poised to continue its growth as a non-custodial favorite among investors.

Its BEP standardized token contract has proved a valuable resource for project listings on the platform, and networks like TomoChain have presented some diligent technology [i.e., their bridge protocol] congruent with providing more liquidity to its users.