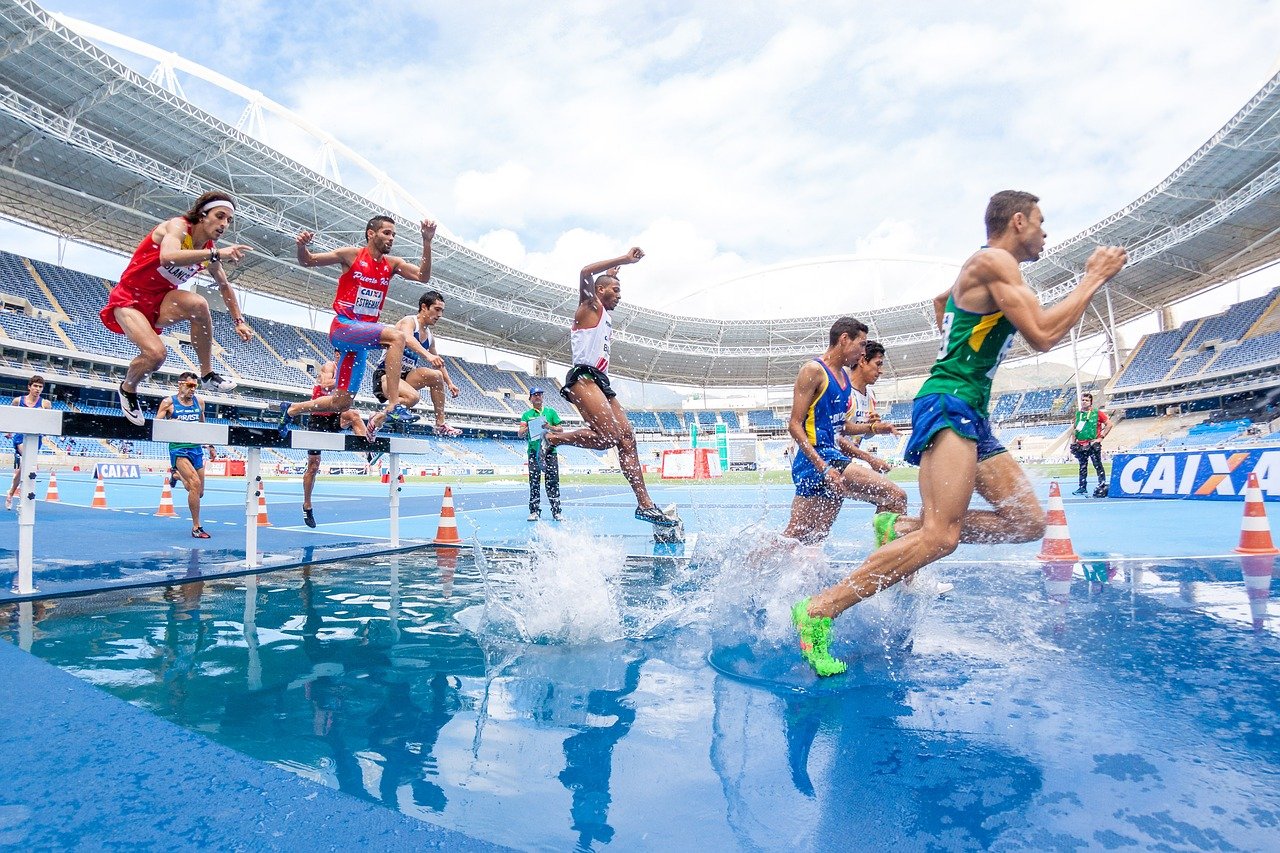 The DeFi world is pretty much ruled by Ethereum. We all know that. And yet, Binance has managed to climb the ranks and consolidate its second position in the space. Over the past few months, Binance Smart Chain has gained in terms of TVL and protocol.

However, looks like it is now also gaining the interest of developers and investors more than ever.

Does everyone want Binance Smart Chain?

A recent report from Moralis found that since July 2020, well before it even launched, the development teams on the chain have been doubling every month. In fact, currently, the figure stands at almost 8000 teams. 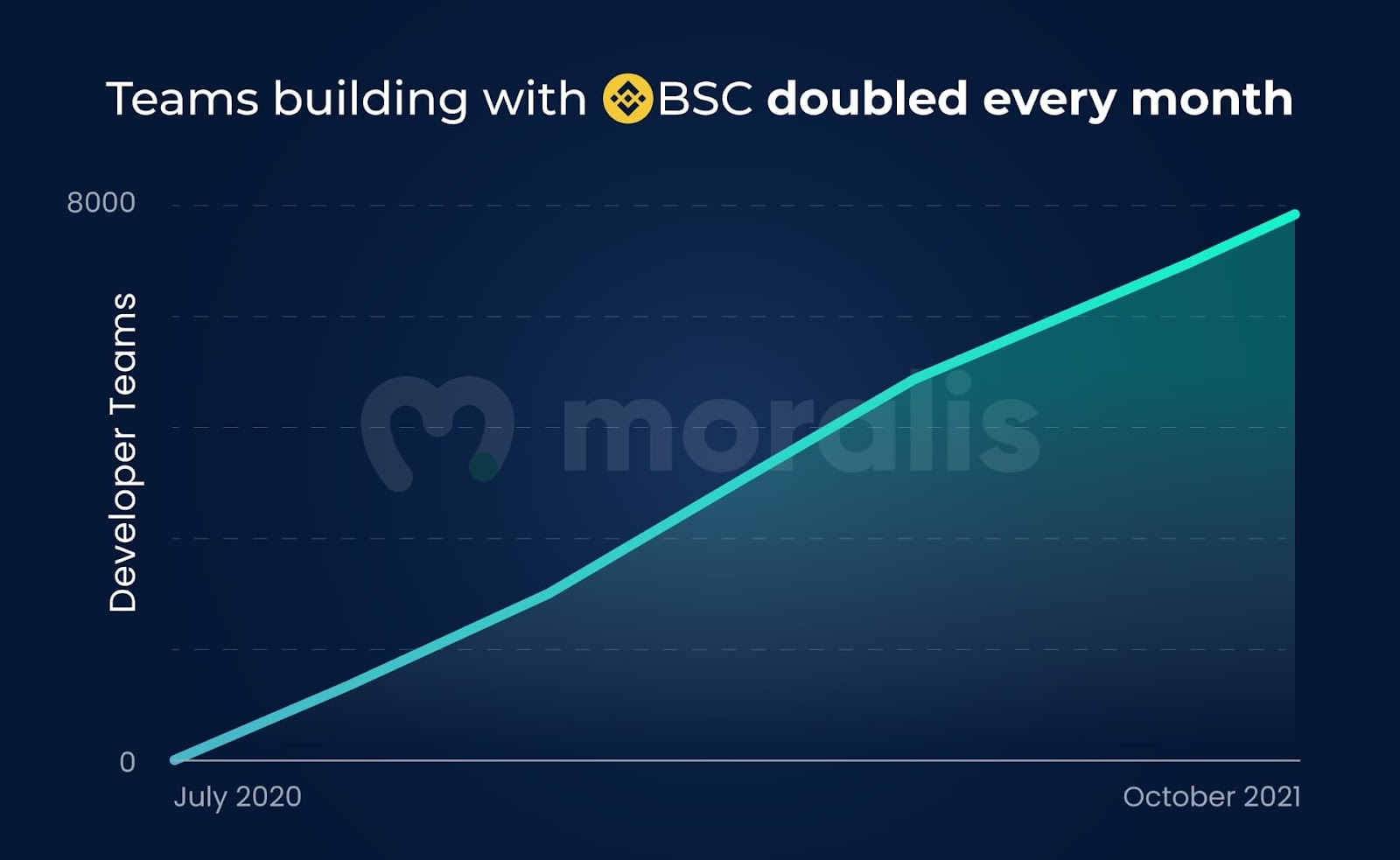 Since August alone, the count of development teams has risen by over 300%.

Plus, this interest in BSC does not appear to be waning either as smart chain requests through Moralis have hit almost 500 million, increasing by 10x since July 2020. What this suggests is that these teams have been constantly active. 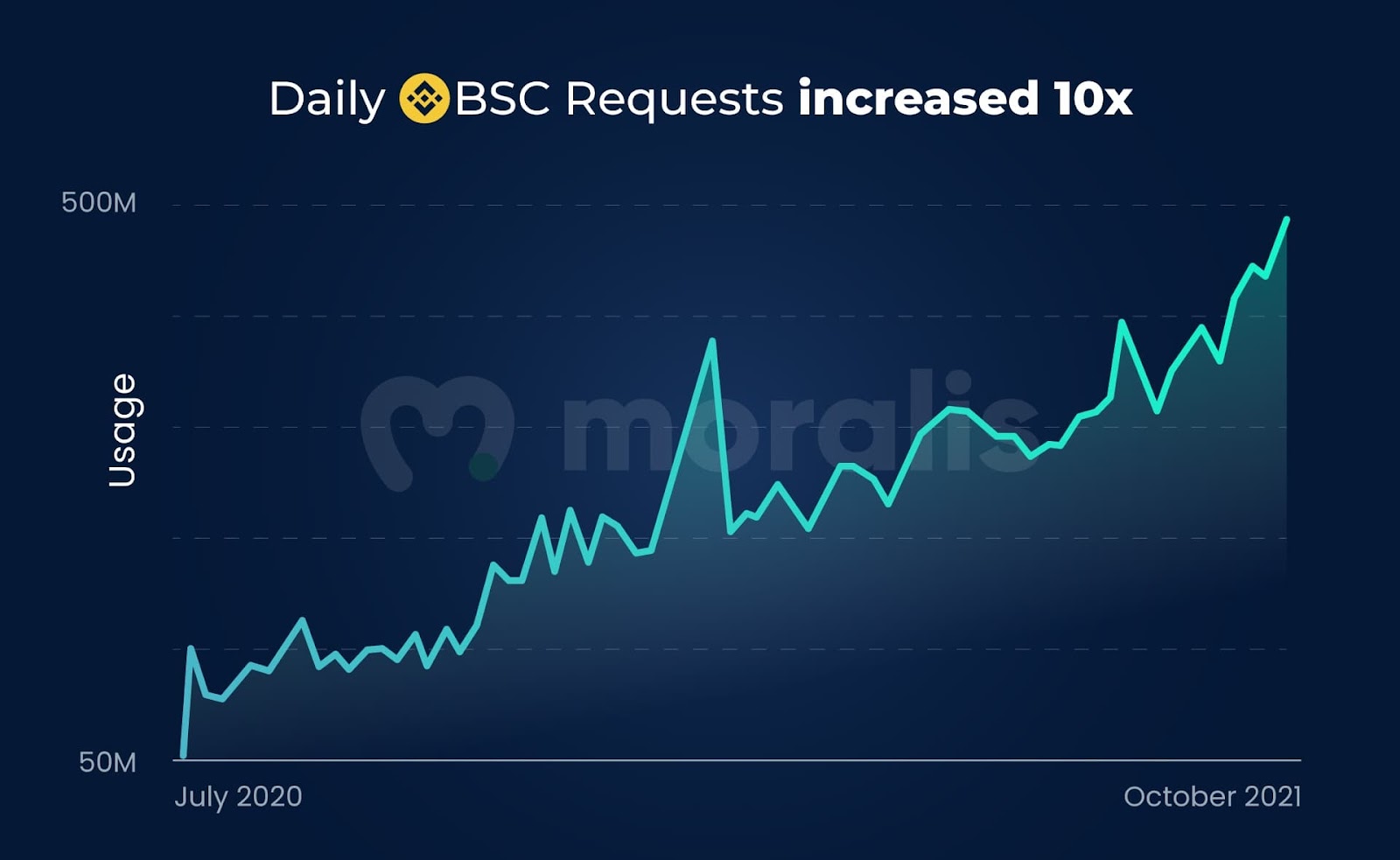 Participation is a big factor when it comes to a successful chain and BSC last month saved itself from being overtaken by Polygon in terms of total addresses.

Sitting at 114 million addresses, the network continues to add well over 330k addresses every day. And, these aren’t FOMO addresses either. If you look at the daily active addresses on BSC, the figure just crossed the 2 million-mark a few days ago. 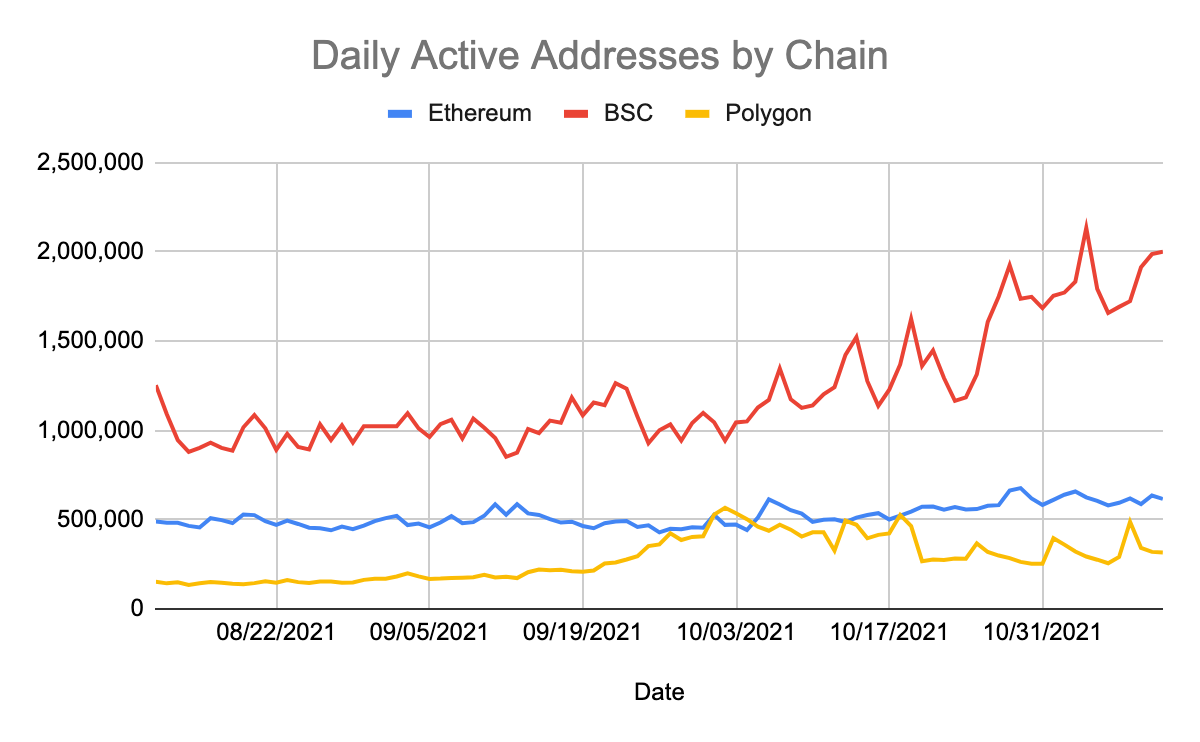 Additionally, its organic growth can also be backed by consistently rising on-chain transactions which are now close to 12.1 million transactions per day. 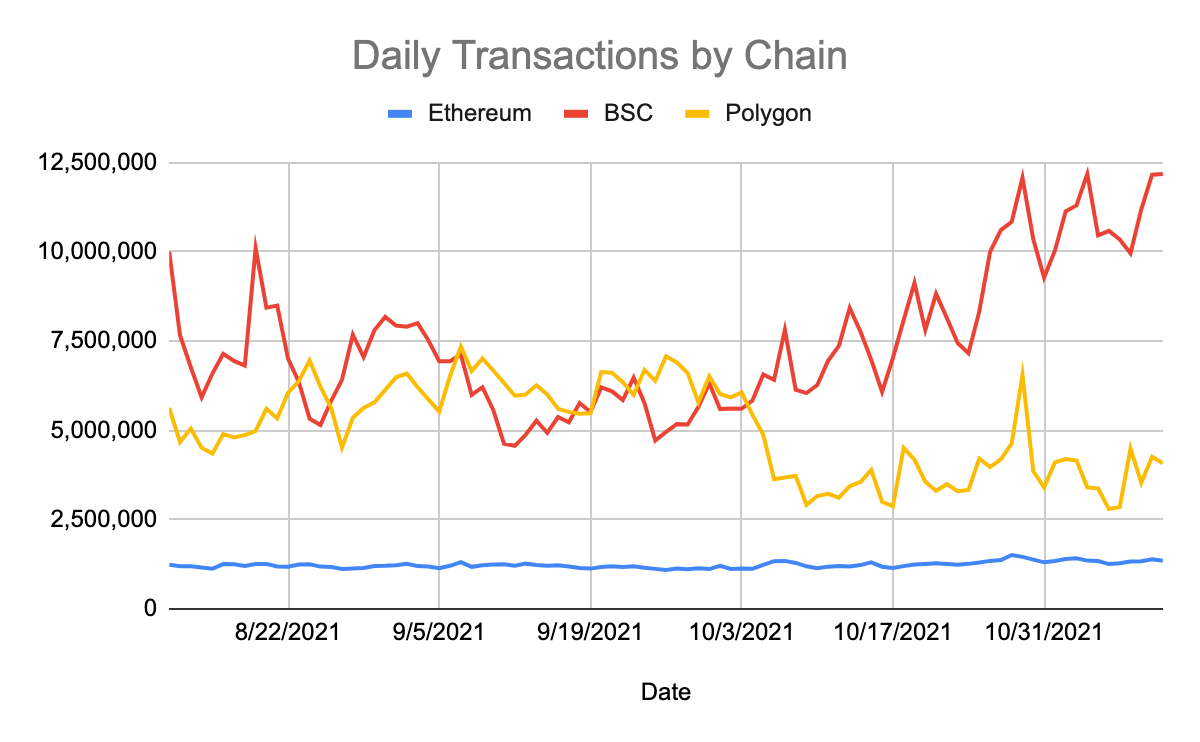 That being said, while it may be holding more interest than Ethereum, BSC’s growth on the total value locked (TVL) front does not even compare to Ethereum.

Ergo, while the Binance Smart Chain may have developers and social advantages, it still is out of competition as Ethereum continues to justify its tag of DeFi king with 289 protocols under its wing.

Here’s how Cardano can break away from its bearish shackles