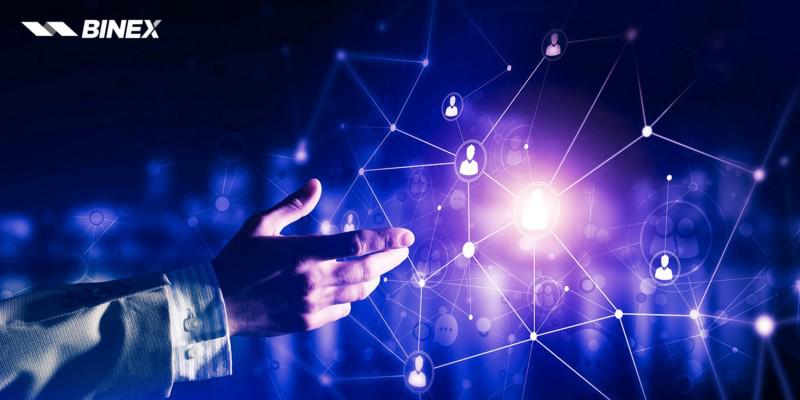 We are happy to inform you that you are reading something valuable in the evolving cryptocurrency market scene, as there is a lifetime opportunity to get a hands-on experience on one of the exciting trading platforms at the threshold of its launch. The BINEX.TRADE crypto exchange is set to launch in August 2018. The upcoming crypto-exchange that shares more than two-third trading commission with its users while using remaining 30% for enhancement and maintenance of the exchange platform.
The exchange has come up with its native utility BEX Token. BEX is an ERC20 token that can be exchanged against BTC & alternate cryptocurrencies. The exchange claims that the token operates on the principle of distributing gain according to the value of their individual BEX usage. The idea is to make competitive trading more cooperative, enjoyable and self-assuring.
The idea of BEX is so powerful in the trading community that if on a given day the BEX token holder does not trade for some reason, then the token holder is assured to take home 70% of the trade commission proportionally distributed among the token users for that day.
In the month of April, the exchange unveiled its user-friendly User Interface [UI] intuitive design which will be convenient to use. This will reduce the time spent by the user navigating the website, as all the information of relevance and importance can be viewed on a single window screen. The two versions of the interface; basic and advanced, will interact with the traders depending on their choice(s) while trading. 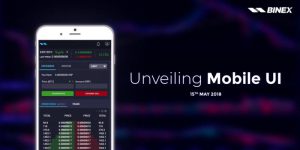 The basic interface employs an intuitive and user-friendly approach that will make the exchange more accessible to new users. There is also an advanced version of the interface that offers a plethora of features for advanced users. In the month of May, they unveiled mobile UI design interface that is segregated into market, book, rewards, wallet and an additional options section ensuring that the information is divided in a concise manner so as not to clutter the design interface while giving users everything that they need in seamless fashion.
The design approach offers a panoramic view of the cryptocurrency market to keep users abreast of the latest developments.
While choosing the correct cryptocurrency exchange, it is an important part of an effective investment portfolio to have decentralized assets. However, what makes BINEX.TRADE unique is its uncanny ability to strike a seamless balance between accessibility, transparency and security.
This is clearly reflected in its innovative features list like: Order book, market depth, market chart, intuitive dashboard, ease of registration and security. However, BINEX.TRADE uses a novel approach in its dashboard interface that helps new users get acquainted with the finer nuances of cryptocurrency trading through its intuitive interface while advanced users can make use of more in-depth features that allow them to make the best of their investment.
Apart from these features, BINEX.TRADE acts as a community for those engaged in cryptocurrency trading. As the platform evolves it would act as part of a larger eco-system that would offer meaningful opportunities for anyone who is an investor in cryptocurrencies by imparting guidance and insight.
The next important question is why should anyone pre-register at BINEX.TRADE exchange? Because the exchange currently is offering 5 BEX tokens for FREE to 60K pre-registration users and the same users will enjoy 70% of the trading commission earned daily after the launch of exchange platform.
In a positive move towards evolutionary technology of blockchain the BINEX.TRADE exchange wishes to enable the traders with a daily pay-back of 70 % commission based on the volume generated on the exchange.
Vishal Gupta, Founder of BINEX.TRADE says:

“Technology will eventually generate more payment methods for the end users, and we at BINEX.TRADE are happy to be a pioneer in that direction. My team is gearing up tirelessly to make it an effective, user-friendly and transparent crypto-exchange”

The crowd sale of BEX tokens at BINEX.TRADE that began on 9th March 2018 is stemming out fruitful results, encouraging the platform and the team to work more effectively to enable our users to have one of its kind experience. BINEX.TRADE is inviting Ambassadors and Referrals who can be active participants in this lucrative program and be incentivized.
The ongoing engineering is to provide effective and efficient operation at the exchange and it will have two launches of the exchange in the month of July (Alpha launch) and August (Beta launch) which are much awaited and anticipated by the BEX token holders’ who have already invested in the project.
These two launches will determine the partial success rate of the exchange, whereas the rest would be established on the date of the actual launch. This determines how well it performs on the ground among the existing competition of top crypto exchanges while building its BEX community.
To know more, click here!

AidCoin: Fostering Trust and Strengthening the Third Sector with a New Era of Charitable Giving