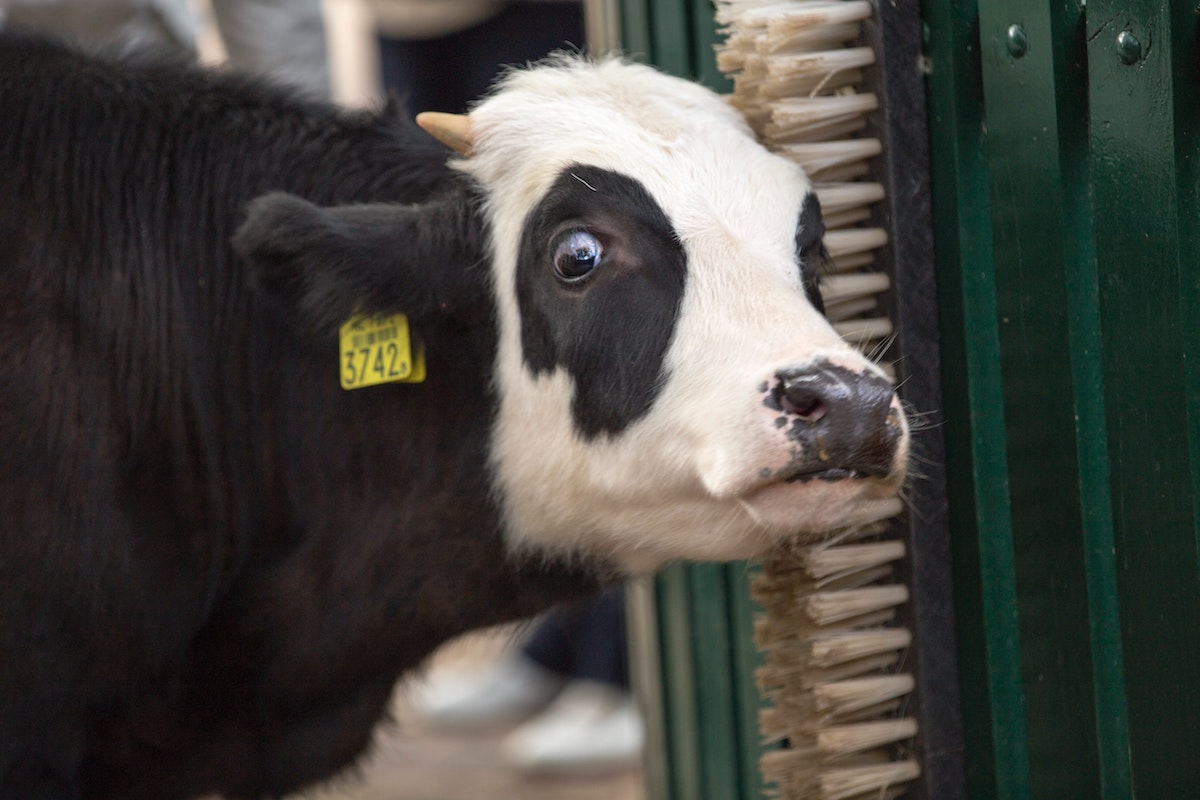 The cryptocurrency market has witnessed a massive sell-off this week. Over $3.15 billion in the value passed in or out of exchanges, with a net bias towards inflows, which accounted for $1.60 billion (50.8%). In fact, this recorded the largest aggregate exchange-related volume peak since October last year. 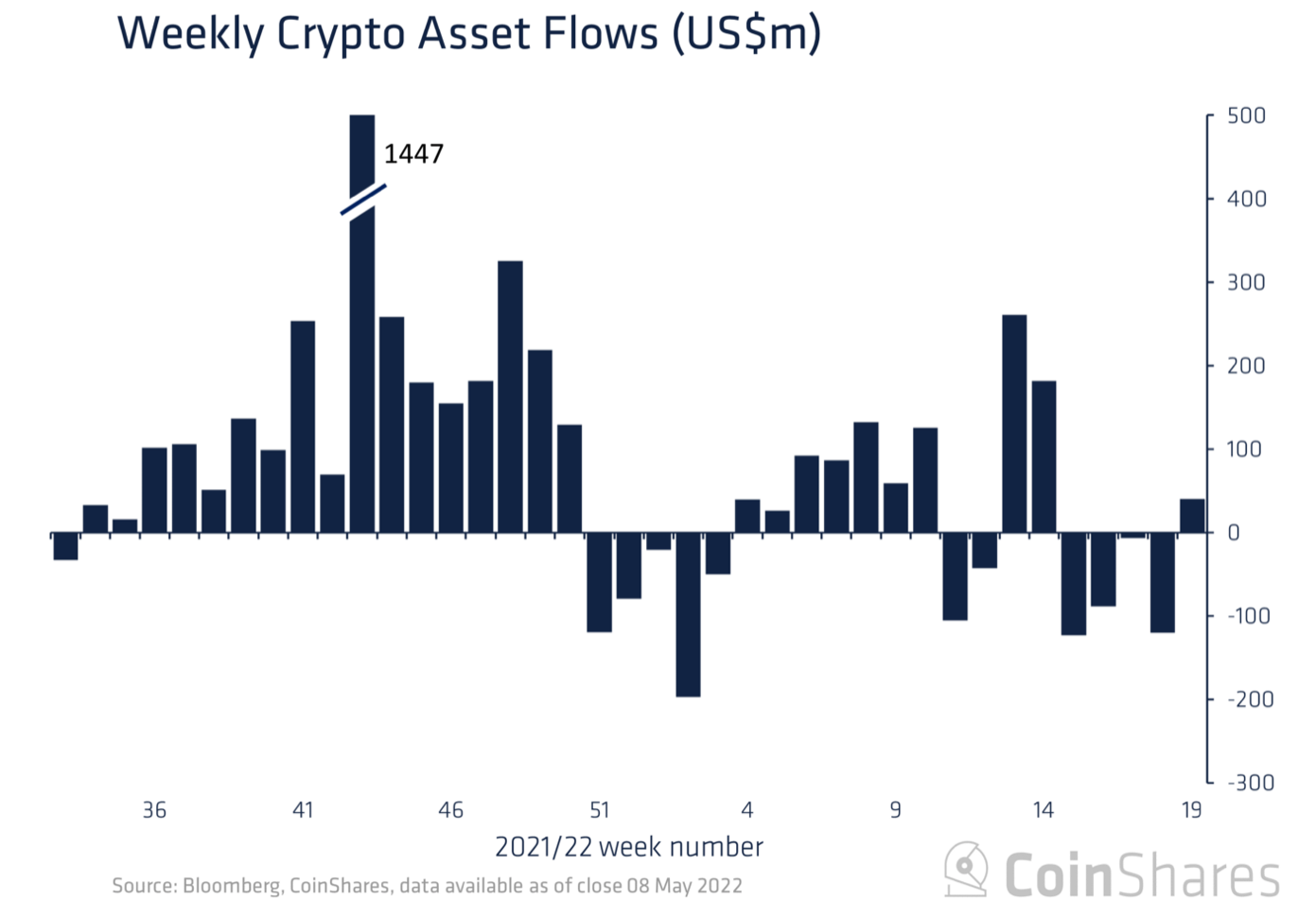 Investors took advantage of the substantive price weakness to add to positions. Or rather ‘buying the dip’. This was a sign that investors were taking advantage of the market to get into exchange-traded Bitcoin products at reduced rates. Exchange-traded crypto products, such as Grayscale Bitcoin Trust (GBTC), shares fell by 19% over the past five days compared to BTC’s 25% drop.

“Interestingly, we have not seen the same spike in investment product trading activity as we typically see historically during extreme price weakness periods. It is too early to tell if this marks the end of the four-week run of negative sentiment.”

One needs rather wait and watch as the crypto drama unfolds. Investors are panic-stricken, but, the question remains- What is the way forward?

Some light at the end

BTC, the largest coin suffered a massive 1.47% correction in 24 hours as it traded around the $31k mark. But holders still had faith in the king coin. 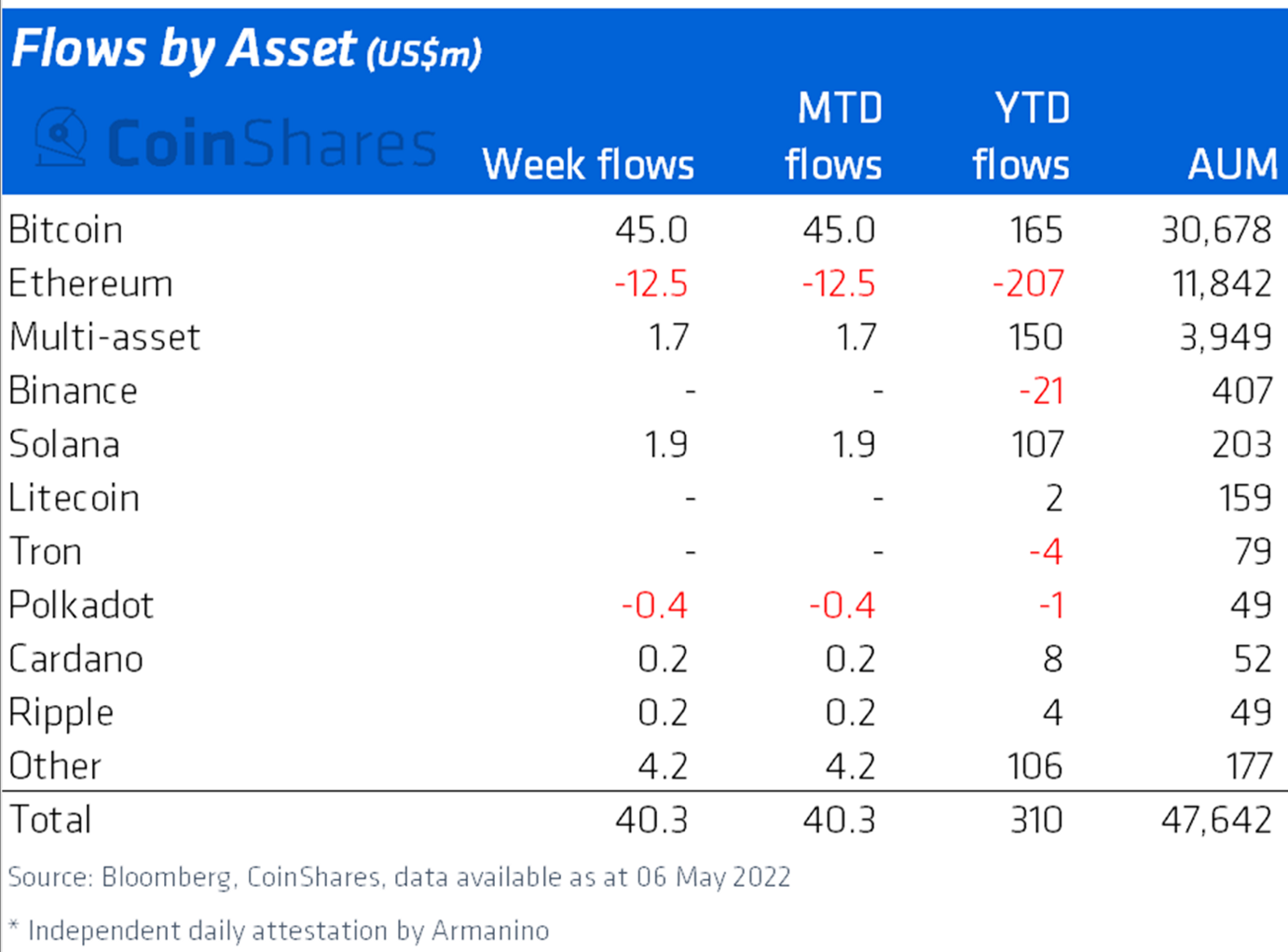 What about the altcoins?

On the brighter side, it is important to note how BTC had a significant improvement from recording $132m outflows to the current figure.

Unraveling the after-effects of recent loss on LUNA’s technicals