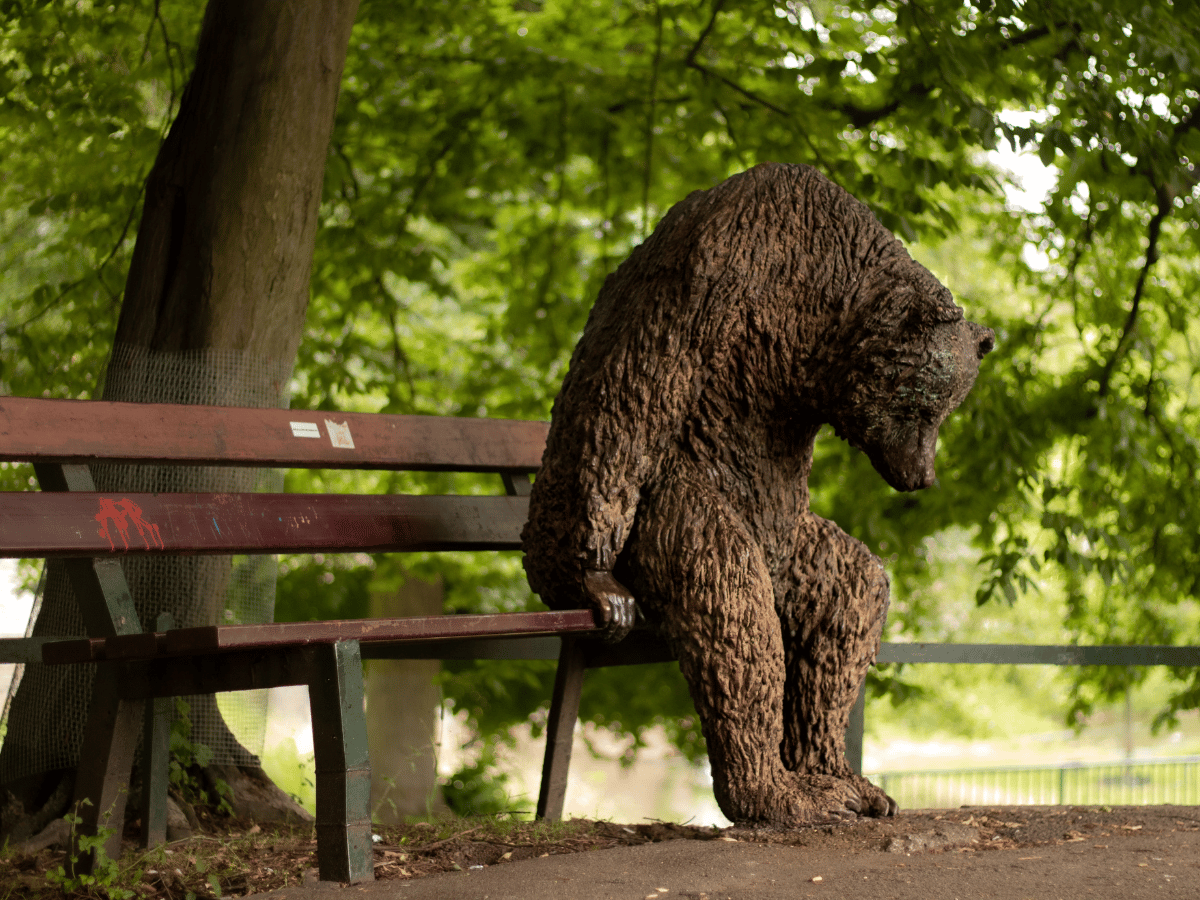 Despite the recent uptick, the indicators on the price chart were skewed towards the bearish side. Consider this- On 12 July, the 20-period EMA was below the 50-period EMA. A similar situation was observed on 13 and 14 July. This indicated that Bitcoin’s short-term move was more favorable for sellers. 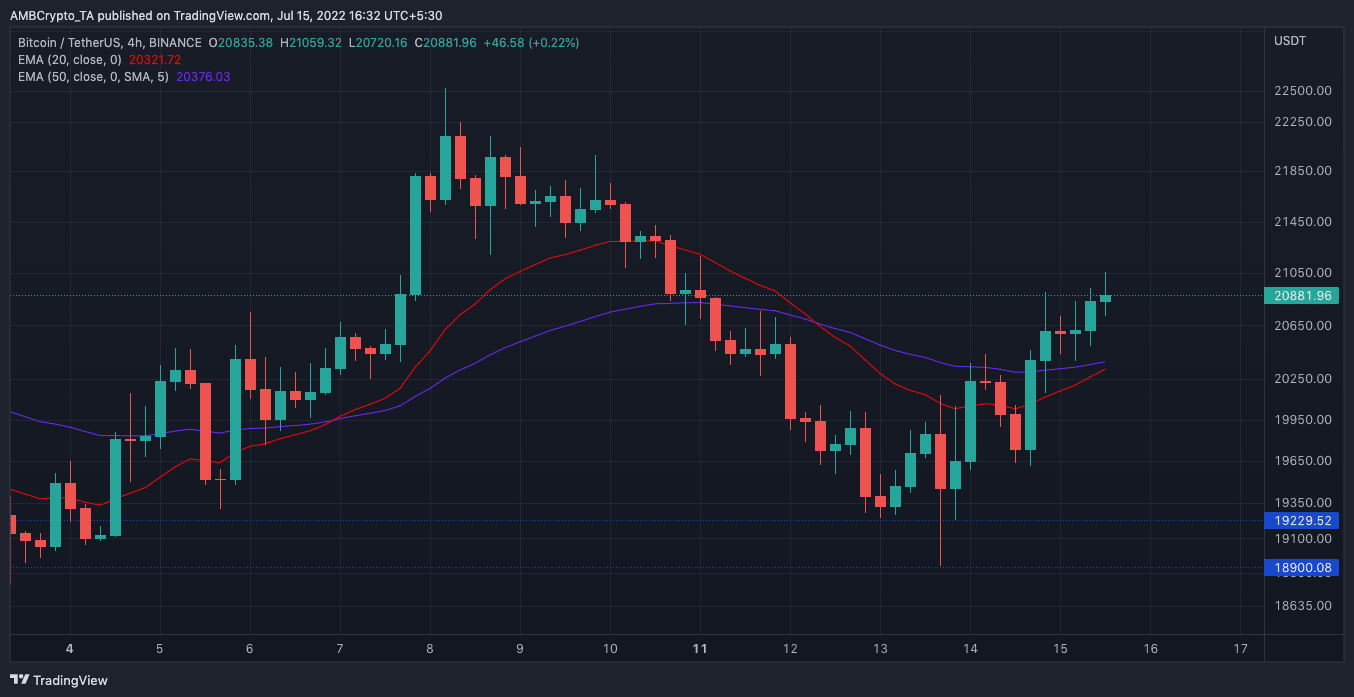 While Bitcoin’s price has increased, the 20 and 50 EMA have not overlapped. Additionally, the chart, at press time indicated that the 20 EMA might soon overtake the 50 EMA. If that happens, it would be a good opportunity for short-term traders to make profits.

Interestingly, the Relative Strength Index (RSI) has also seen some upside post 13 July. At the time of writing, the RSI stood at the 60 mark, well above the midpoint. 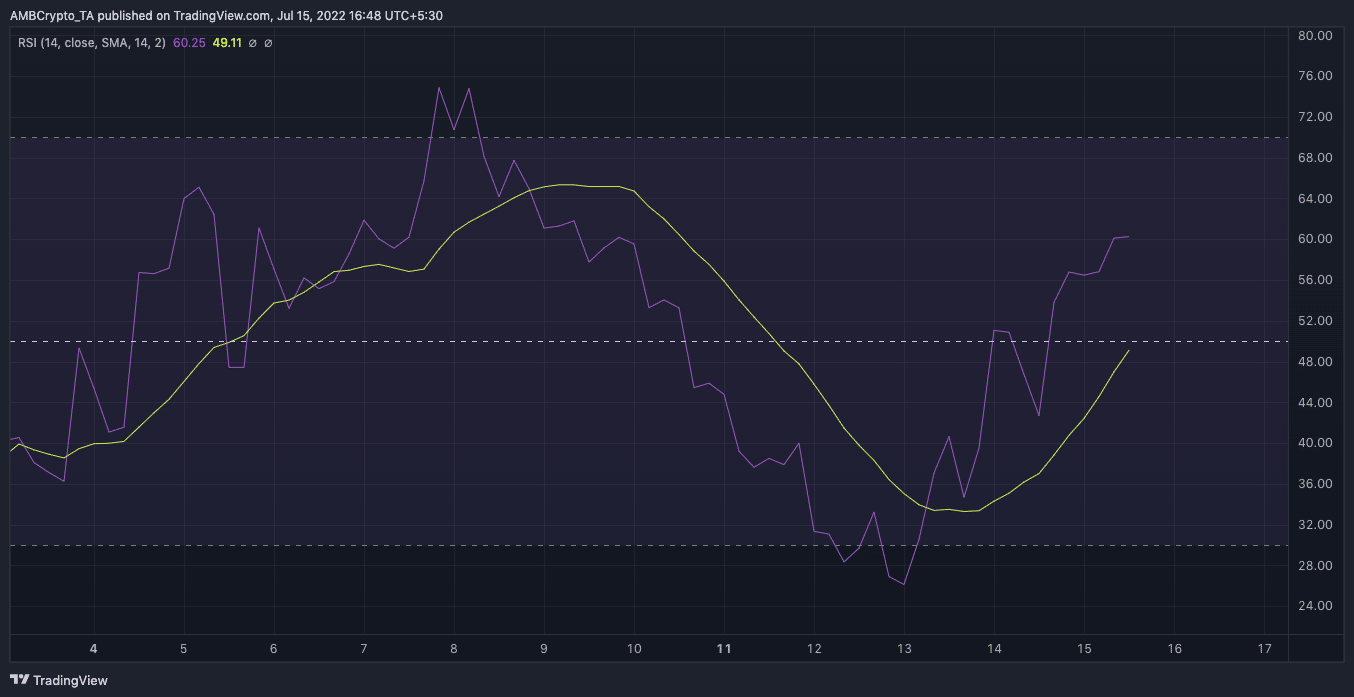 Given the unprecedented increase in the king coin’s price, the main question is – Will BTC continue its upward trajectory?

While that could be a difficult question to answer but on-chain metrics can definitely give some clarity.

According to Santiment, BTC active addresses have increased over the last 24 hours. While it was around 860,000 on 14 July, the press time number stood close to a million. This goes to show that investors’ sentiment is reviving real quick.

It is a similar situation with the volume, which moved from 28.13 billion to 31.64 billion. The uptick in the last 24 hours of 15 July could be a sigh of relief for Bitcoin maximalists. In fact, Bitcoin’s market cap also recovered from $376 billion to $391 billion at the time of writing.

Meanwhile, the current state of the crypto market may mean that Bitcoin has still not overthrown the extreme volatility plaguing it. However, the short-term price upticks almost guarantee bullish believers of relief. But, let’s not forget that it does not signify the end of the selling pressure.

Dogecoin: Important resistance level on lower timeframe will be…

India: BACC ceases to exist because of these reasons