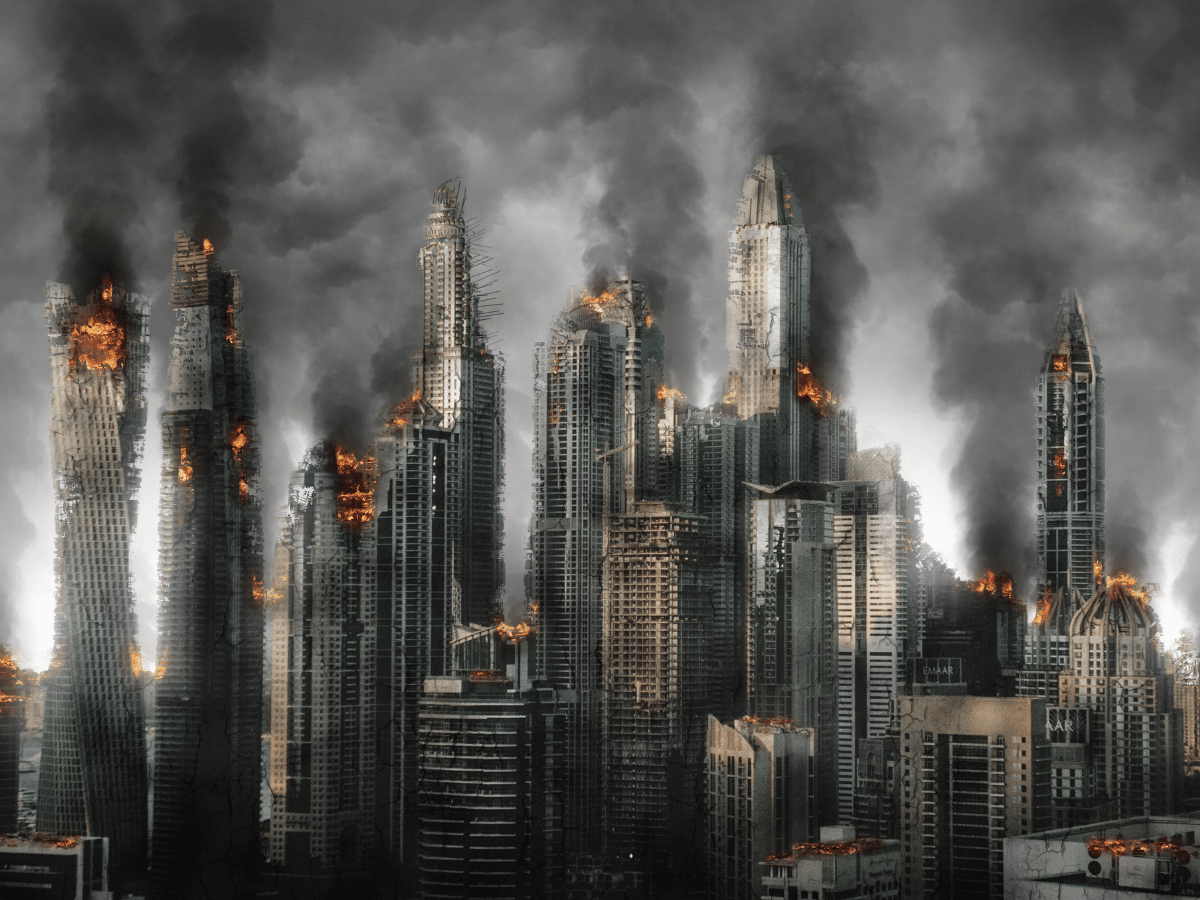 The price movement of Bitcoin [BTC] has not been to the delight of its investors lately. Since a $25,000 hit on 15 August that sent investors into jubilation, BTC has now only yielded to the reds.

While it consolidated around $24,000 up until 17 August, the last two days have been worse as the BTC price remained at $21, 290 at press time. Per CoinMarketCap, BTC had lost over 13% of its value in the last seven days. However, the records showed that over 60% of this loss happened between 18 August and the time of this writing.

Brace up for distress

While investors might hope that the bottom is almost in, the current momentum of BTC might think otherwise. This assessment is according to Ghoddusifar, a CryptoQuant analyst. According to the analysis, there is a chance that BTC could fall a further 30% from its current state.

Why has this happened though? Ghoddusifar mentioned that the BTC Relative Strength Index (RSI) was already broken. He added that there had been four bearish flag patterns since the downturn began, and if another one emerges, it could lead to another 30% price plunge.

A look at the four-hour chart  may have confirmed that the analyst’s projections could be valid. The latest momentum indicated that BTC was facing extremely high volatility as the Bollinger Bands (BB) expanded further as the price continued to plunge. Additionally, the RSI was at an incredibly oversold level with its value at 25.62 at press time. Despite the drawdown, the RSI wasn’t showing signs of a recovery to accommodate buyers.

The Directional Movement Index (DMI) also shared the same sentiment. The BTC/USDT chart revealed that the DMI favored the sellers as the -DMI (red)  at 33.83 was largely above the +DMI (green) at 9.19. BTC investors may have wished that the direction was a weak one, However the Average Directional Index (ADX) showed a strong movement in favor of the reds.

On-chain data platform Santiment showed that the Market Value to Realized Value (MVRV) ratio was not in a good position for investors to take profit. With the thirty-day MVRV ratio at -7.1%, most BTC investors who sell at the current price could risk selling at a massive loss.

Comparing the status of the on-chain metrics and Ghodduisfar’s prediction, it could be a wise decision for BTC investors to take a rest on short-term profit expectations as a 30% decline may not seem impossible.

Related Topics:BitcoinBTCBTC whales
Up Next

Ethereum’s Merge: How serious is the threat of ‘regulatory capture’

Ethereum: Despite the Merge round-the-corner, ETH falls flat on these metrics