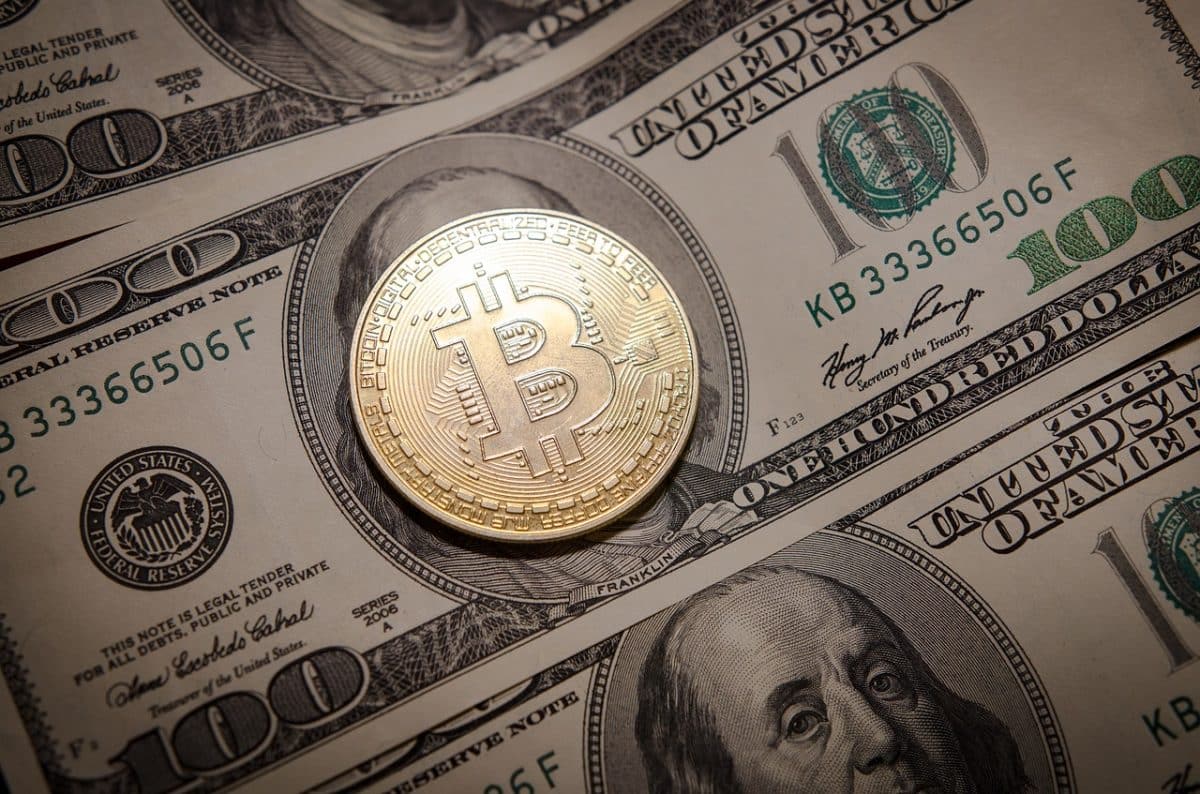 Bitcoin [BTC] is feeling the heat of the rebound again after narrowly breaching its $25k resistance level over the last 24 hours. At the time of writing, the crypto was trading at $24,750 on the back of a 0.75% daily hike. In fact, it also looked set to end the week on a positive note with weekly gains of over 7.75%.

The cryptocurrency has been reflecting on the bullish activity in recent days, something that has intrigued investors of late. There are now serious calls among market sceptics that a fifth bull run could be on the cards soon enough. There are also some researchers who believe that Bitcoin’s run is a result of “biting into Ethereum’s Merge news.”

Here, it’s worth pointing out, however, that Bitcoin has seen its stock rise after Blackrock’s latest announcement.

“Despite the steep downturn in the digital asset market, we are still seeing substantial interest from some institutional clients in how to efficiently and cost-effectively access these assets using our technology and product capabilities,” the company said.

In his latest assessment, IntoTheBlock’s Head of Research Lucas Outumuro shared his insights on Bitcoin’s latest trends. He claimed that large transactions have become far more common. Since the summer of 2020, the percentage share of large transactions (over $100K) of Bitcoin has remained between 97% and 99.9%.

Even so, throughout 2021, the figure would remain consistently at 99%. It later dropped to around 98% during the bear market. 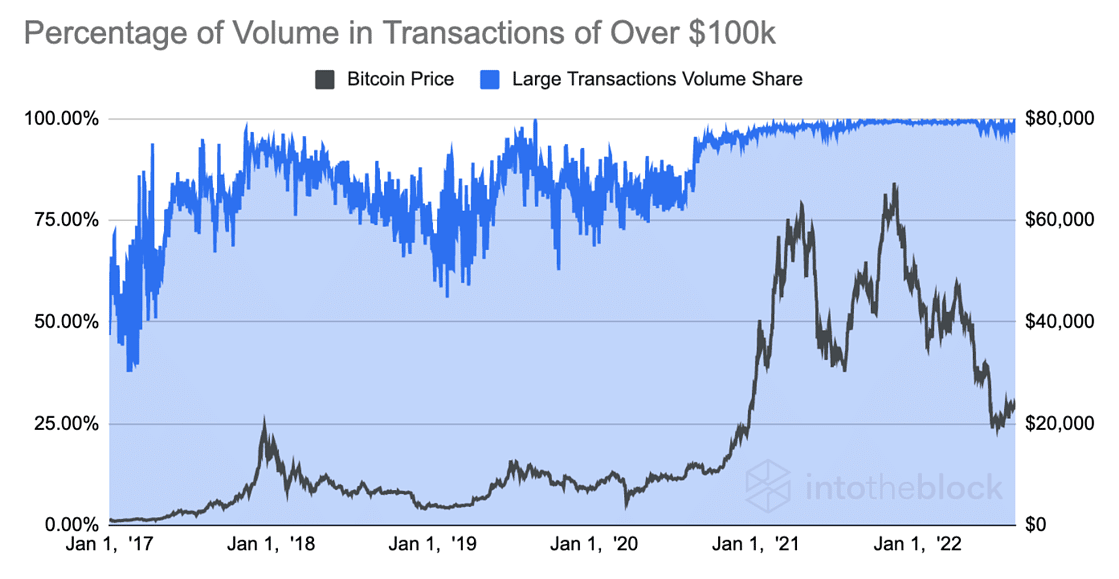 These large wallets continue to not only dominate transactions, but even hodling metrics as well. The largest Bitcoin holdings rest with long-term oriented entities, as per Outumuro.

Another major development has been recorded among Bitcoin investors.

According to Glassnode, Bitcoin’s Percent Supply in Profit (7d MA) has just hit a 3-month high of 62.73%. An increasing profitability index has historically paved the way for an influx of STHs on the network. This could prove to a huge factor, especially if Bitcoin were to stage another bull run on the charts. 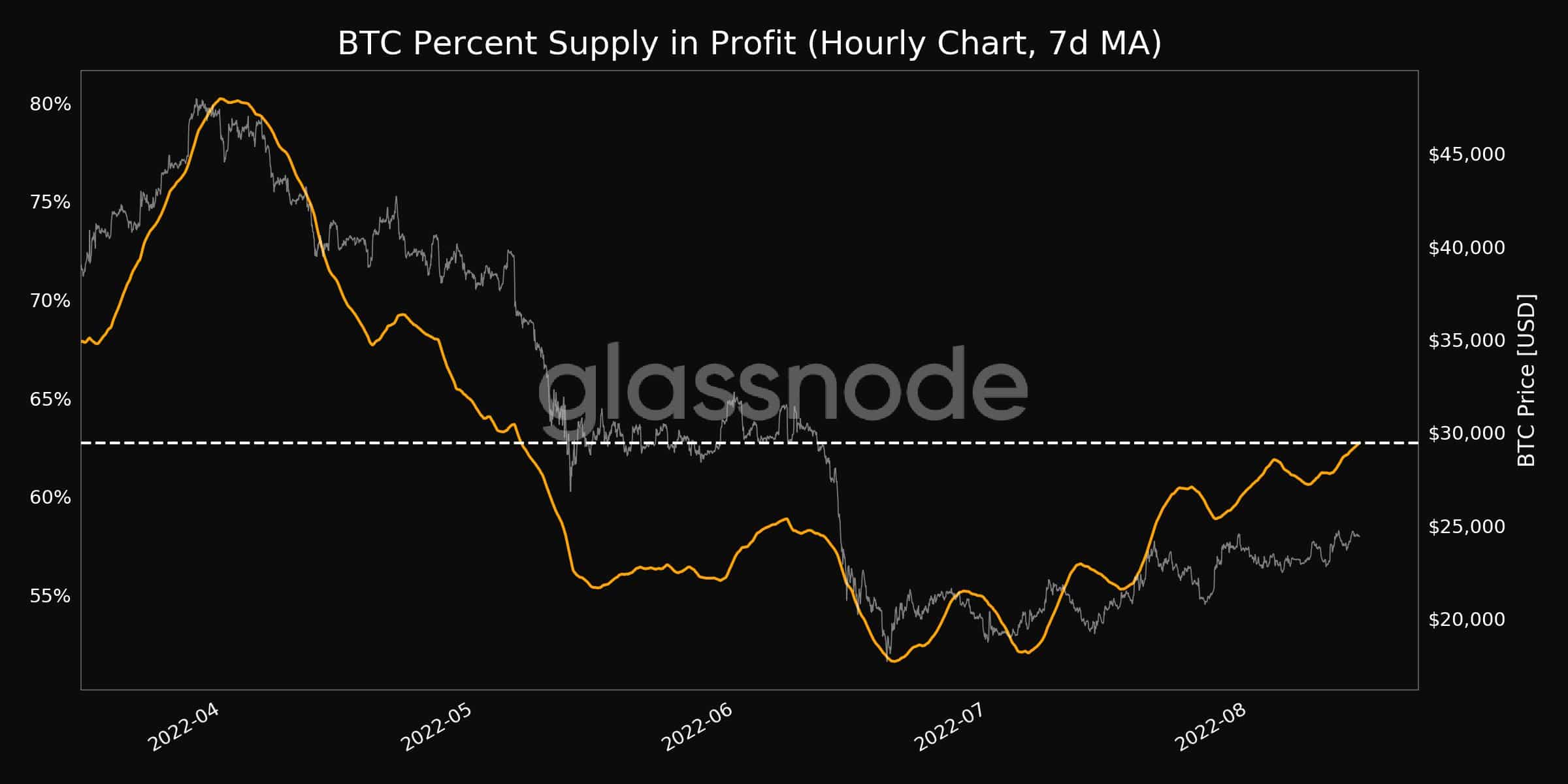 Another bullish indicator was pointed out by Santiment recently. As per its update, throughout 2022, Bitcoin and the S&P 500 had a tight correlation.

“They spent the first half of the year declining before a recovery began in June, Lately, BTC has fallen behind, and historically, a smaller reliance is good for crypto long-term.”

As shown below, Bitcoin is beginning to deviate from the S&P 500 recently. Could this be the final push for the 5th bull run or is it just another hopeful metric for the maxis?

Well, crypto-veteran Bobby Lee remains bullish on Bitcoin, despite the volatility in digital asset prices. In an interview with Bloomberg, Lee stated that both Bitcoin and Ethereum can scale back to their November 2021 ATHs.

“If the bear market doesn’t materialize, you could easily see Bitcoin and Ethereum go back up towards their previous highs, especially with this upcoming upgrade for Ethereum. This is very important for the cryptocurrency ecosystem. Everyone’s anticipating it. On the other hand, if there really is a bear market, I think that’s a short-term one to two-year affair. And that’s just to set the stage for a big new super rally in the coming years.”