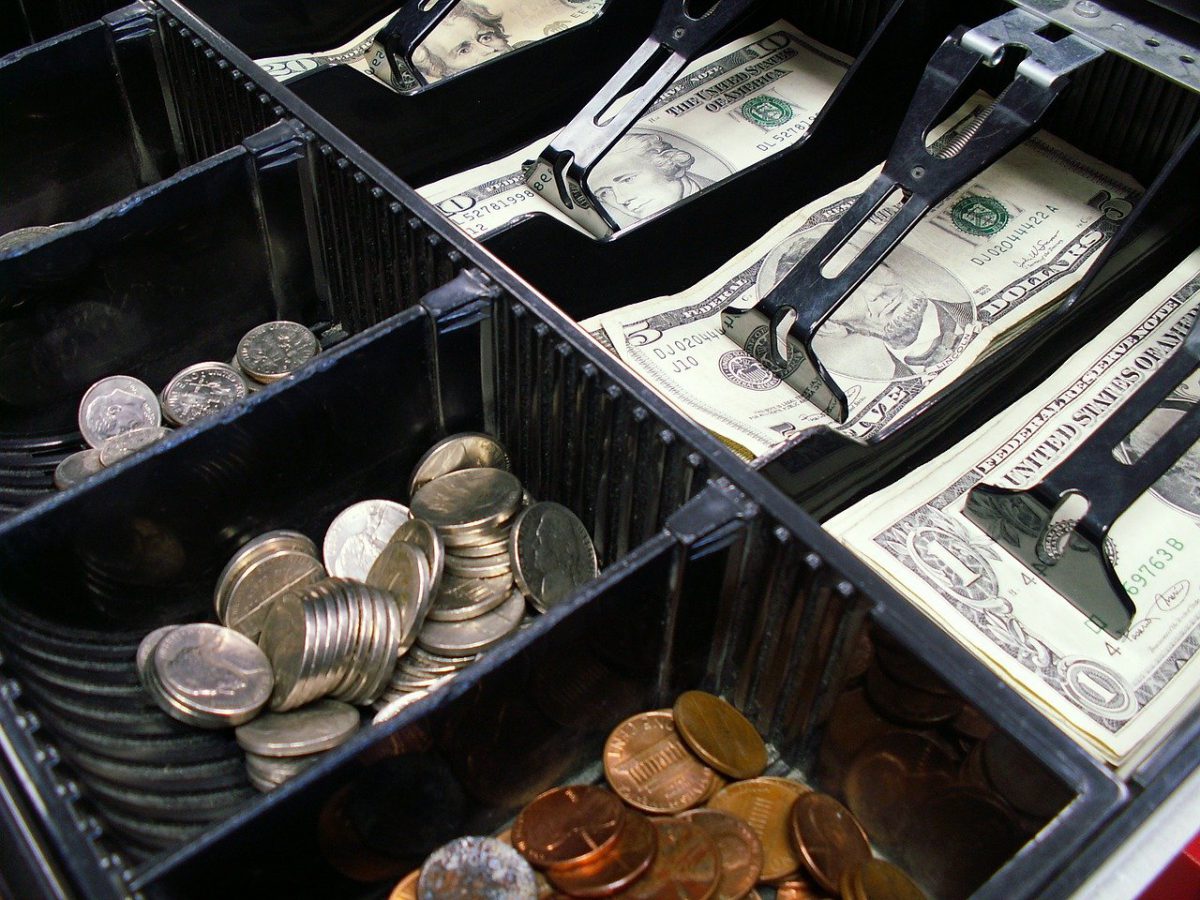 MassMutual was in the news recently after it bought $100 million worth of Bitcoin, news that billionaire Mike Novogratz responded to as “might be the most important BTC news of 2020.” On the back of such a development, Bitcoin Cash exhibited a bullish divergence on the charts and rose towards the resistance level at $267.

Further down the crypto-ladder, Cosmos and Dash recorded losses over the past few days, following which, they noted a bounce in price in the hours before press time. It should be noted, however, that their performances over the past two months have significantly differed, giving context to their price movements. 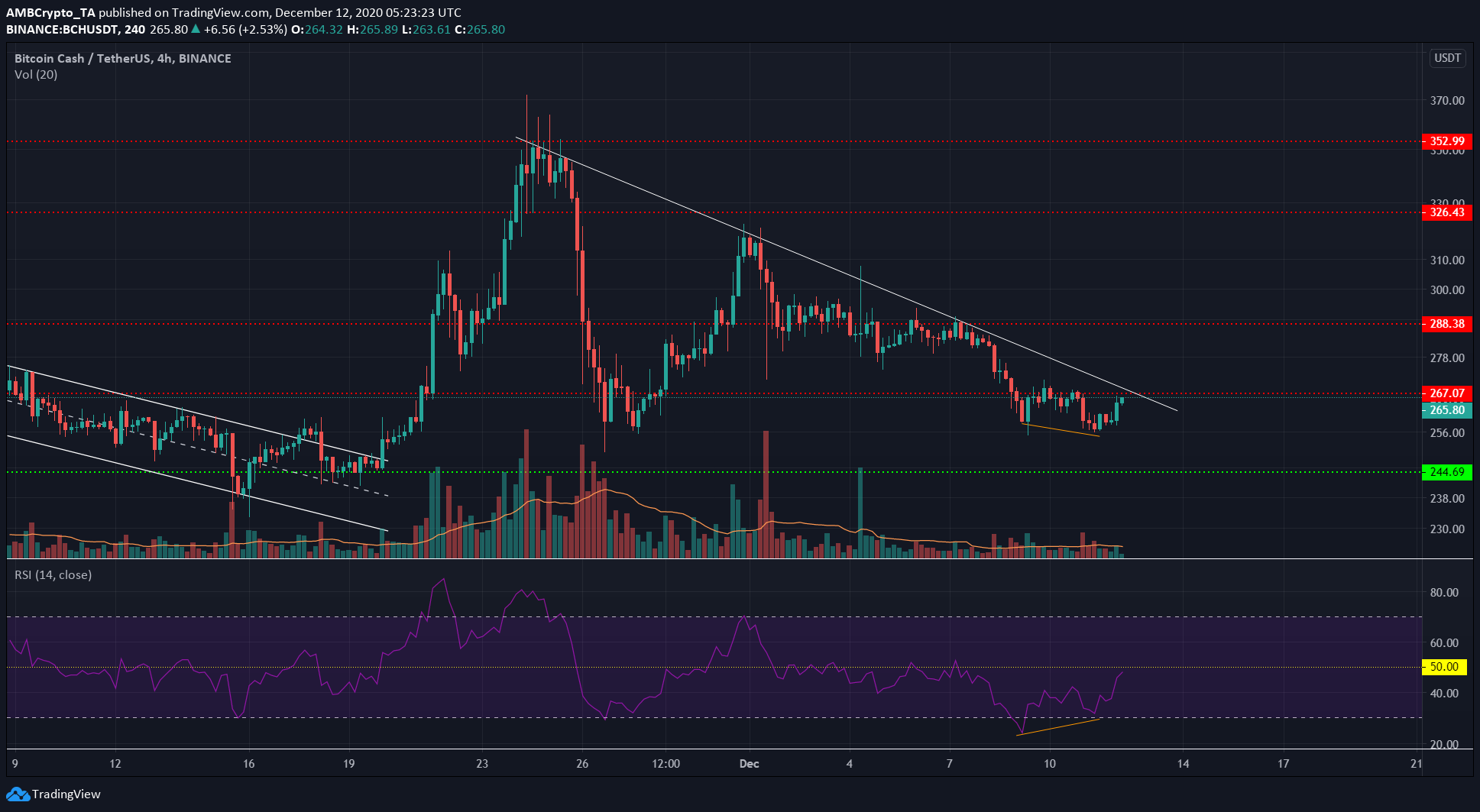 The price formed a lower low while the RSI formed a higher low (orange), and subsequently, BCH rose to test the level of resistance at $267. However, it has also been on a downtrend since the local highs of $354 in November, and the RSI showed neutral momentum at the time of writing.

The trendline resistance, alongside the horizontal level of resistance at $267, would give a lot of insight into BCH’s direction in the coming hours. A rejection here could lead to a period of consolidation at $255, while a flip of the resistance level could initiate another short-term uptrend. 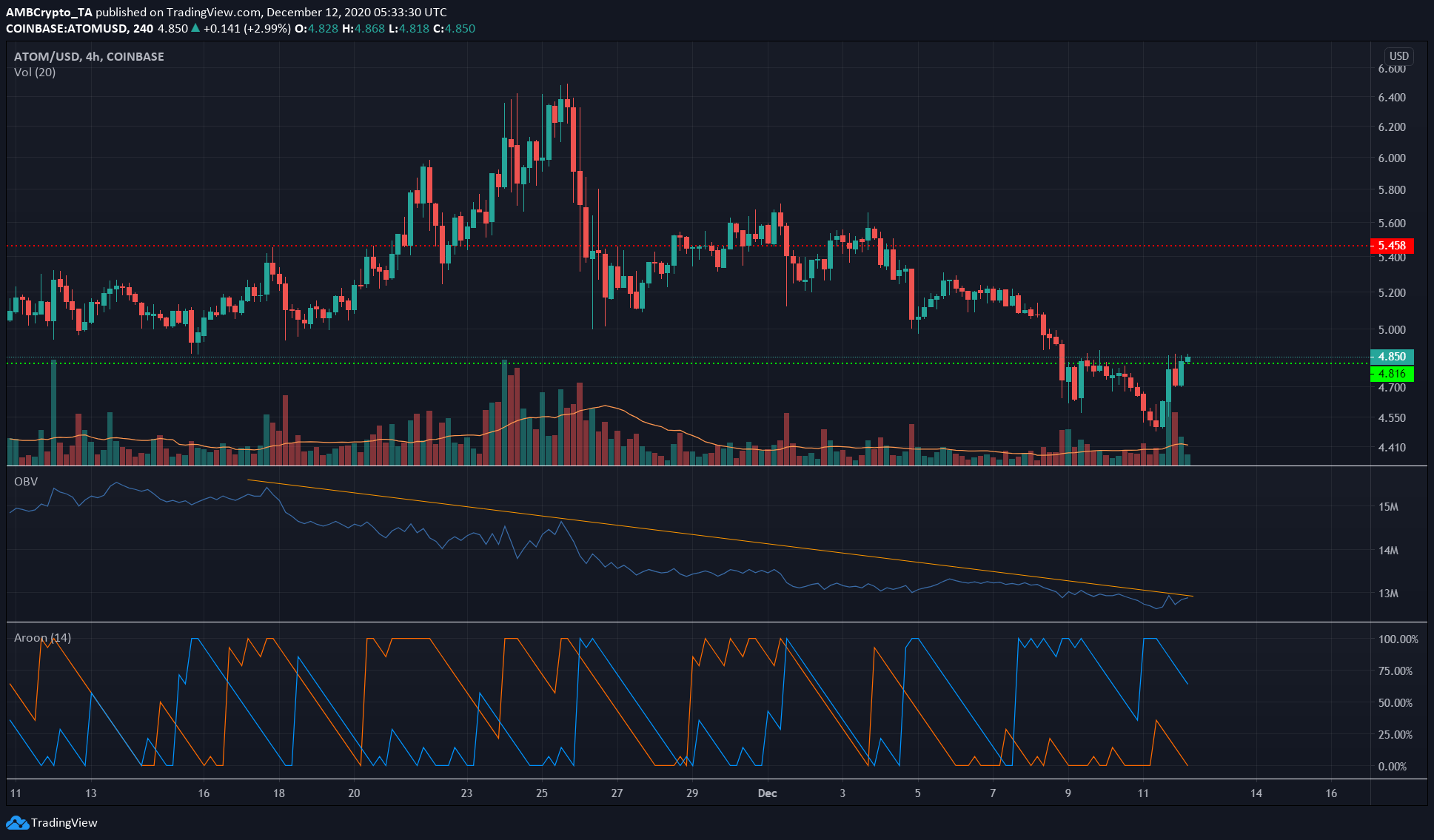 Cosmos has been on a downtrend since the local top at $6.4 it registered in late-November. Since then, both the price and the OBV have registered a series of lower highs.

The most recent drop across the altcoin market saw ATOM post losses as well, with a trading session close at $4.5. However, subsequent sessions saw significant trading activity, and the price also surged to trade at $4.85, at the time of writing.

The Aroon Indicator showed that a downtrend was still in play. Above the $4.8 level, $5 would also act as a suitable resistance level. 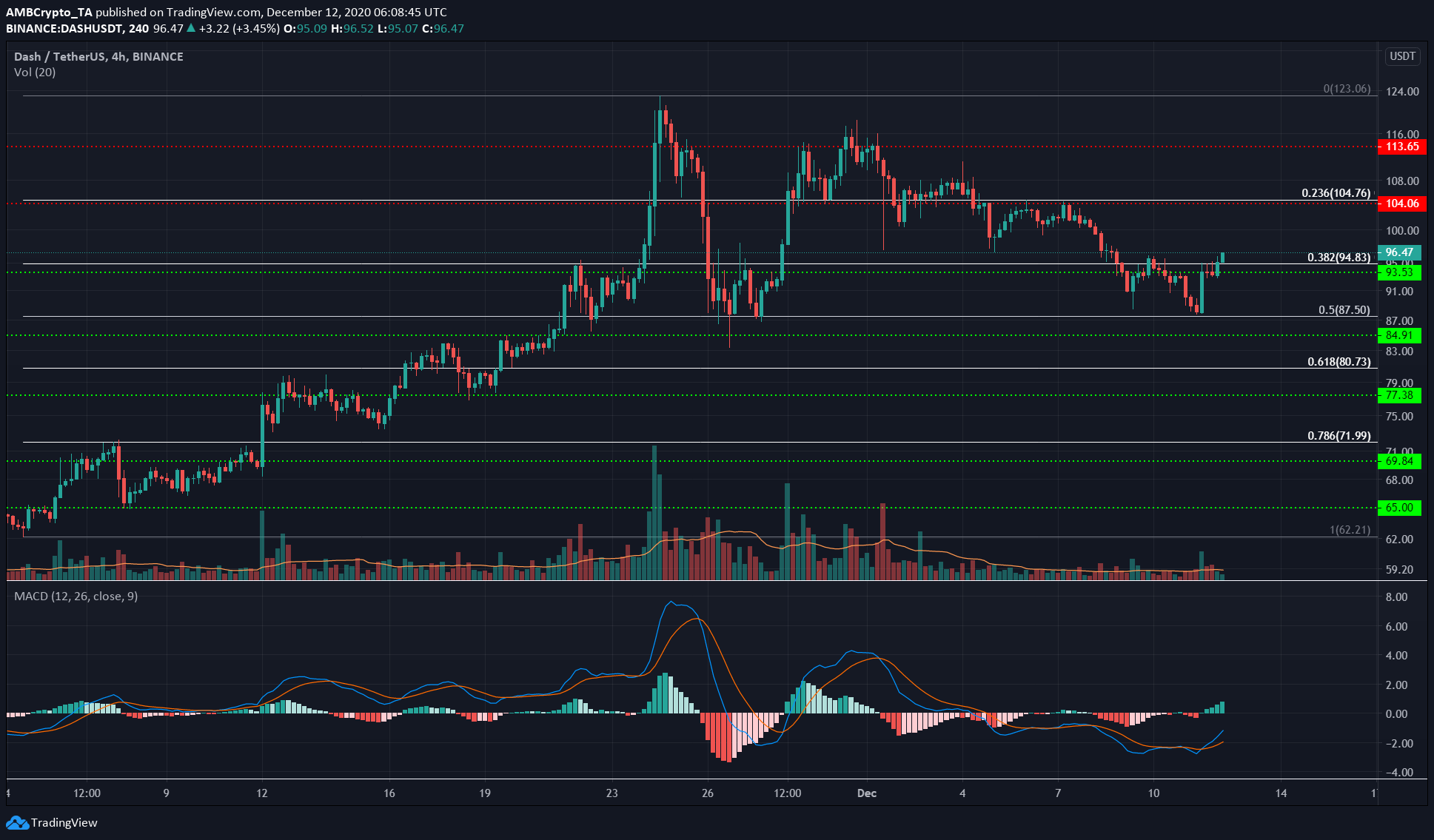 Dash descended from $114 in early-December to $88 a few hours ago. This was only a pullback in the course of a larger uptrend as DASH has posted strong gains since early-November.

Using the Fibonacci Retracement tool for the move from $62.21 to $123.06, some important levels of support and resistance were highlighted. DASH tested the 50% retracement level as support and witnessed a bounce in price with strong trading volume.

It rose past the resistance at $93.5 and the 38.2% retracement level at $94.8, and the MACD formed a bullish crossover under zero to generate a weak buy signal.

The psychological level at $100 and the resistance at $104 seemed to be the next levels of interest to the upside for DASH.