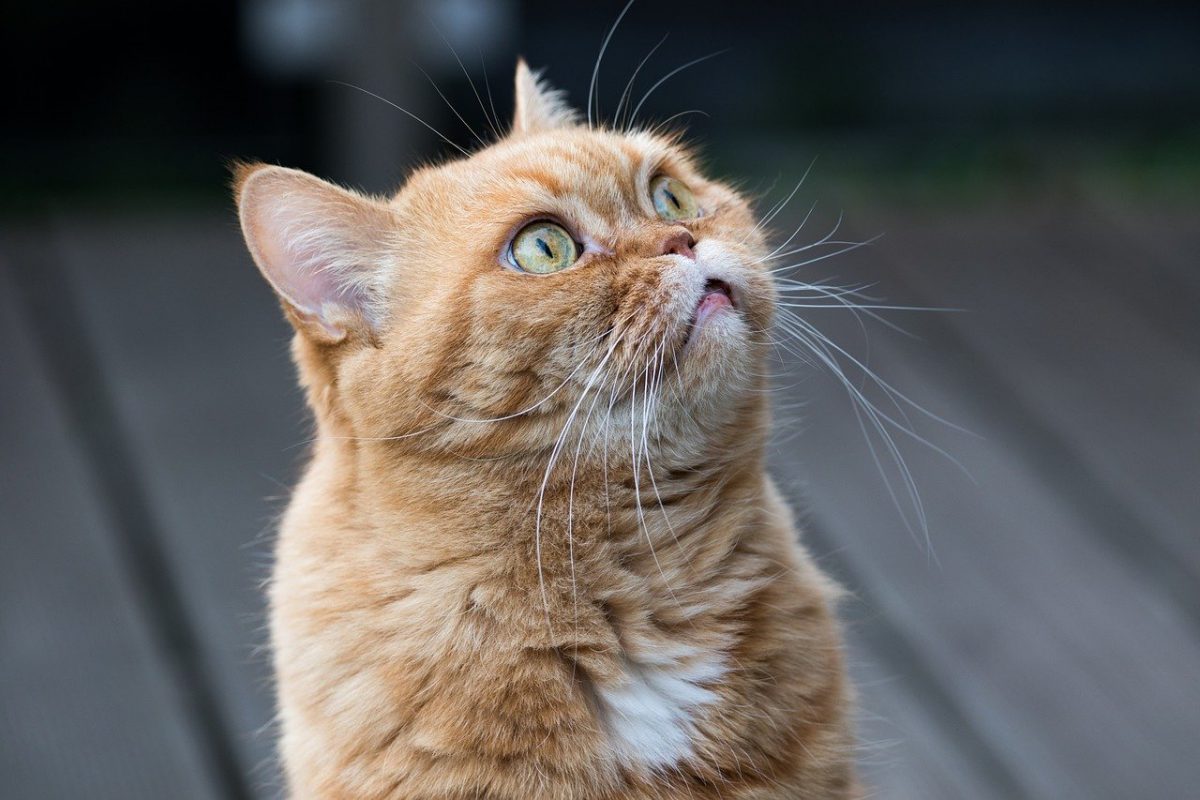 Bitcoin Cash broke past its $460-level of resistance and looked likely to test the $500-zone of resistance in the near-term. IOTA also registered a breakout past-$0.45 and could see a minor dip back to $0.5. Finally, Qtum rose above $3.77 with bullish momentum. 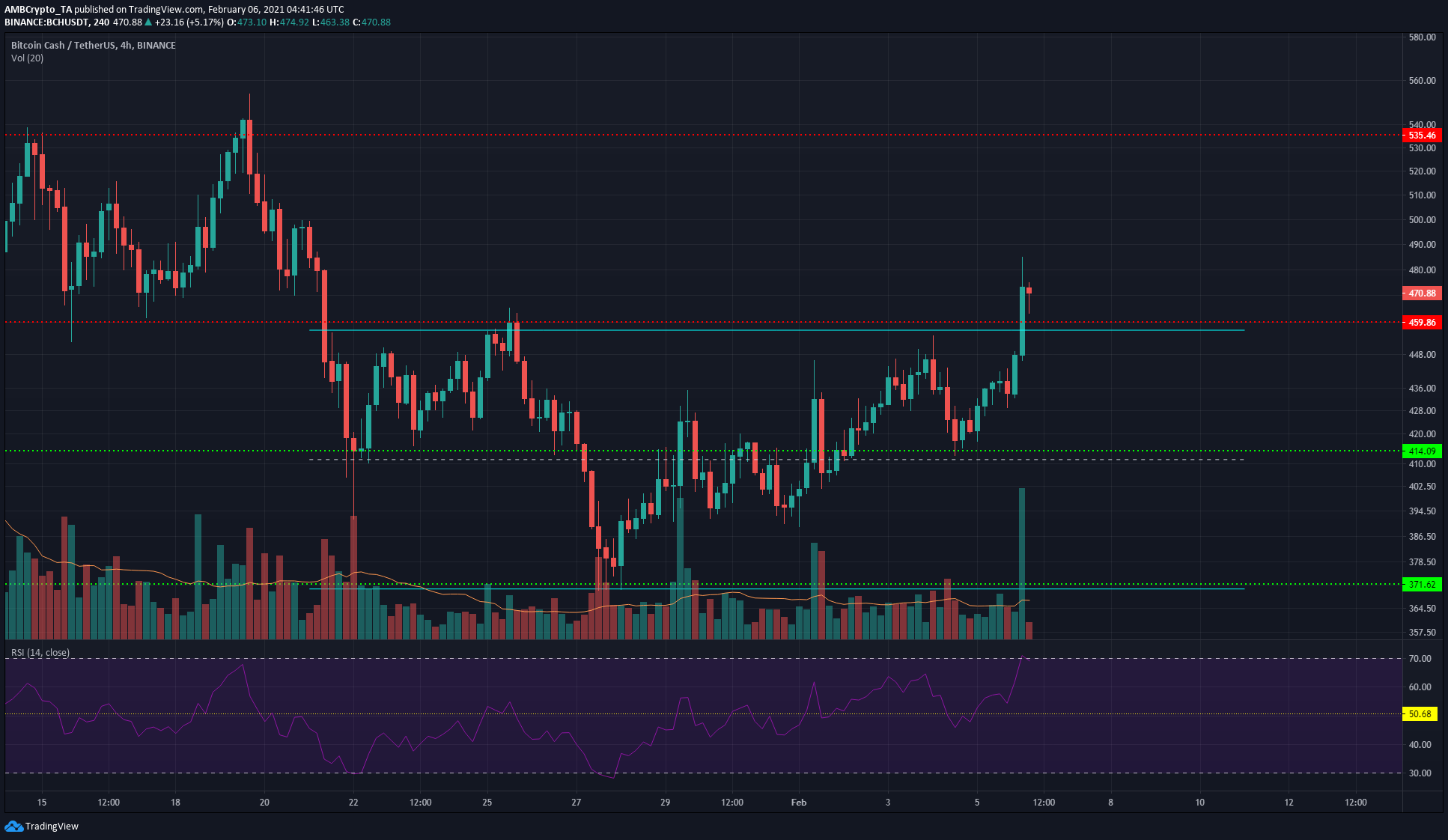 Bitcoin Cash broke out past its range highs at $460, with the next area of notable resistance lying at $500-$515 for BCH. The trading volume backing the breakout was high, with BCH climbing to $485 before facing some selling on the charts.

The RSI climbed higher and was close to the overbought zone, underlining some strong bullish momentum. This could see BCH flip the next region of supply into demand and then consolidate, or test the $500-level multiple times over the next few days before another bullish breakout. 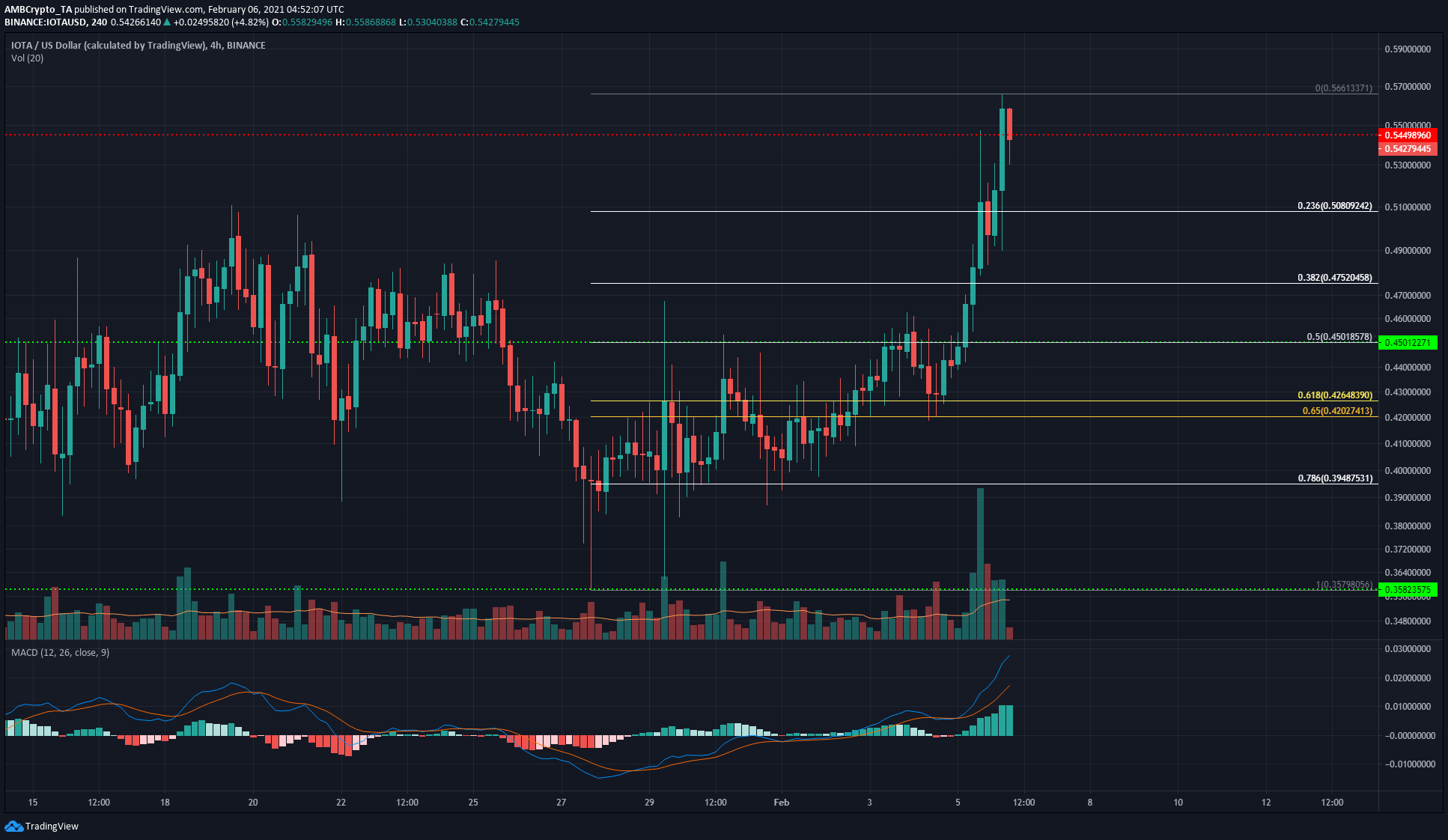 Using the Fibonacci Retracement tool for IOTA’s move from $0.35 to $0.56, some levels of retracement were highlighted as support. An imminent level, the 23.6% retracement at $0.508, could be soon called to serve as support.

IOTA was unable to climb past the $0.545-resistance level, even as the MACD showed that the market was likely overextended towards the buy-side and a minor dip was in the making. $0.51 could see an IOTA bounce and retest of $0.545 once again.

Dropping under $0.51 would mean that IOTA was likely heading lower to the next level of support at $0.475. 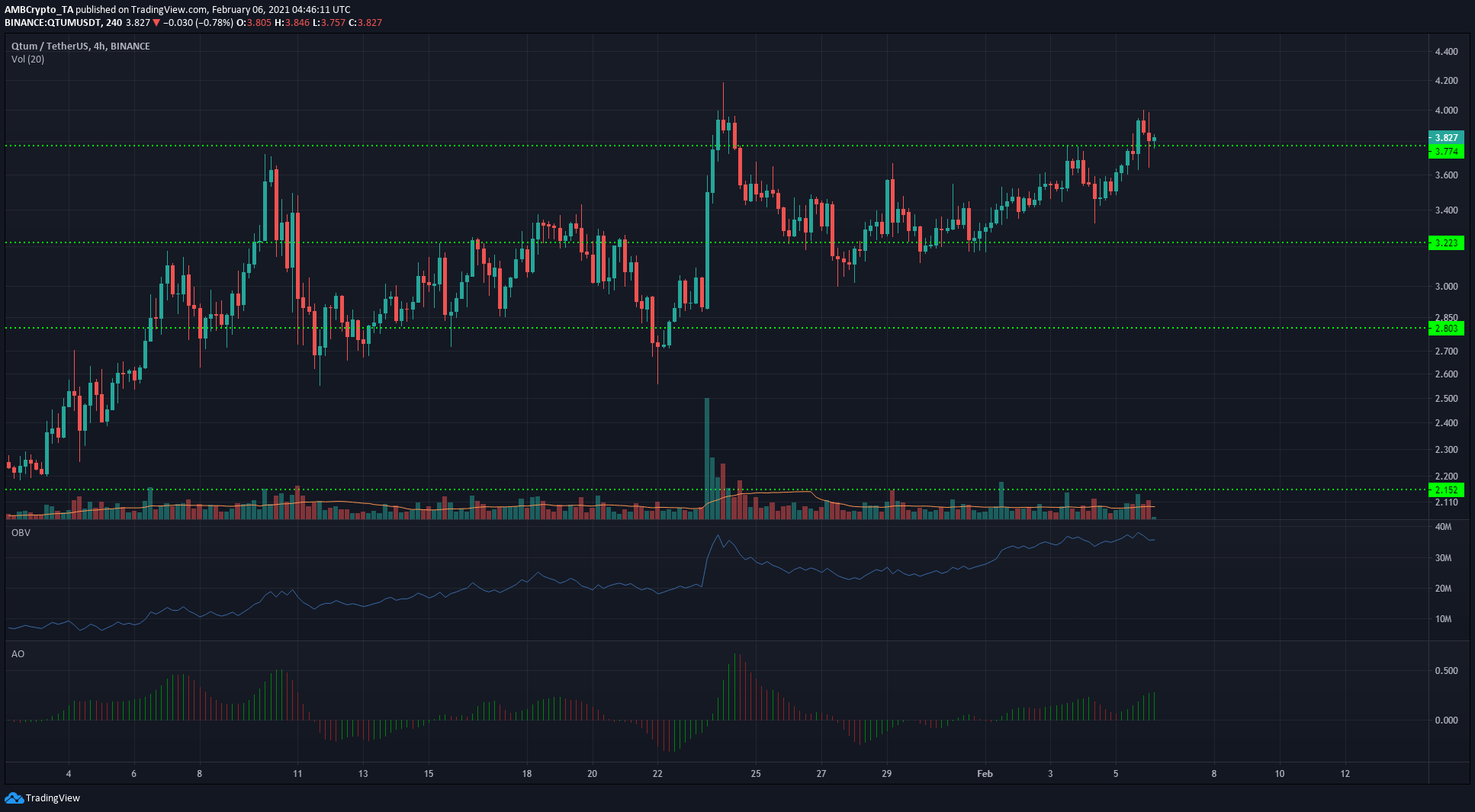 Qtum was on a strong uptrend, driven by steady demand from investors. The OBV highlighted steadily rising buying volumes over the past month as QTUM rallied from $2.15 to trade at $3.82, at the time of writing.

The Awesome Oscillator suggested that bullish momentum was building for QTUM. The next level resistance for QTUM lay at $4.23, with the $4-region likely to pose some resistance as well.

Failure to push past the $3.95-$4 region would see QTUM form a double top, and could lead to bears taking control of the market to push the price back towards $3.

Japan, USA-based investors on opposite ends of crypto-favorability: Survey

Here’s how the crypto community is trying to mitigate Yearn.finance exploit