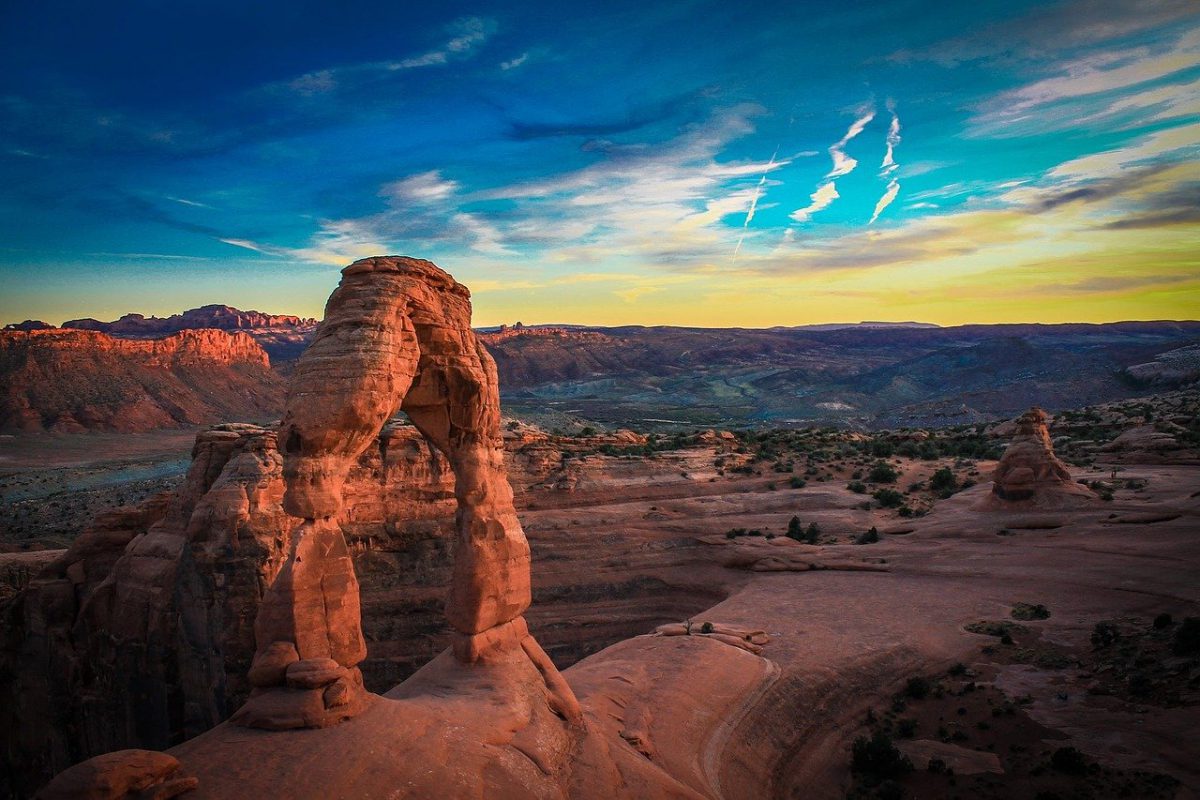 Bitcoin Cash bounced between the $450 and $520 regions as neither buyers nor sellers were able to assert their dominance in the market. Zcash faced some short-term bearishness as it headed toward the $100 region of support, while Decred shrugged off last week’s drop and looked likely to flip the $60 level to support. 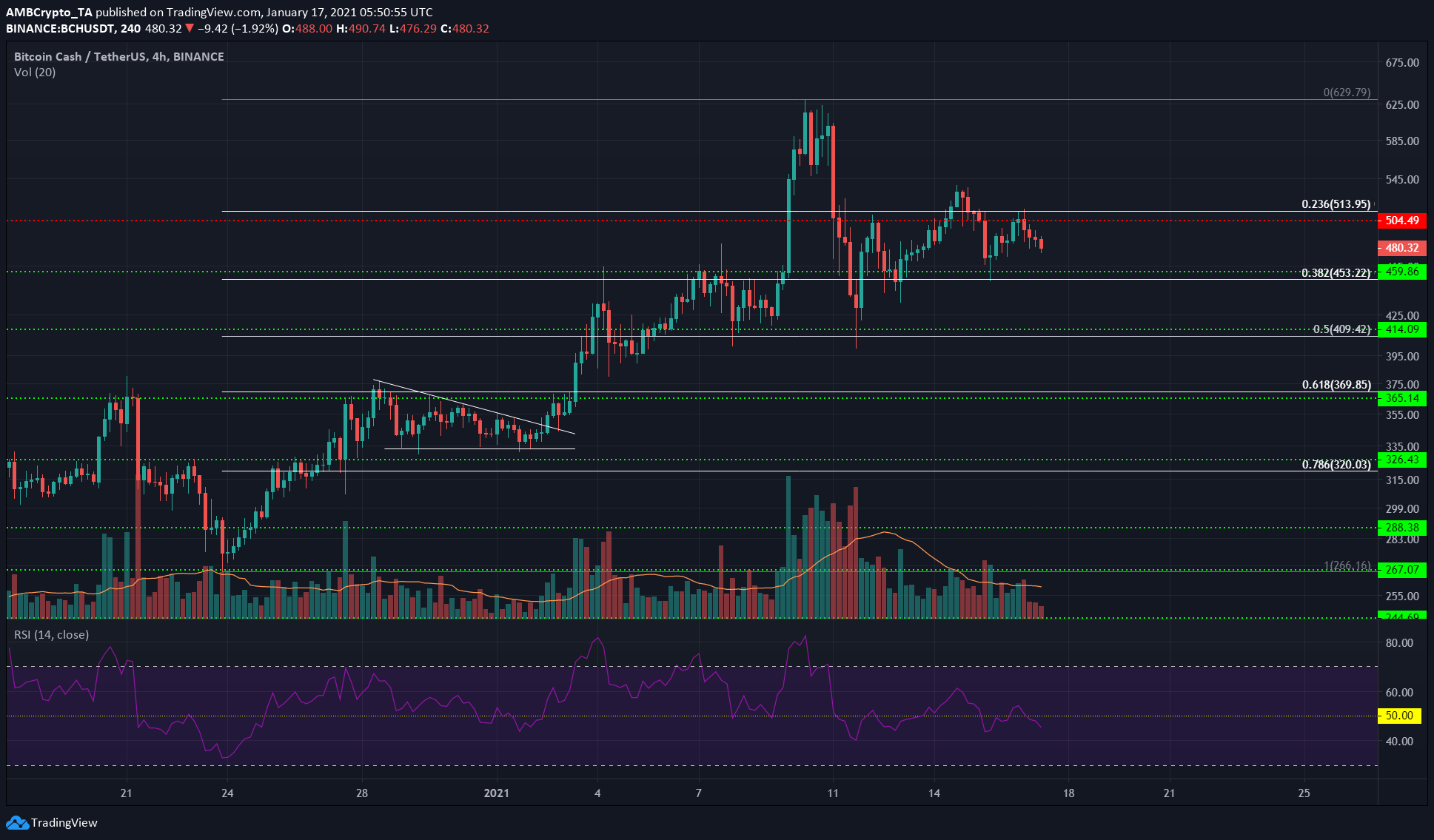 For the upward move from $266 to $629, Fibonacci retracement levels were plotted. BCH faced rejection from the 23.6% retracement level at $514, which is in close proximity to the level of resistance at $504, making it an important region of supply.

The RSI oscillated about the neutral 50 mark and BCH has bounced between the $520 to $450 levels multiple times over the past week. This indicated some indecision in the market, and mark these as short-term areas of interest.

Unless the sellers force the price decisively beneath $450, it can be expected that BCH will eventually continue its prior trend to the upside. 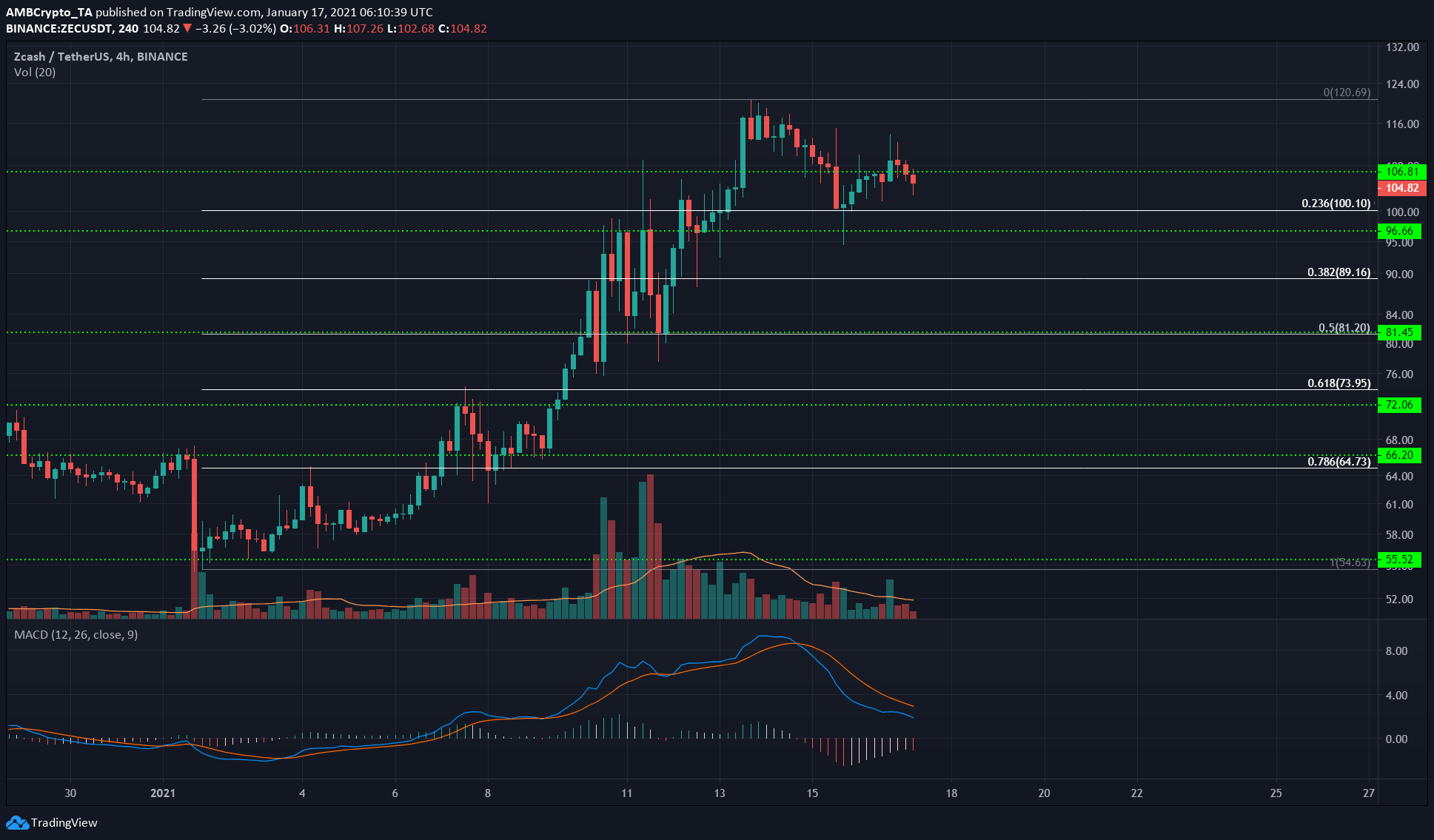 ZEC reached a local high at $120 recently and has slowly been pushed downward since. The MACD indicated short-term bearish momentum.

Closing a trading session beneath this level would see ZEC drop further to test $90, the 38.2% retracement level, in the coming days. However, the longer-term outlook for ZEC remains bullish. 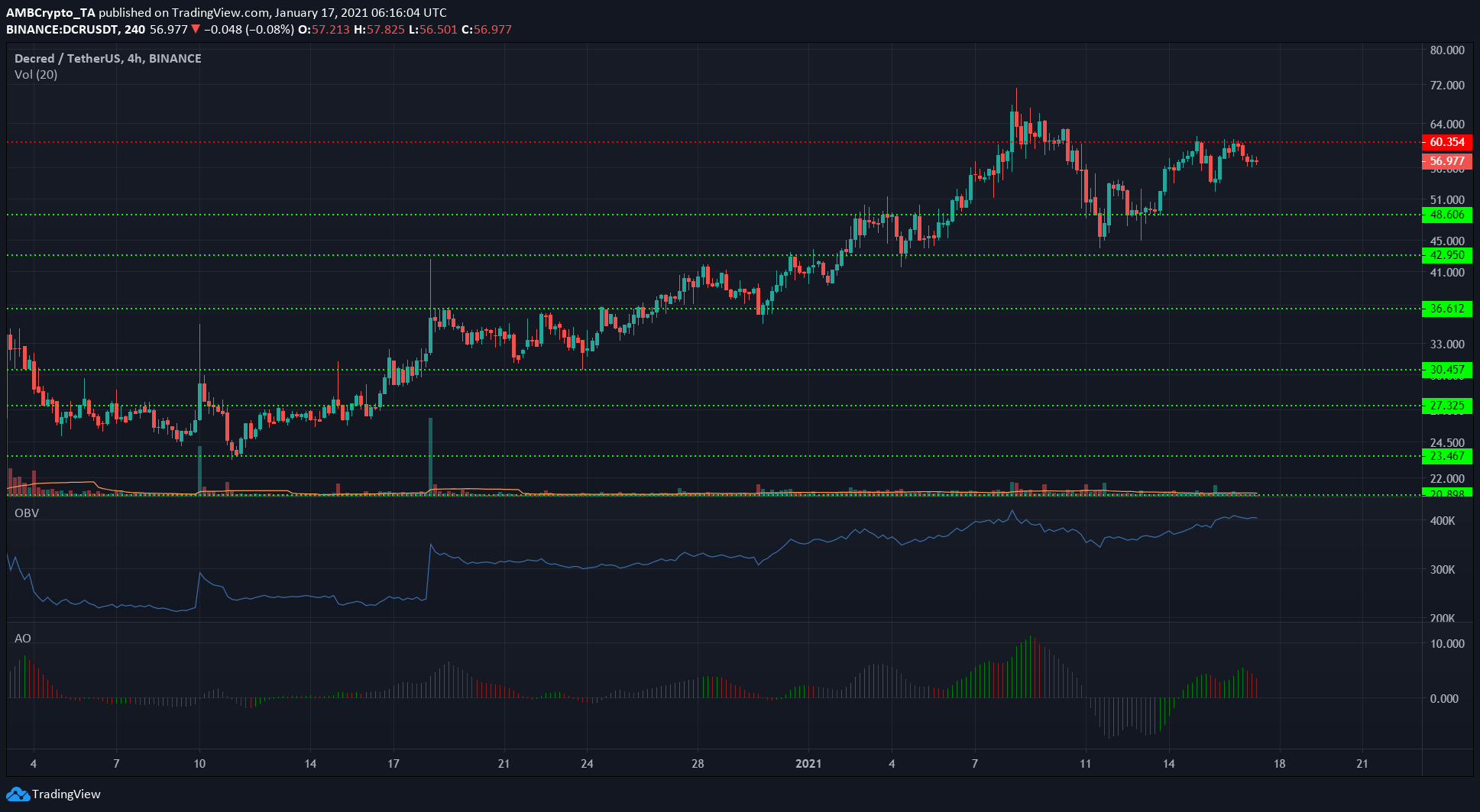 Decred continued to move on its strong uptrend after facing a small bout of selling pressure during last week’s market-wide correction. DCR dropped from $60 to $45 but recovered quickly and tested $60 as resistance as it formed a series of higher lows.

The OBV formed consistent higher lows as well to indicate strong buying volume behind the gains DCR makes. The Awesome Oscillator showed bullish momentum behind DCR and indicated that it was likely DCR would flip $60 from resistance to support in the coming hours.

Will Bitcoin see another trend reversal in 2021?