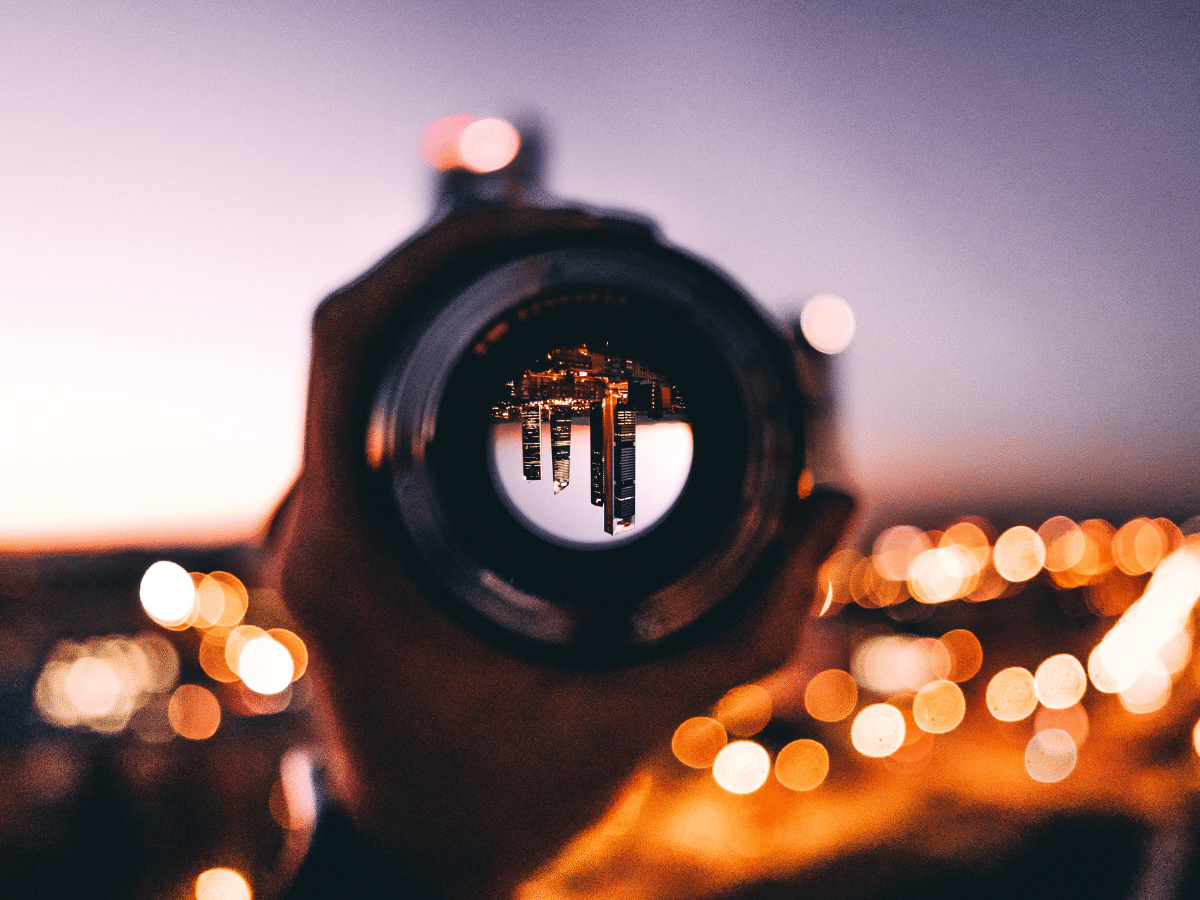 Bitcoin [BTC], like many other cryptocurrencies, followed through with a downtrend in the just ended 16 to 18 December weekend. Needless to say, the downturn led BTC into an historically favorable position.

According to on-chain data source, Santiment, this decrease pushed the king coin into a zone that screamed rebound in value.

📉 #Crypto market caps have flushed downward over the weekend and into Monday. #Bitcoin & #Ethereum are holding up somewhat, but #altcoins have been hit particularly hard. Our model, though, indicates, that several projects are now at historical pain points where bounces occur. pic.twitter.com/oPZnSFdFkH

Bitcoin, trading below $17,000, had been subject to accumulation period discussions lately. But a staggering inability to turn these projections into reality also plagued BTC. However, has this presumption with respect to past cycles had any effect on the BTC trend?

From the on-chain standpoint, Bitcoin was considered below the fair value stance. This assertion came as a result of the position reflected by the Market Value to Realized Value (MVRV) z-score. Based on Santiment data, the MVRV z-score was -0.314. The metric, not being above 6.9 and seeming residing under 0.1 implied that BTC was hugely undervalued. Meanwhile, this does not give credit to an immediate resurgence.

In his publication on the market data platform, the analyst noted that the Unspent Transaction Output (UTXO) suggested an extended bear market.

At press time, the Bitcoin UTXO in loss was on an increasing trend. Thus, indicating that the last market revival had minimal impact on investor holdings. On the part of the Network Value to Transaction (NVT) ratio, Wenry pointed out that it was relatively high.

Since the ratio was high, it indicated a bearish market sentiment as the value was higher than that around the Terra [LUNA] disaster. 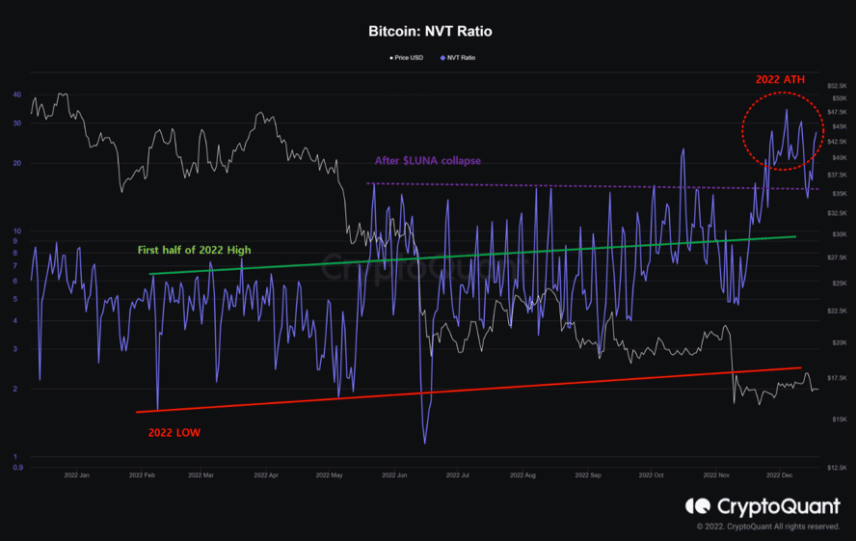 Furthermore, Santiment released its mid-month market update. According to the report, traders’ reluctance to buy BTC was still very much at its peak. This was due to the coin remaining in the negative territory.

As such, it calls for concern about the up-to-date perception towards it. Considering that Bitcoin discussions were high at the beginning of December, increasing social volume and current hesitation in attaching BTC to conversations could move it in a downswing position.

However, a recent action had improved interest while another aimed to push down BTC. In addressing this part, the report read,

“The Fed came out with more hawkishness and raised interest rates once again, which pushed equities and crypto down once again. But on a bright side, all of this volatility seemed to have brought some interest back into crypto discussion boards after such a dead period in the middle part of 2022.” 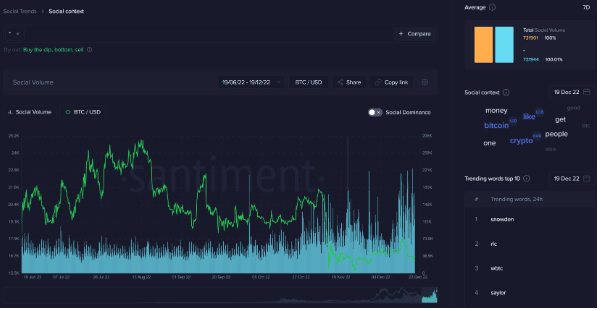 In essence, the Bitcoin condition still prevails in skepticism about confirming the bottom or activating a rebound. Thus, exercising patience and observing the market might be the alternative in this uncertainty.