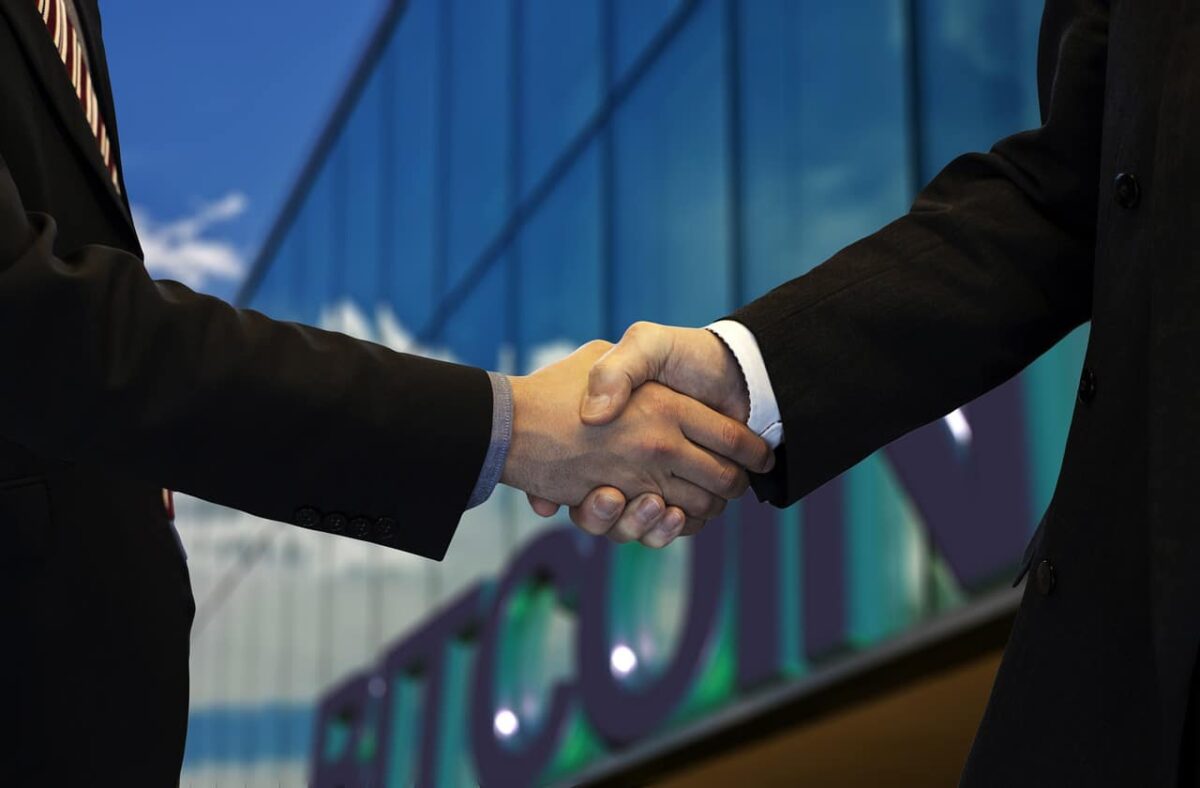 The curious case of Bitcoin has hit a new point today with investors now feeling bullish about its future. The king coin has seen a roller-coaster in recent months with the Terra crash plunging the crypto market. After a brief period of under-performing, Bitcoin has been back again above the long-term $30,000 support line.

Only recently, there were crypto analysts who expressed their bearish sentiment for Bitcoin in the near future. But latest data suggests there is more to come from Bitcoin as it enters another crucial period of maintaining its position above $30,000.

As per a recent Santiment tweet, Bitcoin’s supply on exchanges has dropped to a new low today. This is indicating “HODLer confidence” after the panic sell-off period in May. These splurges of moving Bitcoin to exchanges were prevalent during and after the crash. The supply of Bitcoin on exchanges has eventually reached a 3.5 year low after dipping below 10% for the first time since December 2018. 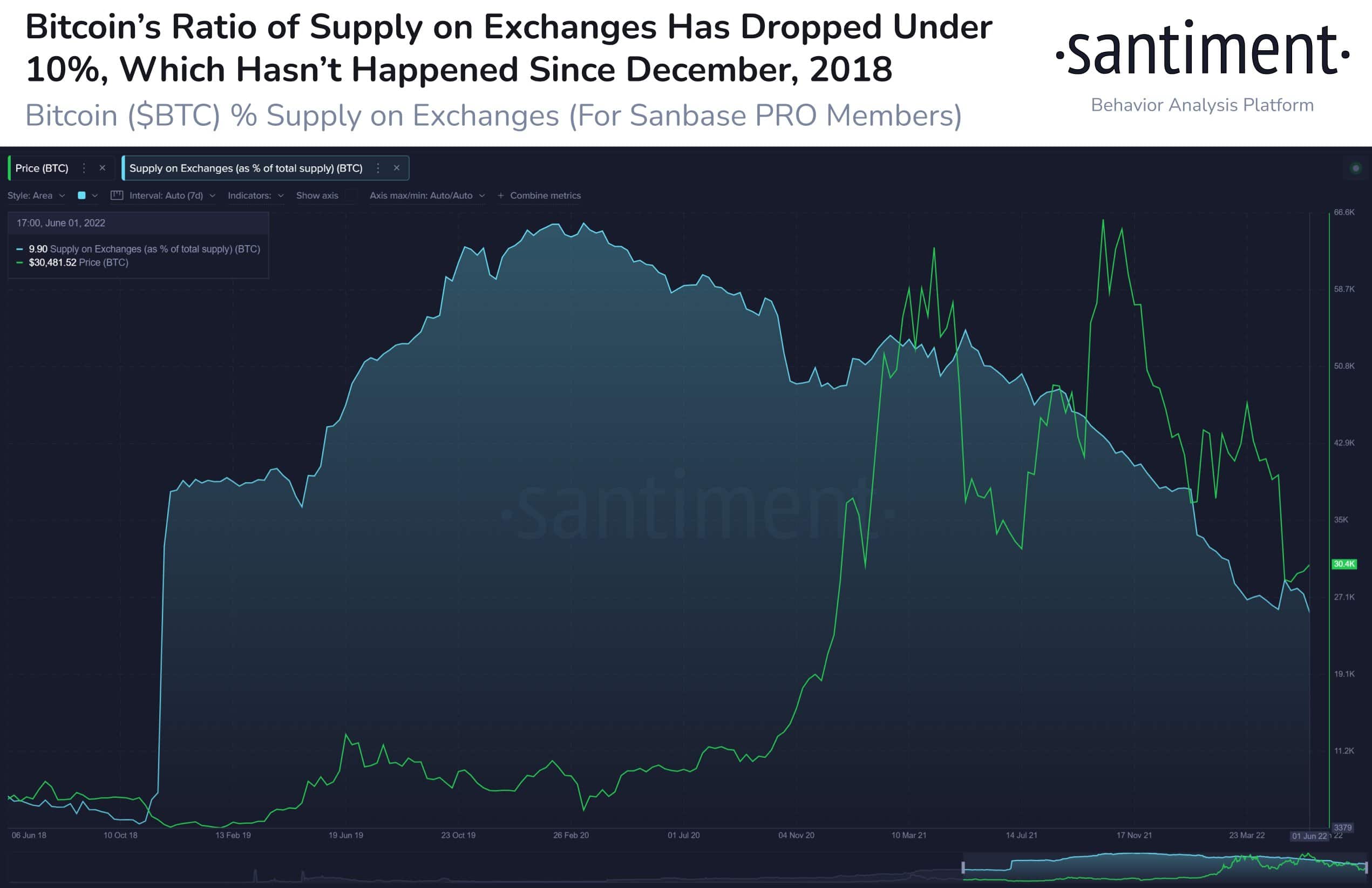 There are other metrics also suggesting investor confidence for Bitcoin right now. A major reason is BTC’s ability to hold its position above $30,000 for a sustained period. The number of exchange deposits suggests a community with self-belief over their asset. This metric dropped to a 19-month low today of 2,195.95 with the previous low observed yesterday at 2,199.23. 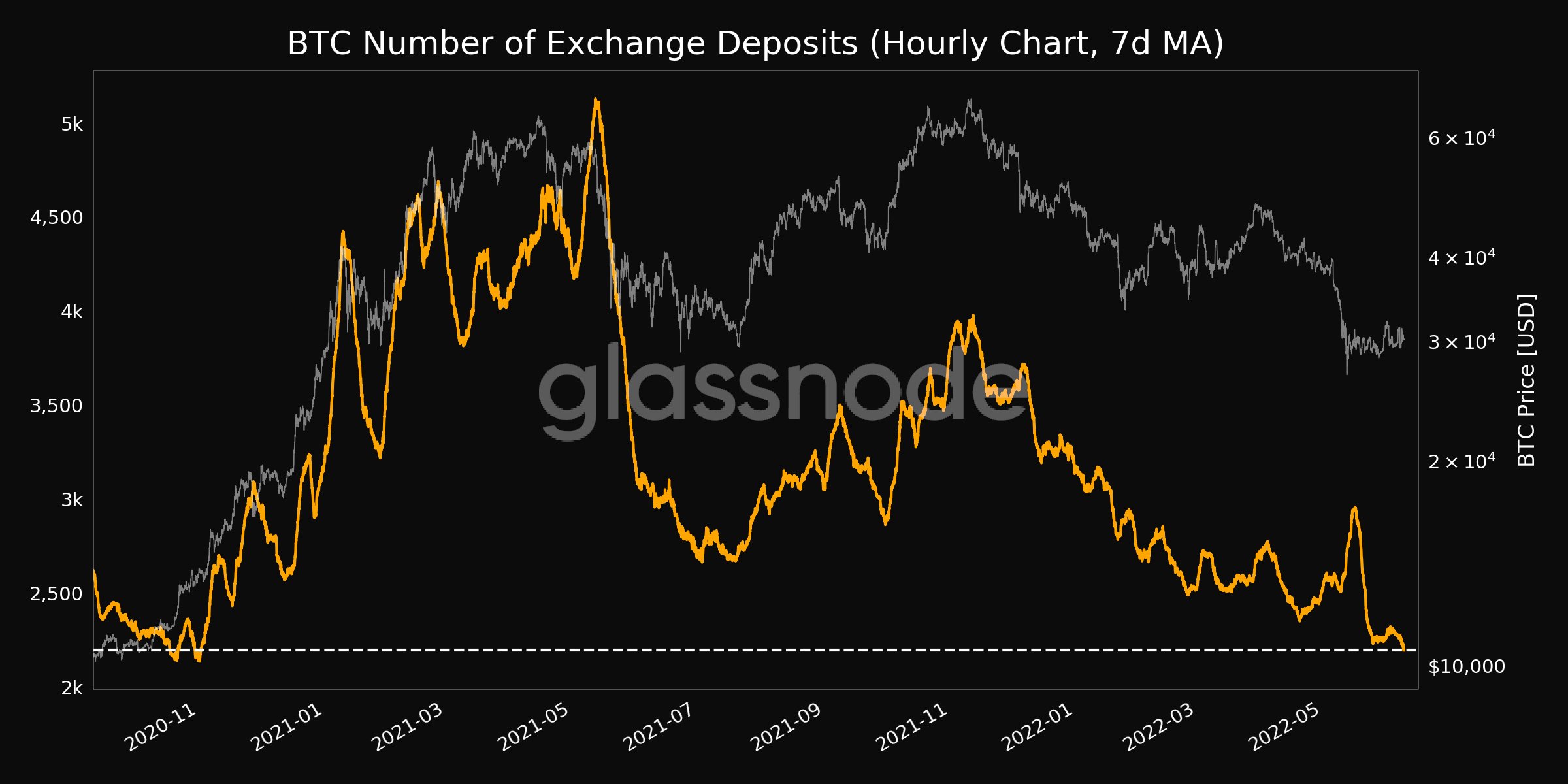 The Exchange inflow volume is another metric suggesting a strong Bitcoin community after dropping to a 1-month low of $32.3 million. The previous low was observed yesterday at $32.6 million. This also means that there is growing certainty among investors that Bitcoin will further rise after the May turmoil. 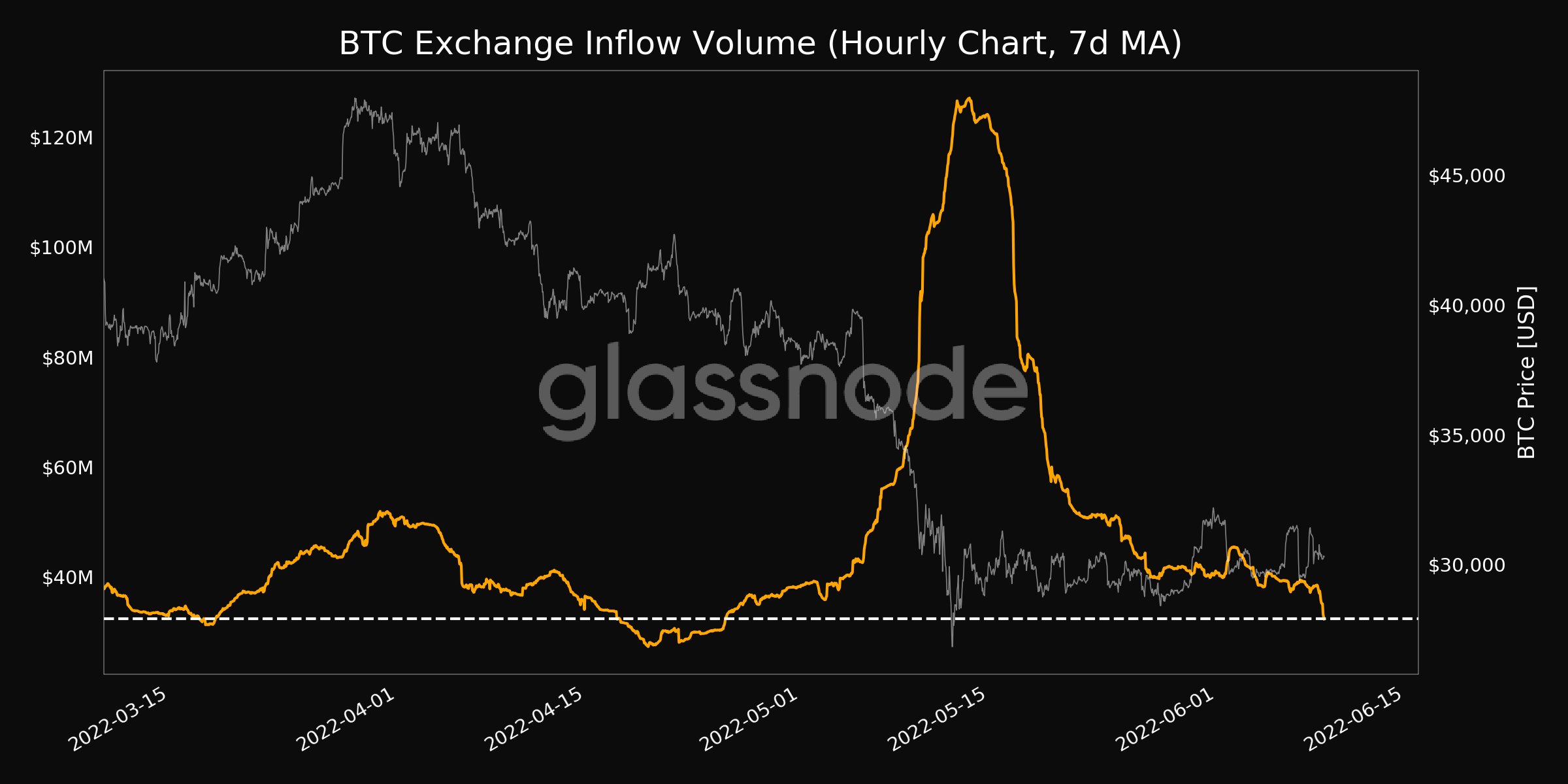 “In search of a bottom”

Prominent crypto analyst Willy Woo gave his 2c on the matter in his analysis on Twitter.

“BTC is attempting a bottom structure which has not yet confirmed. Locally we are seeing strong spot demand by hodlers, likely institutional. None of this matters if macro markets crap themselves,” he said

He further noted that in previous Bitcoin bottoms, 60% of the supply was in losses but this time it is only 47%. To which, he added that “there’s still room for more pain.”

So it seems like the roller-coaster is all set to continue.

Related Topics:BitcoinBTCBTC 2022featured
Up Next

For Decentraland [MANA] traders the next major support levels lie at…

Monero [XMR] kicks off tail emission; is it enough to trigger some upside