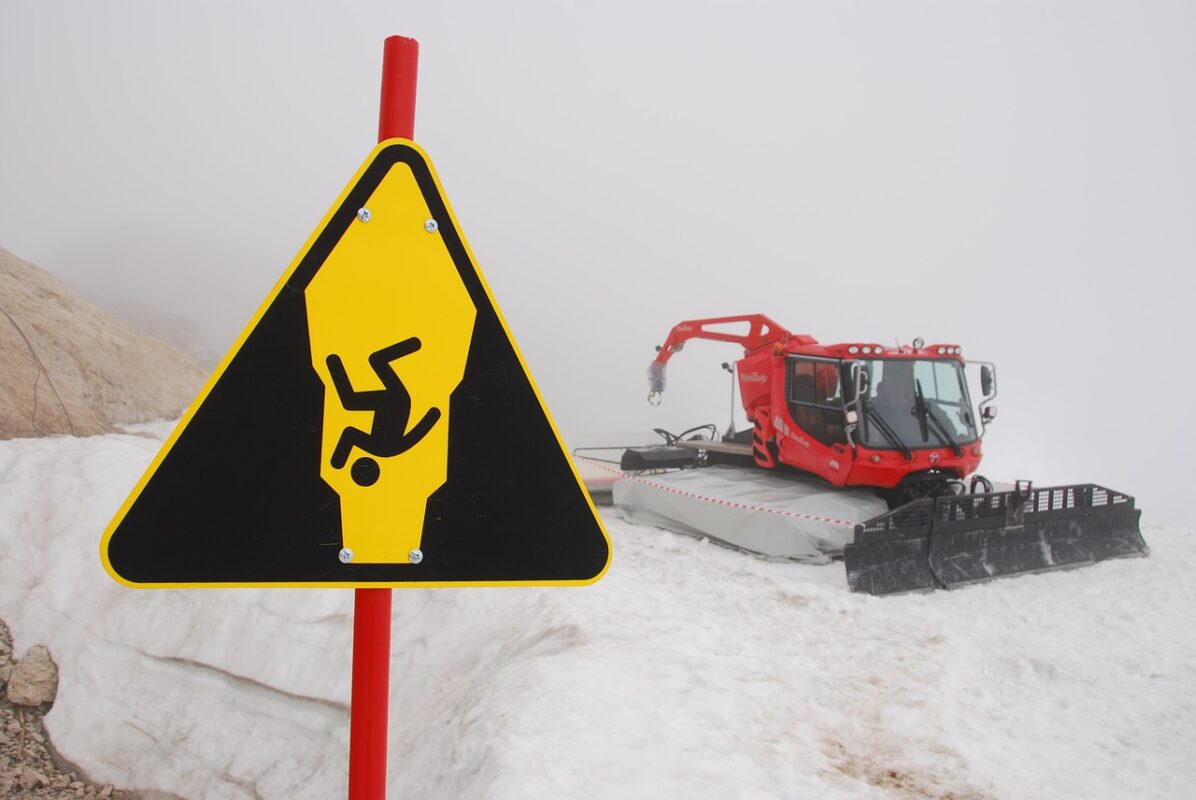 In the month of December, Bitcoin formed a range between $51k and $45.8k. It had a brief foray to $52k but was unable to push any further. In recent hours, Bitcoin broke down beneath the aforementioned range lows and was likely to drop further in search of support.

However, where can the BTC slide be stopped? And even if it is halted, would the downtrend of recent weeks force us back to the $32k lows over the next few months? 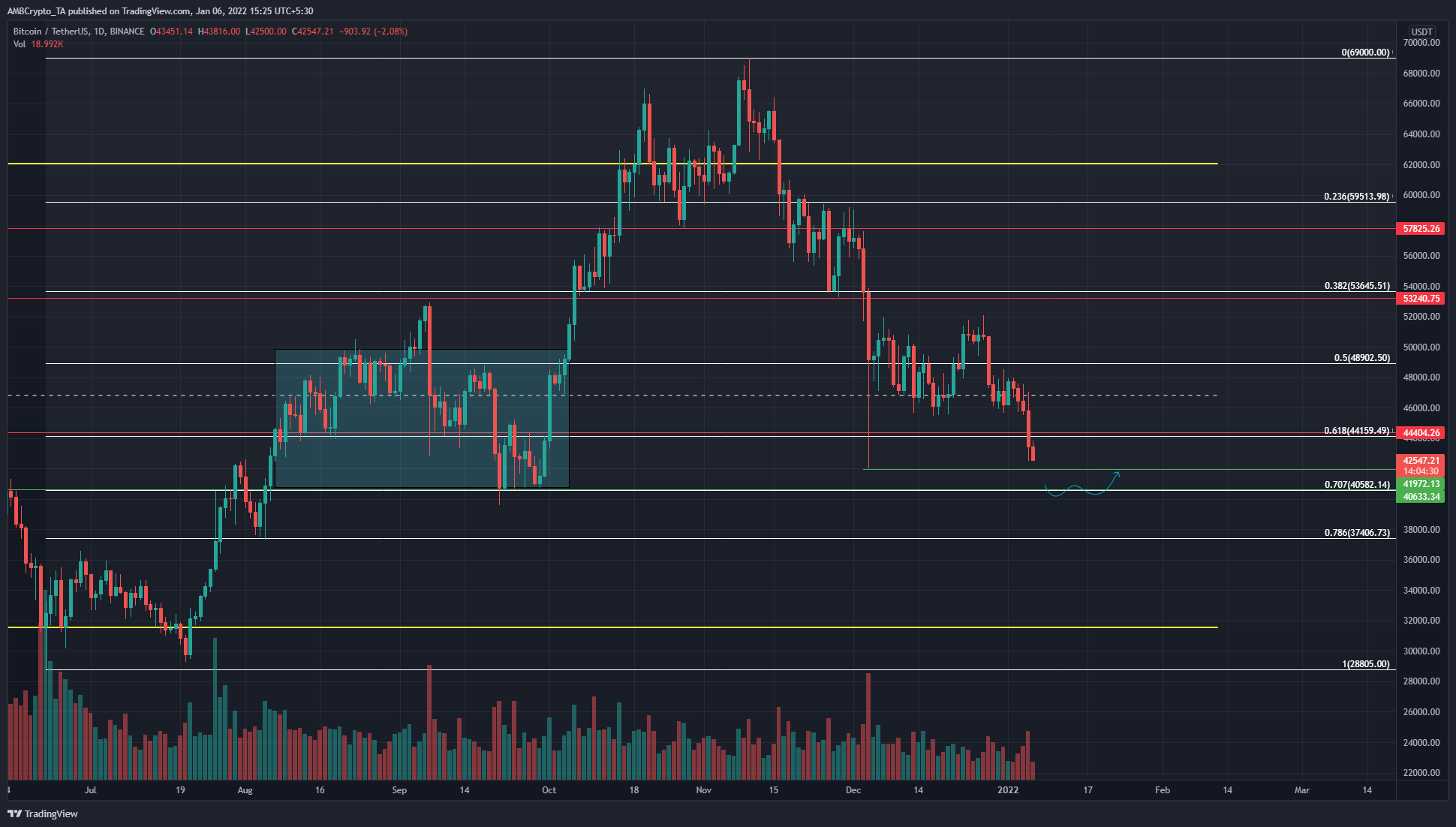 Over the whole of 2021, BTC can be thought of having formed a range (yellow) between $62k and $32k, with deviations to either side. The November highs of $69k were aggressively sold, and Bitcoin traded sideways for most of December.

When the price range tightens in such a fashion, a violent move can be expected to follow. Perhaps the current drop below $45.8k was that move. Even though hundreds of millions of dollars worth of liquidations were forced across the market, Bitcoin could drop some more.

The Fibonacci retracement level at $44.1k (61.8% for the move from $28.8k to $69k) coincided with a horizontal resistance level, and Bitcoin crashed straight through. This could be retested as resistance in the future.

The cyan box highlighted a similar month-long sideways movement for Bitcoin, followed by a sharp drop below $44.1k and a bounce off the $40.5k area. 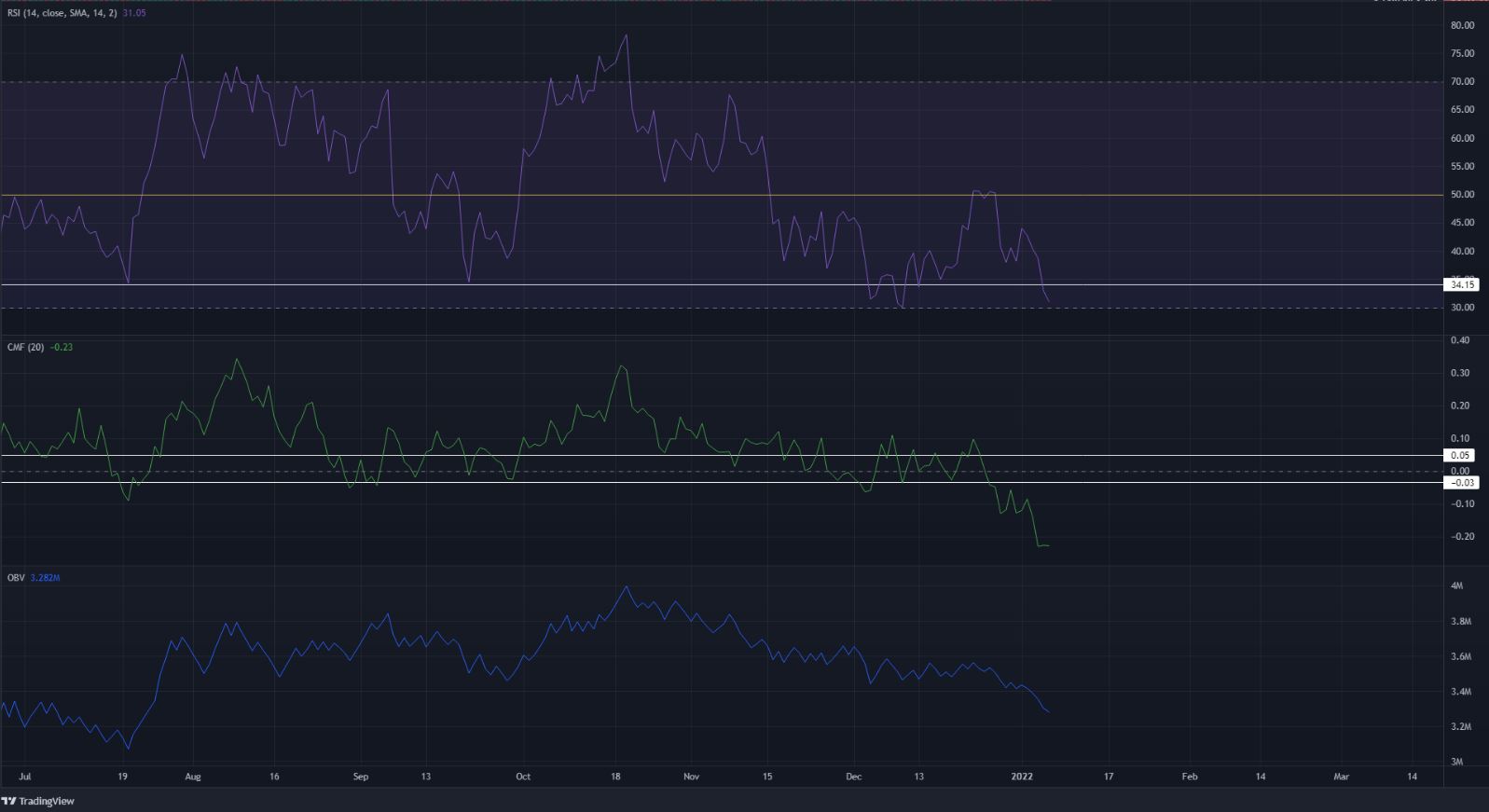 The OBV was in a downtrend, confirming that selling volume was strong behind BTC’s selloff. The CMF was also well beneath-0.05 to show capital flow out of the market.

The RSI fell beneath 34, a level where it has bounced off earlier in the year. This showed that BTC could have one more leg lower.

The indicators showed that selling was strong and had not yet stalled. The price had lost $44.1k as support, and further down the $40.5k was an area where Bitcoin could see a bounce, and maybe even revisit the same level in search of demand, before a recovery toward $48k.

The $37.4k level is also technically within the 61.8-78.6% retracement area, meaning it is a zone where retracements end and a push in the opposite direction could occur. Ideally, bulls would like to see $40.5k hold and BTC to consolidate in the area, followed by a move to the upside.

What to expect from DeFi token Loopring (LRC) after recent dip

Post 15% dip, Axie Infinity may need to wait for better days, so do investors