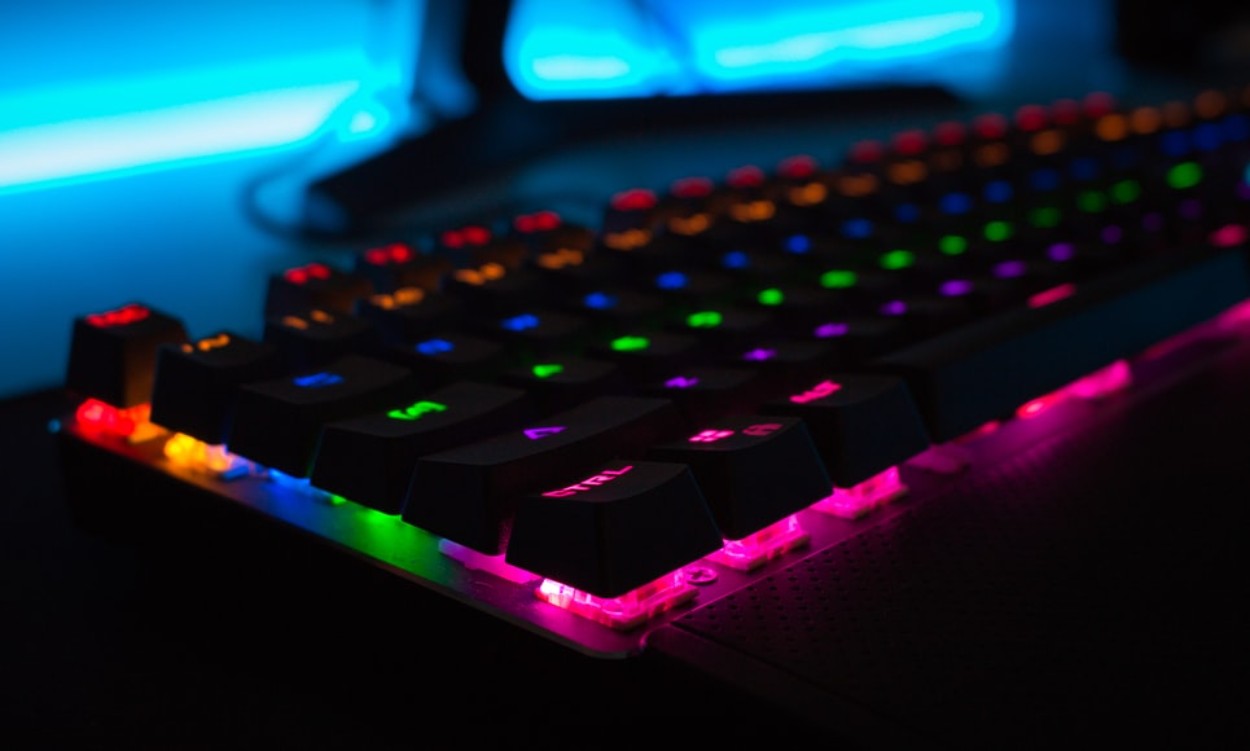 The current state of the market is only beneficial to those who have been shorting for a price fall. Given that the overall market crashed significantly on 5 January, the bears took command. This was the second major dip within a few weeks as the total crypto market first lost 8.25% on 28 December and then over $168.3 billion (7.6%) in the last 24 hours.

Leading this fall was Axie Infinity. It emerged as the biggest loser by shedding more than 15.51% in the last 24 hours. Notably, Axie has been following the broader market trend for the last two months. 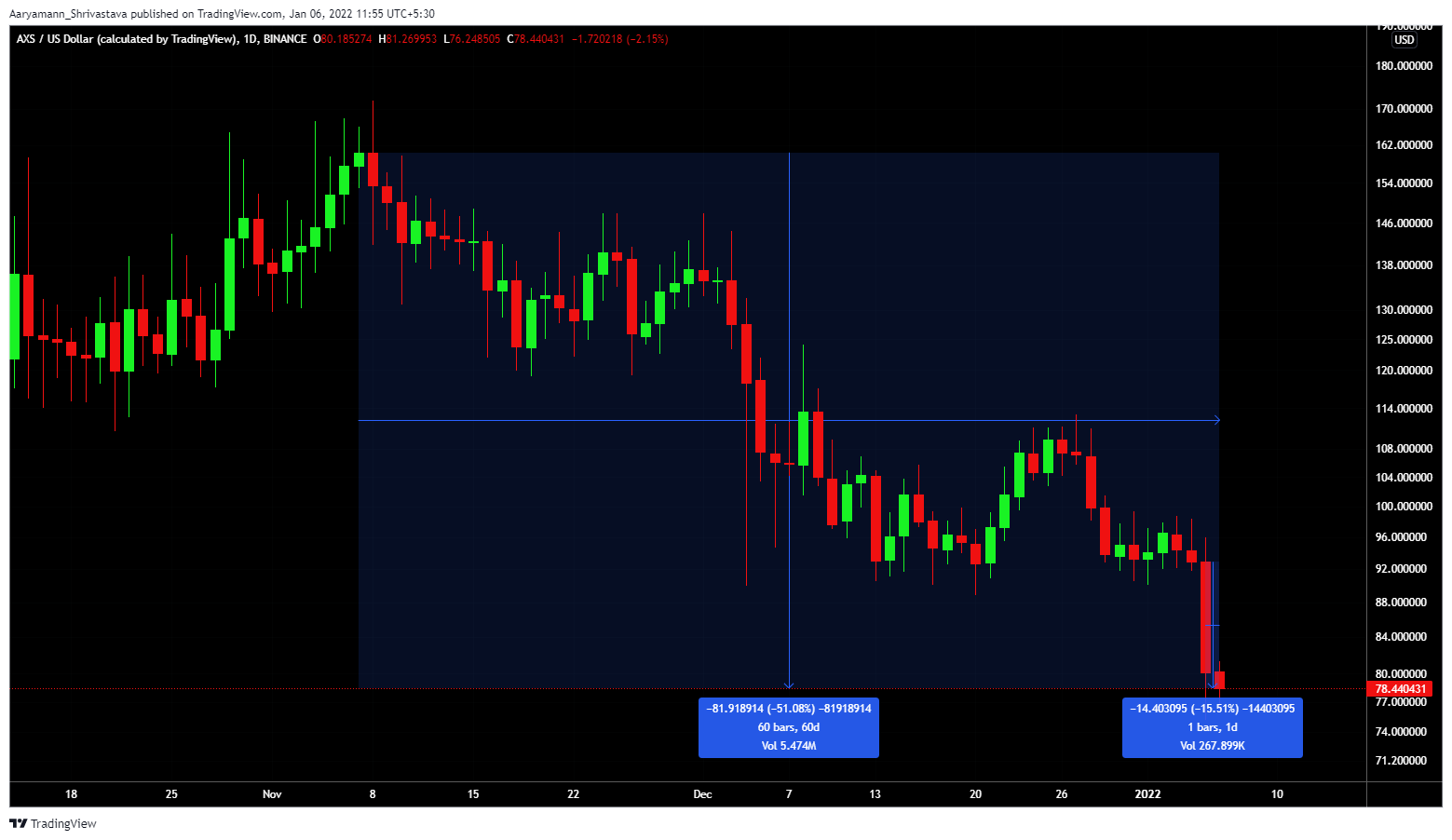 This, despite the fact that the AXS Ronin bridge has been observing higher inflows than outflows, at least for Ethereum. Well, when it comes to Axie, on-chain data indicates almost 5X to 10X higher outflows than inflows over the last week.

The macro bearishness has also led AXS holders to sit idly since there is no solid motivation to move around their assets. This is why, right now, buying has been rampant. In fact, within two months more than 4.7 million AXS has been purchased from exchanges.

Interestingly, this behavior could continue going forward as well. Primarily, because the asset does seem lucrative at the moment since the overall network is still in profits. This is also backed by the investors’ status right now where about 96% of all addresses are safe from losses. 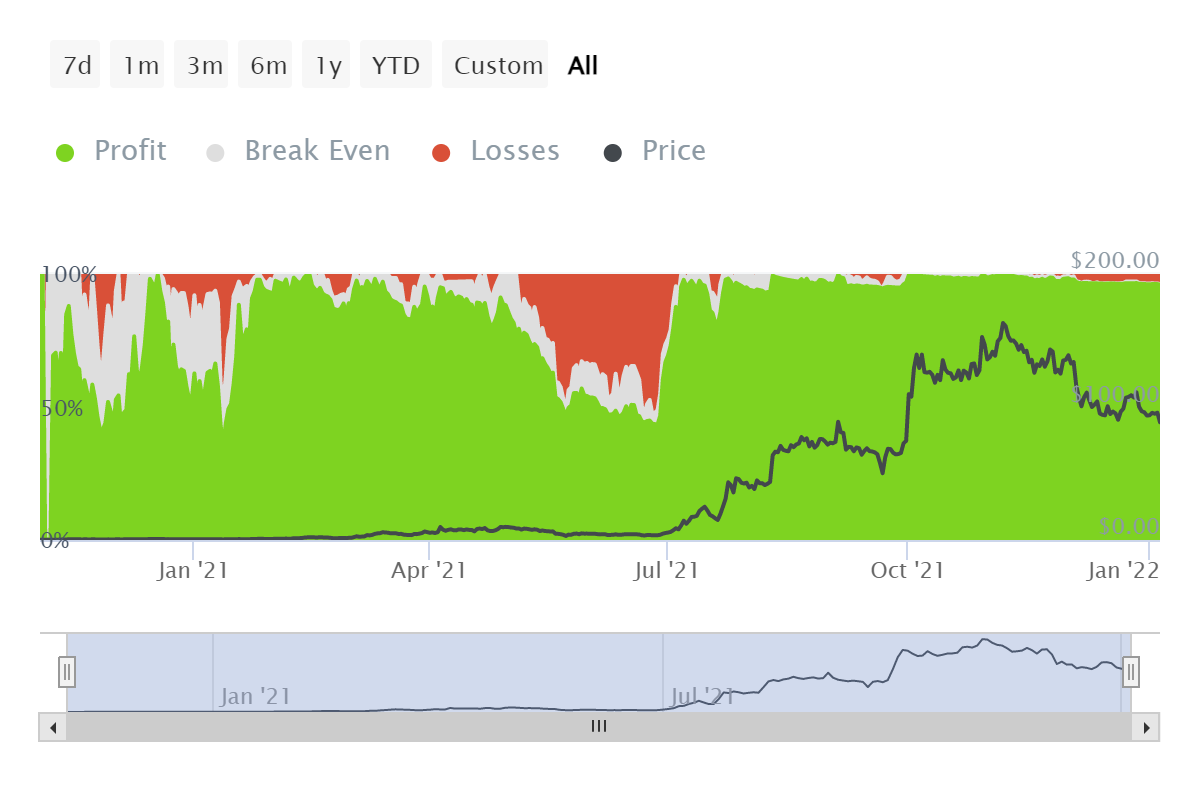 Thus, the network could see new investors joining at the right entry point. However, at the moment, AXS is at its lowest point in three months. Additionally, the Axie team is consistent with their development. And, recently, following the schedule of their whitepaper, they reduced the AXS staking rewards from two million to 1.566 million a month.

However, new investors should be warned of the possible price falls since the altcoin is strongly following the king coin’s movement due to its high correlation of 0.94 with Bitcoin. 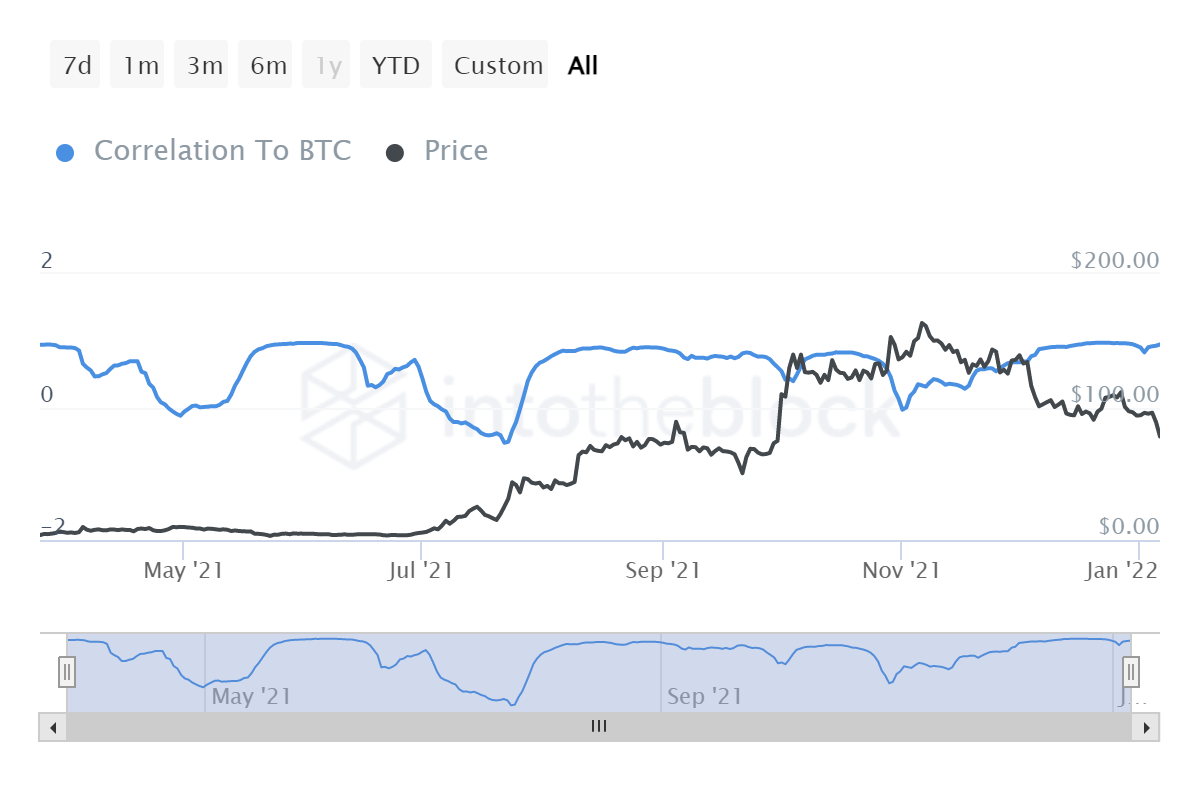 Therefore, it would be best to watch for a streak of green candles before jumping in.

Bitcoin drops below a tight range, but this is where it can find relief