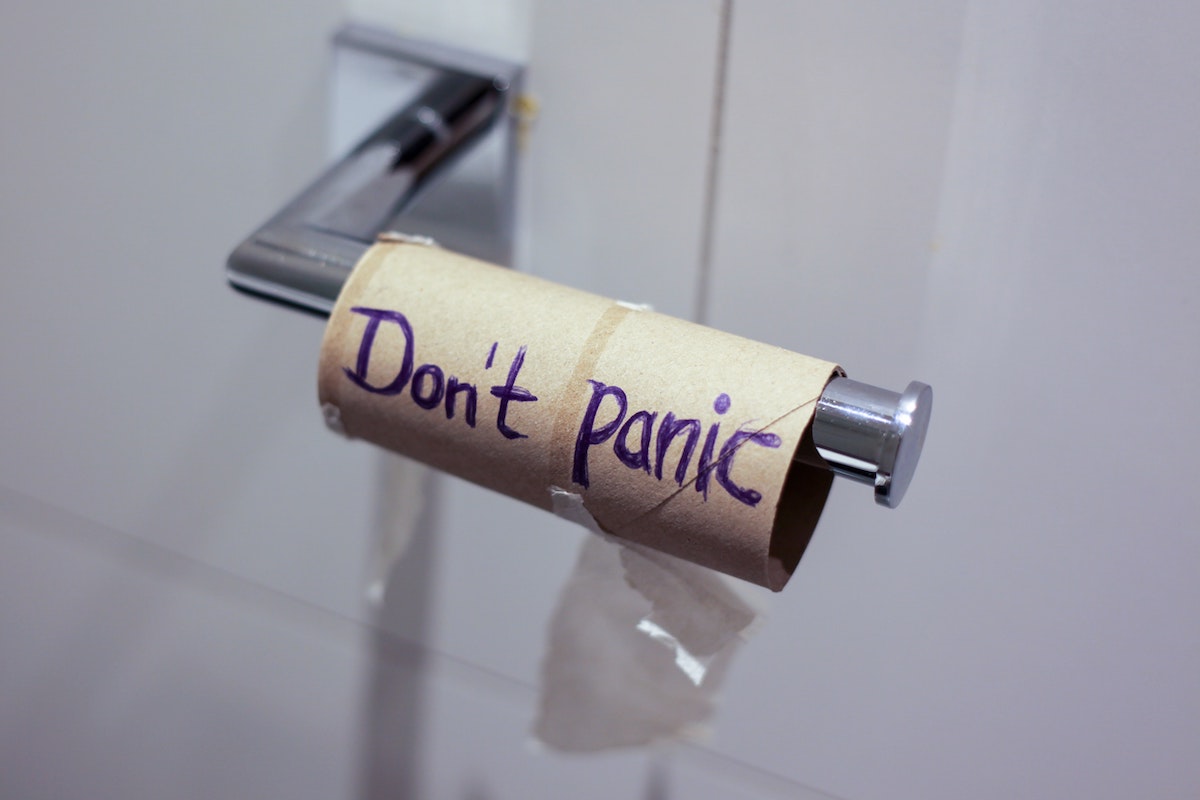 Bitcoin, the largest cryptocurrency began the month of May amidst a cloud of uncertainties. With a decision on United States monetary policy due Wednesday, markets attempted to align themselves with central bank policy. Given these headwinds, investors/trader might fear BTC’s further correction in price.

BTC’s price at press time was trading around $38,400, up 2.2% over the past 24 hours. But, Bitcoin ended April 17% down, setting the milestone for the worst month of 2022 for crypto so far. No wonder, BTC enthusiasts are seemingly losing confidence as per Santiment’s insights.

Bitcoin’s network is seeing a massive 12.5 to 1 ratio of transactions in profit versus transactions in loss territory. This, as per Santiment, showcased that traders’ confidence in BTC regaining the $40k mark appeared to be slim. 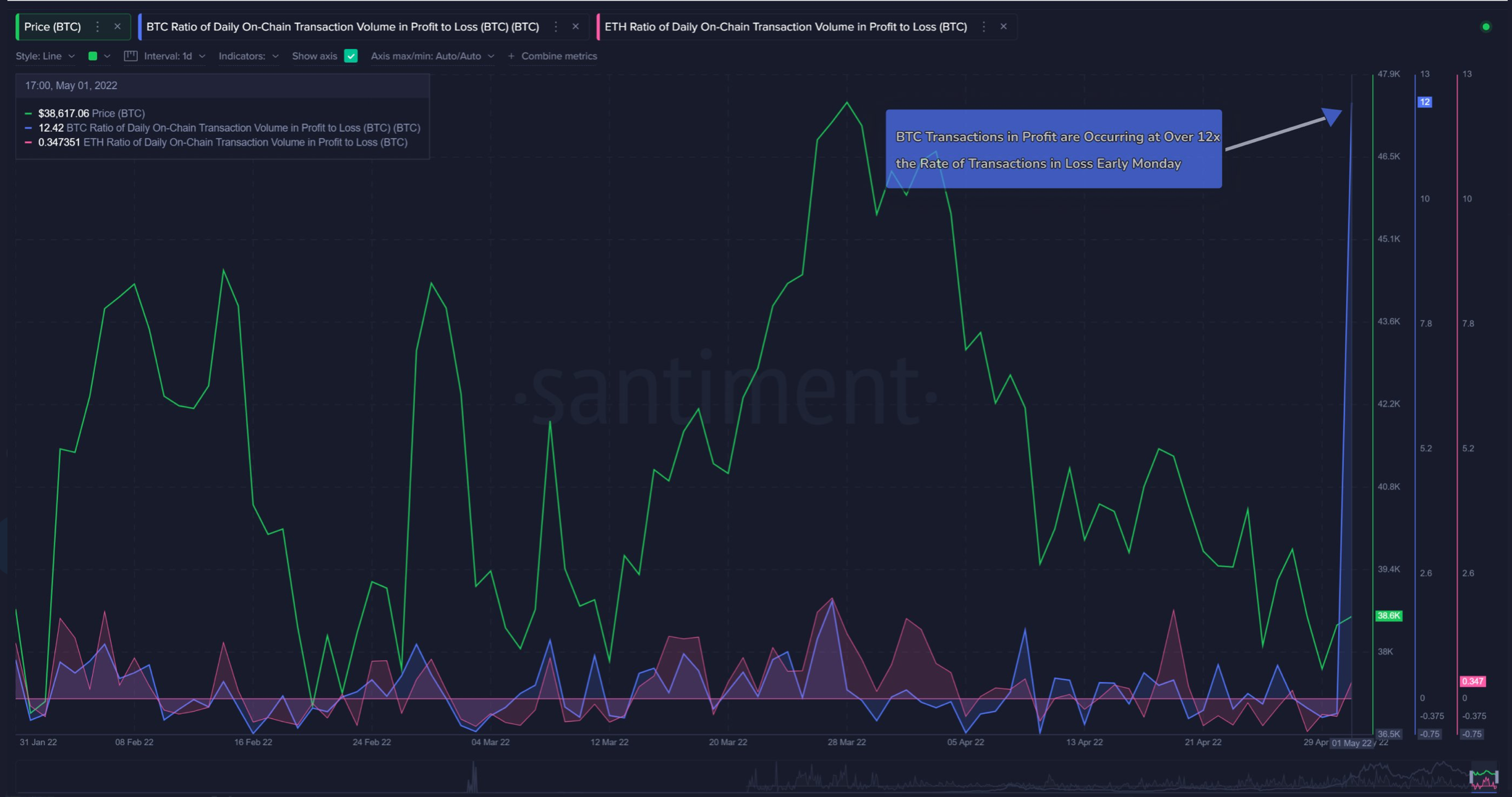 Different renowned analyst within this space too have portrayed bearish price targets for the king coin. On 1 May, legendary veteran trader Peter L. Brandt, who is one of the world’ most respected classical chartists, commented on Bitcoin’s latest price action. And according to him, BTC could very well head towards the $28k mark soon.

But here’s what investors could look forward to.

BTC could be gearing up for an upcoming bullish cycle when comparing BTC’s historical prices. Consider the chart below:

After Bitcoin reached its peak in 2017, UTXO COUNT fell when the downturn began Currently, UTXO COUNT is continuously rising. Based on the green line, the Bitcoin market is the beginning of a new bullish cycle.

As per CryptoQuant insights,

In other words, Bitcoin prices could rally beyond imagination when big institutions finish their buying spree.

In addition to this, Net Transfer Volume to/from Exchanges” stands in the negative territory. The negative volume indicates that token investors are willing to hold onto their investments and not get pressurized by the bear cycle just yet. 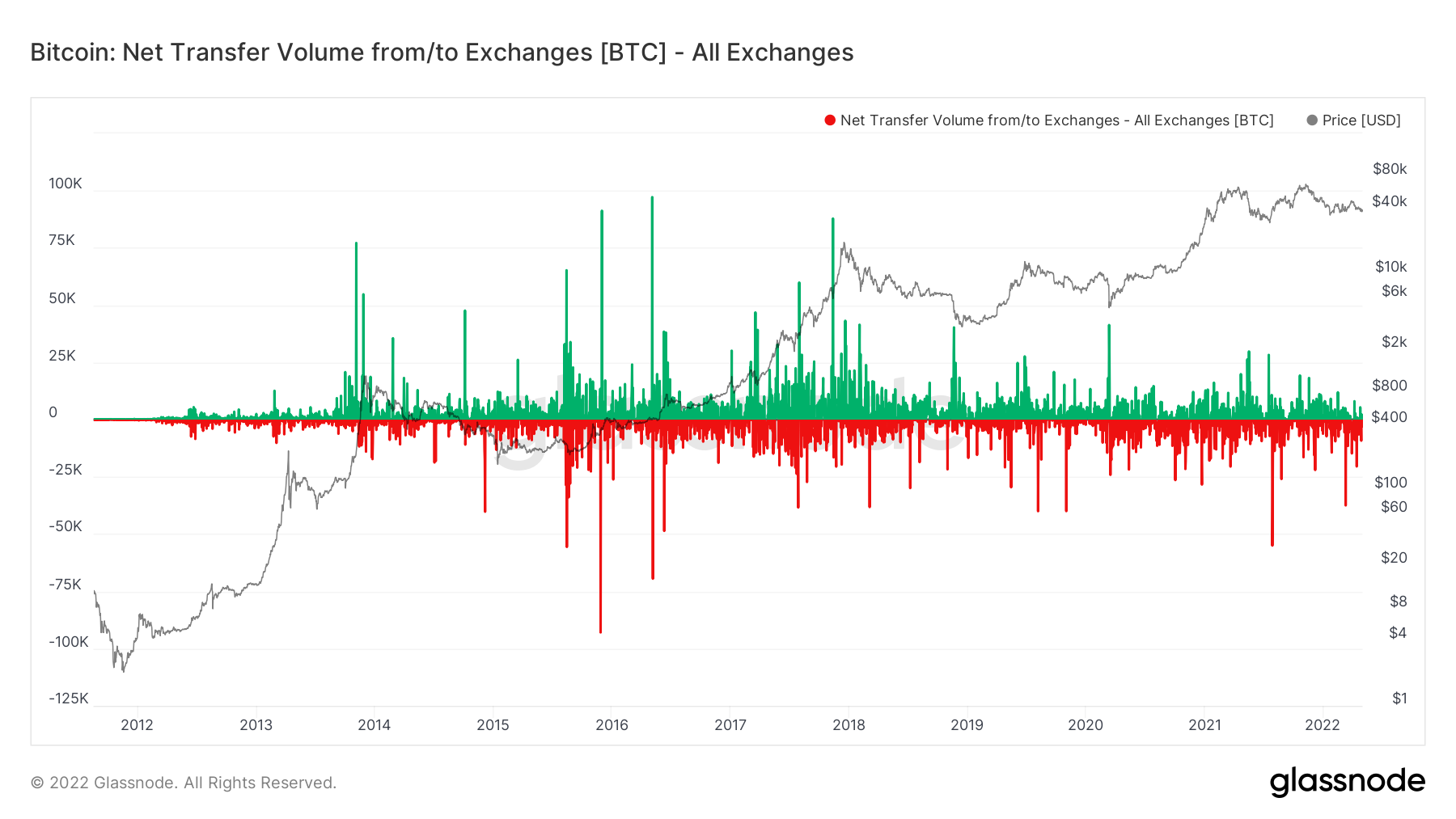 Fallen but not broken

Having said that, the Fear and Greed Index for the flagship token still sustained in the ‘fear’ territory hence investors need to be wary before taking a decision.